Kamel Mennour is pleased to present ‘Nest’, Tadashi Kawamata’s forth solo exhibition at the gallery.
With ‘Nest’, Tadashi Kawamata nests the gallery kamel mennour. He disorients the site by constructing an immense nest the structure of which incorporates the three exhibition rooms and extends into the courtyard. The nest, made of more than a hundred thousand interlaced wooden chopsticks, is an invitation to reconsider the space as if it was inhabited by a parasitic, precarious, and fragile body. Three other small nests, made of wooden slats or chopsticks, echo the larger one. They have been lodged in the inside and outside of the gallery, including under the window that gives on to the highly frequented rue Saint-André des arts, in Paris, just around the corner from the Place Saint-Michel.
These nests stitch together fluctuations of light and dark, an invitation to dream the space, to reexamine it, to reinvent rather than curl up in it. Kawamata’s nests are not a symbol of withdrawal but rather a reaction to a given situation and place, a possible mutation in the building and the beginning of a new flow. ‘My works are like bumps on the forehead,’ he says. ‘They’re an organism’s reaction, feeding on and disappearing from it as quickly as they appeared.’
‘Nest’, like all Kawamata’s works, is site specific. ‘I don’t make work in order to exhibit,’ he says. ‘The creative process always begins after I’ve seen the exhibition space.’ And the initial sketches will be unfailingly modified by the comments and ideas of the ephemeral community of builders Kawamata engages in the process of each of his creations.
Without a collective, no work. In this sense, he is a good illustration of the ‘relational aesthetic’ theorised by Nicolas Bourriaud: ‘The space where [the] works unfold is entirely that of interaction, the space of opening that all dialogue begins.1’ The heterogeneity of these ephemeral communities contrasts with the homogeneity of the materials. These are always poor (wood, cardboard, etc.), always form a structure, and are always used in proliferation. 4000 stacked chairs, a torrent of five thousand wooden crates, a hoard of hundreds of easels…
Whether these assemblages come together in a crescendo like the ‘Cathedral of Chairs’, or are resolved in architectural punctuations like the perched cabins, Kawamata is always composing a rhythm, a musicality. This musicality is related to the ‘outsider art’ tonality of the Facteur Cheval or Francesco Toris’ ‘Nuovo Mondo’. It also has parallels with the philosophy of the musician John Cage: ” Using chance gets rid of prejudices, of preconceived ideas of order and organisation”2. The unexpected is Kawamata’s motor. The process predominates over the result. His practice is inspired by favelas, urban camps, and their makeshift inventions. Just as much as this, it is inspired by the special energy of cities.
As a child being raised in the isolated mountains of the Japanese island of Hokkaidō, Kawamata used to dream of the city, its swarms, its dynamism, its wall and bitumen colours. The city became his biotope. It is where he invents an aesthetics of the fragment, of the interstice, of disturbance. A street art sculptor, he more readily identifies as an activist than as an artist. Like in the game Mikado, he loves shifting a single wooden stick and disorganising everything. Nothing is eternal, the river runs like time, change is the essence of life. Tadashi Kawamata’s works accompany the impermanence of the world. 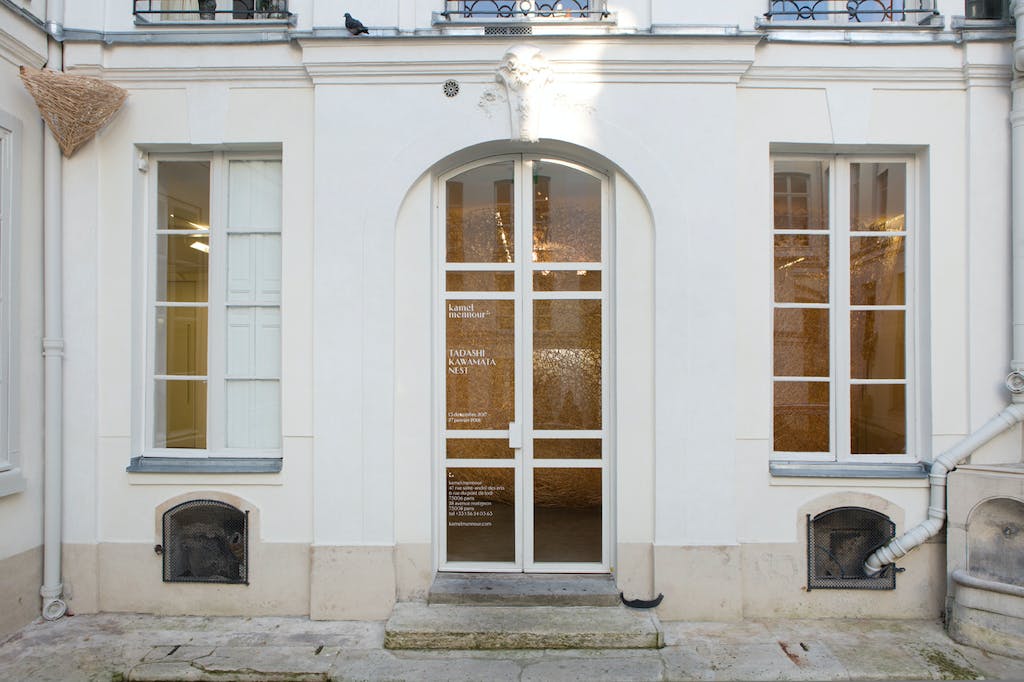 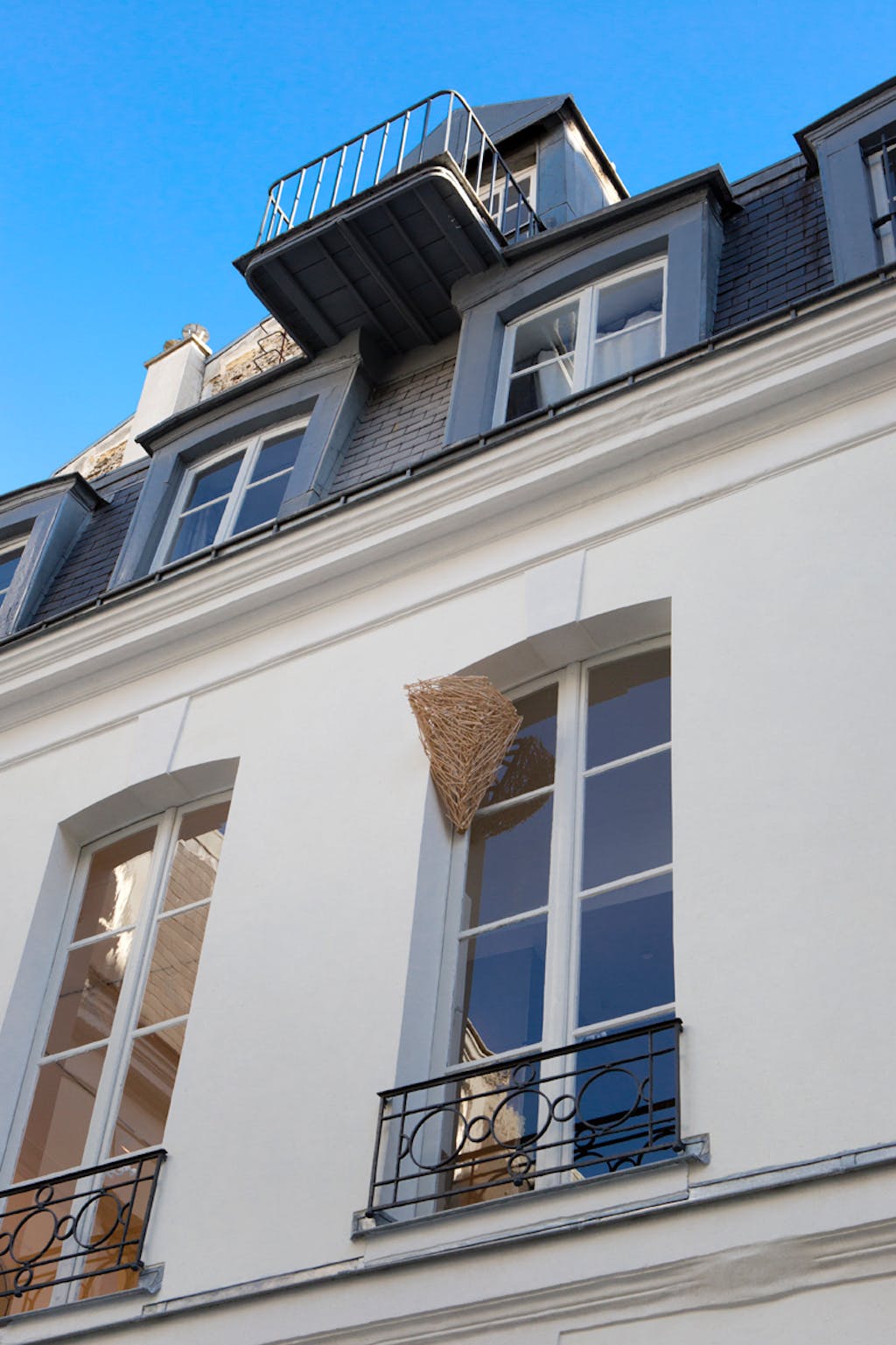 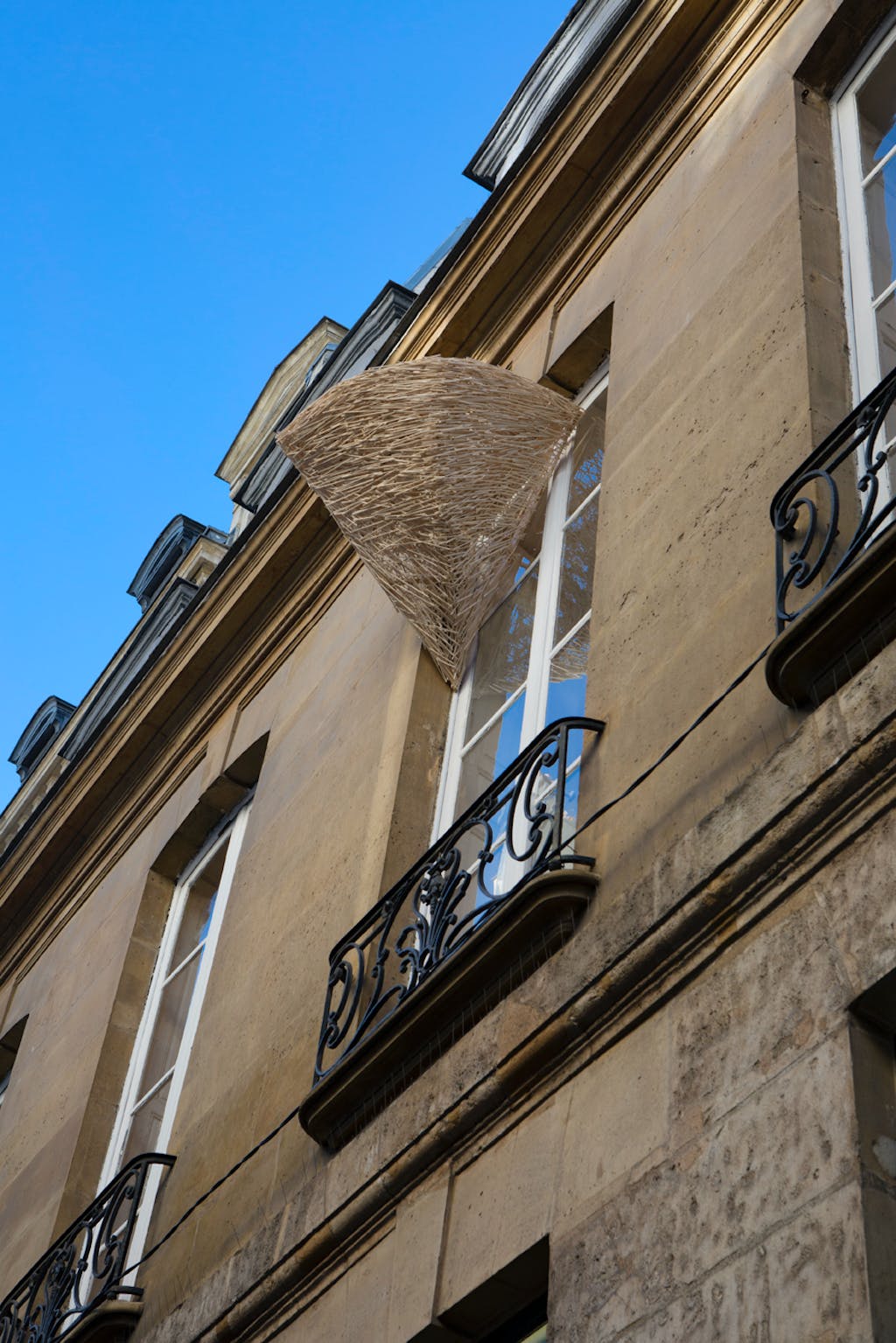 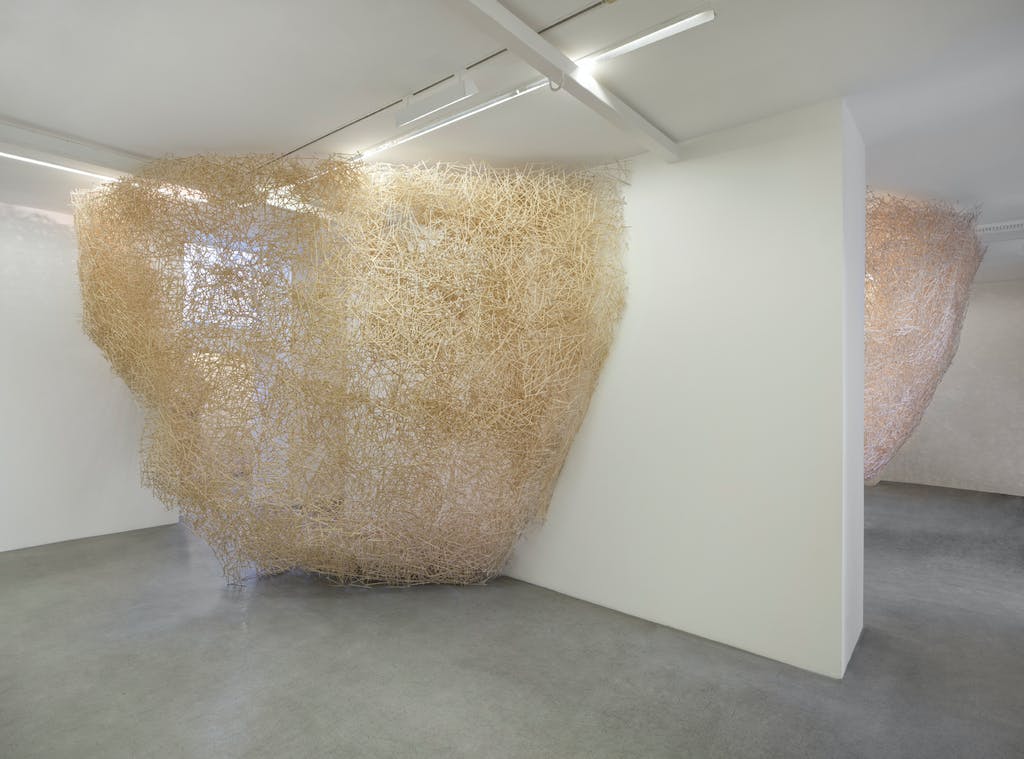 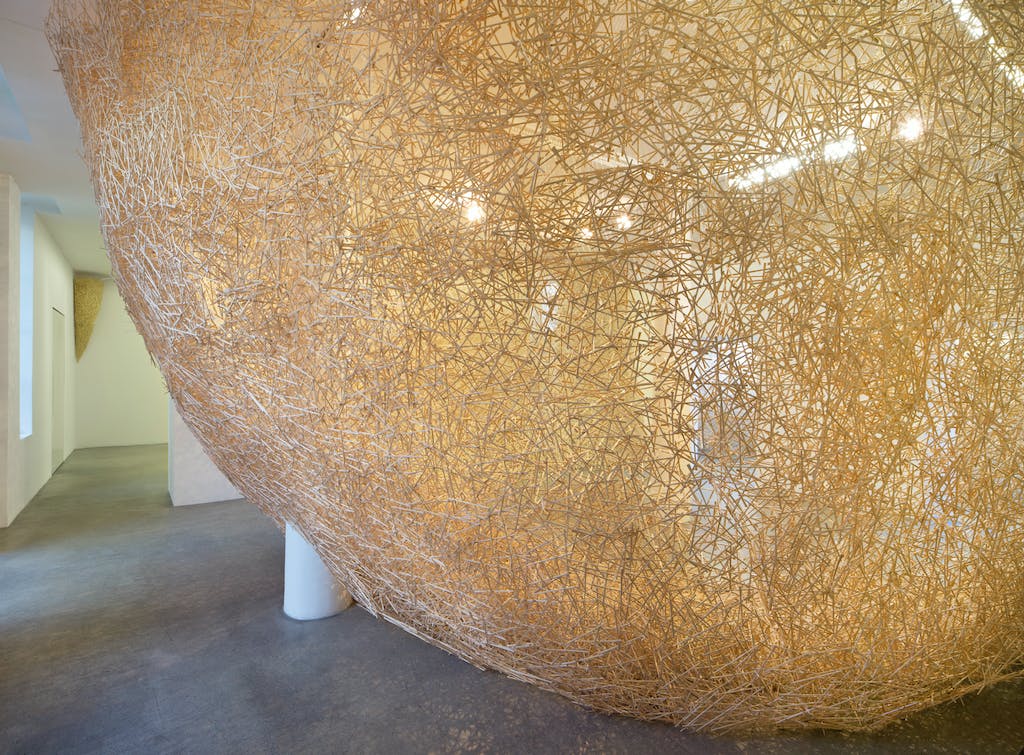 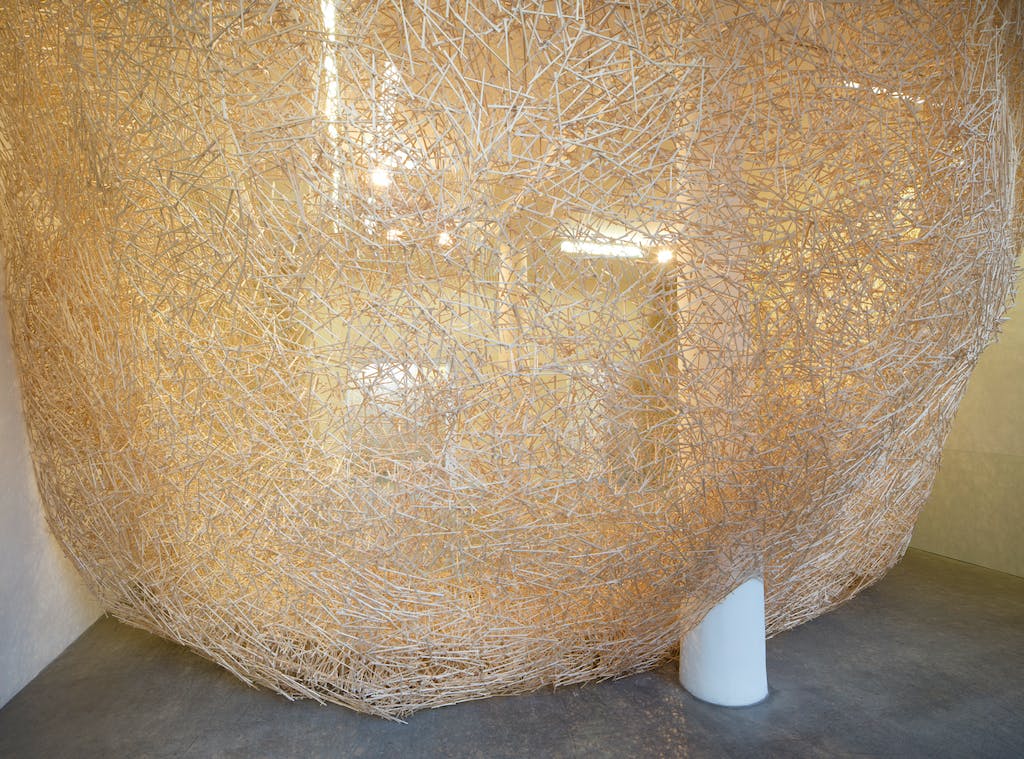 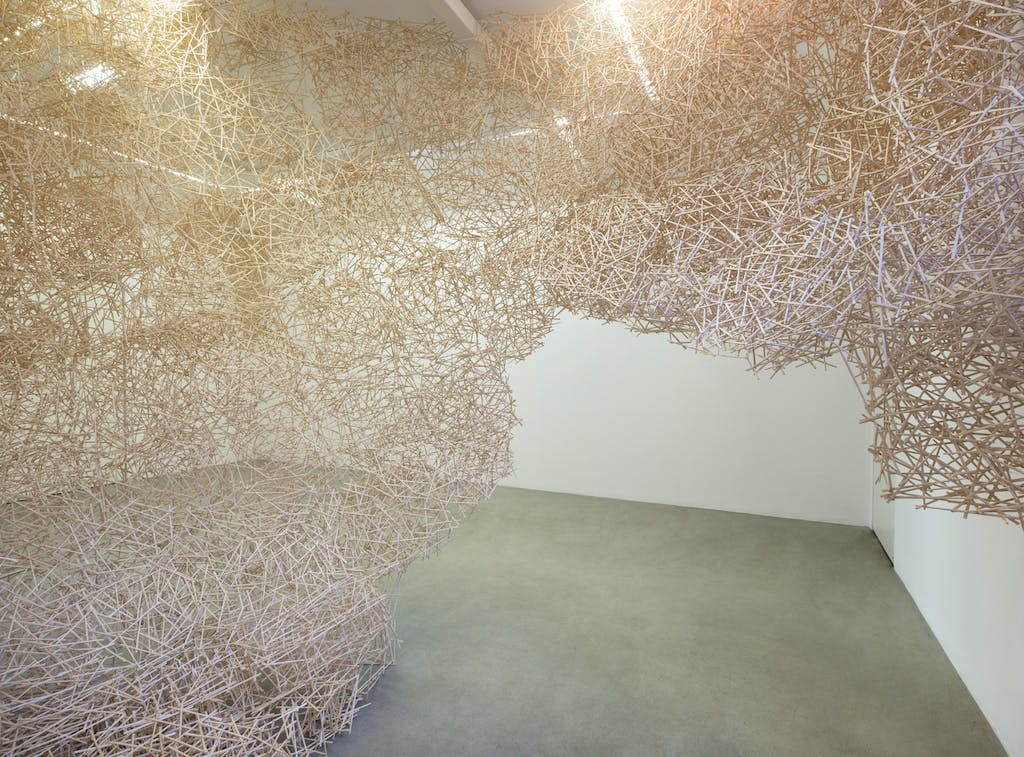 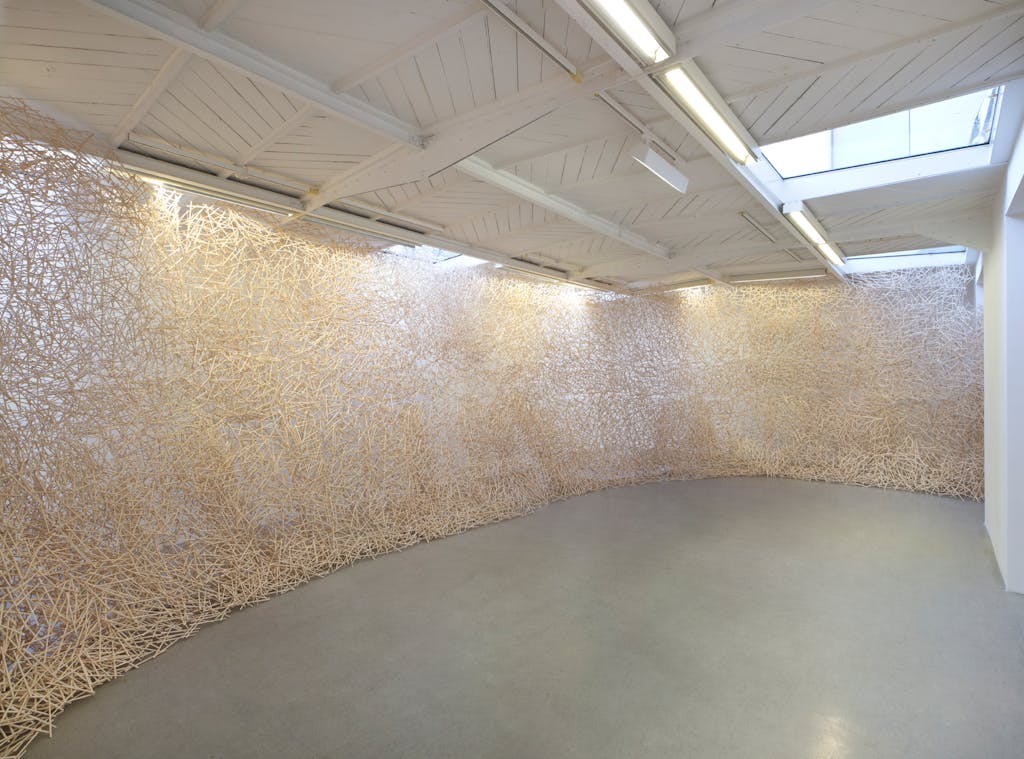 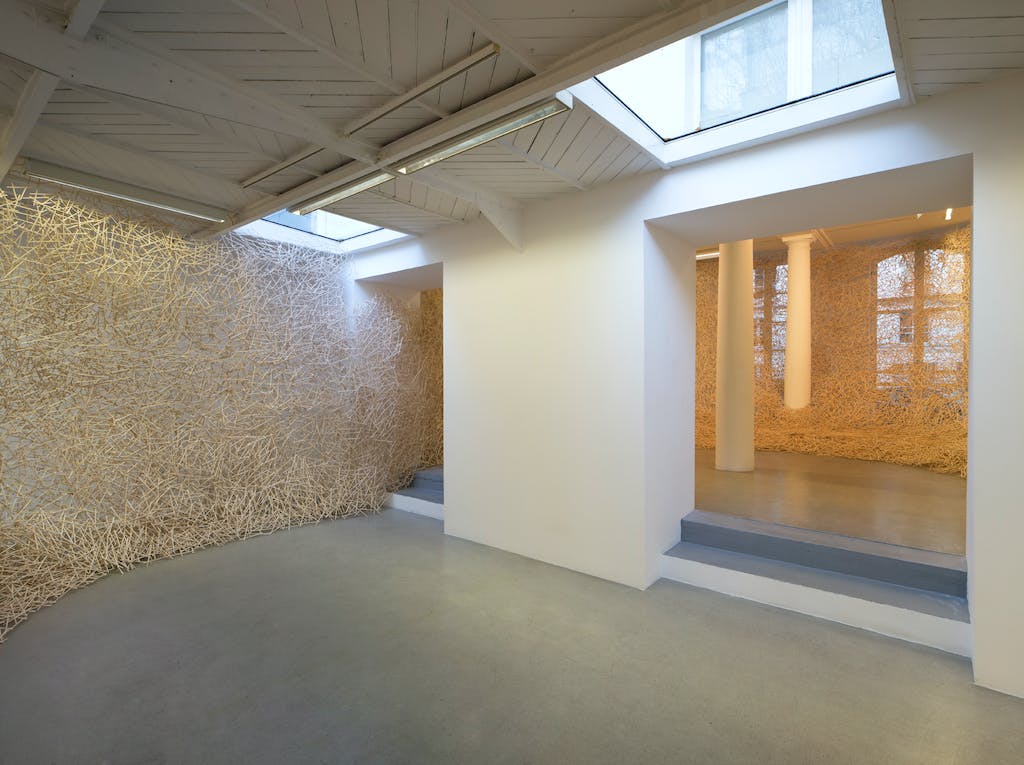 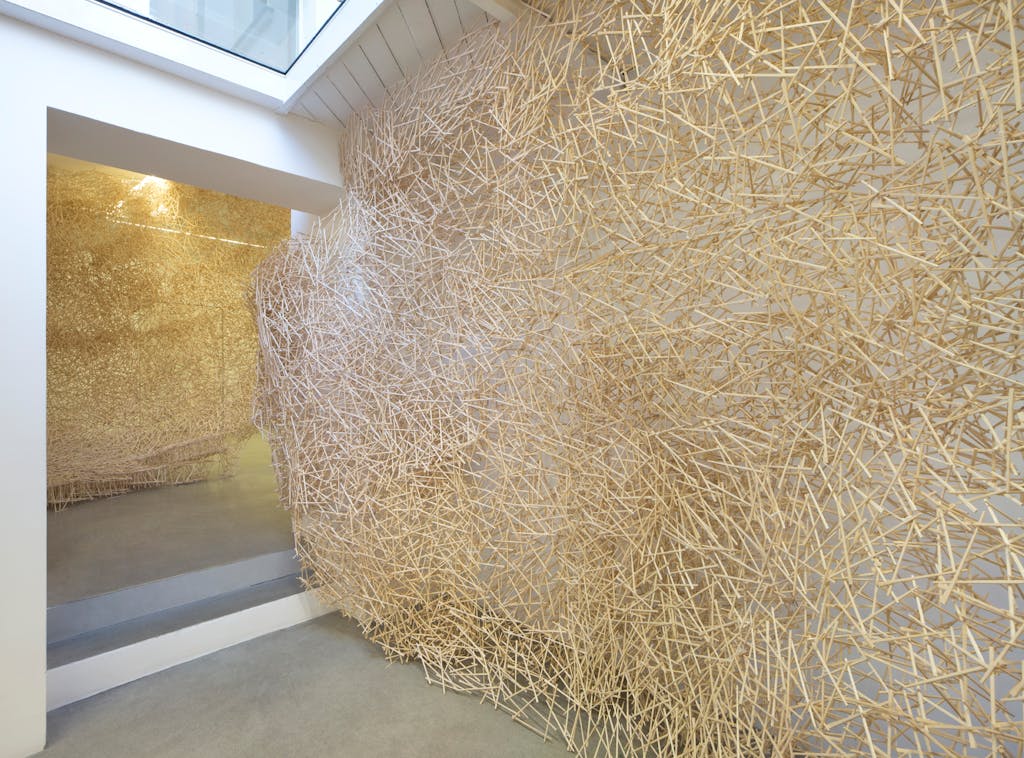 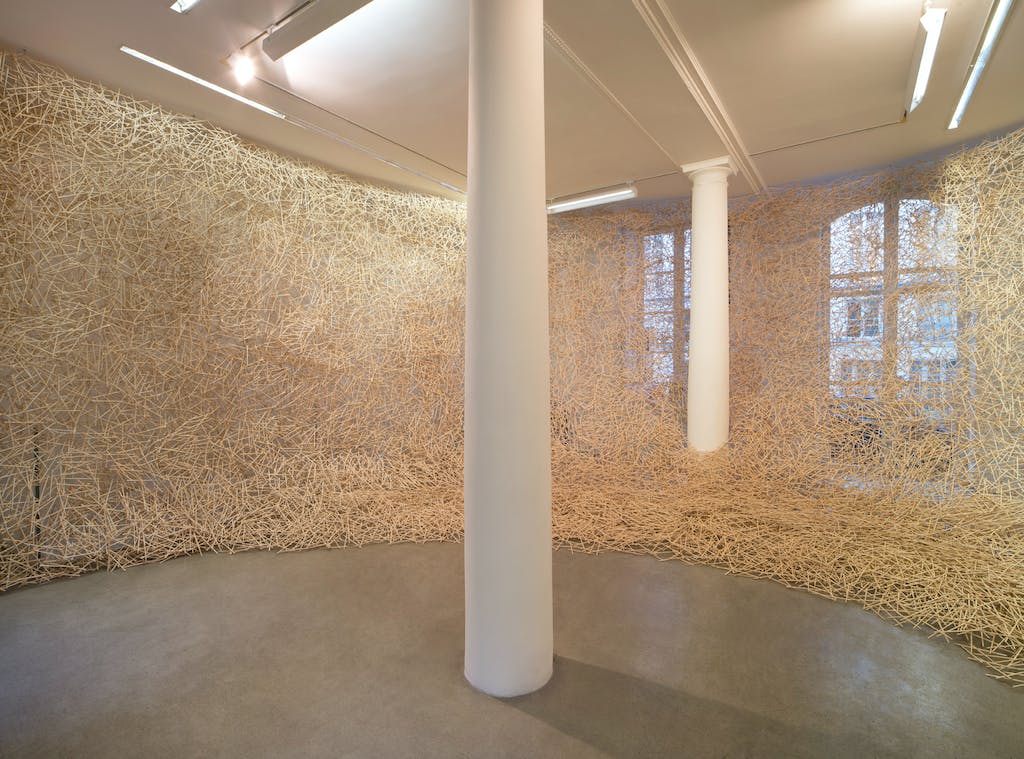