For her third solo exhibition at the galerie kamel mennour, Zineb Sedira presents a new body
of works, Lighthouse in the Sea of Time (2011), for the first time in France. This series, which
gathers video installation, single-screen projections and photographs, takes as starting point
two lighthouses on the Algerian coast: the Cape Sigli’s lighthouse, perched on a rough stretch
of shoreline in Kabila, and the Cape Caxine’s lighthouse, in the suburbs of Algiers. These lonely
places of surveillance allow the artist to navigate simultaneously Algeria’s past and its
contemporary reality.
The four-screen installation Lighthouse in the Sea of Time pays homage to the lighthouses’
majestic beauty, and to the nature acting as their backdrop. One can easily imagine that this is
how the lighthouses appeared to the artist when she first went there in 2009. In any case, it is
how she wants us to discover them: superb, “miraculous”, writes poet Tahar Djaout in the
Cape Sigli’s lighthouse’s visitors’ book. But the artist isn’t only concerned with landscape
aesthetic. The history she presents is first and foremost a human one. The furtive shadow of a
hand briefly comes into view, a door opens. The keeper of the Cape Sigli’s lighthouse, Karim
Ourtemach, known as Krimo, patiently polishes the lantern’s great glass surface. Later, we see
him writing in the lighthouse’s logbook, with meticulous, almost sacerdotal attention.
Krimo is given a voice in the film The Life of a Lighthouse Keeper. His eyes sparkle as he
explains his daily activities: beginning of the watch, verification of the machines, meal, watch
proper, short night, painting in his idle time. Krimo is a sailor of terra firma, and the lighthouse is his home base of which he talks about with deference and tenderness. In an age of
mechanisation and radio-controlled lighthouses, Sedira portrays a man happy to accomplish a
simple but vital task. With nostalgia, she records the last days of a trade doomed to disappearance.
This series of works also allows the artist to continue her research on Algeria’s colonial past.
All of the country’s lighthouses were built during the period bookended by the invasion of
Algeria by the French in 1830 and the independence in 1962. The lighthouses are, for the
artist, the witnesses of this history. And when, in the film La Montée…, she slowly goes up the
stairs of the Cape Caxine’s lighthouse, Sedira enacts her own creative process: she goes up the
stairs like, in her work, she goes back in time. Calm and determined, she walks in the steps of
her foregoers.
Names Through Time: A Keeper’s Logbook and Handwriting Through Time: A Visitors’ Book are
part of the same historical process. The keepers’ logbook is an administrative document where
keepers record the tiny events essential to the lighthouse’s good functioning. Page after page
the years unravel: the column headings – “light-on and light-off” times, “lamp consumption” and
“supplies received” – are invariable, but come independence in 1962 and the names Duclaud,
Bonnefont, and Fischer are replaced by their Algerian counterpart names: Mehleb, Sidane, and
Chouqui. The names in the visitors’ book also change, and not only people’s name. Guyotville,
Bougie, and Philippeville become Ain Benian, Béjaïa, Skikda. The cities that they represent are
the same but their reality has just been transformed.
The last chapter of this series of films, A Museum of Traces, is perhaps the most unsettling
because it subtly highlights the ambivalence of the relationship Algeria maintains with the
colonial period. The camera films the Cape Caxine’s lighthouse’s small museum, which gathers
old measure instruments as well as objects that once belonged to the daily life of the keepers
during “French Algeria”: ornate crockery, crystal carafes – each item carefully labelled in
French, as if it was still the country’s official language. Sedira’s work permeates history’s
interstices so often excluded from official discourses. 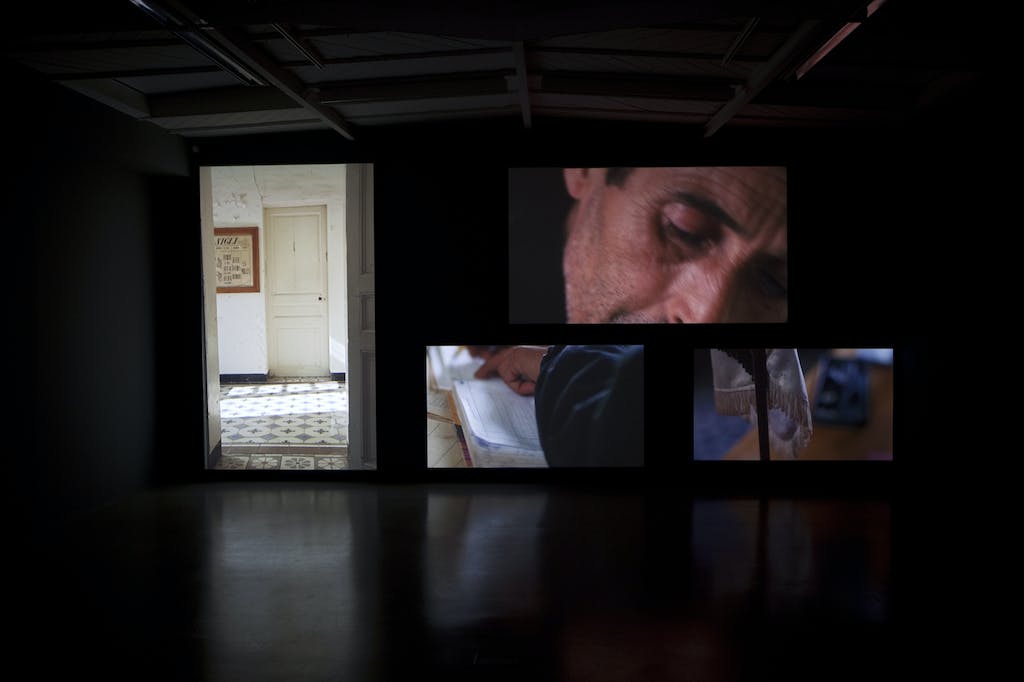 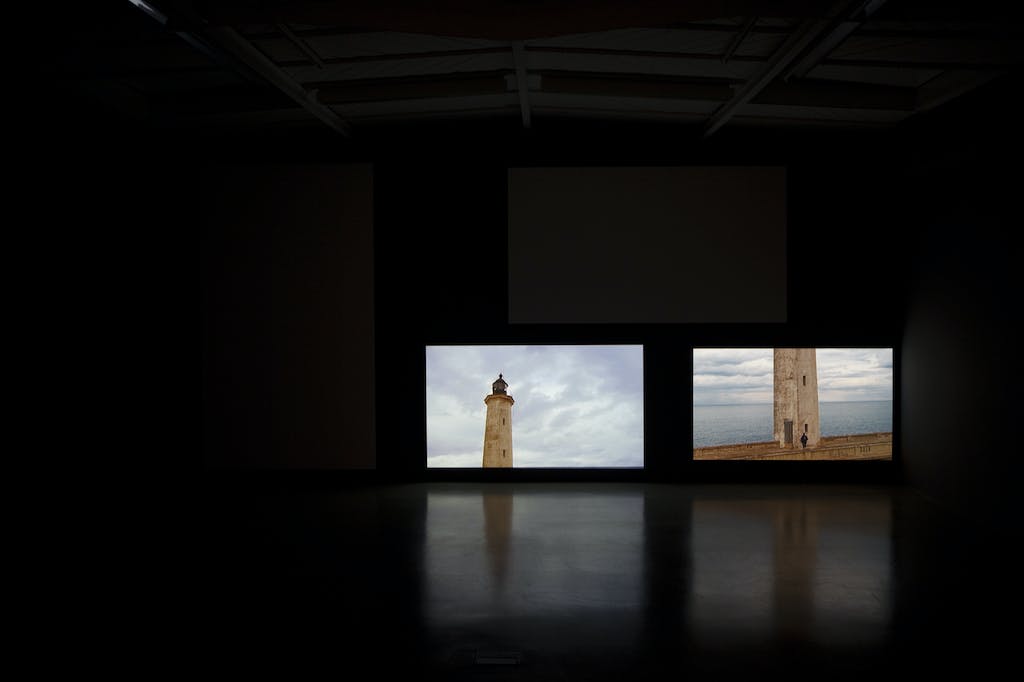 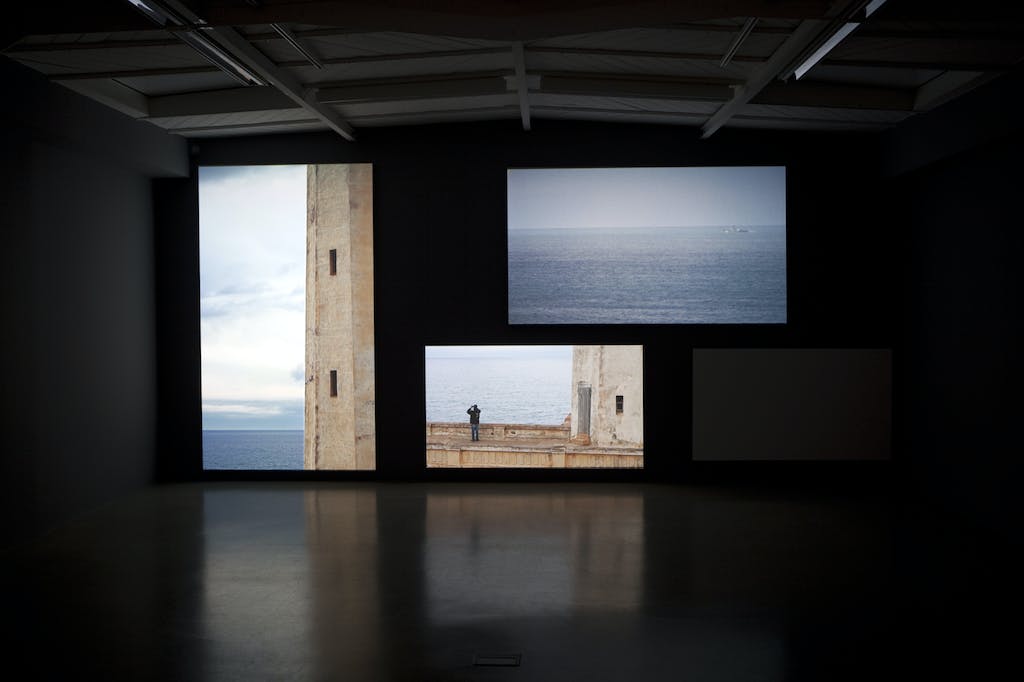 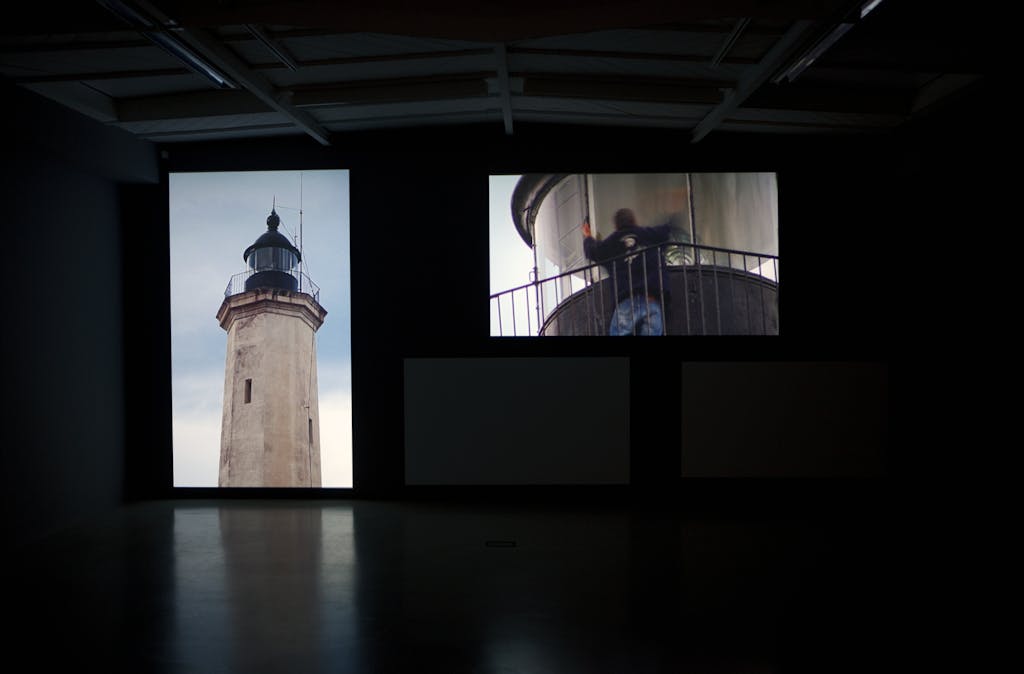 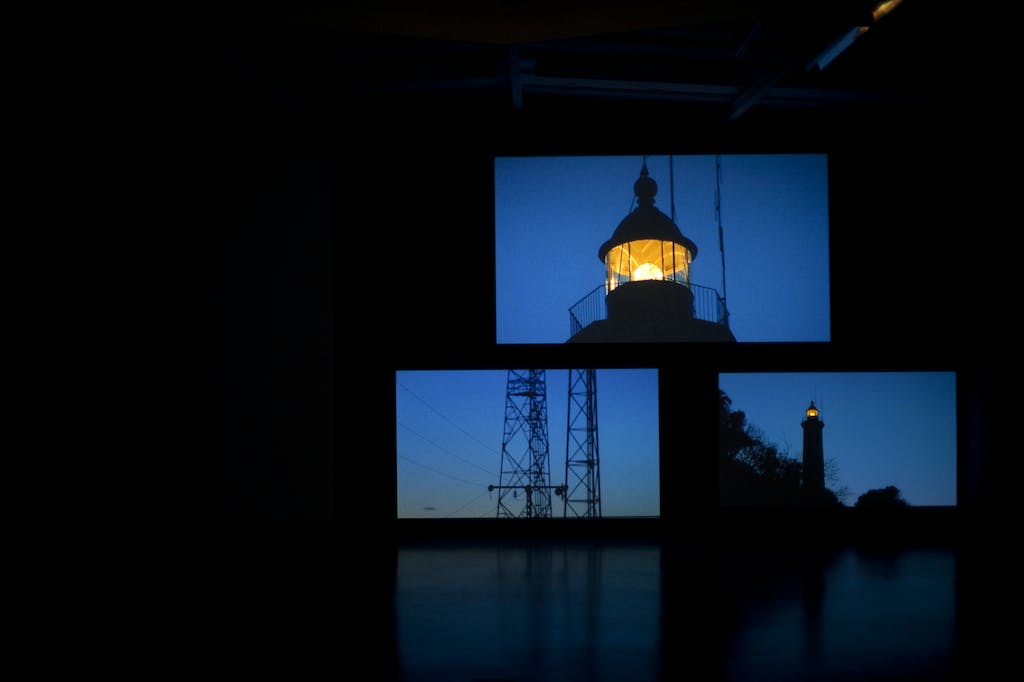 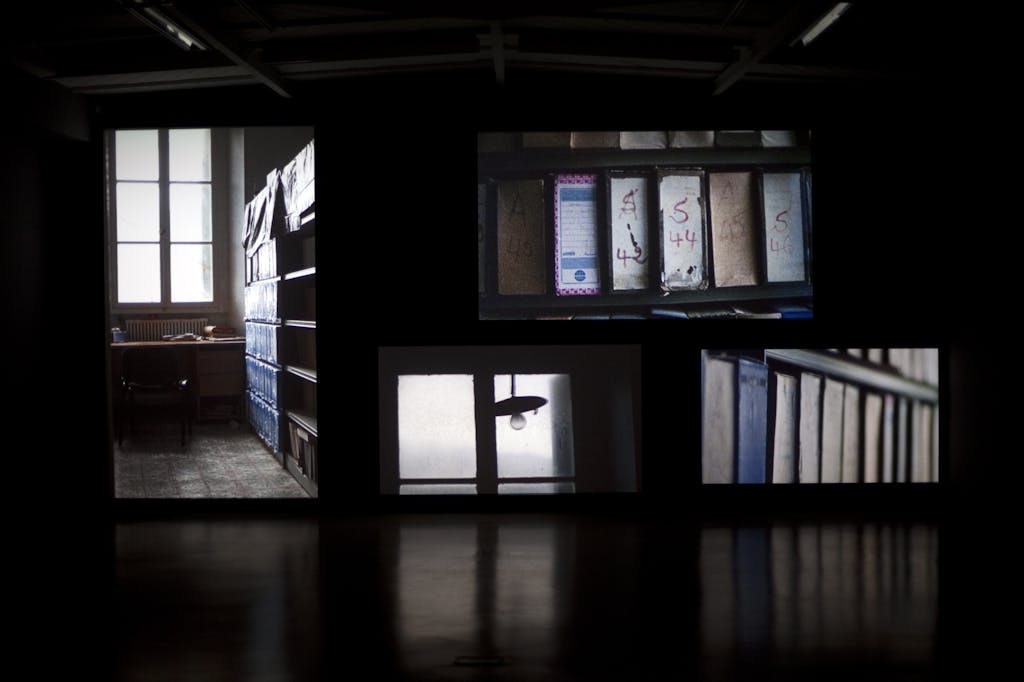 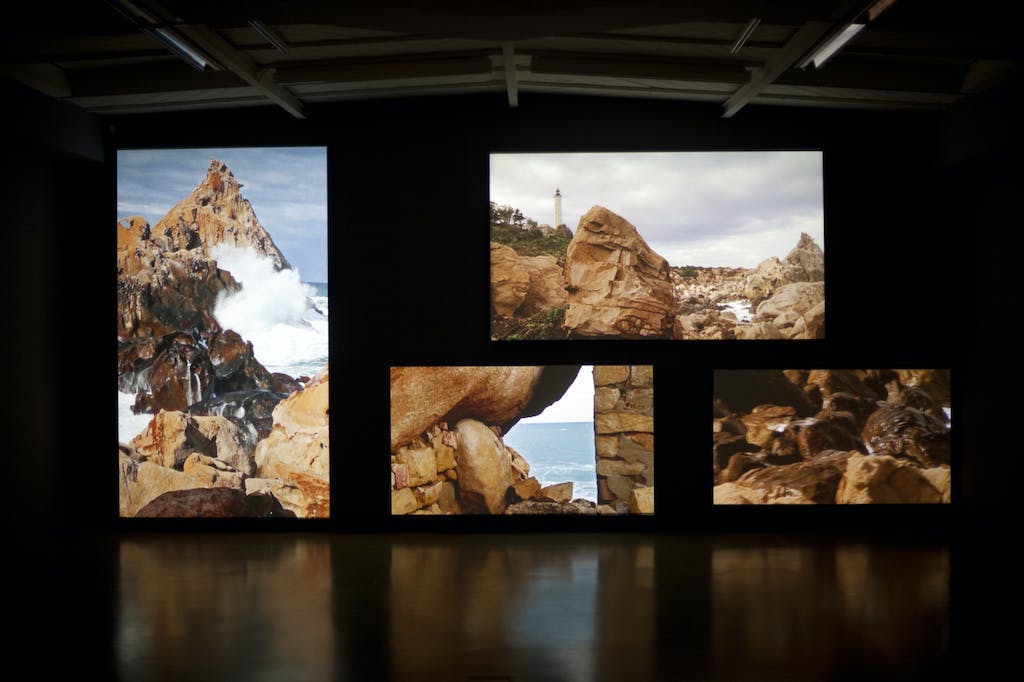 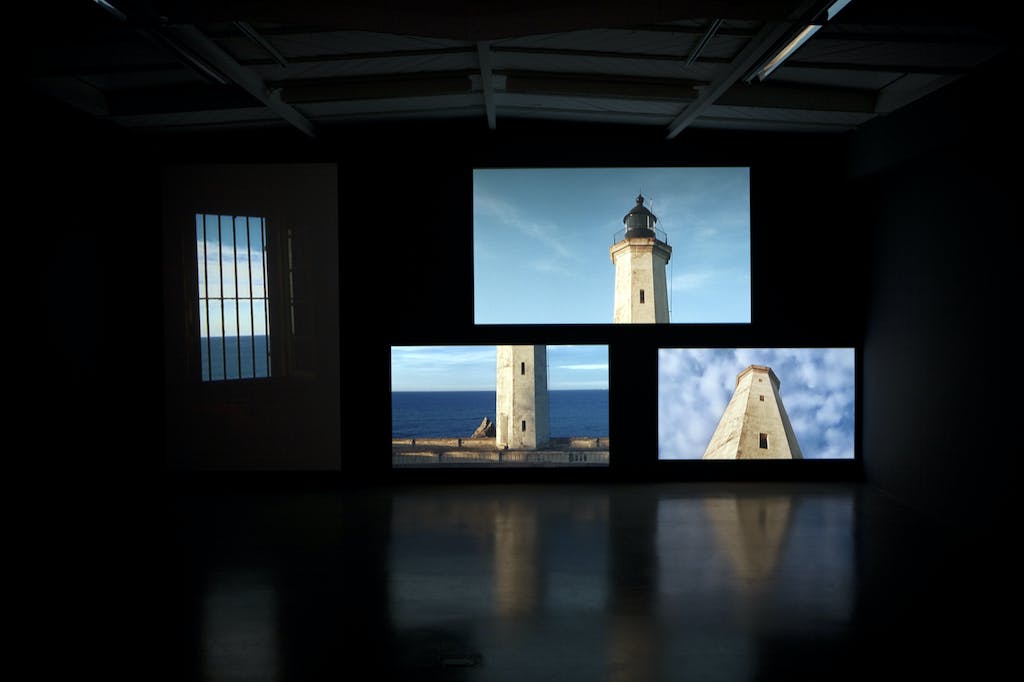 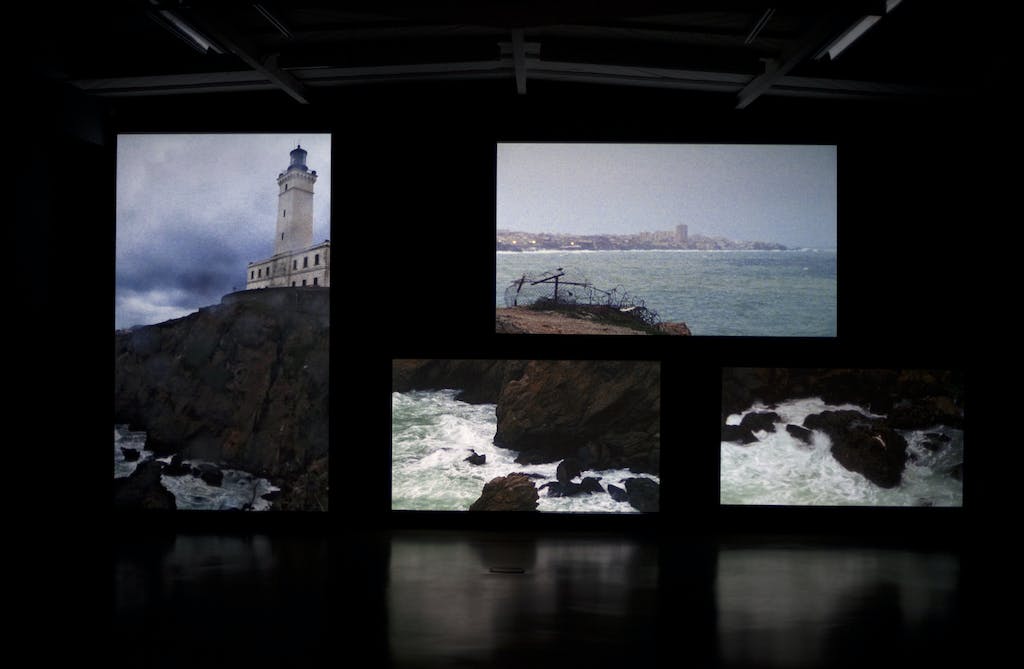 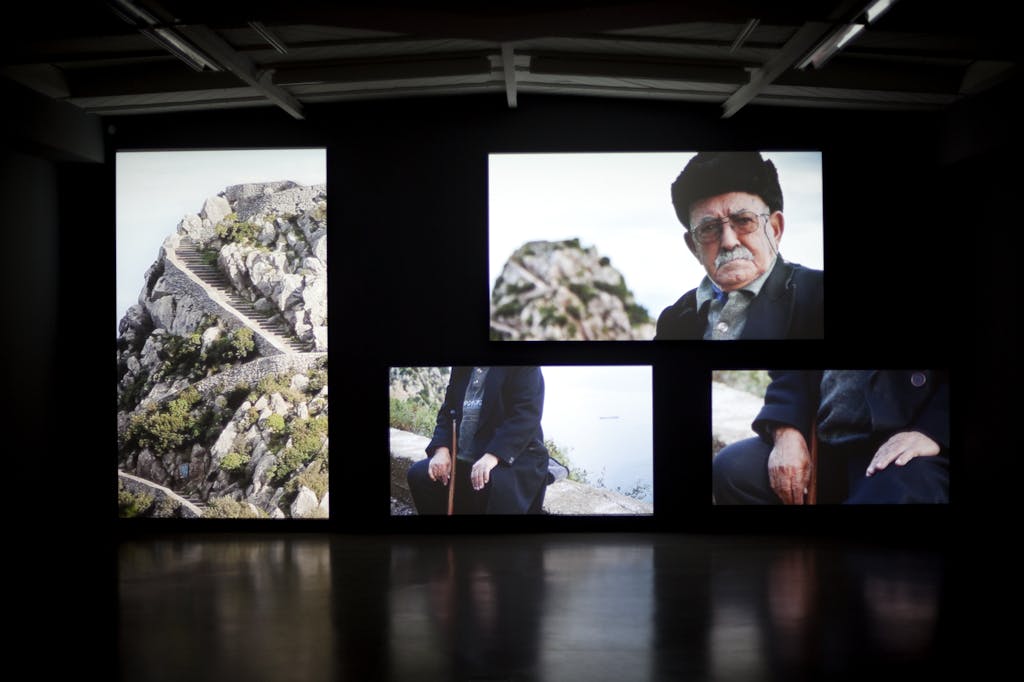 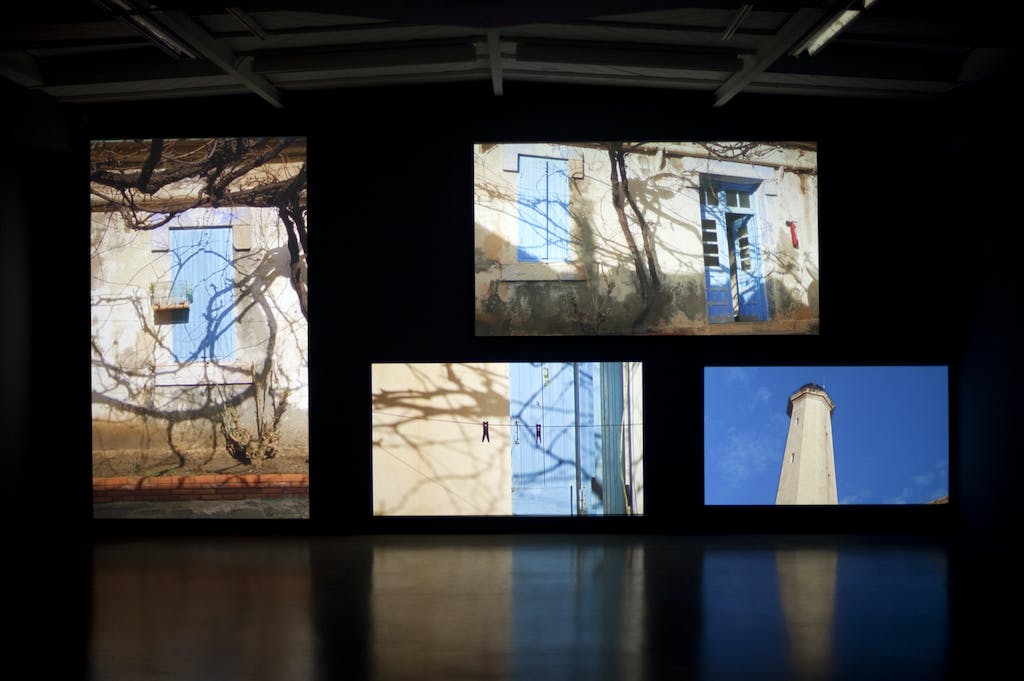 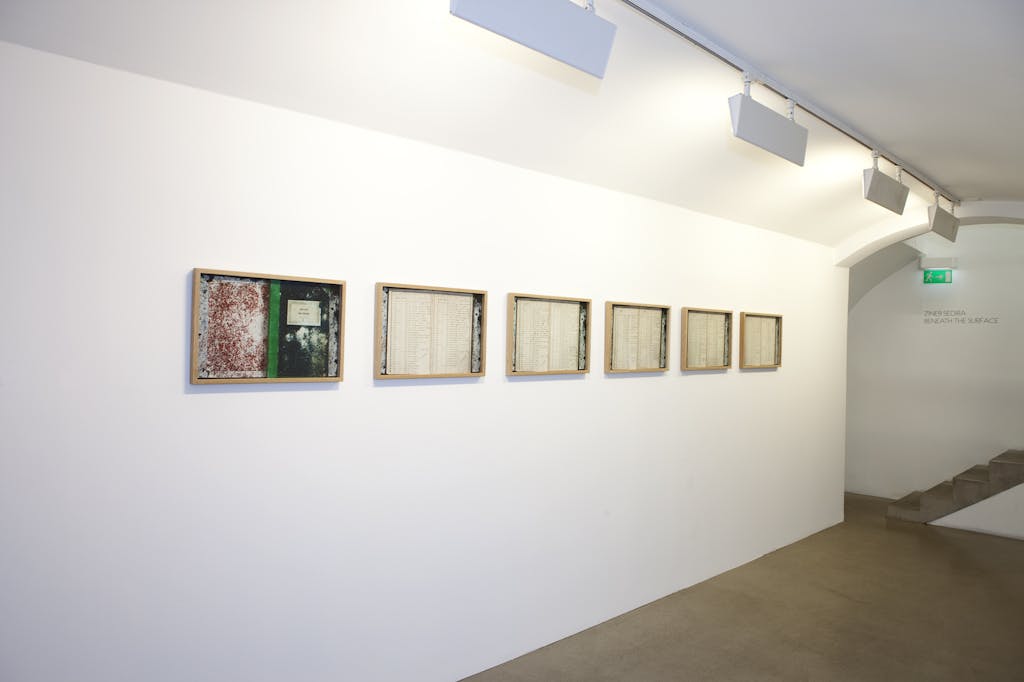 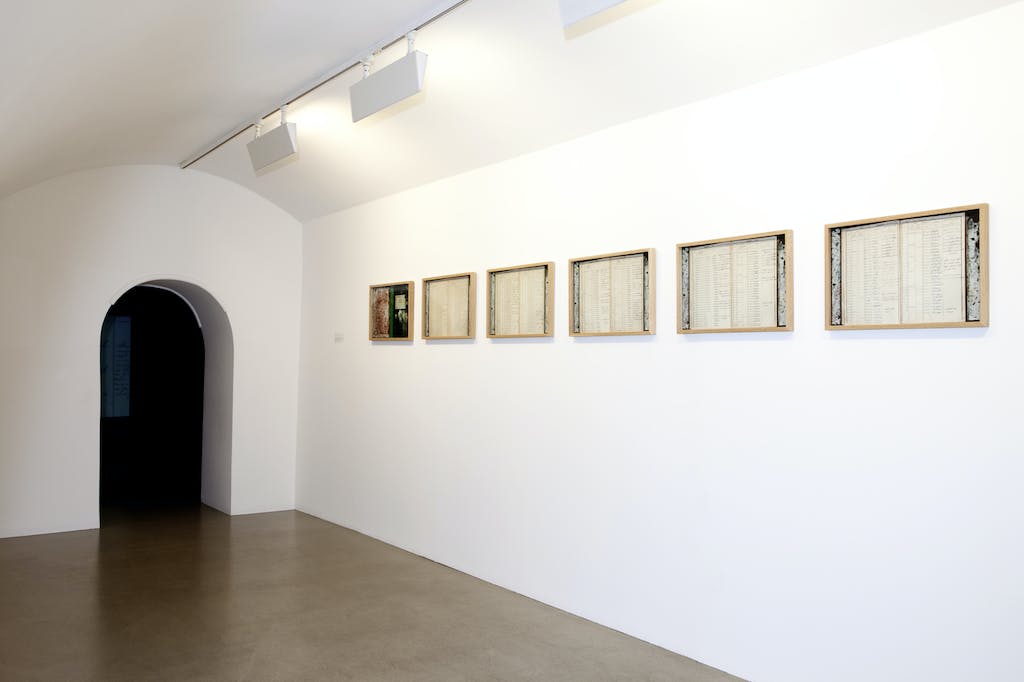 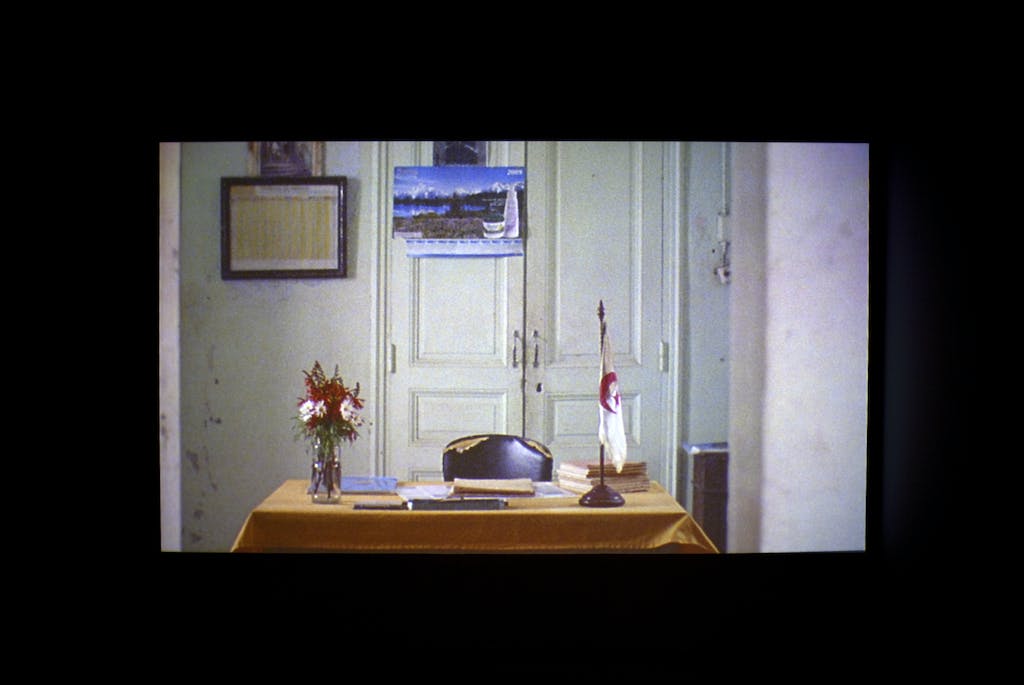 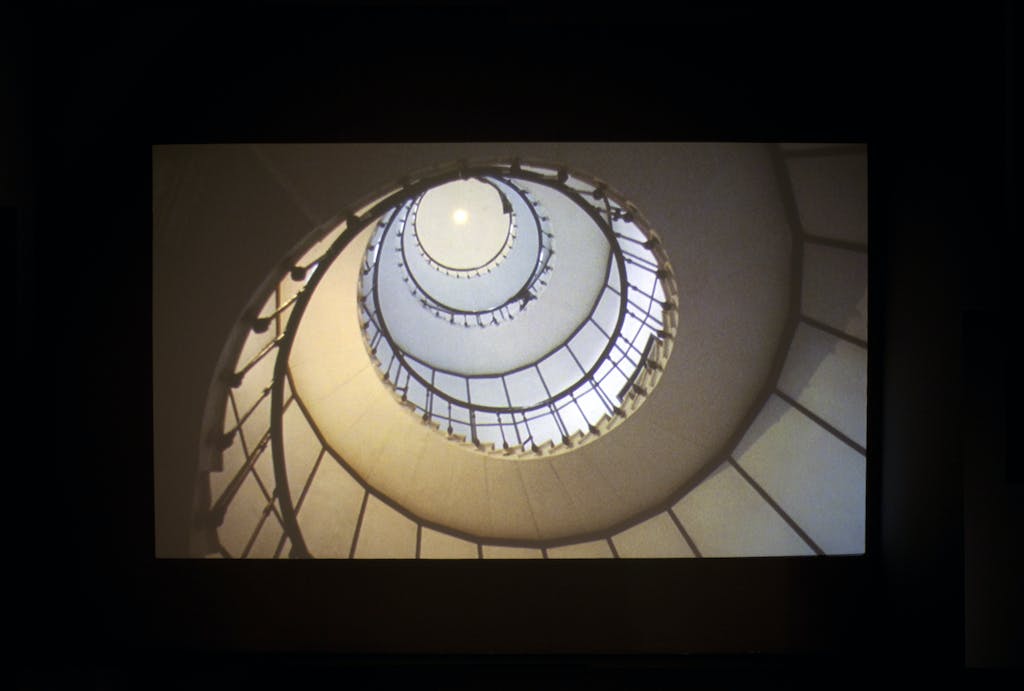 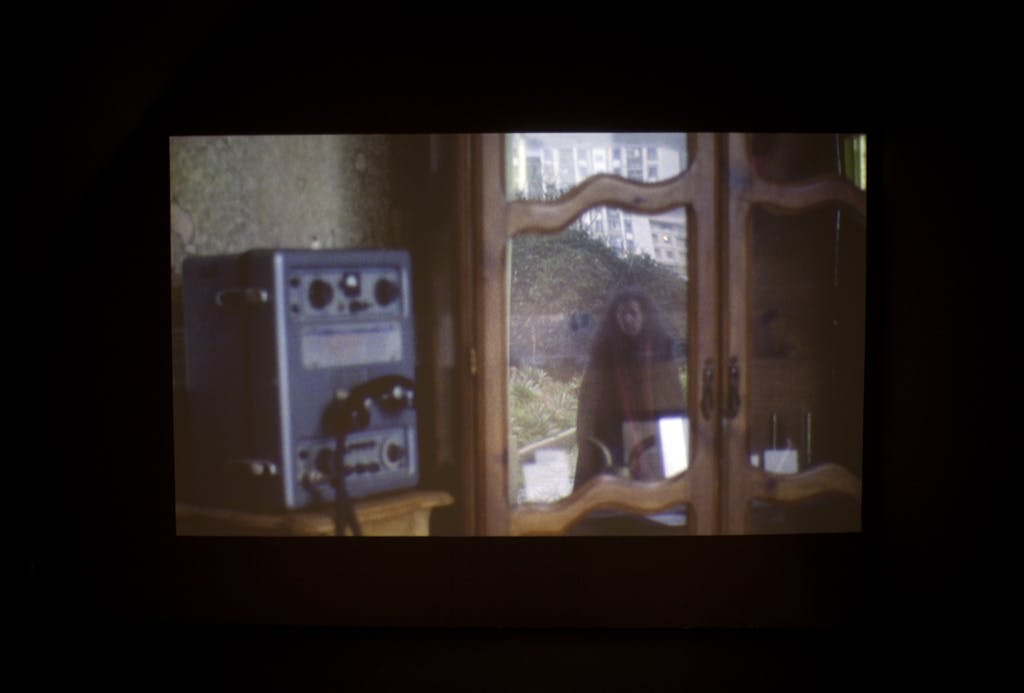 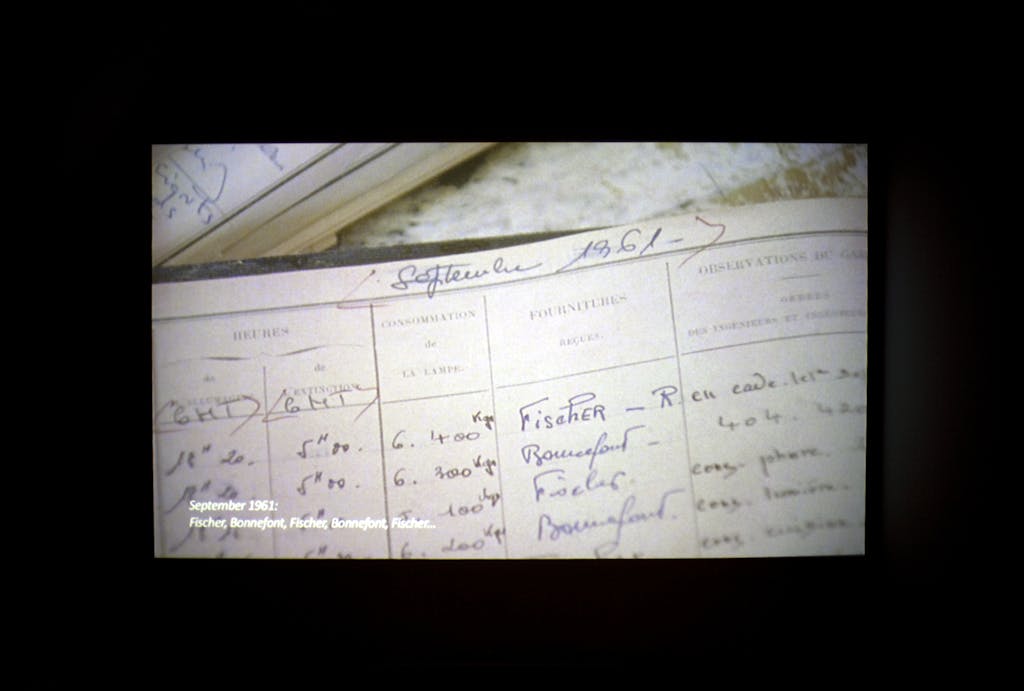 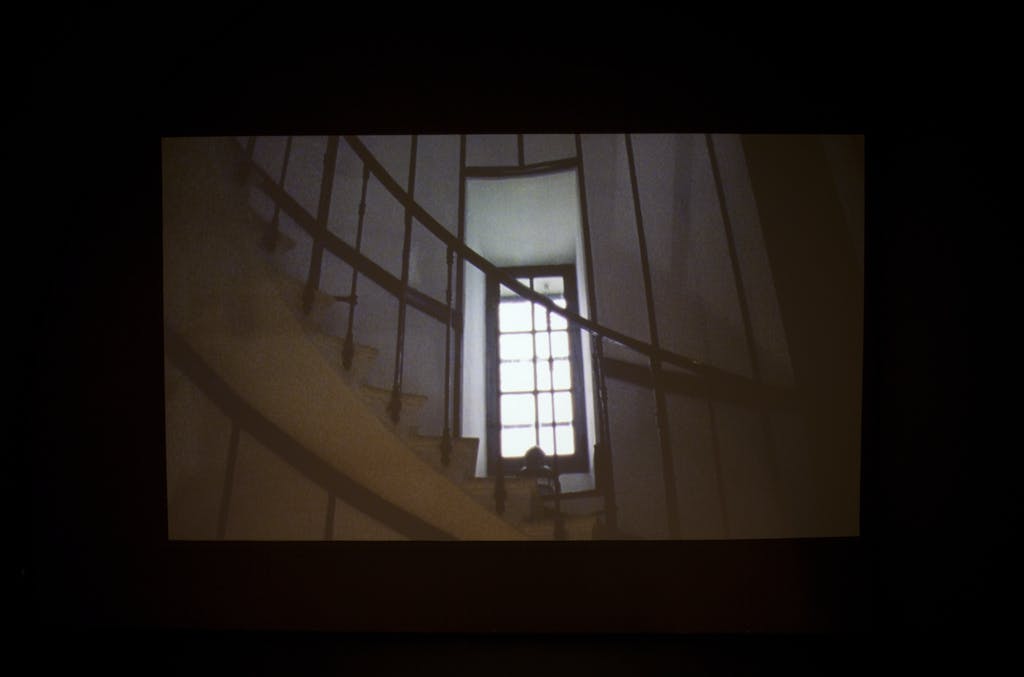