For his second solo show at galerie kamel mennour, Franco-Swiss artist David Hominal continues a body of abstract works begun in 2009. Originating in the reinterpretation of flags appearing in certain Renaissance paintings, these works in various sizes are composed of solid colors divided into triangles. While they have
been created as parts of a series, these paintings nevertheless remain independent of one another. For this show, however, the artist has hung the pieces according to a musical logic, where their size, colors, and the diamonds shaped by the juxtaposition of triangles correspond to rhythmic values, notes, and phrasing.

Despite their heraldic origin, which also alludes to semaphores (colored pennants that enable ships to communicate visually), these paintings do not “bear signs.” They are, in fact, about painting above all else. Here, the artist practices a simple yet primordial gesture of dividing the canvas with a diagonal line that cuts the space like Barnett Newman’s “zip”. The choice of a subject a minima reveals the purely pictorial dimension of the works, as would a self-portrait, a nude, or a still life. “I have always looked at paintings by Pierro Della Francesca or Piet Mondrian in the same way,” says the artist.

For this reason, these works must be considered in a purely formalist and frontal tradition: what you see is what you see, as Frank Stella says. The title chosen by Hominal (“half a chicken fries/rice or salad”) humorously alludes to the way in which his daily life in Berlin might (or might not) surreptitiously innervate his
painting. These new paintings can also be linked to a Swiss tradition of wall painting, though they counteract the latter’s fetishism with cold perfection through a non-linear application of color.

Born in 1976 in France, David Hominal lives and works in Berlin. His work has been shown in numerous solo and group exhibitions in France and abroad: at the Palais de Tokyo and the Centre culturel Suisse in Paris, at the Consortium in Dijon, the Magasin in Grenoble, the Centre d’édition contemporaine and the Centre d’Art Contemporain Genève, Raster in Warsaw, the New Museum of Contemporary Art in New York, as part of the Younger than Jesus exhibition, the Musée des Beaux Arts of Lausanne, the FRI ARTCentre d’Art de Fribourg, the Kunsthalle Bern, the Kunsthaus
Zürich and the CAC of Vilnius. 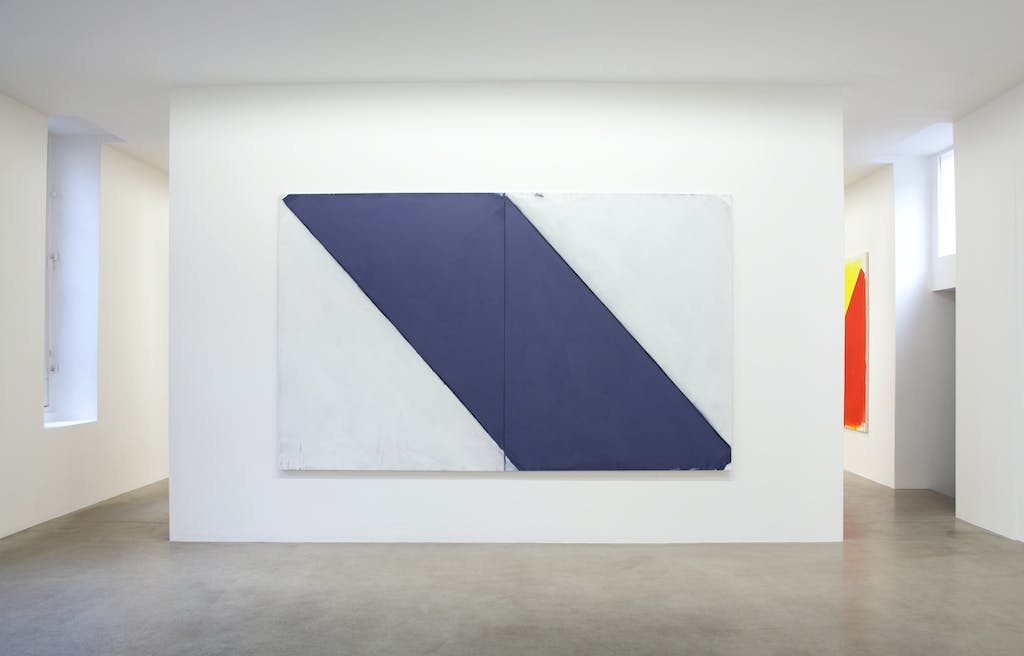 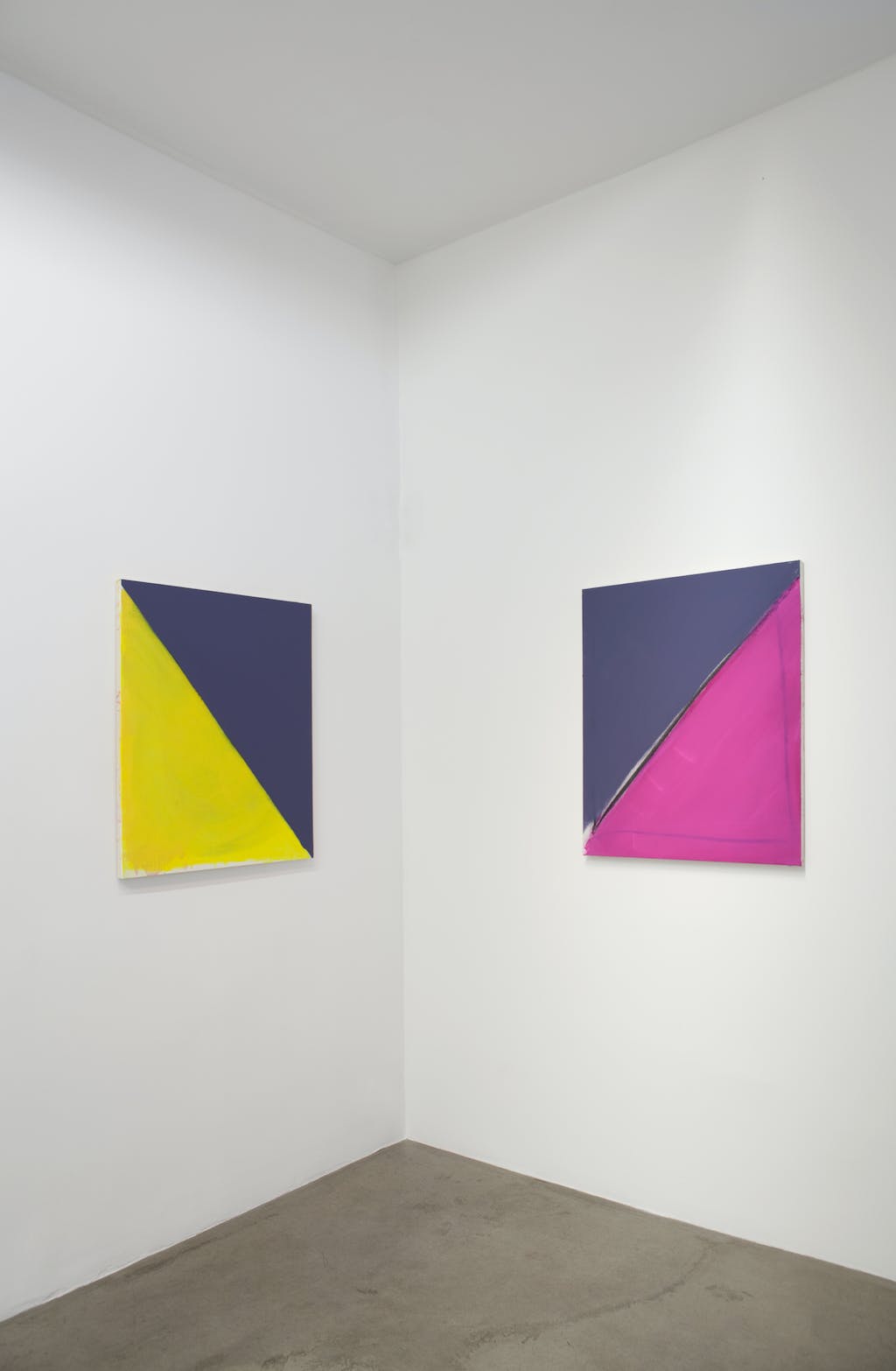 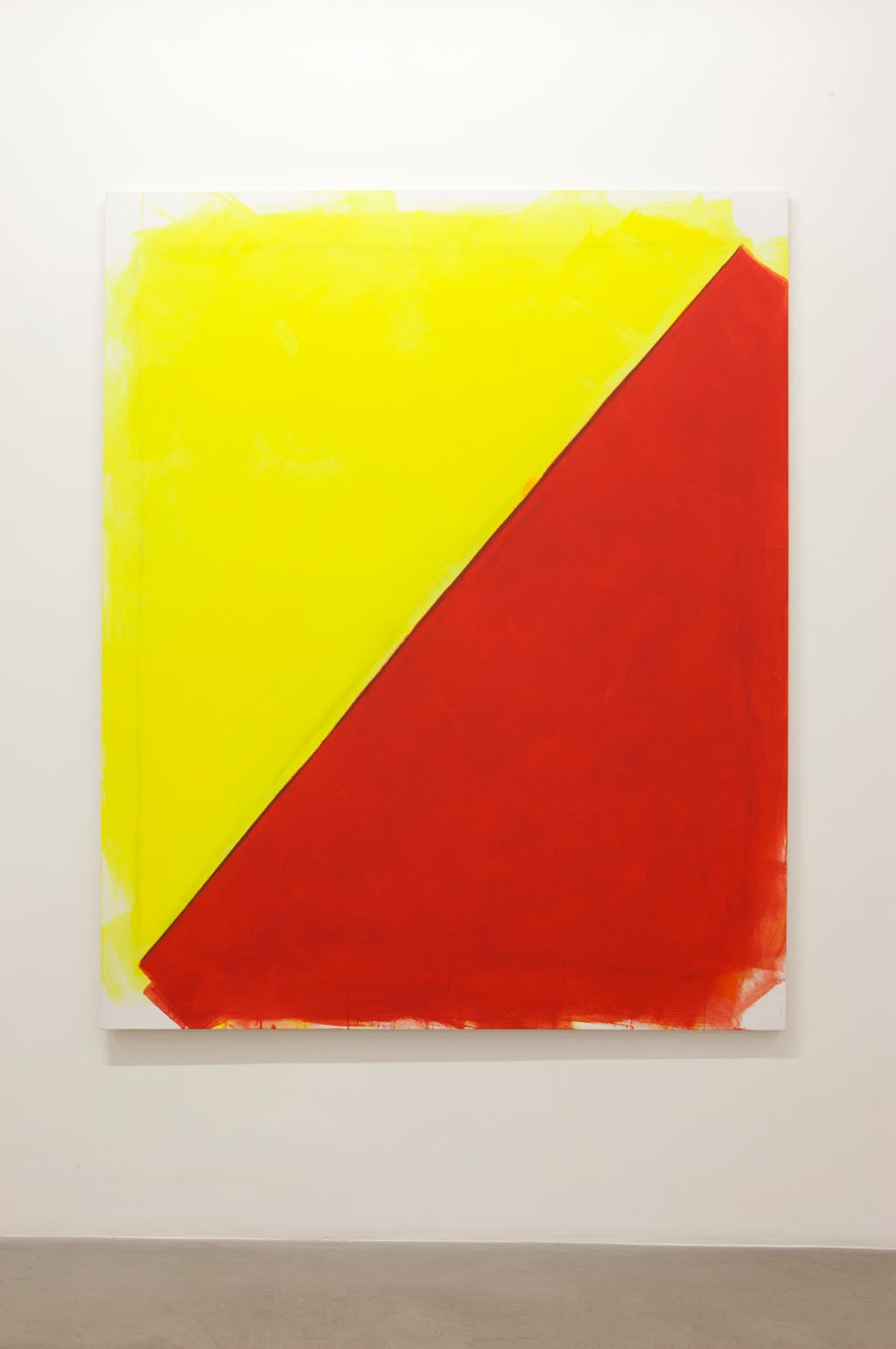 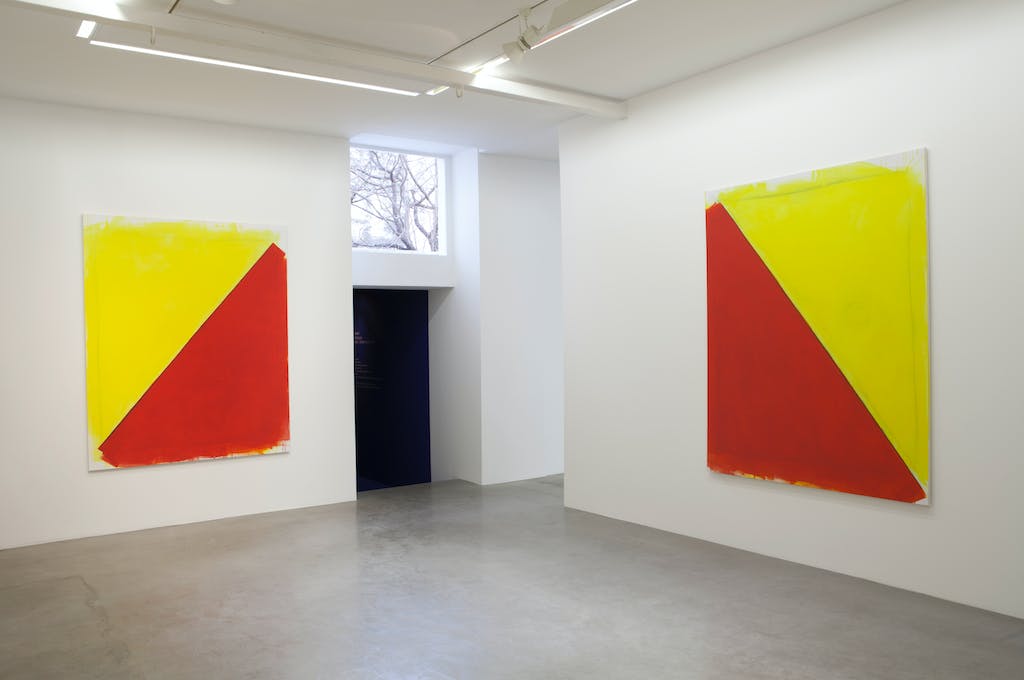 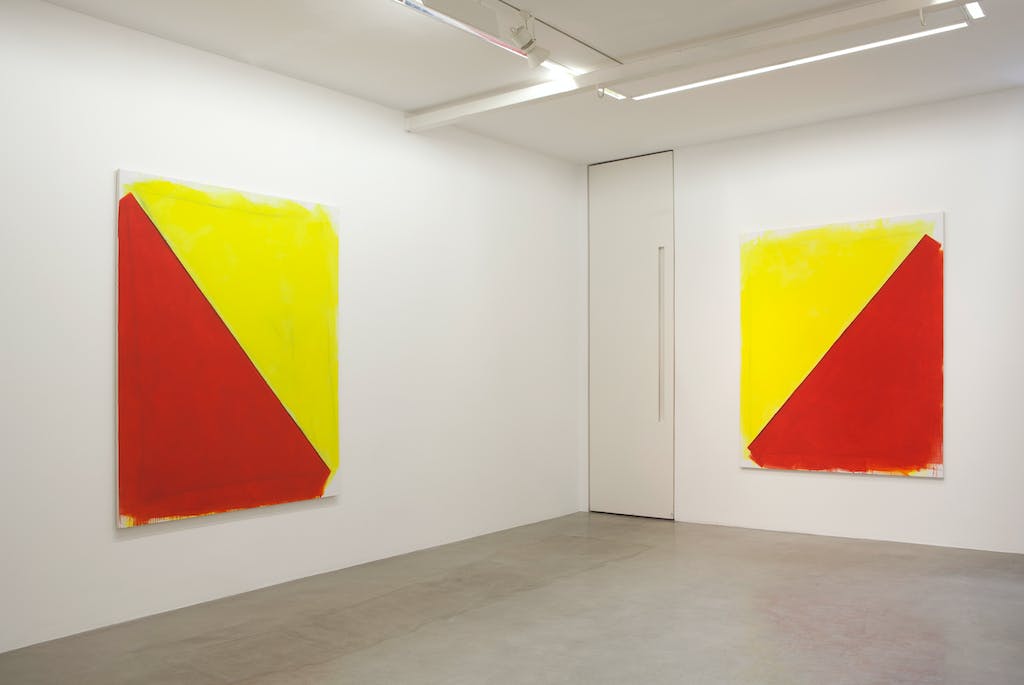