Everything can change, but not the language that we carry inside us, like a world more exclusive and decisive than one’s mother’s womb.
Italo Calvino, Hermit in Paris

Petrit Halilaj’s work is deeply connected with the recent history of his country, Kosovo, and the consequences of the political and cultural tensions in the region. But while confronting a collective memory, his work often originates from a personal experience and it is usually the result of an intimate process and a shared moment with someone he loves. His unique, and sometimes irreverent, way to playfully confront the essence of reality results in a deep reflection on memory, freedom, cultural identity and life discoveries.
For his second solo exhibition at the galerie kamel mennour in Paris, Halilaj is presenting his series of works titled ABETARE. The project was first developed for his solo exhibition at the Kölnischer Kunstverein in Cologne (2015) and further expanded this year at the Fondazione Merz in Turin, where he was awarded the Mario Merz Prize.
“ABETARE” is the title of the artist’s alphabet book, the traditional learning book where each letter of the alphabet is associated with a drawing and a corresponding word. Halilaj, like all the children of his generation, learned Albanian language on this book while attending primary school in the Kosovar village of Runik between 1992 and 1997. At the time the oppression of the ethnic Albanian population of Kosovo by the Serbian Government was reaching its peak. The book became an essential part of their cultural identity and each generation would pass it on to the next one. In Halilaj’s work a one-to-one reproduction of the book is playfully exposed page after page as a wallpaper, recalling the familiar process of learning, whereby, beside the alphabet, the foundations of society are taught through the representation of scenes from everyday life.
Surprisingly many of the drawings of the book have a resonance with the artist life and practice. The page corresponding to the letter “P” in the book refers to a boy named Petrit who plays with chickens (“Pulat e Petritit”), an animal often present in the artist’s work. In another page we see a boy bending metal wire to create letters. And finally the letter “F” for Fluturat (butterflies) introduces us to the new series of drawings presented here, where the artist has inserted small and detailed black ink drawings of moths on this page of the book. These animals are present in the artist’s memory since his early childhood, when he used to chase them around lights at night in his house in Kosterc. The drawings relate to an intimate conversation with his mother about his childhood fascination for butterflies and moths, and his particular sensibility towards natural wonders. They trace an ideal connection between the ABETARE (wallpaper installation) and the series of the Moth sculptures Do you realise there is a rainbow even if it’s night!?. Both works were presented as part of the 57th International Art Exhibition - La Biennale di Venezia where Halilaj was awarded the special mention from the Jury. 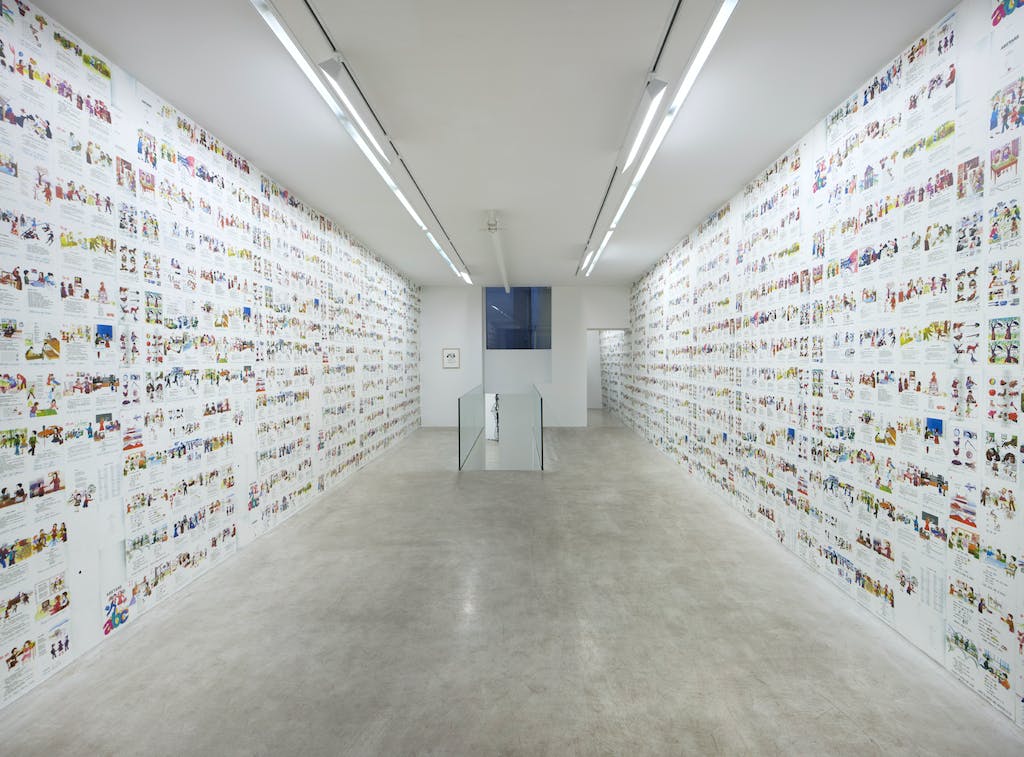 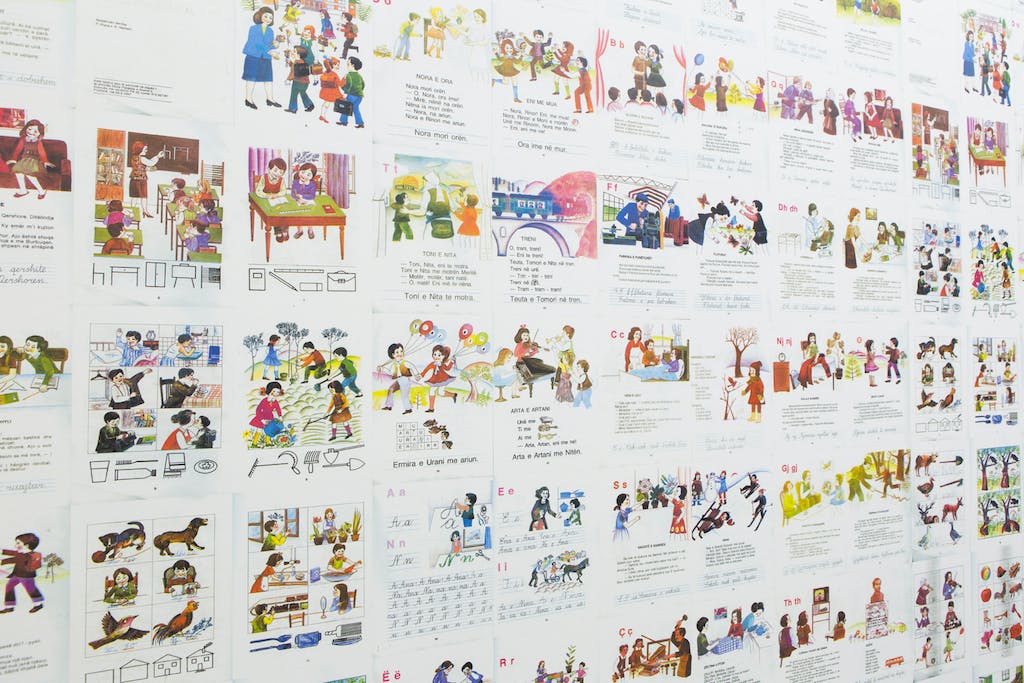 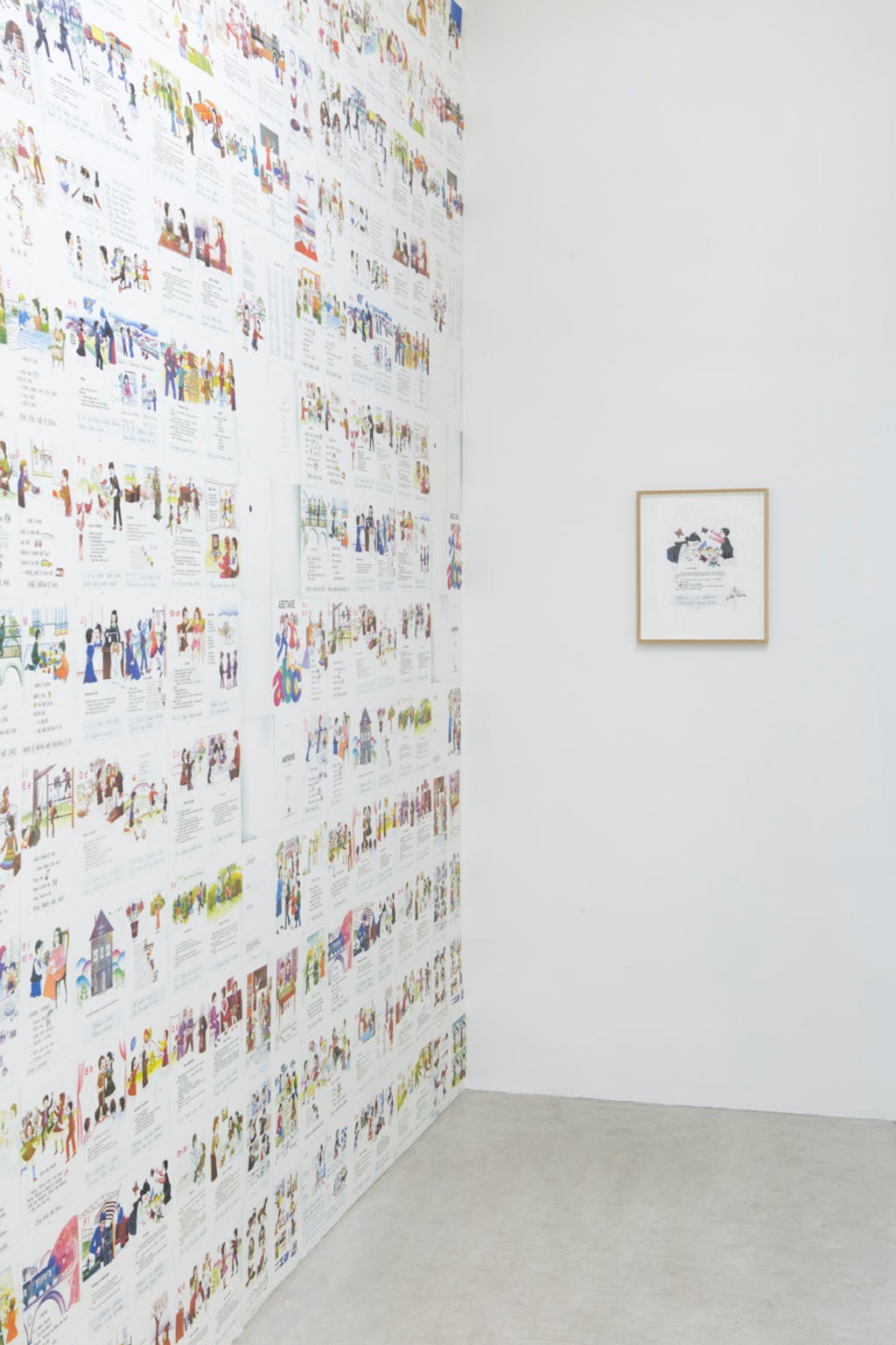 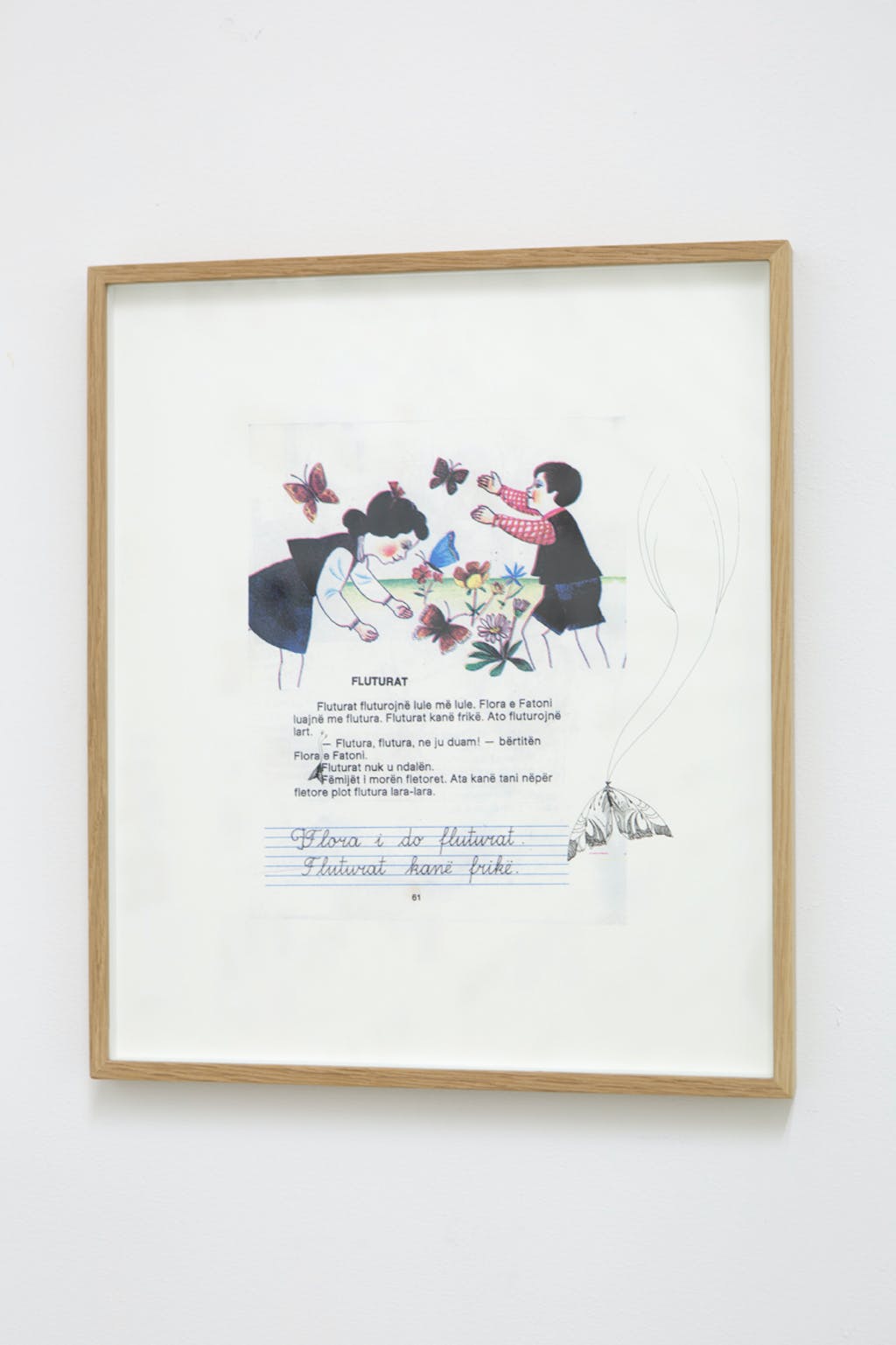 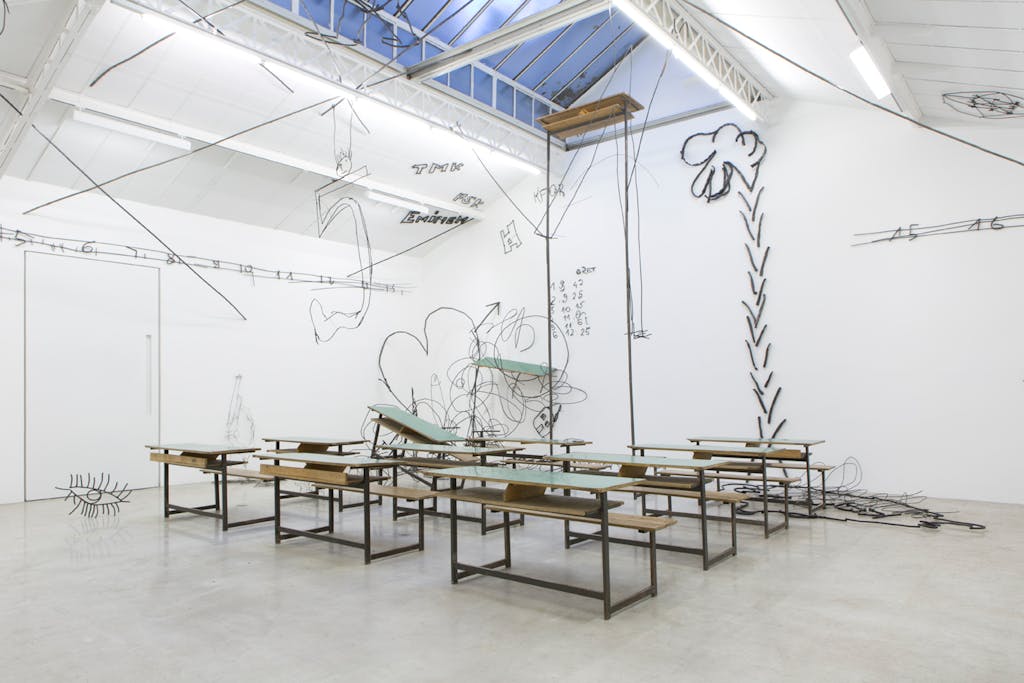 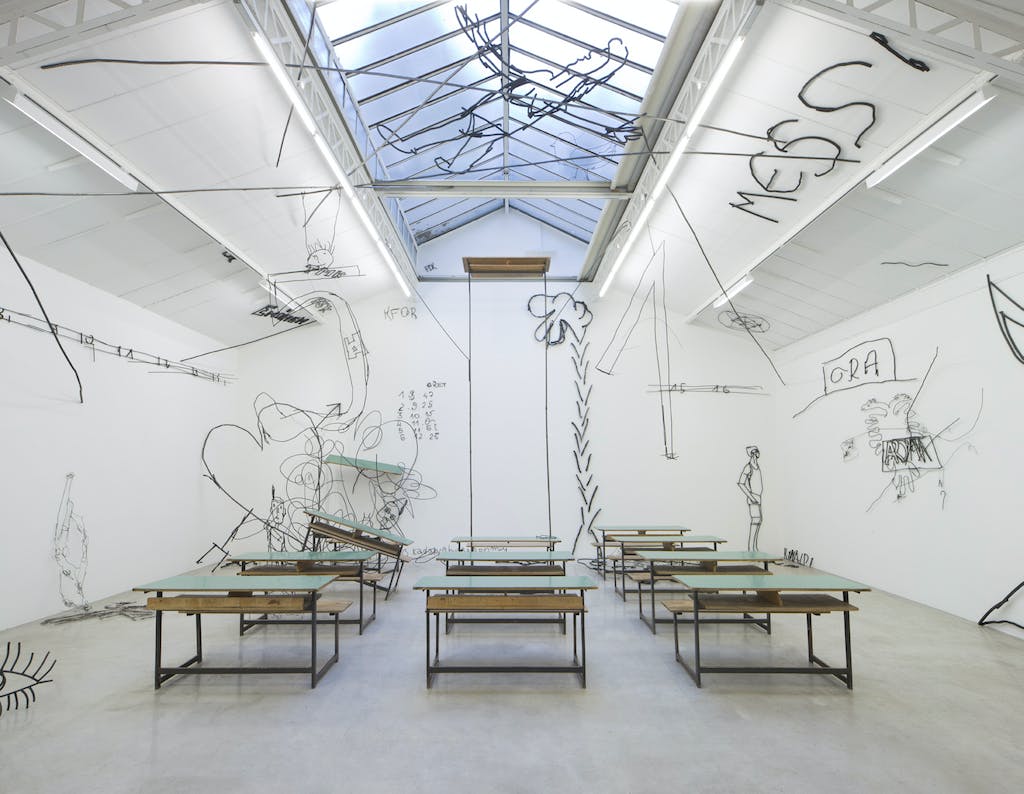 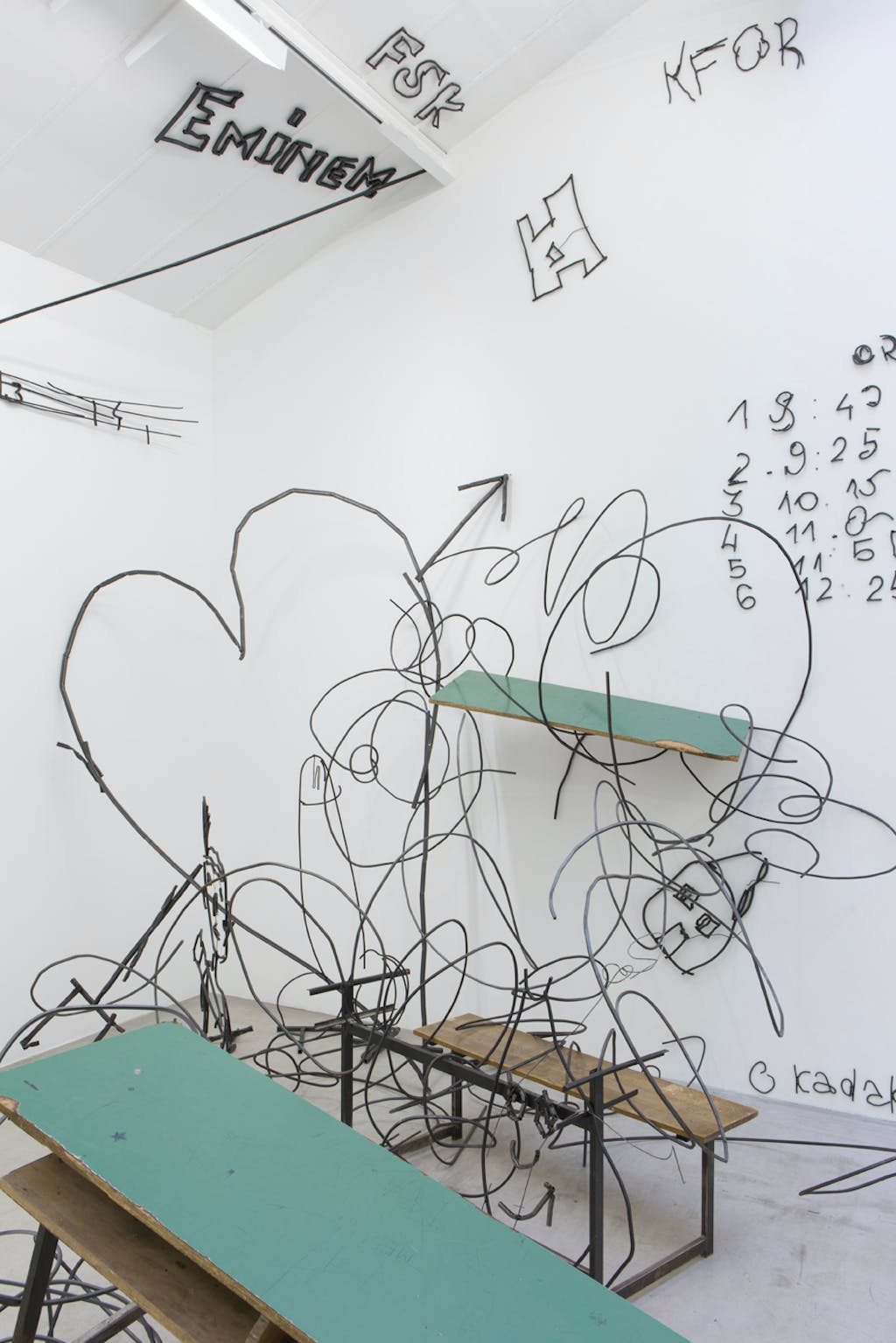 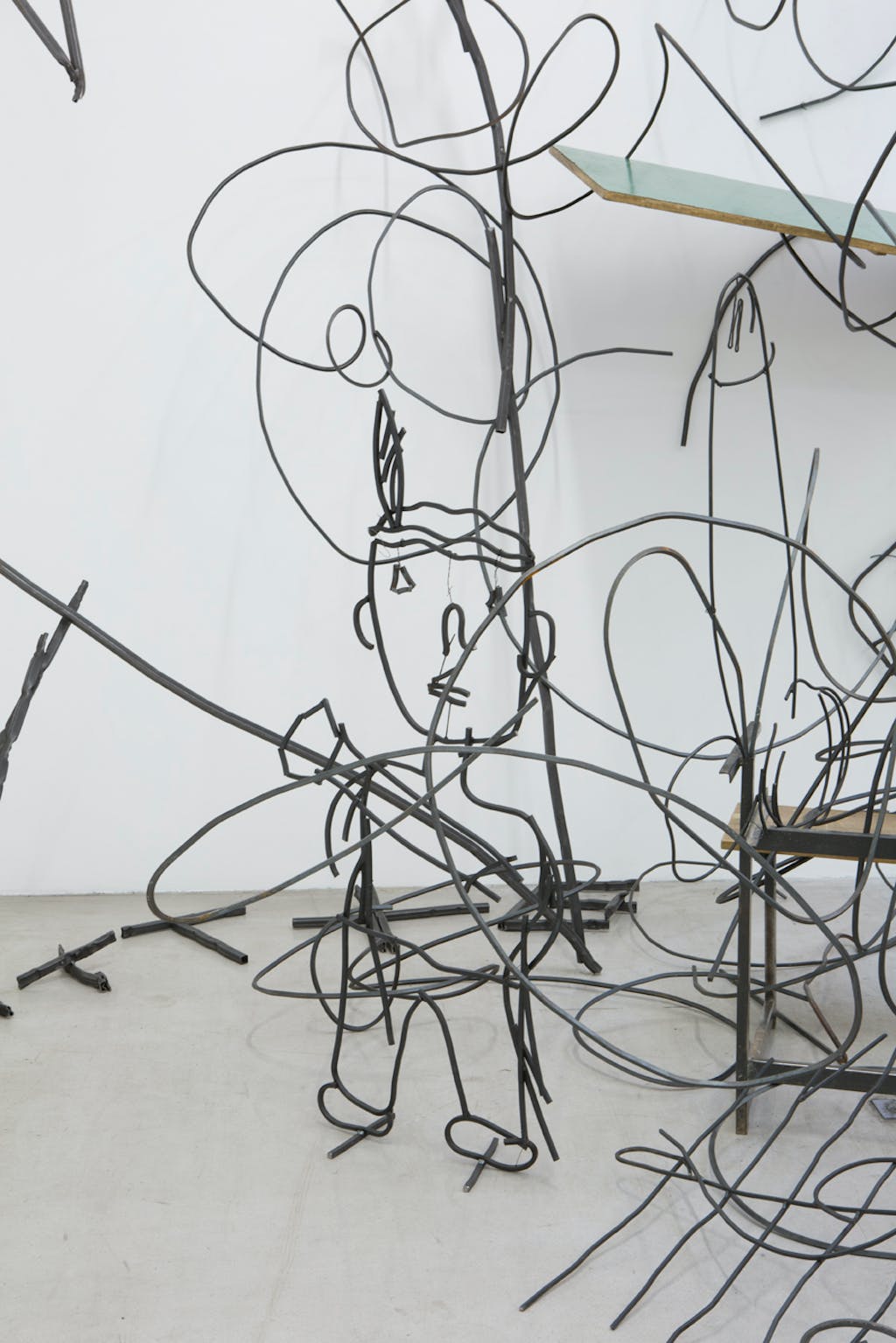 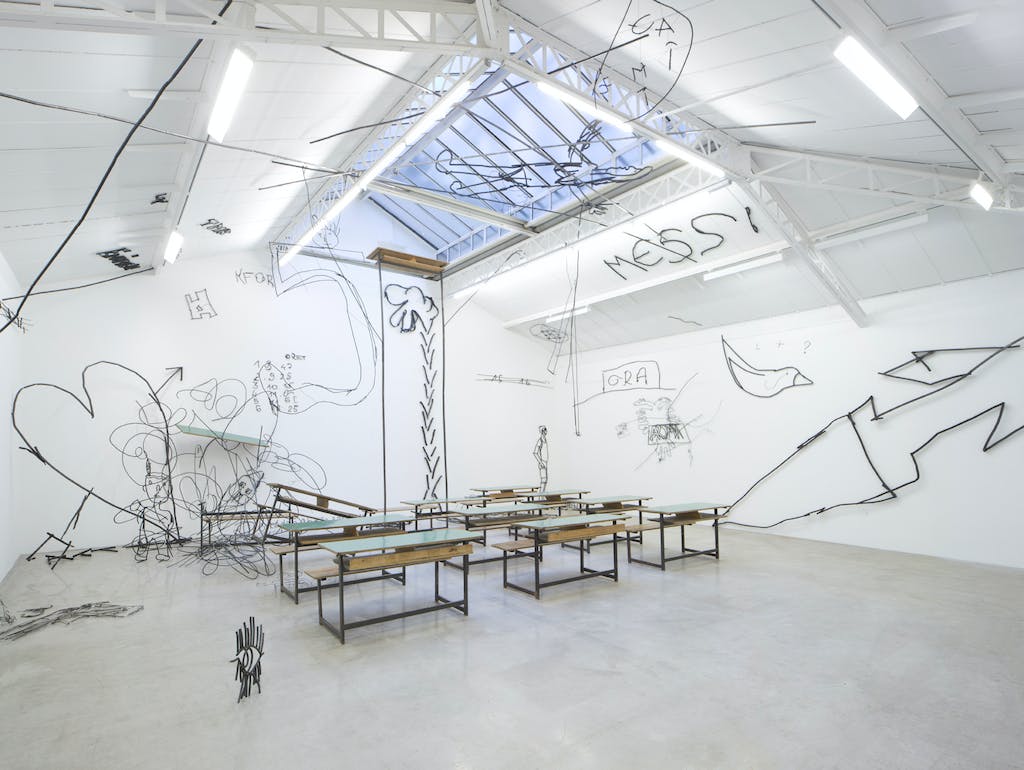