Kamel Mennour is pleased to present “TKAF”, the artist Latifa Echakhch’s second solo exhibition at the gallery.
“Tkaf” is a term taken from a North African dialect called “darija”. The word denotes a sort of curse given, supposedly, by someone close to you… In this exhibition, the evil eye seems to work its way into an array of signs, symbols and clues, but also into empty spaces. In fact, none of Latifa Echakhch’s works is without a complex interweaving of significations or a polysemic approach, where the cultural dimension is but one of many strata of meaning. Although the artist has given the name to the exhibition as a whole, Tkaf (2011-2012) is first and foremost the title of an installation made of smashed and pulverised bricks, spread directly across the floor and walls of the gallery. It was near d’El Jadida in Morocco, in a sanctuary where witchcraft is still practised, that the artist came across the prints and marks of hands made straight onto the walls with reddish clay extracted from the earth. Inspired by this vision, Latifa Echakhch performs a hybridisation in her work between sacred ancestral practices and certain customs of contemporary art that have themselves become sacred. It is worth mentioning the famous exhibition at the Berne Kunsthalle organised by Harald Szeeman, and noting that Tkaf is not unconnected to the works, in particular, of Joseph Beuys, Richard Serra, or even Lawrence Weiner. Latifa Echakhch deliberately sets out to combine the systems of presentation related to these “attitudes” with other worlds, other methodologies whose expressive charge proves to be as direct as it is complex. That the dedication of the artist’s body, as well as its dimensions, can be discerned here is borne of that strange tension between, on the one hand, a radical, brutal and manifest energy, and on the other, a form of sobriety, subtlety and restraint. While adhering to an aesthetic of destruction, even ruin, a piece such as Tkaf also brings us back to the material itself and its symbolic dimensions: the powdered red brick, like traces of blood – reminiscent of that pigment called “Sanguine” – is combined with the sensation of an obliterated, eviscerated architecture.

On an equally iconoclastic note, the tondi (Tambours [Drums], 2012) present us with an unusual genealogy. Created through the carefully orchestrated dripping of black ink, this concept attempts to turn the very idea of a tondo, originally placed on the ceiling to symbolise the sky, on its head. The drips that make up the work are dropped onto its centre for a pre-determined length of time: ink as projectile, the canvas as target… One may be tempted to see a reference to 1950s abstract expressionism, but the wholly dissimilar protocol takes us decidedly elsewhere. It is up to us to guess the tempo of this black ink, again with the continual notion of declaration – a recurrent theme in the exhibition, as is the repeated presence of circular motifs and empty spaces, ghosts, here and there, placed by the artist. A stick, a shirt, some necklaces made from jasmine, whose scent will gradually disappear over the course of the exhibition, evoke a furtive figure glimpsed during a trip to Beirut – the “inimage” of a travelling jasmine seller, to borrow a concept from René Passeron (Fantômes [Ghosts], 2012).
Time passes, and rhythm governs the temporality of the exhibition, hence the twenty-four bowler hats lying on the floor and filled with black ink (Mer d’encre [Sea of ink], 2012). Should we imagine an improbable quest that will result in this somewhat melancholic cosmology? Faithful to the principle of plurivocity, this piece could also be dedicated to the figure of the poet, to those dreamers of words, who here might see themselves transformed into clumsy, ink-splattered clowns…

Born in El Khnansa (Morocco) in 1974, Latifa Echakhch lives and works between Paris and Martigny (Switzerland).
Her work has been shown in France as well as abroad, in numerous solo exhibitions: at the Museum Haus Esters in Krefeld, the MACBA in Barcelona, FRI ART in Fribourg, the GAMeC in Bergamo, the Basel Kunsthalle, the Bielefelder Kunstverein in Bielefeld, the Kunsthalle Fridericianum in Kassel, the Frac Champagne Ardenne in Reims, the Swiss Institute in New York, the Kunsthaus in Zürich, and Magasin in Grenoble; also in group shows: as part of the last Venice Biennale, at the GAM – Civic Gallery of Modern and Contemporary Art – in Turin, the Beirut Art Centre, the CAC in Vilnius, as part of the Jerusalem Biennale ArtFocus and Manifesta 7 in Bolzano, at the Museum Anna Norlander in Skellefteå and at the Studio Museum in Harlem, New York.
She is currently the subject of a solo exhibition at the Columbus Museum of Art (Ohio), and three further shows will take place during the year: in Mexico, at MUAC – the Museo Universitario Arte Contemporáneo, at the Portikus in Frankfurt and at the Kunsthaus in Zurich.
Latifa Echakhch will also be showing her work at the Contemporary Arts Museum in Houston, and will feature at the 18th Sidney Biennale. 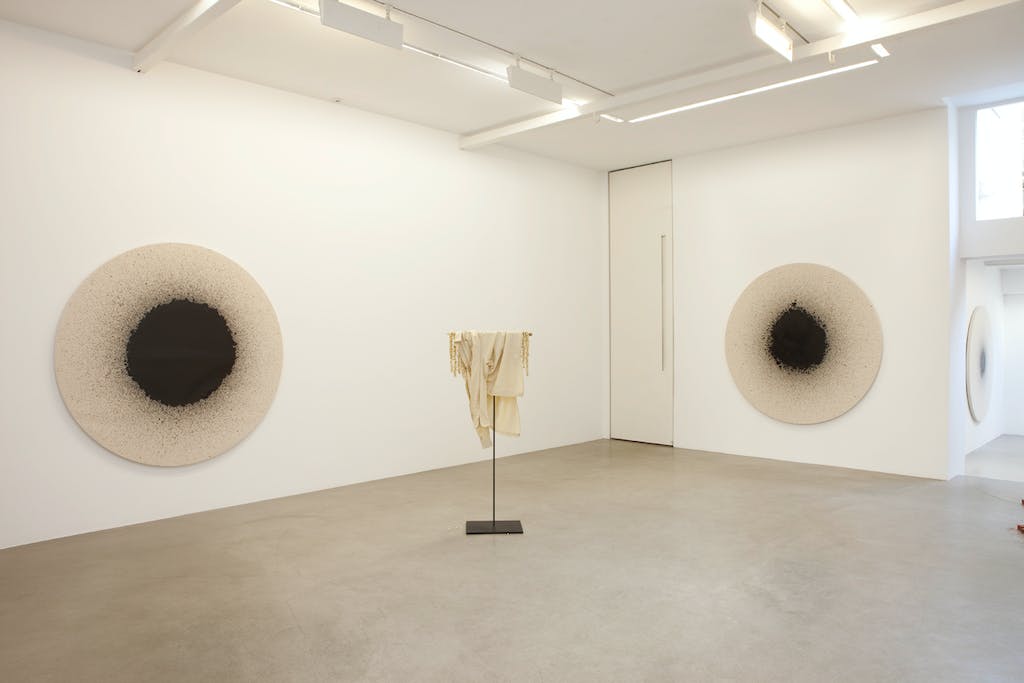 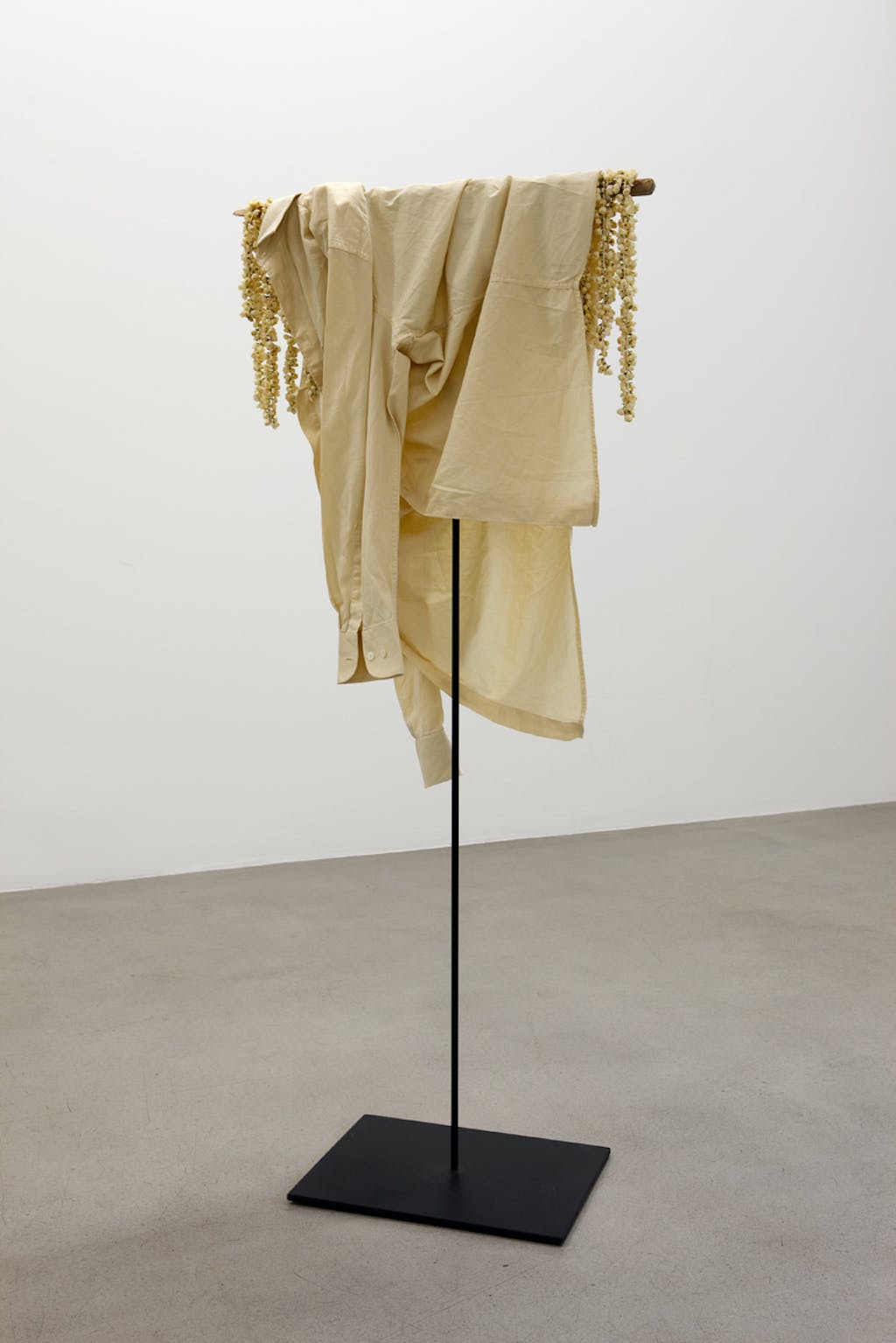 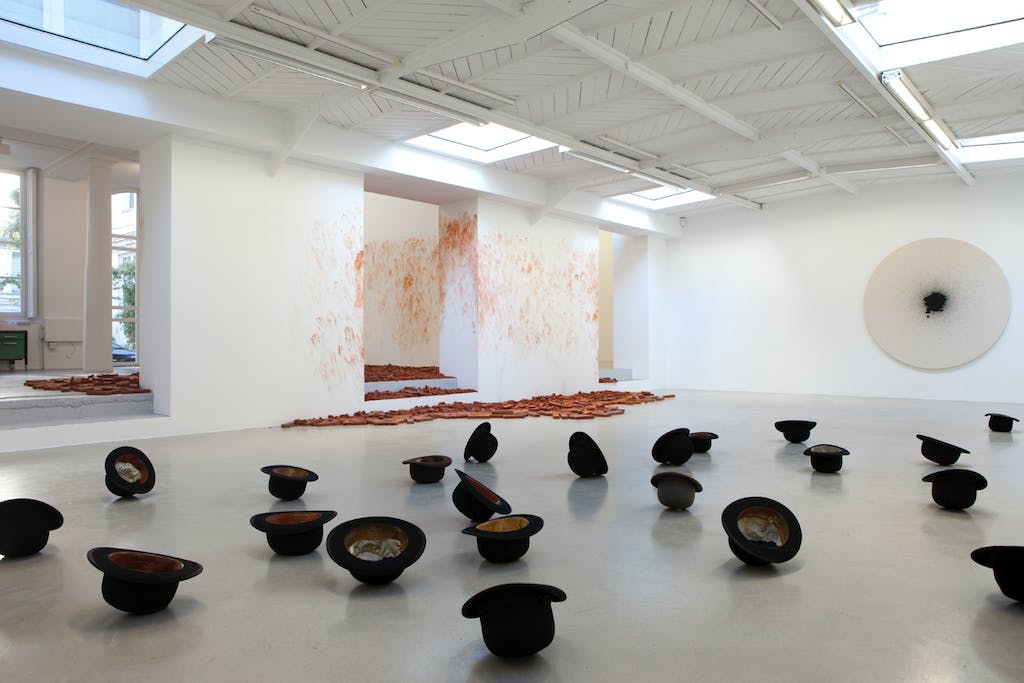 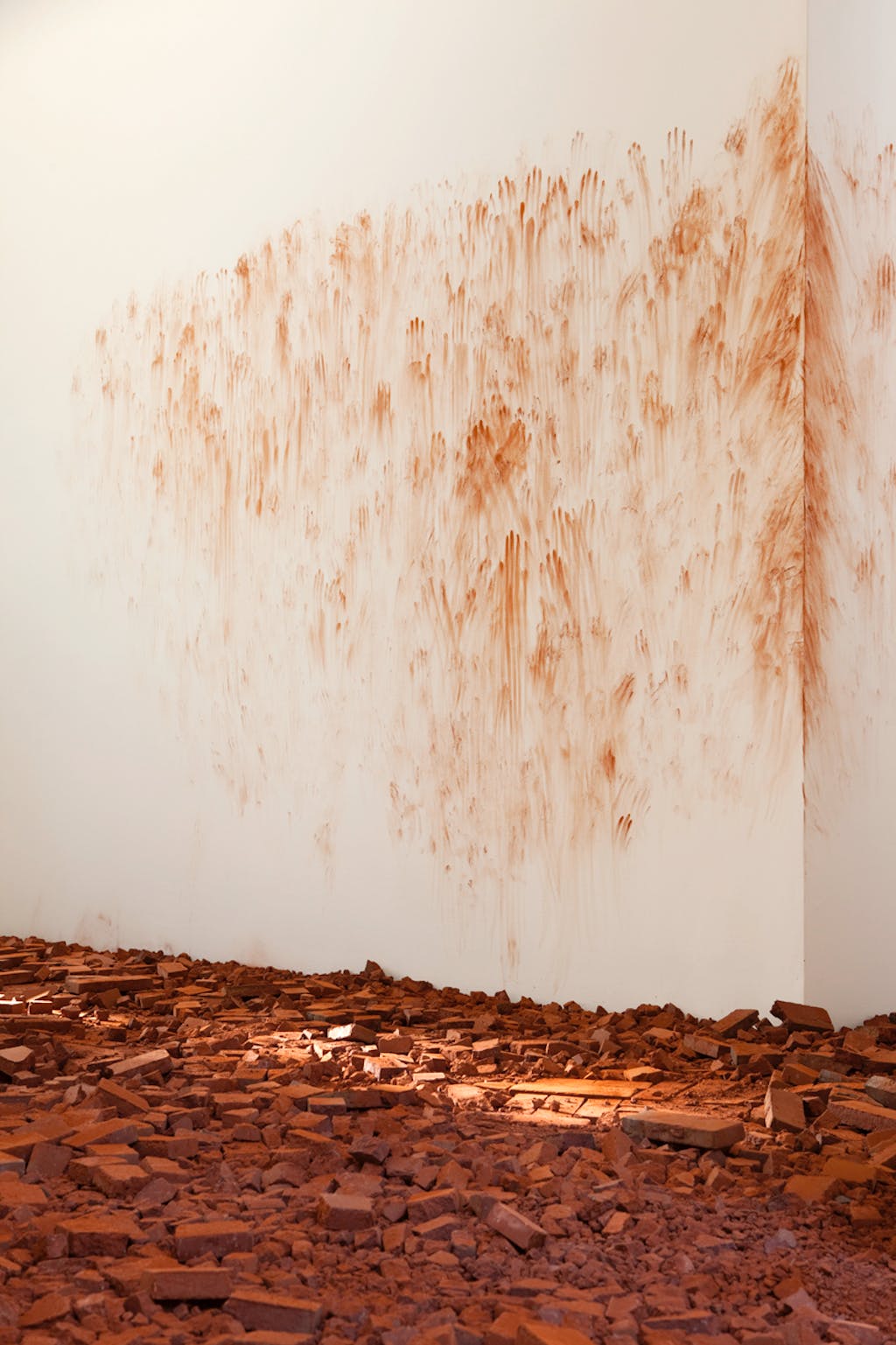 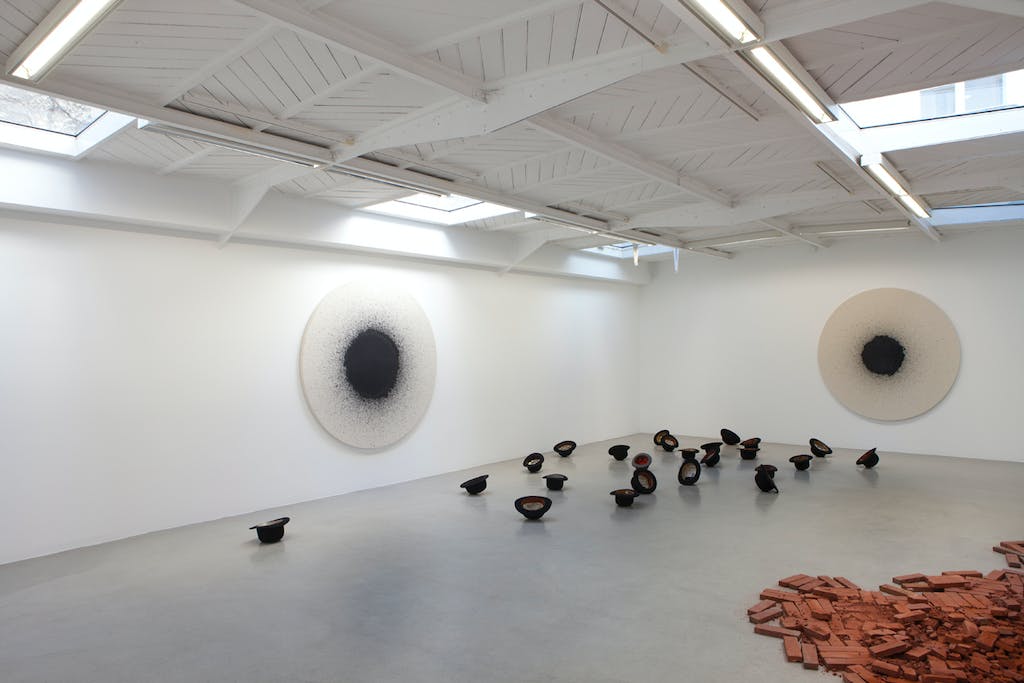 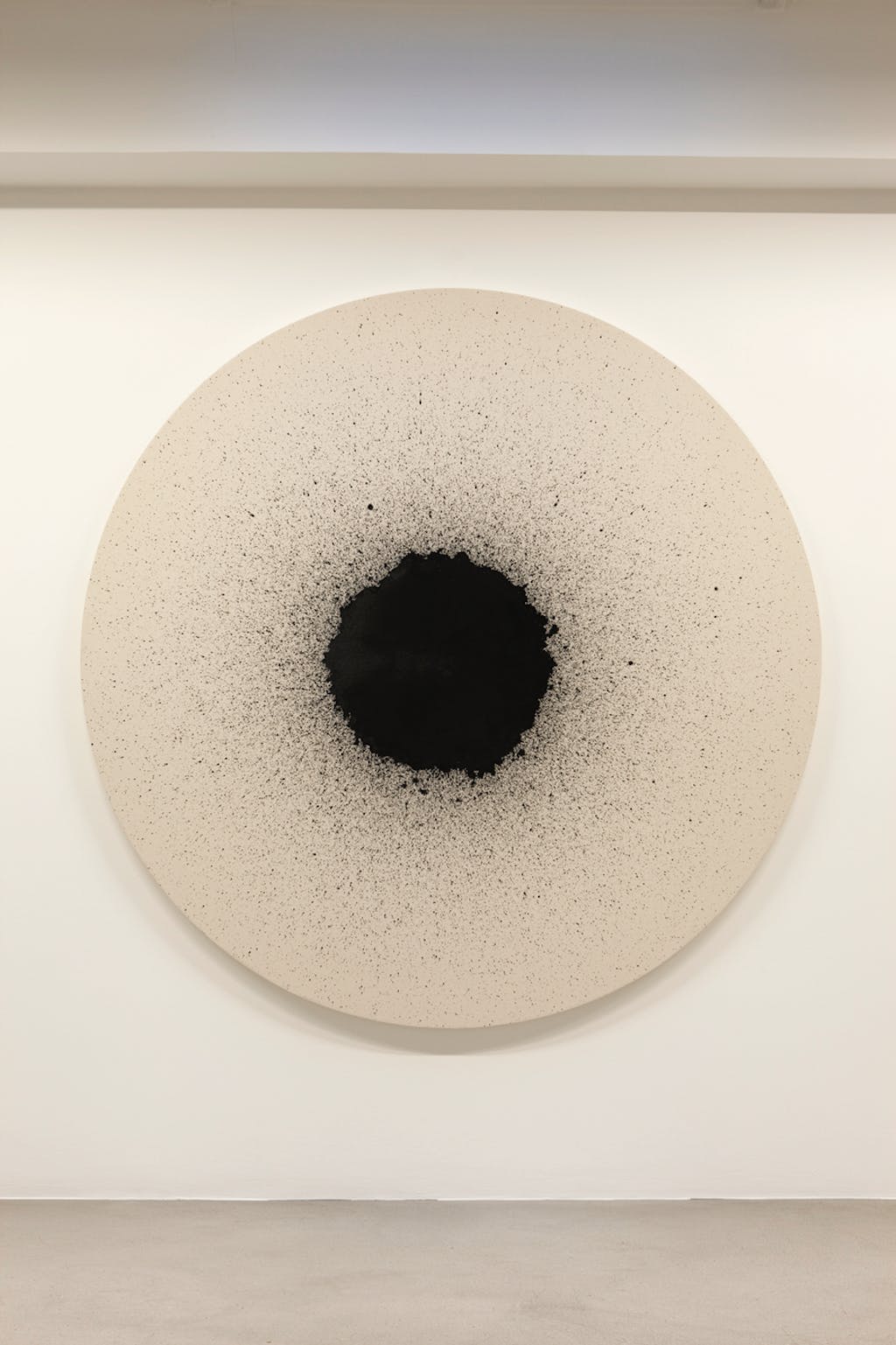 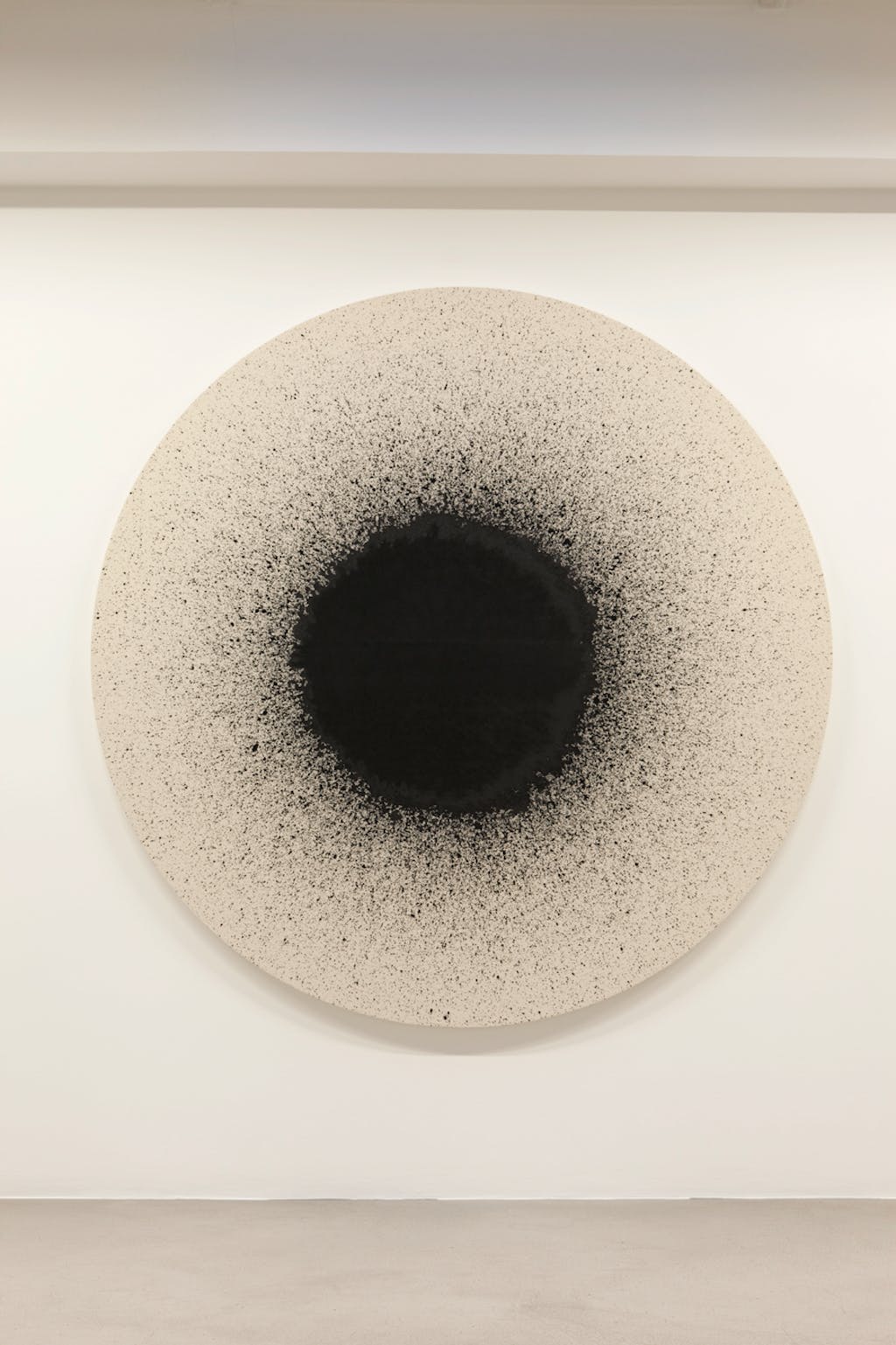 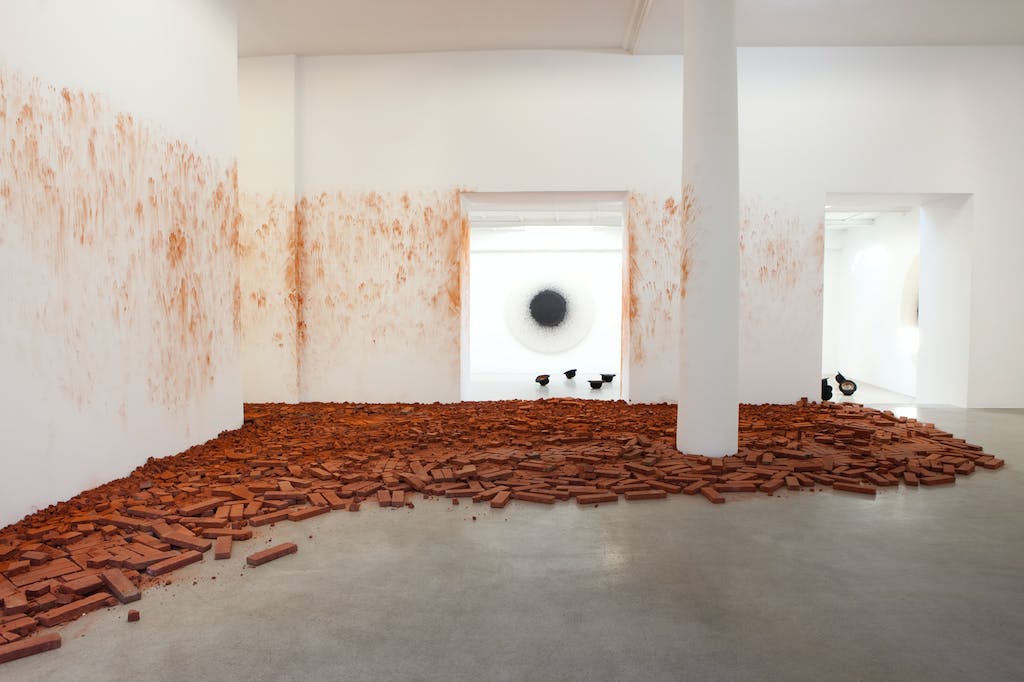