THE CLIENT: God made the world in six days and you, you’re not fit to make me a pair of pants in six months. THE TAILOR: But Sir, look at the world, and look at your pants.
Samuel Beckett

Kamel Mennour is proud to present the gallery’s third solo exhibition of the work of Liam Everett. The American painter’s new works have made an unexpected recovery. After the Camp Fire that destroyed thousands of acres of forest and caused at least 85 deaths in California in autumn 2018, Everett, based in the north of San Francisco and deeply touched by the terror of the catastrophe and its consequences, destroyed the works that he had previously begun for the exhibition in Paris.
‘These fires caused a great distress because what was happening was uncontrollable. For almost two weeks it was necessary to stay inside because of the toxic levels of smoke. All this destabilized me and the result was a desire for raw clarity. During the fires, I destroyed several of the paintings and started over with new material, new sizes, new directions. I felt an urgency to get close to the truth of this situation and to enter into my own fear also.’1
As if the paintings had allowed access to both flames and fear. As if they had made it possible to confront the fascination of a radical energy and the spectacle of destruction in which the archaic and contemporary worlds come together in the primordial and the sacred.
Well before the fires, which would become the most destructive in the history of the United States, Everett had felt a desire to ‘create a kind of painting that could be only visible through wind, through a primary force’. The weaving of desire and destruction, of life and death, is terrifying. For it is truly the wind—more precisely the hot and dry autumn winds, blowing at 100 km/h, devouring the equivalent of a football field every three seconds—that breathed its gigantic power into the fires.
In order not to annihilate everything, tragedy needed to be rearranged by comedy. The saving surge came from laughter and the absurd. It is why Everett also decided to reinterpret Gustave Courbet’s Un enterrement à Ornans (1850) and repurposed the narrative of the somber funeral for a theatrical representation in which the guests are actors playing at mourning [Untitled (Comedy at Ornans), 2018]. These actors are free of illusion like Beckett’s tramps living in a devastated world where everyday language wavers towards poetic and comical eruptions.

1 All quotations from Liam Everett are from an email correspondence with the author between April and December 2018.

By repurposing Courbet’s painting and making a painted floor that covers the main level of the gallery, Everett brings us into contact with ‘another stage’ (this is the way Freud defined the unconscious [ein Andere Schauplatz]). It includes three domains: that of the visitor, that of the painting, and that of the exhibition space. Entering the gallery and walking on the floor, the visitor finds herself immediately placed on an intimate footing with painting and phenomena—fire, wind, gravity.
In his time, Courbet brought both spectator and painter within the painting2. He revolutionized painting by dissolving the distance between canvas and viewer. Everett, for his part, offers the body the possibility of entering into the invisibility of painting.
One can hear the echo of Bruce Nauman’s steps as he walks across the floor of his studio in his video Slow Angle Walk (Beckett Walk) (1968) or as he forces his own body, then the visitor’s, within the narrow confines of his Performance Corridor (1969)3. The narrowness of the corridor engenders anxiety: the work is experience.
For Everett, it is a question of making that part of the invisible that is conquered day after day in the practice of the studio palpable, through the gestures and the bodily situations in which he engages. His paintings are the trace of this effort, a force that surprises even itself. ‘Over the years an autonomous presence that has risen up out of the practice, it is an evasive entity. This is also the same kind of energy that I look for in the paintings, a force that requires a certain level of invisibility to survive.’ This sedimentation of works and days magnetises the spaces of the wild: ‘I am constantly overwhelmed by color as it is always ahead of me, shrouded in the evershifting light source. It is the weight, volume and speed of color that I recognize and depend on in order to build the structure and surface of the painting.’ “The Winds” are an attempt to direct these untamed forces towards the potential of the imagination, hence towards a possibility of the future. For the violent dynamism of the wind can become constructive when its cosmic vortices accompany the metamorphoses of painting. Everett’s works become the terrain for this phenomenon to unfold. Entering them is to find yourself transformed.
Annabelle Gugnon 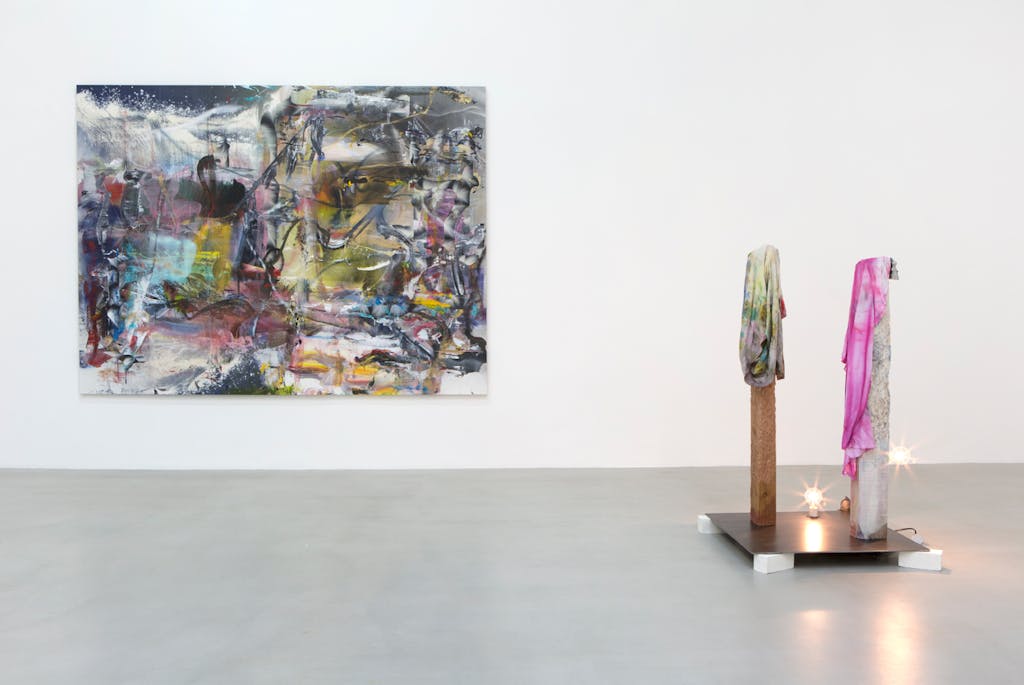 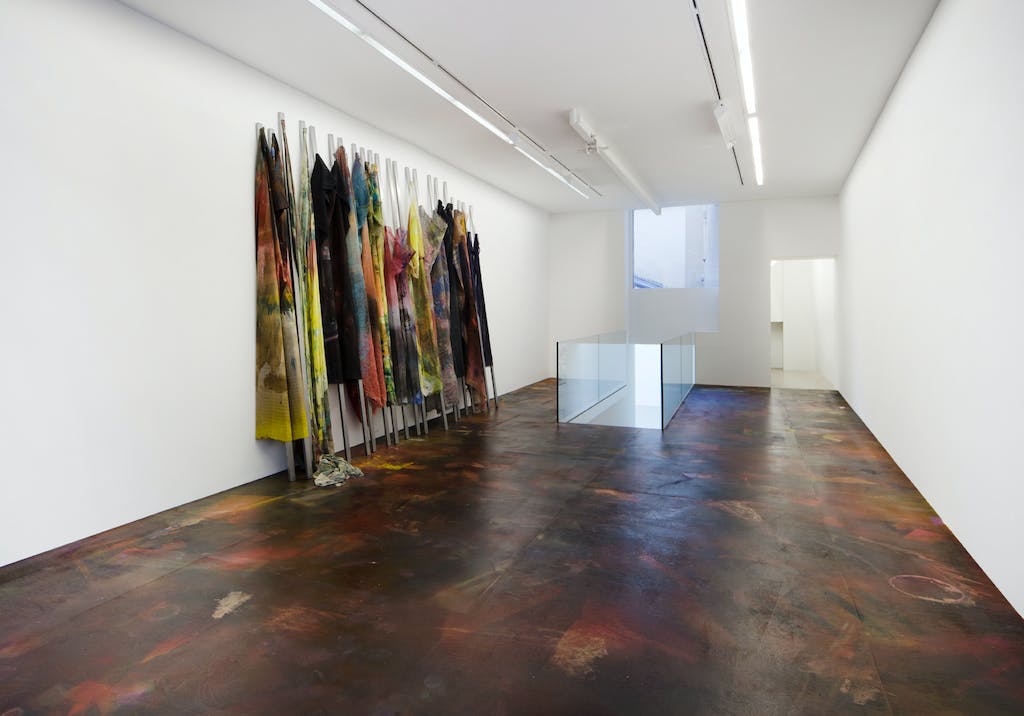 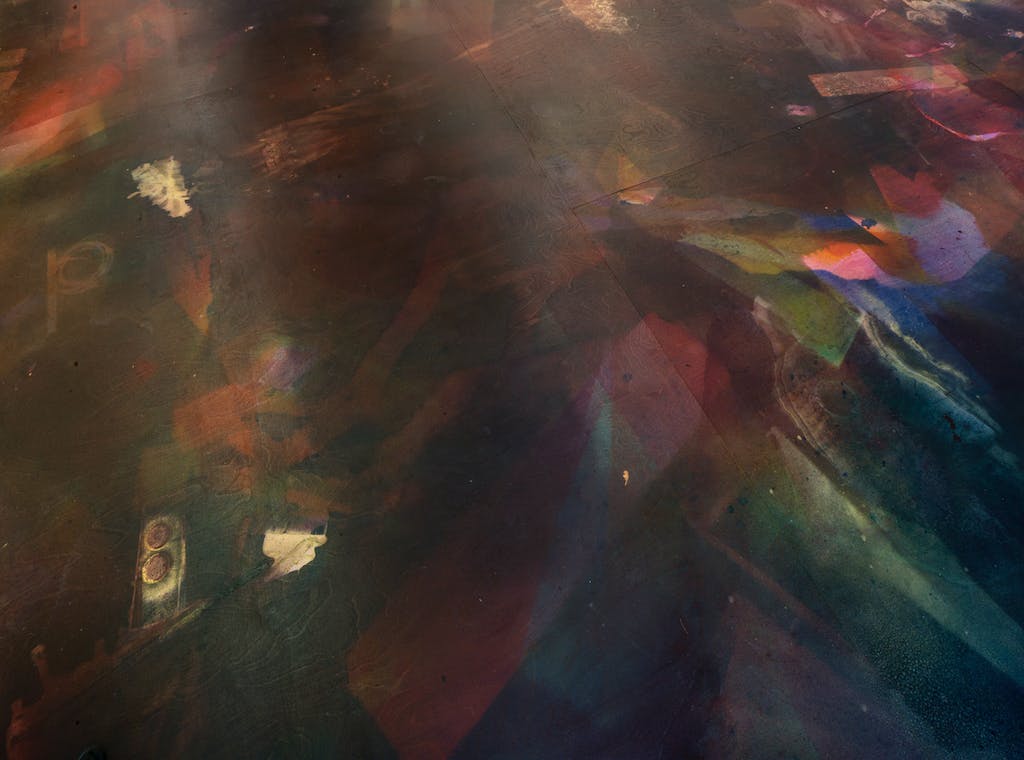 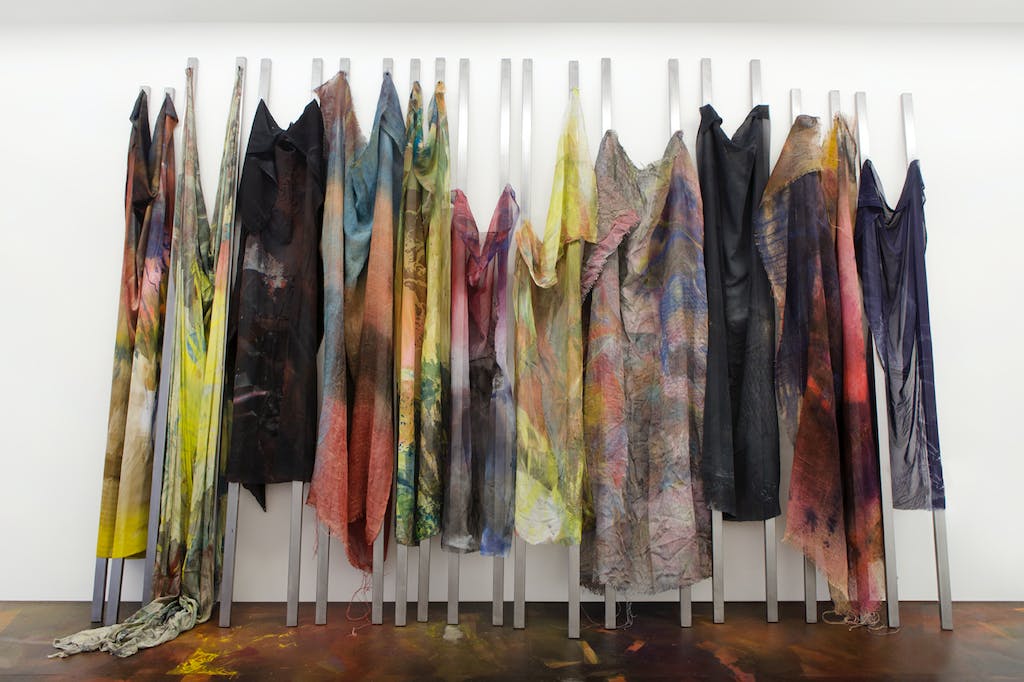 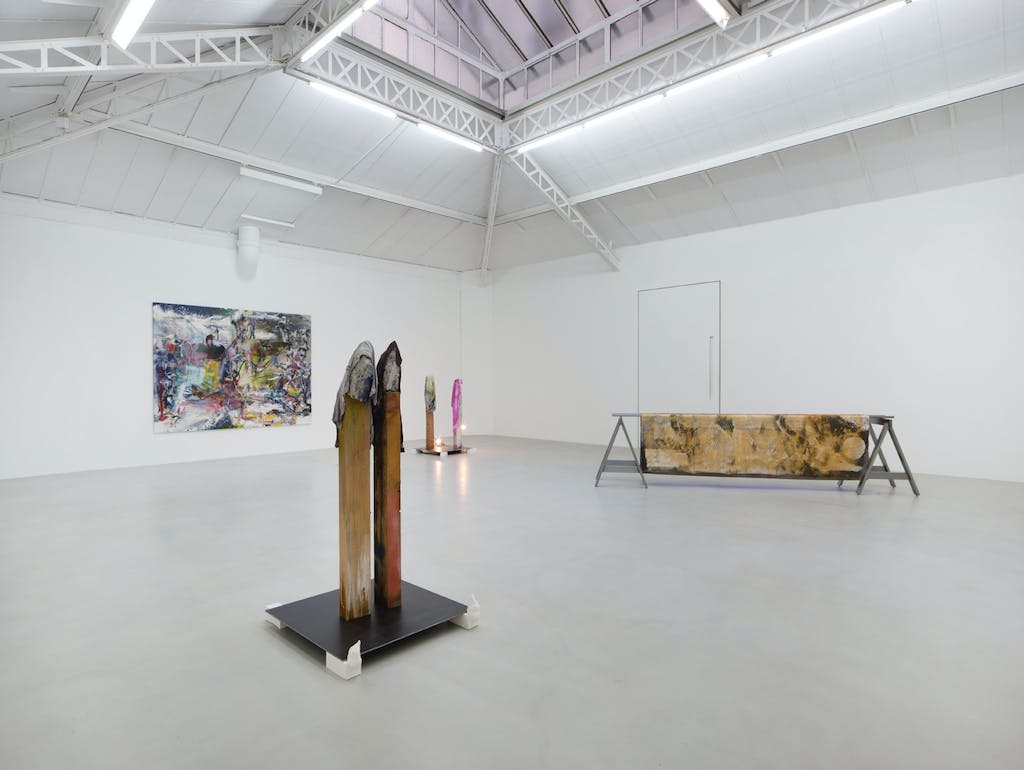 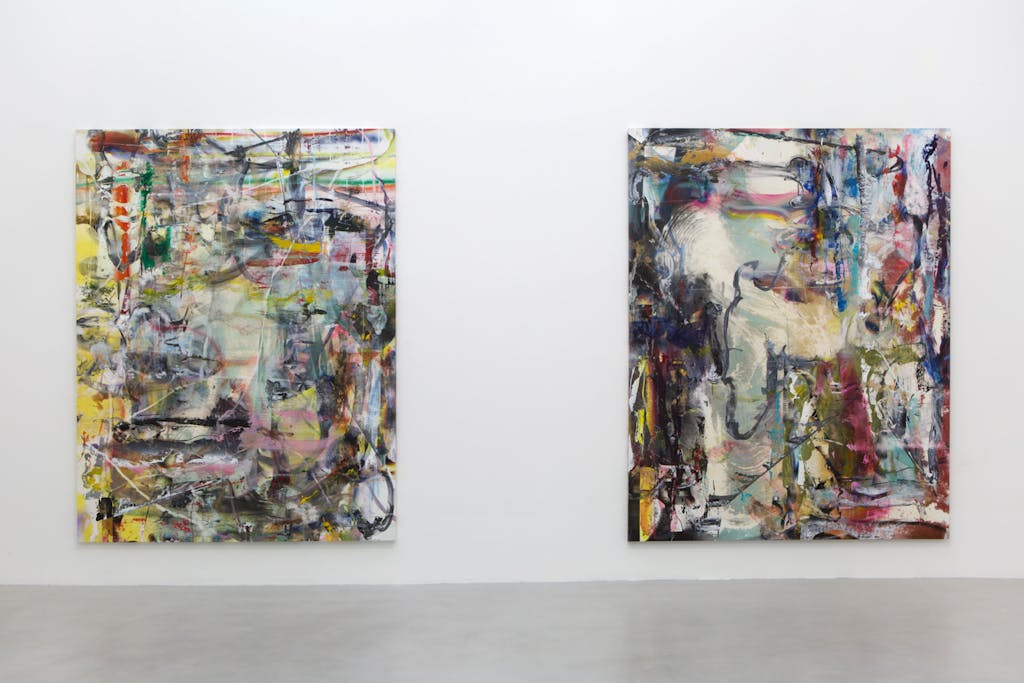 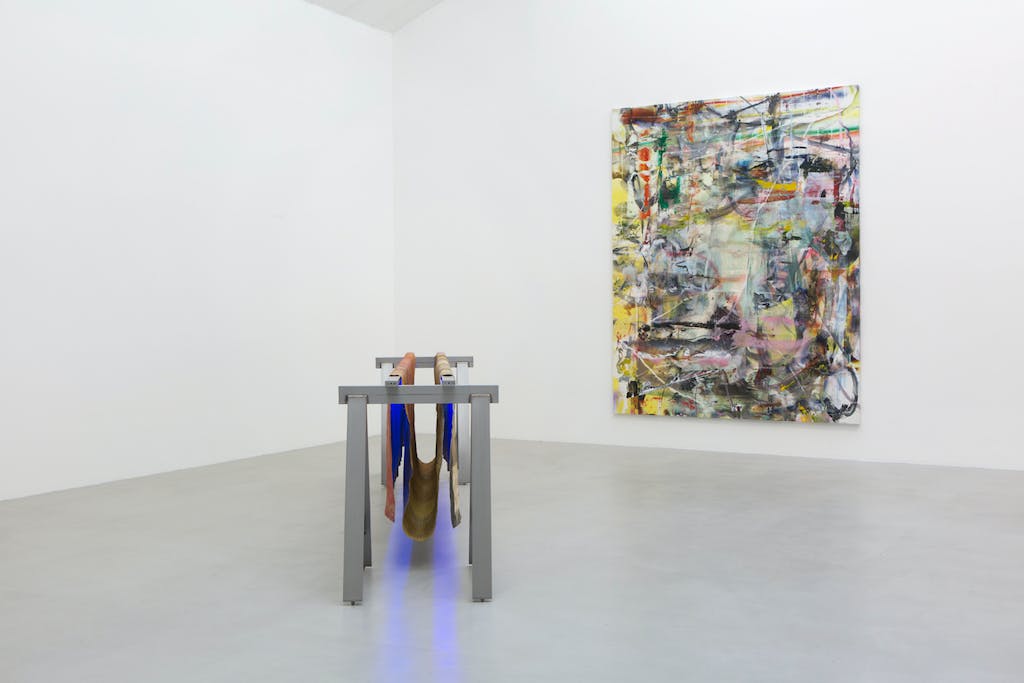 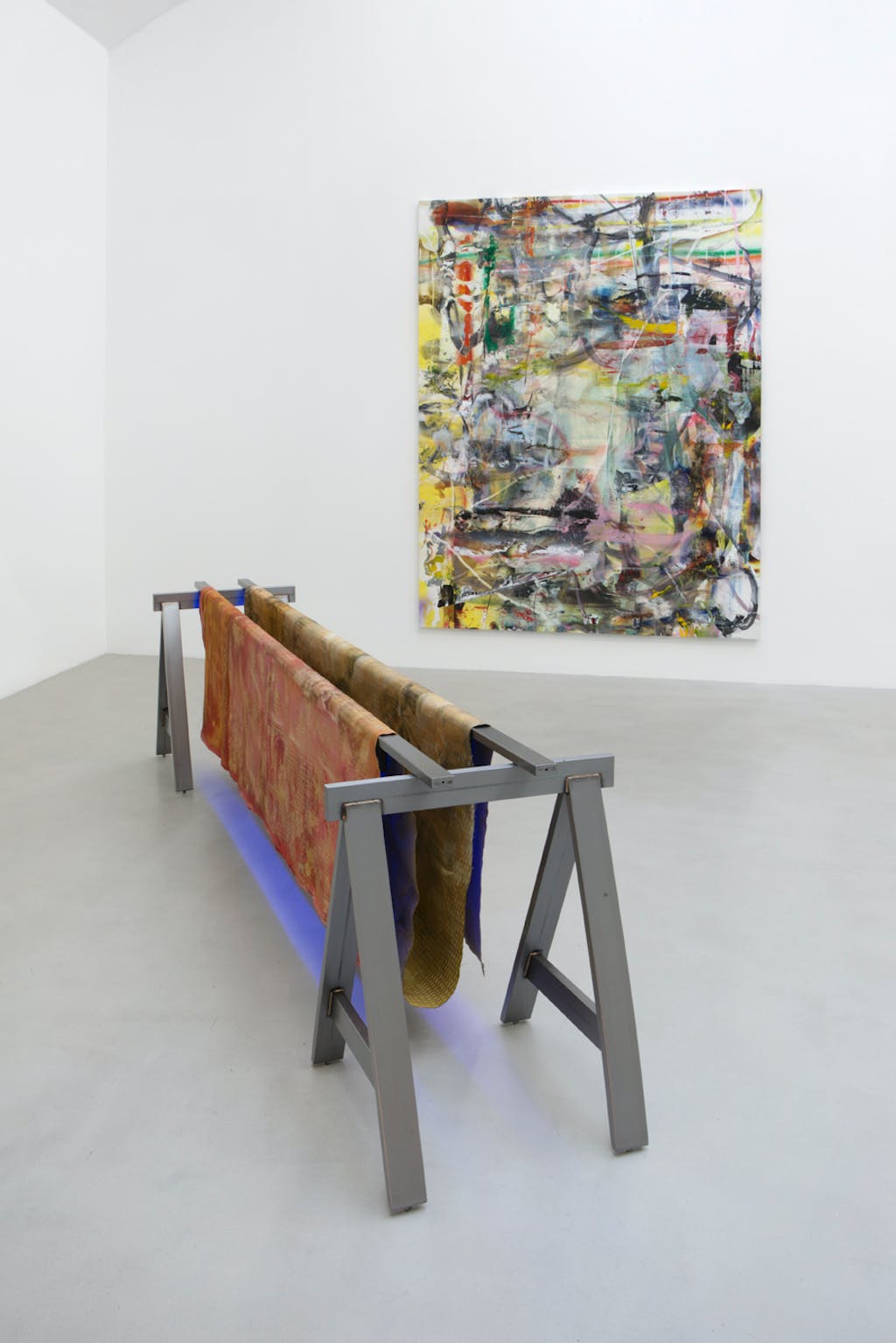 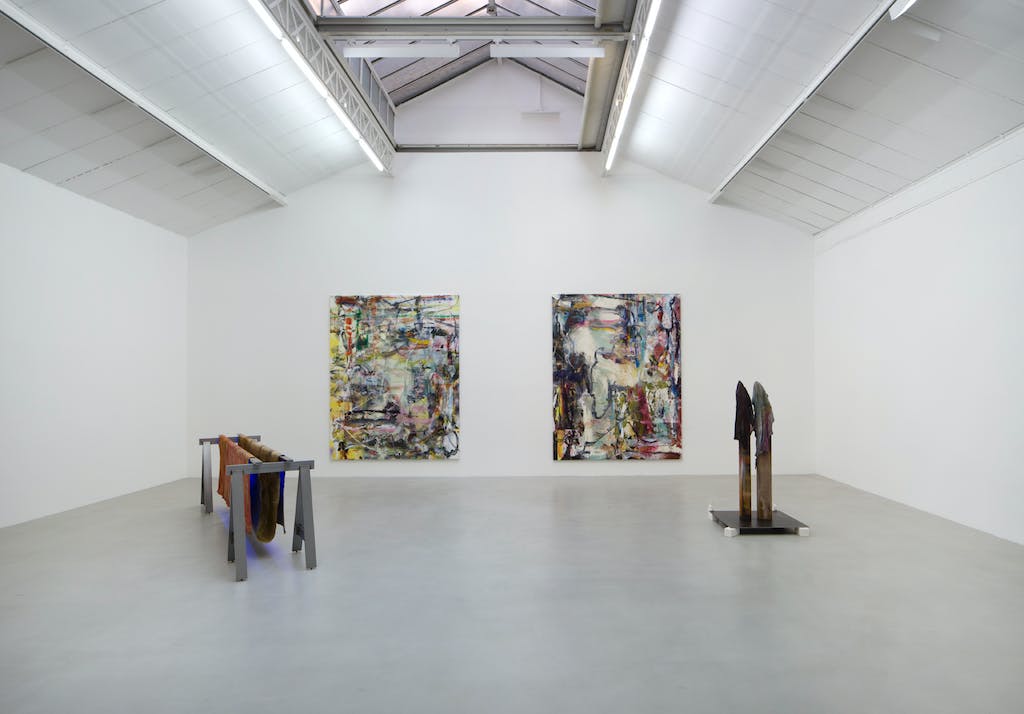 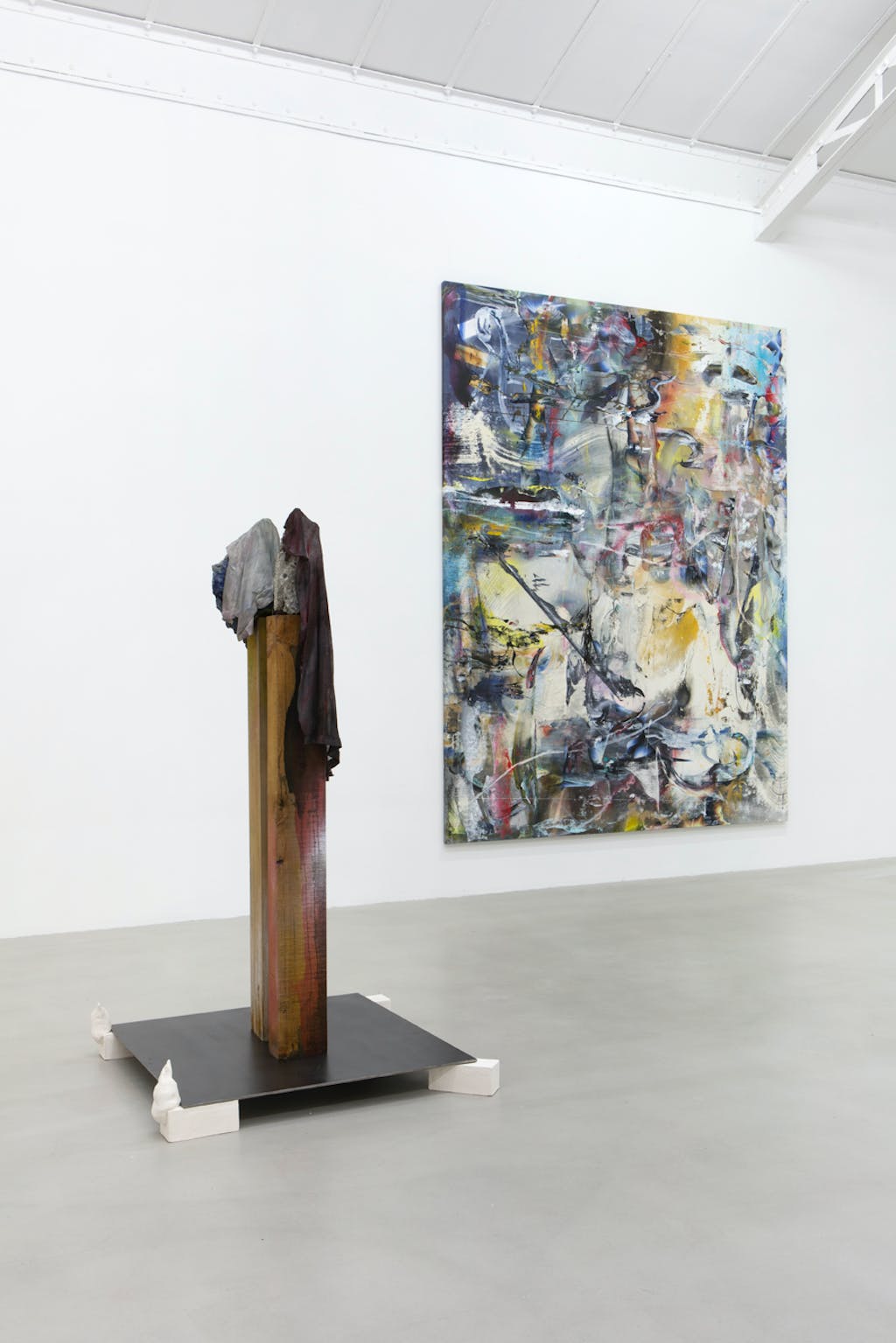 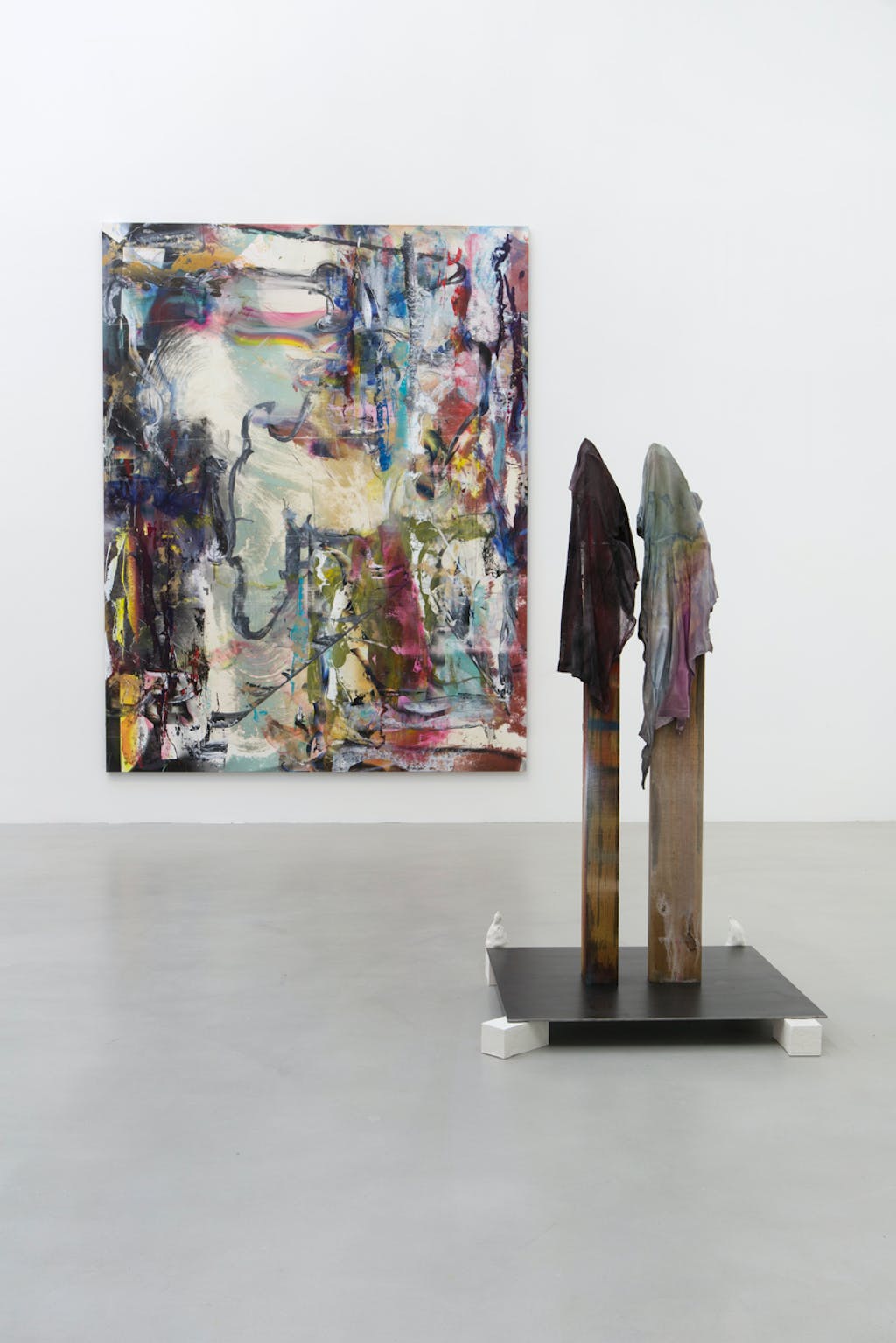 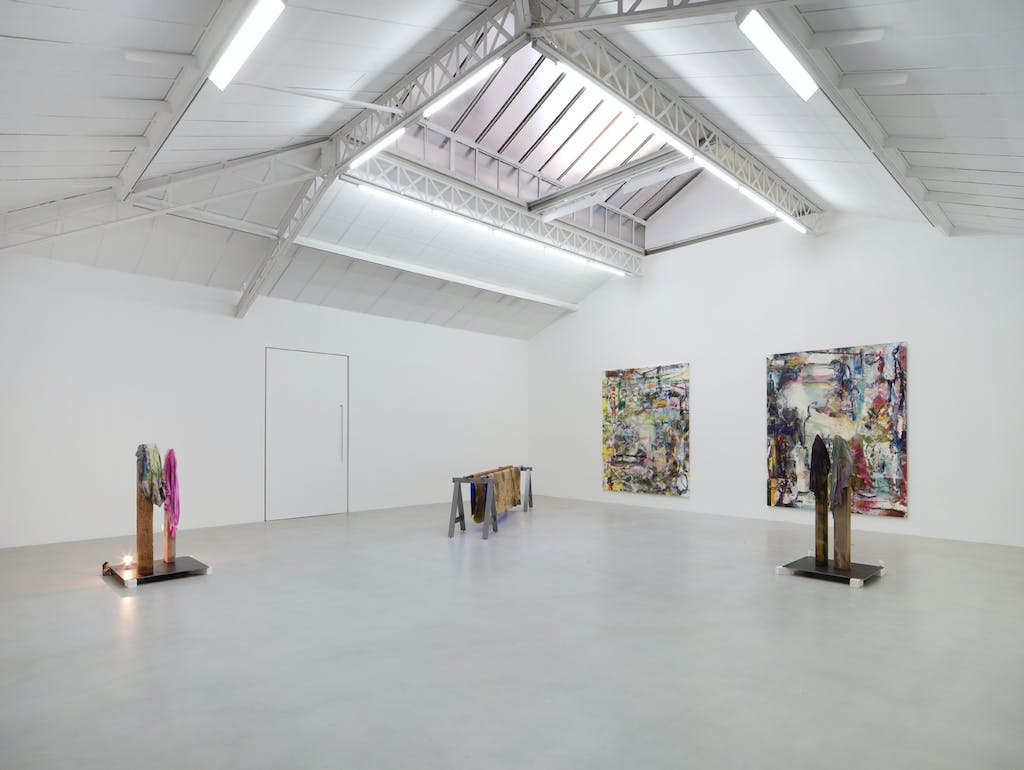 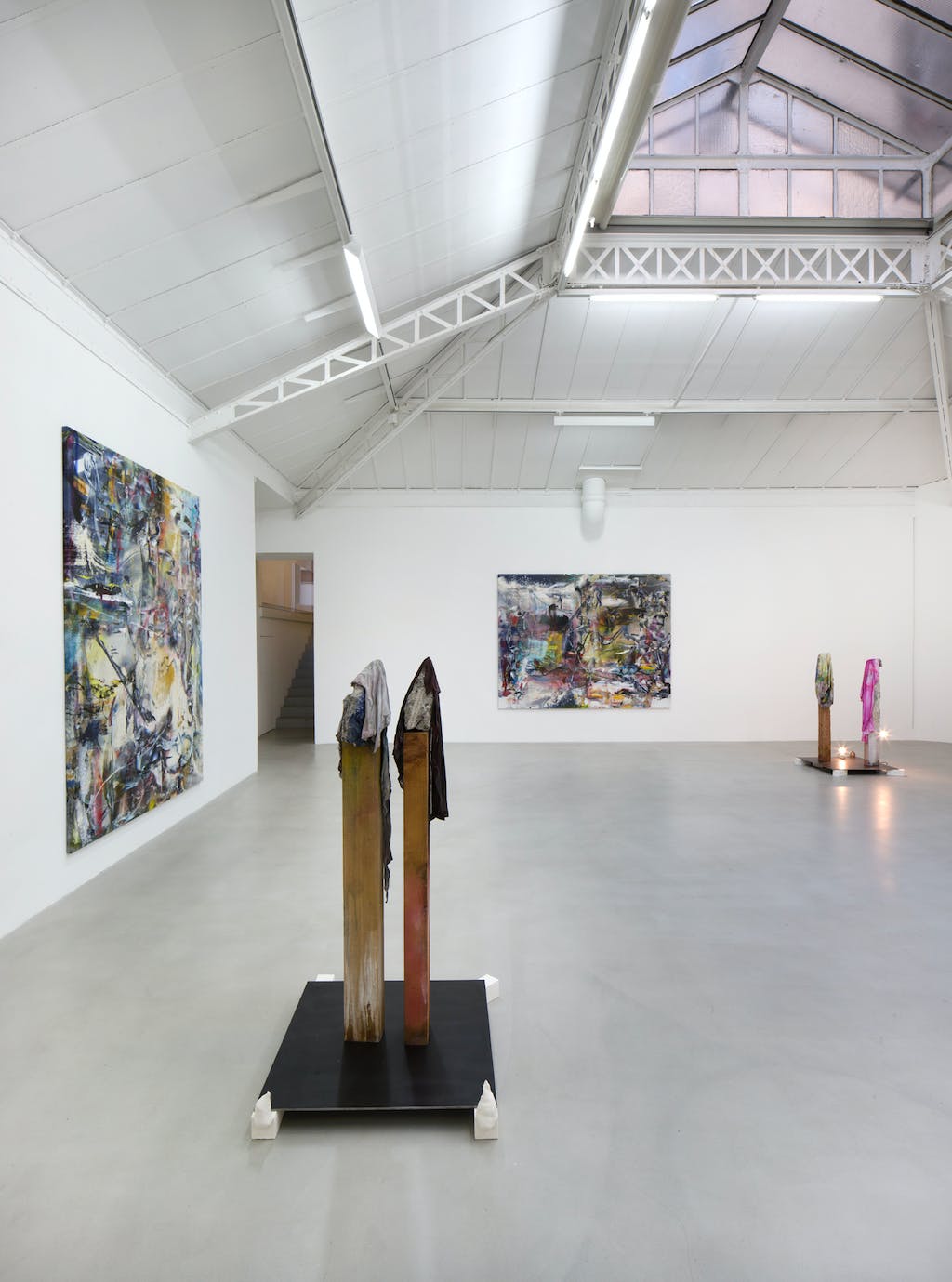 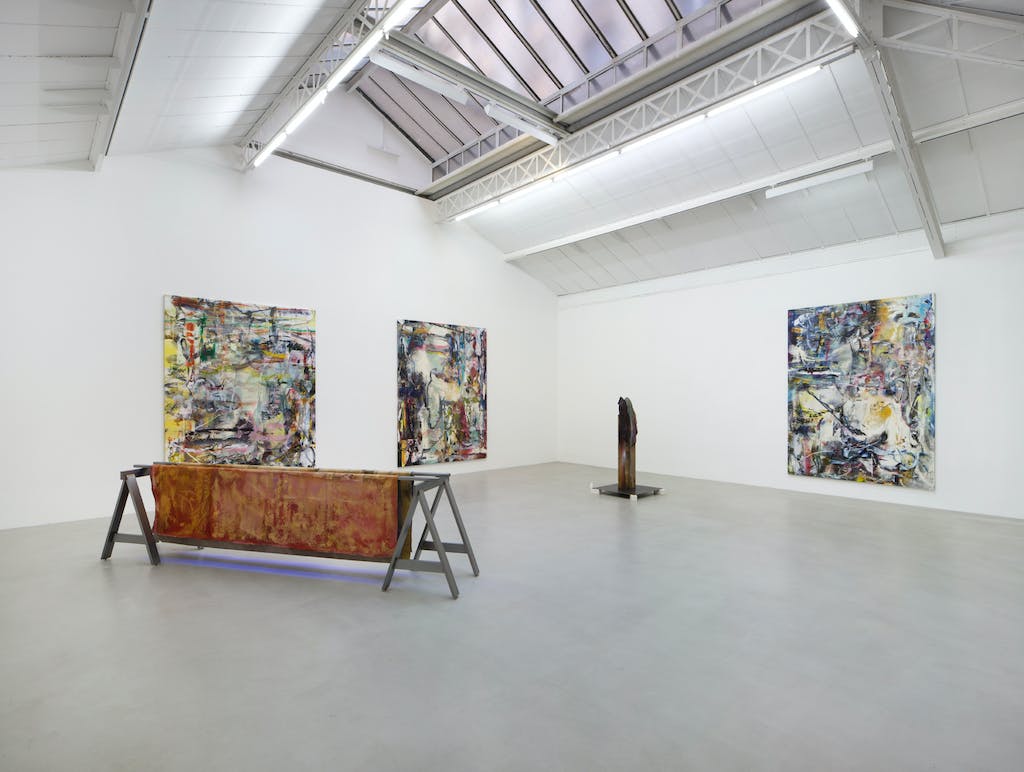 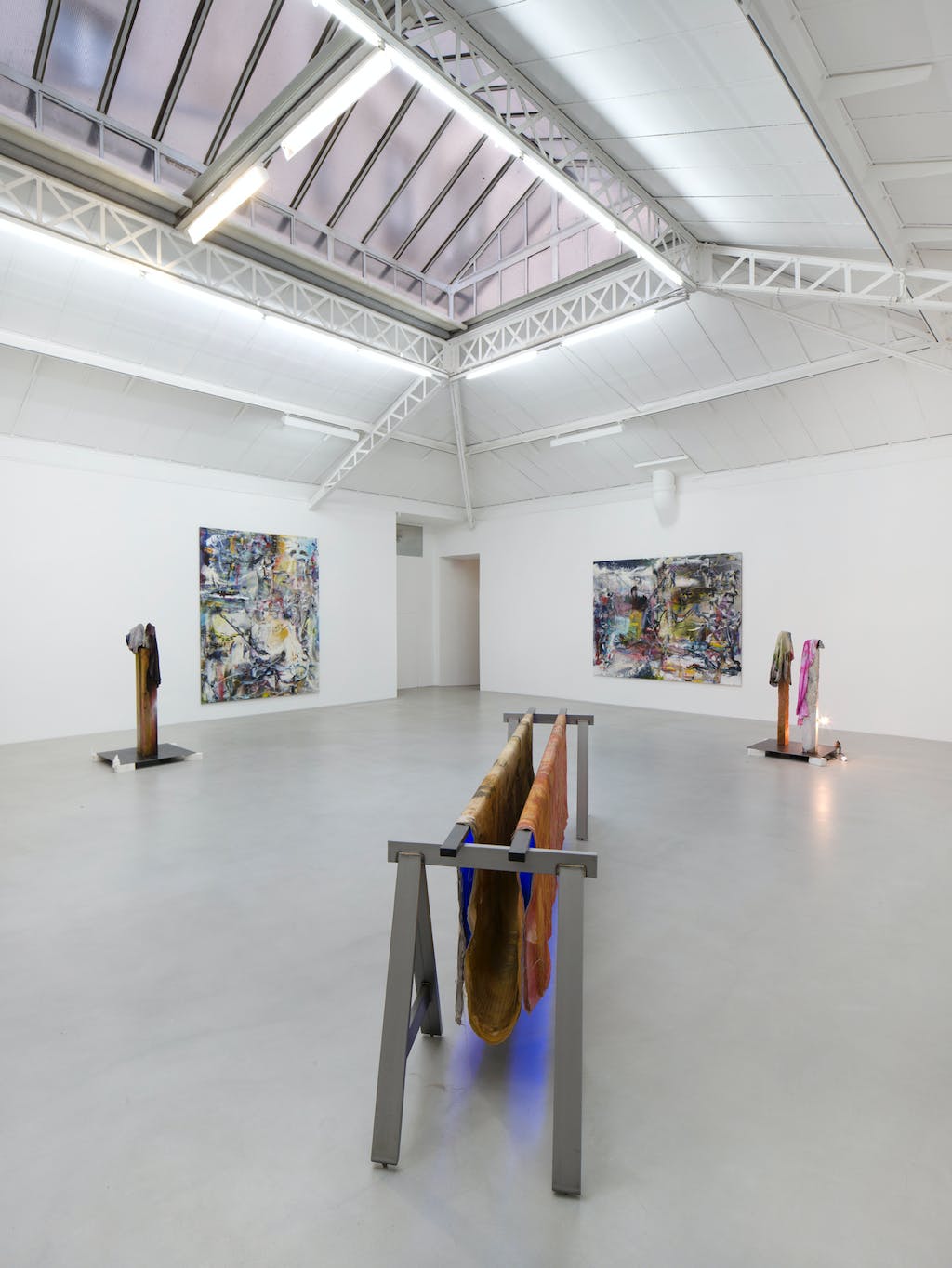 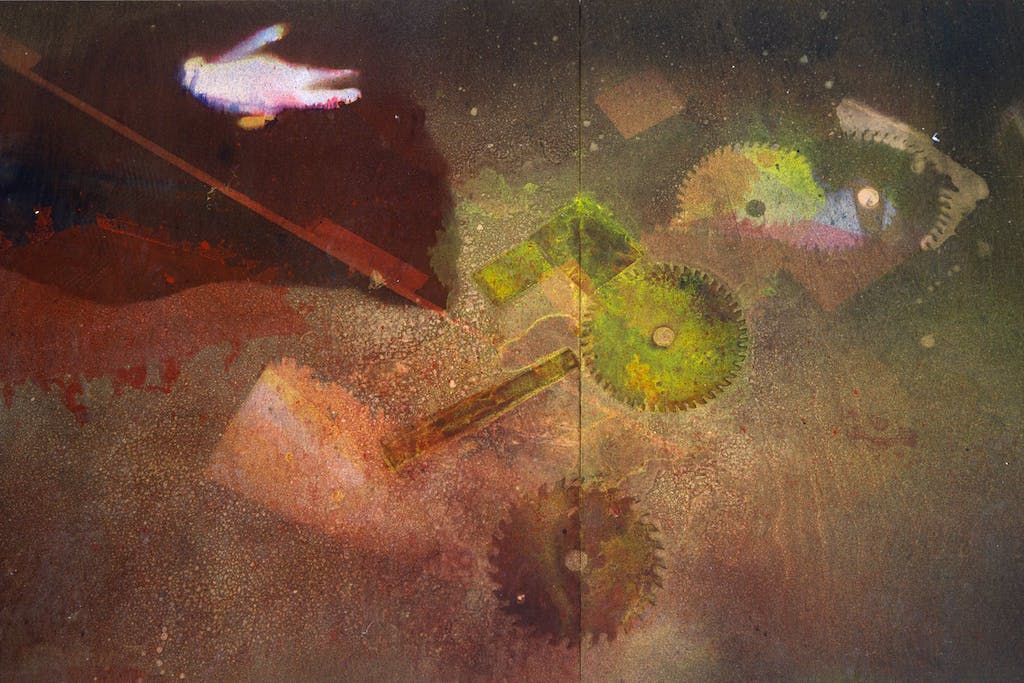