the anatomy of my desire

Douglas is six years old. He lives in Scotland. He is watching TV with his sister and he happens to see one of the films that will have an enormous impact on his life: Albert Lamorisse’s The Red Balloon. This short French feature film from 1956 follows Pascal, also six years old, who on his way to school happens upon a balloon tied to a street lamp. He detaches it and becomes attached to it. The magic balloon irresistibly carries the child towards new adventures. Now, June 2019, the balloon has grown in size, floating above the glass roof of the gallery. Free from the street lamp. The balloon is the pure metaphor of desire—ungraspable, unpredictable and provocative.
Desire remains at the heart of Douglas Gordon’s artistic research. Following from ‘the inventory of my desire’, presented in Autumn 2018 at kamel mennour on Avenue Matignon, in which he exhibited his own work along with those of six other crucial artists for him, he is pursuing his enquiries with this ‘private investigation in public’. ‘the anatomy of my desire’ brings together new pieces: sculptures, films, ready-mades, watercolours, works in neon light… In the gallery Rue du Pont de Lodi, Gordon remembers ‘the playground’, while in the Rue Saint-André-des-arts gallery, he is looking towards a childhood, ‘through a fog of clarity, clinicism and brutality’.
After more than thirty years of work, Douglas Gordon is taking stock. He wants to know what his desire is made of, an unconscious, indestructible energy, which supports existence and whose roots lie in childhood. ‘I want to understand. I am trying to see if desire is plural or if it’s always the repetition of the same thing.’ These words are the compass of an investigation, one that is subtly underwritten by a seminal filmography.
On entering the gallery, a line of fifty-two balloon knots, one in gold, leads us towards the sky, on the way passing a raven-brush dipping into a jar of watercolour water. The work is an homage to two childhood professors who opened Gordon’s eyes when he was a child. They also encouraged him to visit Paris. He made his voyage of initiation when he was seventeen. He discovered the Louvre, the Musée d’Art moderne de la Ville de Paris, Niki de Saint Phalle’s Tirs (1961-1964), Le Magasin de Ben (1958-1973)… Paris will remain forever treasured in his heart.
The timeline unfolds and desire remains tied to the same umbilical chord, to a certain ‘nom[bril] du monde’, as the actress Jeanne Moreau sang. The continuity in being draws the line forward. On each of his birthdays, Gordon adds another knot. This yearly count, secreting time, recalls the vanities he has been creating since he turned forty (Forty, 2007). A skull stuck with stars, a new star with every birthday.
The body grows, the child becomes an adult, and the adult remains threaded through with childhood. Desire is ageless, even if the libido is organised differently. Thus, in the gallery’s other space, the grey sweater of six-year-old Pascal and the camel coat that forty-something Paul wears in Bernardo Bertolucci’s Last Tango in Paris (1972) have each been tailored in both an adult and a child version. They have neither buttons nor pockets. ‘What to do with our hands, then?’
They become the actors in Solid Milk (2019). In the film, Gordon’s left hand becomes a camera and he films the right hand grasping a block of butter. The hand, sensual and predatory, lubricated by the fat, slowly transfers its vital energy to the butter, which melts in an erotic alliance. The videos echo Blue (1998) and Blue II (Featuring Franz West) (2007), where Gordon’s hands simulate a sexual act. Hands and the figure of the double are both red threads in his body of work. They stand for sensuality, duplicity, love-hate, conflict, subjection…
What is desire? Could routine be an escape from this infinite question, could it shore up one’s wanderings? In seventeen watercolours made one in a day, like a meditation on routine, Gordon explores the act of daily-making-the-bed-with-hospital-corners by the legionnaire in Claire Denis’ film Beau Travail (2000). Gordon made an impression of a replica of the bedcover. The film, which takes its inspiration from Herman Melville’s last book, Billy Budd, tells the Christ-like story of a legionnaire whose chest is tattooed with the phrase, ‘Serve the good cause and die’.
Like a lifeless body, a branch stripped of grapes lies prostrate on the ground, same size as Gordon’s own body. Desire is fruitless. It’s the way it is. Desire has its own memory, its own logic, its mysteries, and there is no why. No explanation can approach it. To all the questions that want to submit acts, works, and obsessions to explanation, Gordon replies with five white neon lights: the ‘because because because because because’ in the Wizard of Oz (1939). Because of what? That is the question.
Desire conceals perpetual mysteries, and the exploration of desire requires a particular ethic, a peculiar question. ‘What shall we do now?’ asks the voice of the little girl once the raven—with very natural cruelty—has torn to pieces and eaten the little canary in the video Silence, Exile, Deceit (reissued in 2019). The video evokes the vital decision of Stephen Dedalus, the hero of James Joyce’s novel A Portrait of the Artist as a Young Man:
‘I will tell you what I will do and what I will not do… I will try to express myself in some mode of life or art, as freely as I can and as wholly as I can using to defend myself the only arms I allow myself to use: silence, exile and cunning.’

Born in 1966 in Glasgow (Scotland), DOUGLAS GORDON lives and works in Berlin, Glasgow and Paris. His practice encompasses video and film, installation, sculpture, photography, and text. Through his work, Gordon investigates human conditions like memory and the passage of time, as well as universal dualities such as life and death, good and evil, right and wrong. Gordon’s oeuvre has been exhibited globally, in major solo exhibitions including the Neue Nationalgalerie in Berlin (1999), the Tate Liverpool (2000), the MOCA in Los Angeles (2001 and 2012), the Hayward Gallery in London (2002), the National Gallery of Scotland (2006), the Museum of Modern Art in New York (2006), the Tate Britain in London (2010), the Tel Aviv Museum of Art (2013), as well as in the Musée d’Art moderne de la Ville de Paris (2014). His film works have been invited to the Festival de Cannes, Toronto International Film Festival (TIFF), Venice Film Festival, Edinburgh International Film Festival, BFI London Film Festival, Festival del Film Locarno, New York Film Festival, among many others. Gordon received the 1996 Turner Prize. In 2017 he presented I had nowhere to go at documenta 14 in Athens and Kassel. 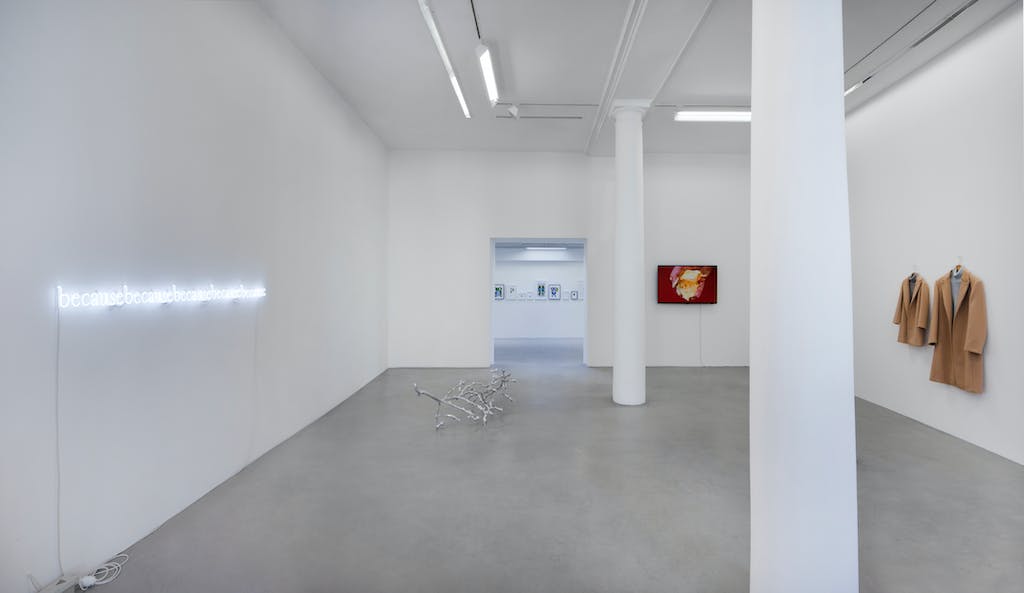 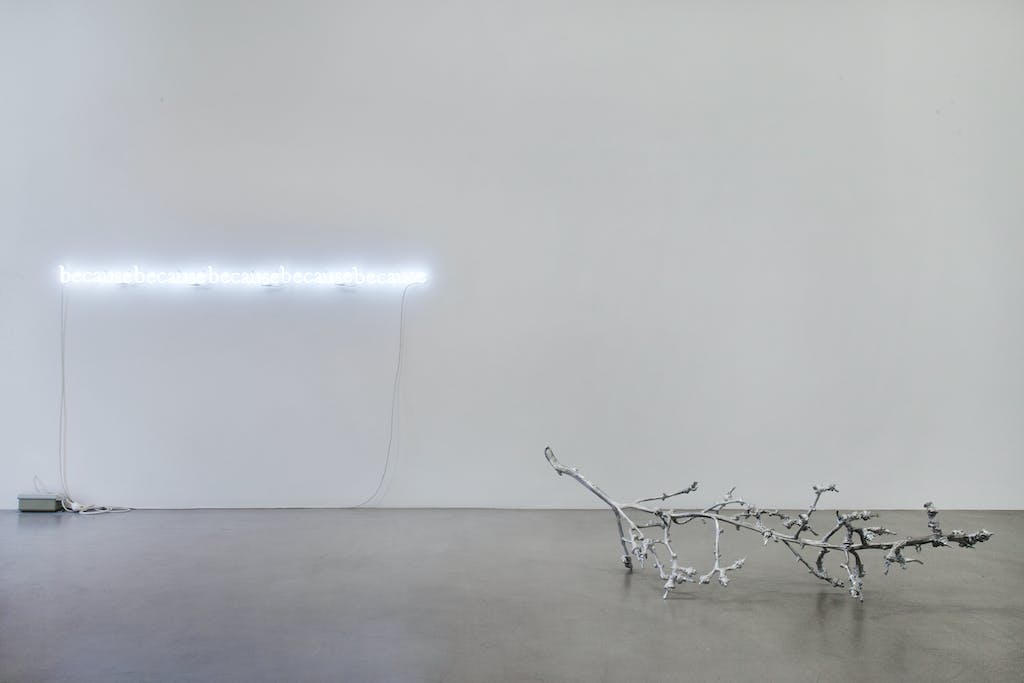 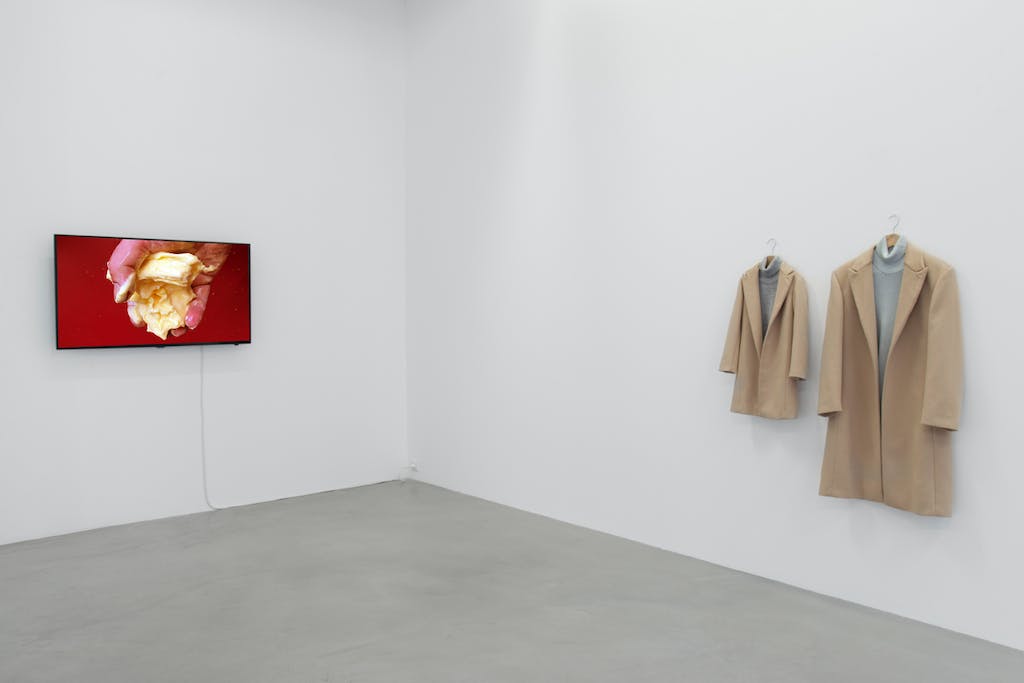 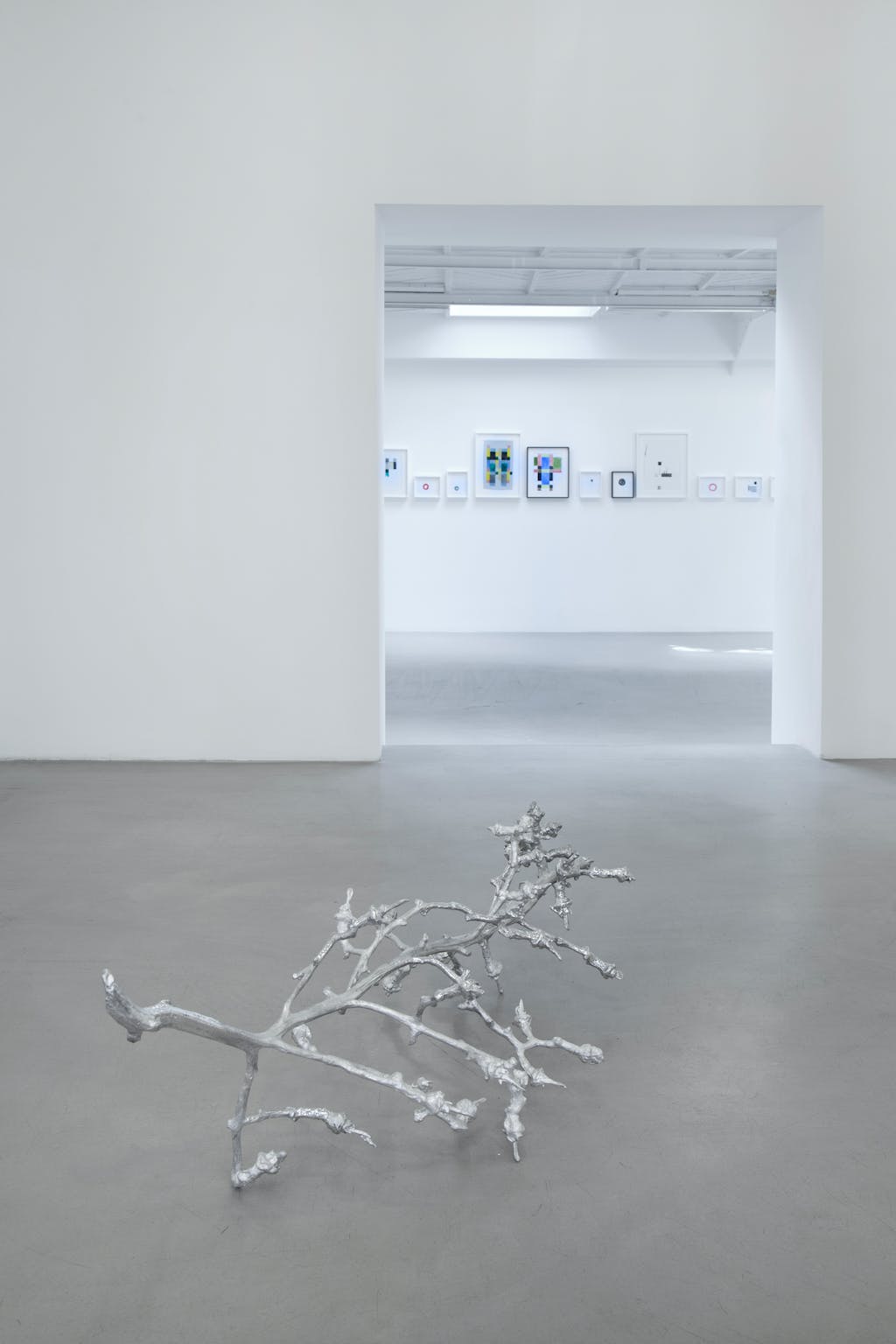 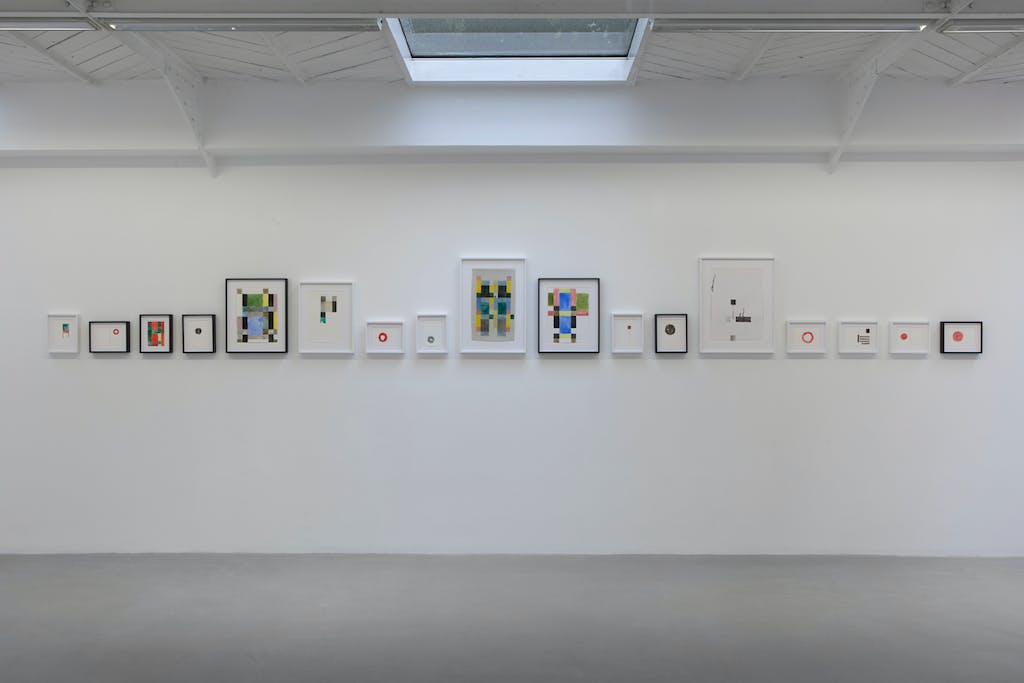 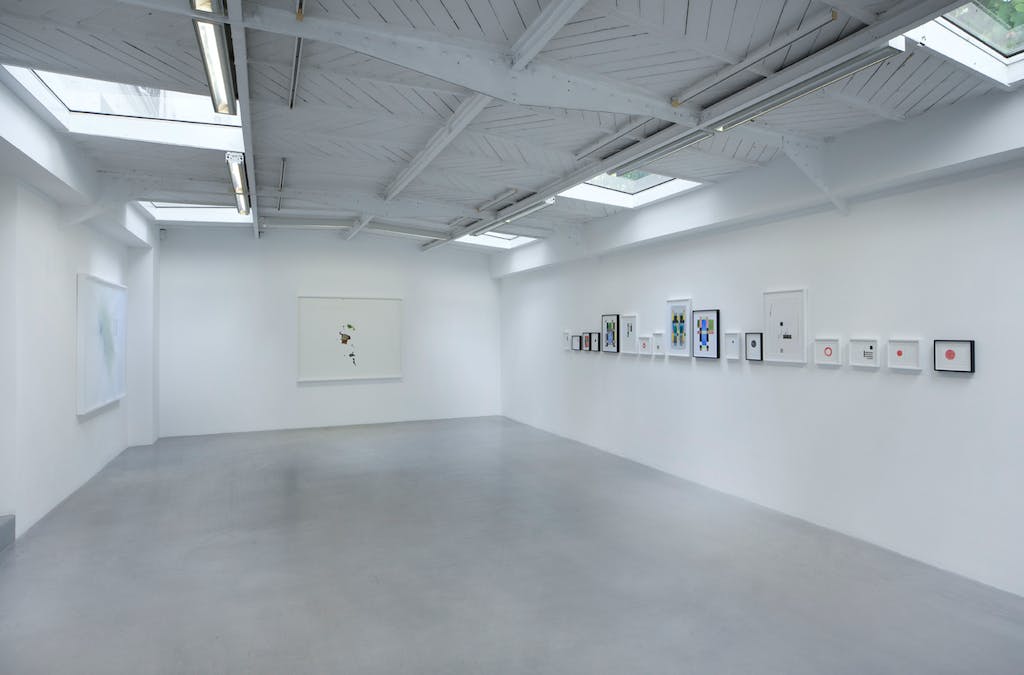 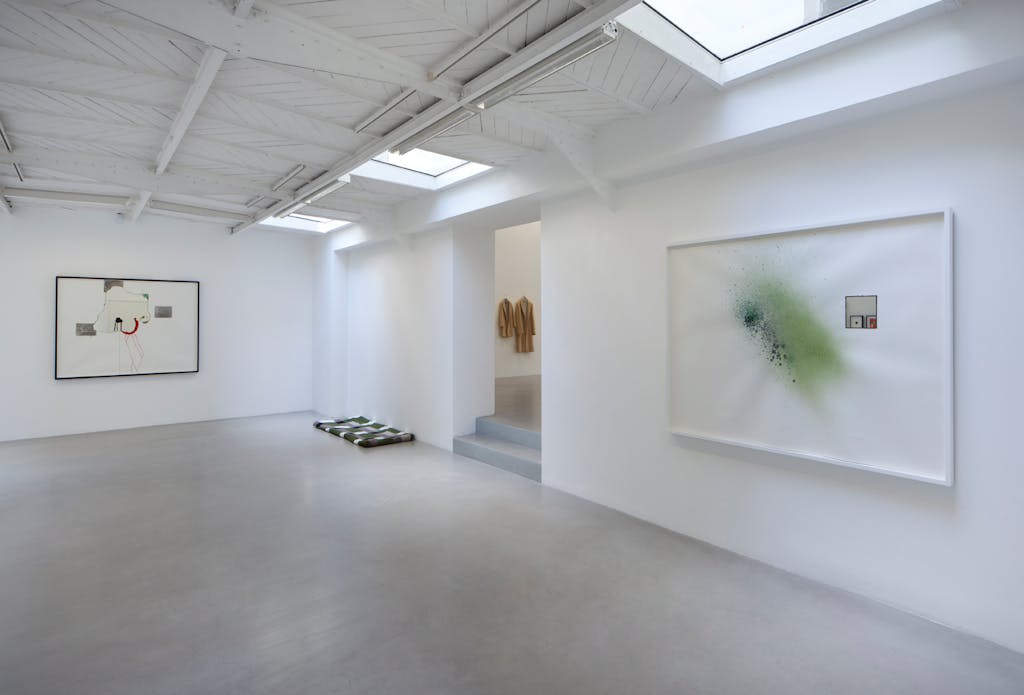 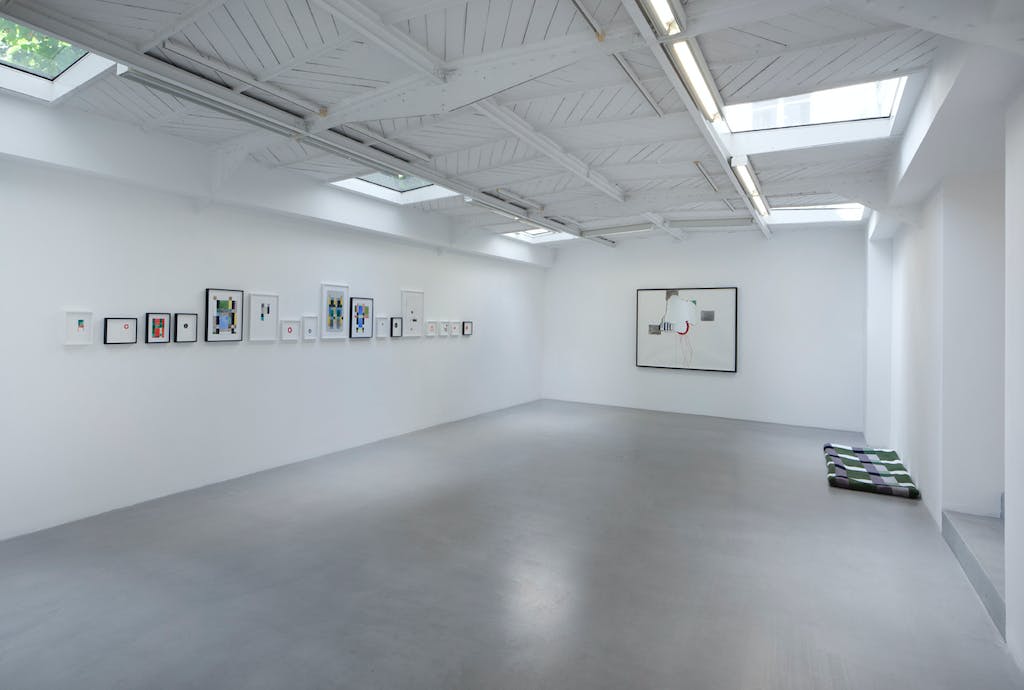 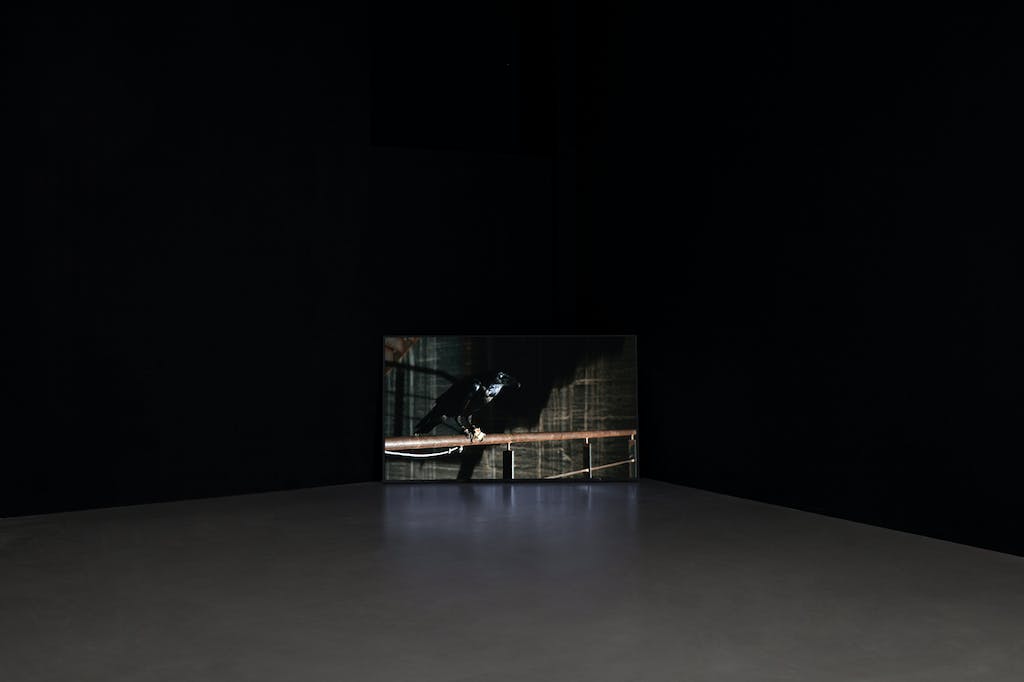 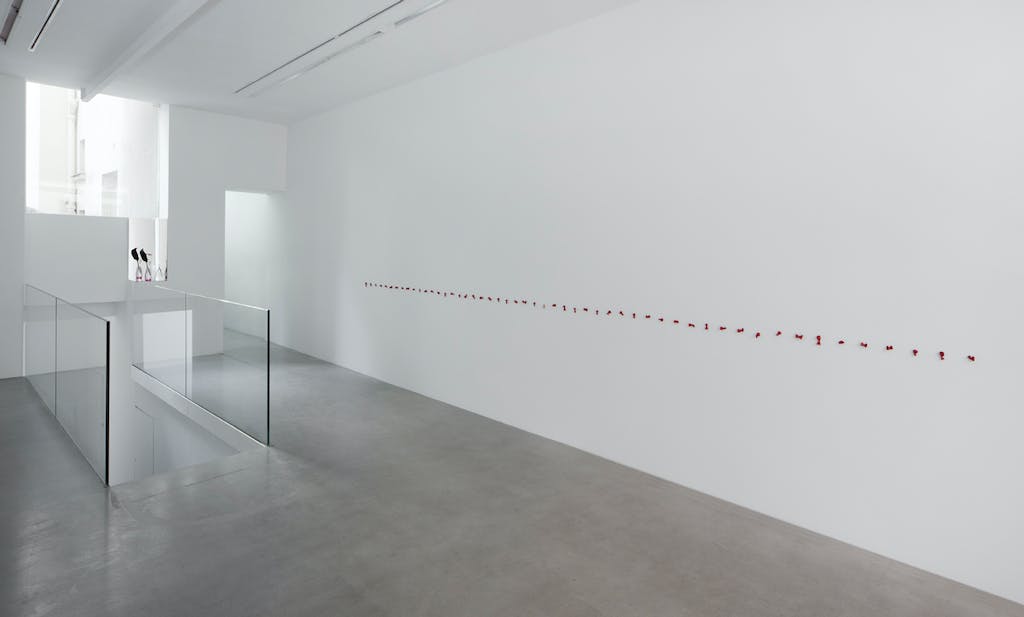 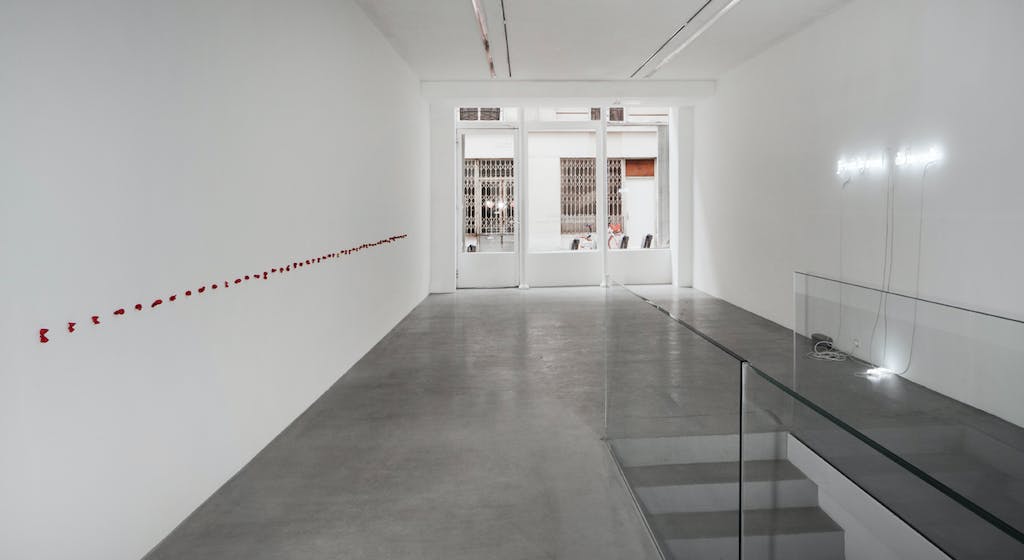 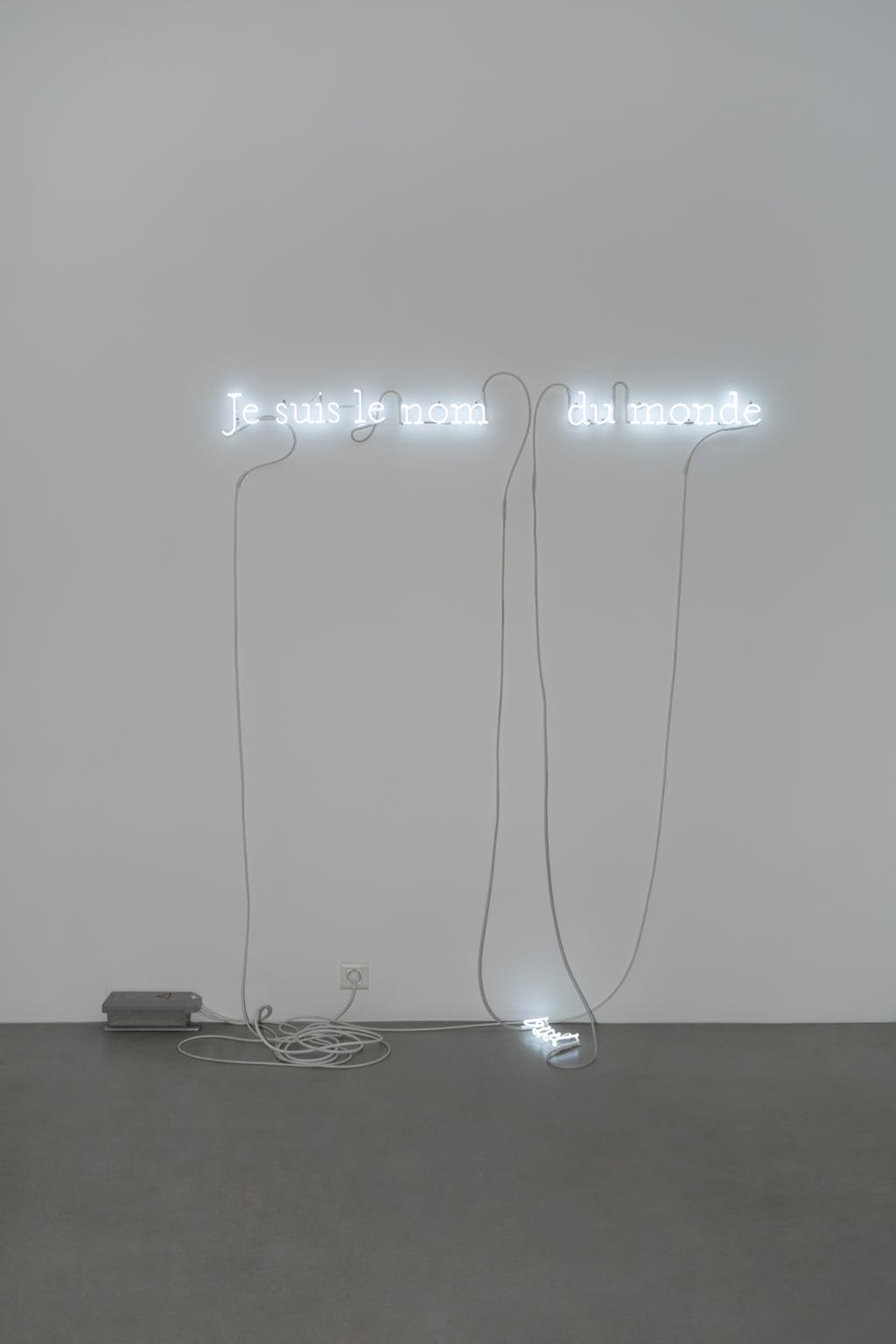 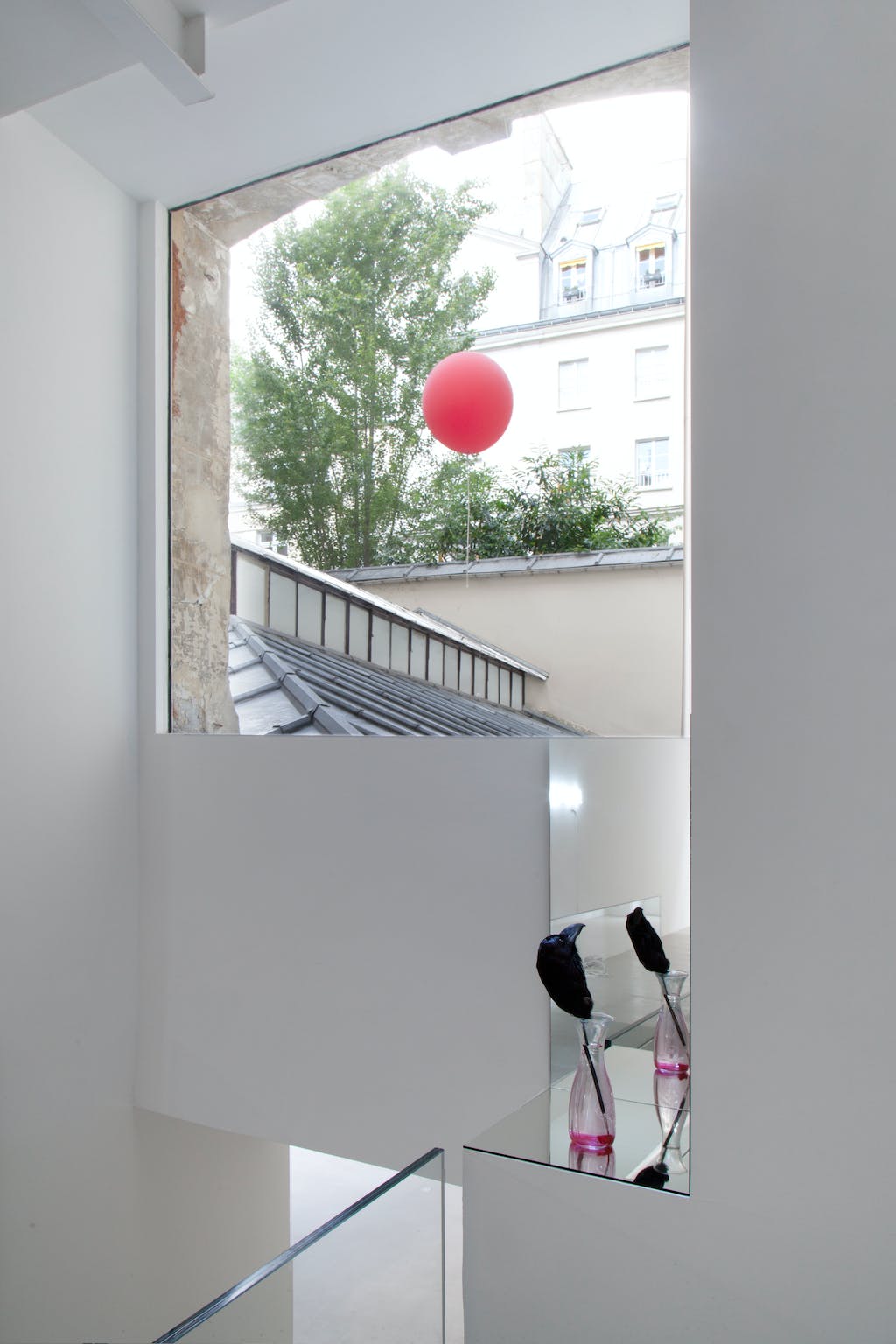 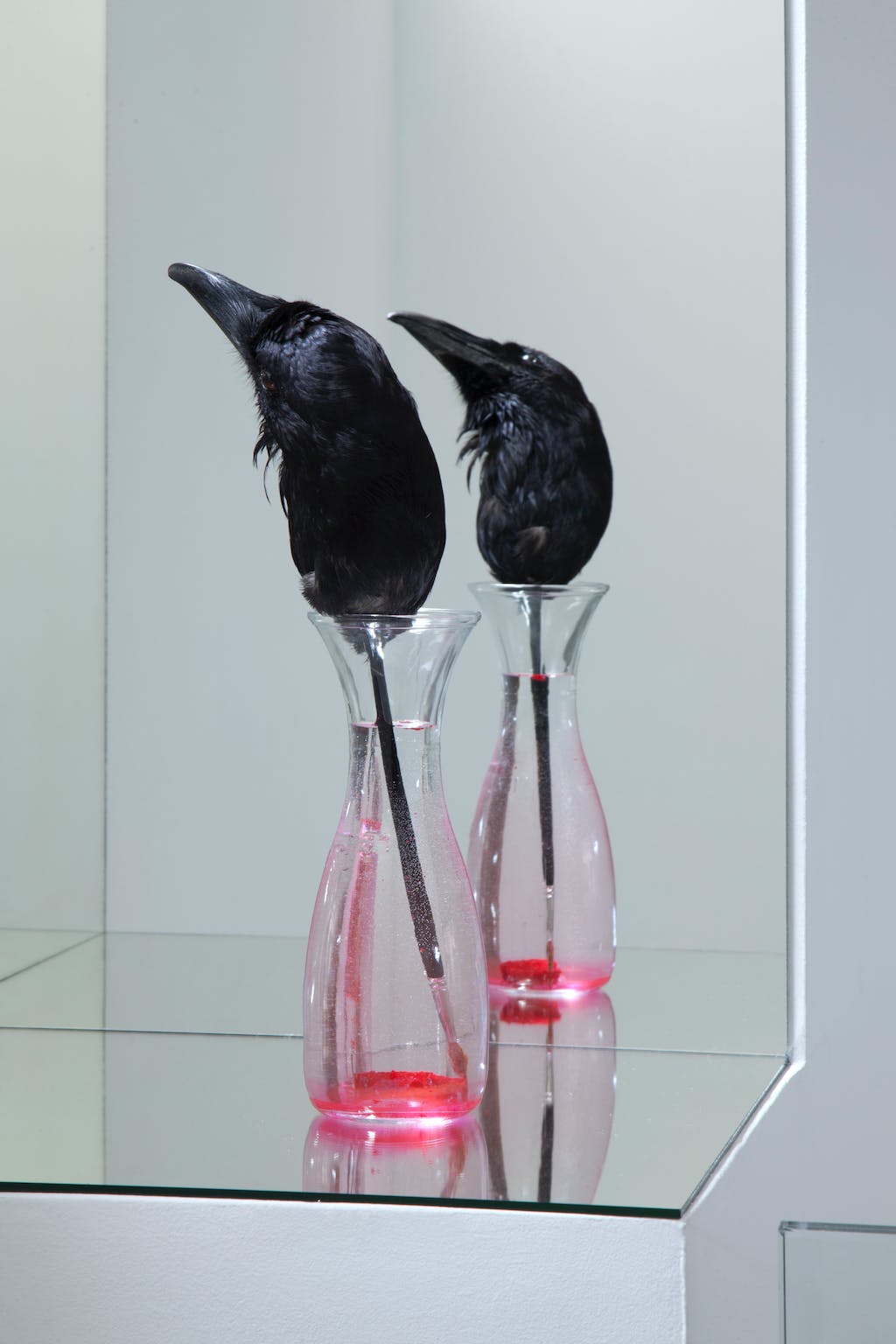 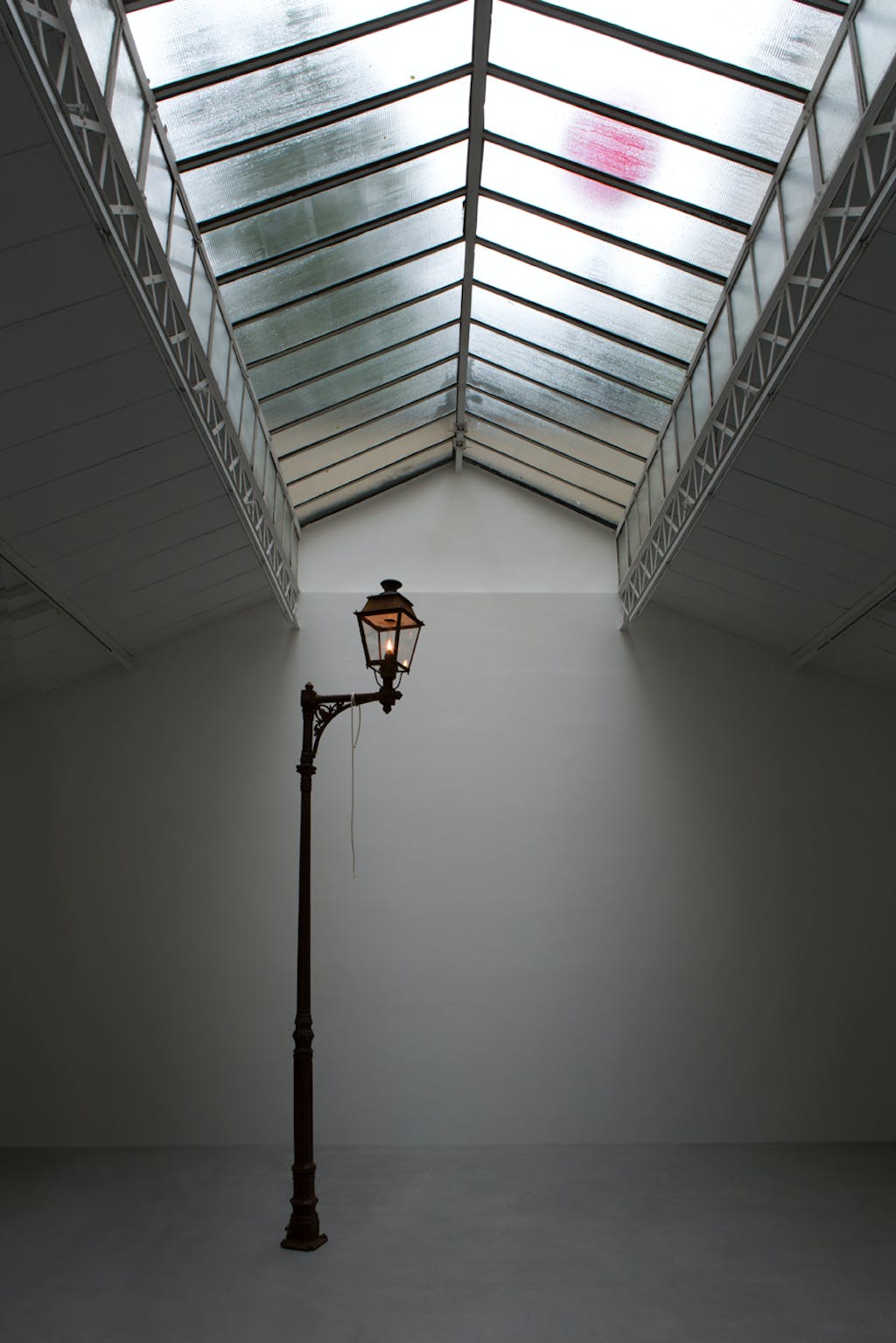 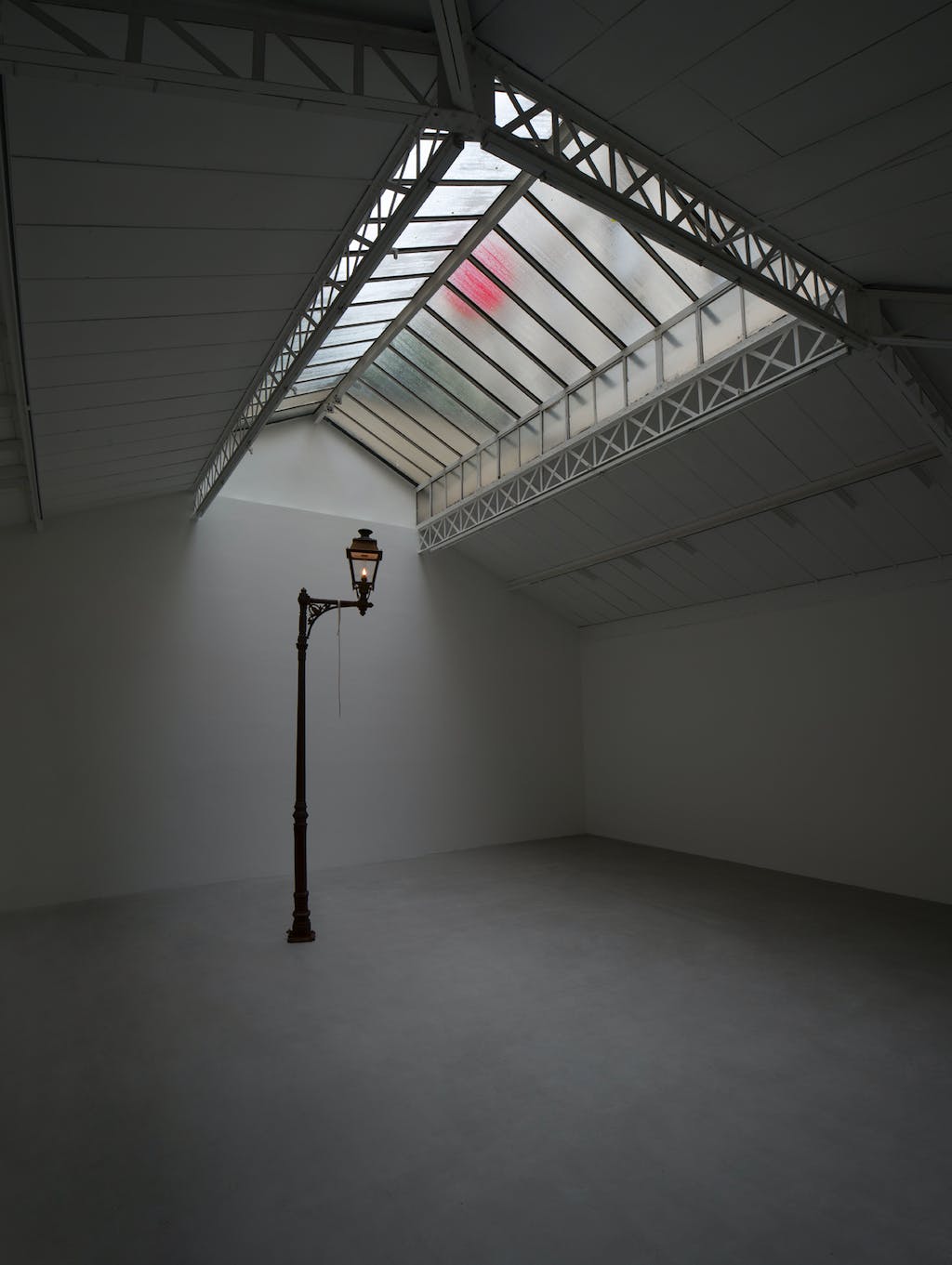