Ext ract f rom a conver sa t ion about David Hominal
Niels Oslsen: The works do not deliver any automatic response.
Fredi Fischli: An automatic response as a proposal of the modifications of
the possibilities of art. What do you know about, and what have you
already seen on this subject?
NO: In fact, we can take as our basis the principle that a concept of art
exists. This corresponds not only with the thematic of art; above all else, it
also defines its language, through whose form art manifests itself. Impossible
for the artist to sidestep that. His only way out lies in the transformation of
the concept of art that is contemporary with him.
FF: Hominal, however, does not perform any transformation of the concept
of art; he projects it.
NO: Art cannot function in a universal manner. It cannot remove itself
automatically from the formal language that is contemporary with it. The
result is a demand specific to art: it always leans towards a new form of
language.
FF: Hominal, on the contrary, presents the first visible signs – already present,
on show – of a concept of art about to wither.
NO: One asks oneself next: “What does he do? Where is the author?”
FF: The author is the one who works out a definition of the concept of art.
NO: Hominal is not an author in the sense that he takes a stance, announces
something himself, but he becomes one by gravitating towards the first
visible signs of definitions.
FF: He tests the boundaries of the possible. His works function as simple
experiments. How far can one go?
NO: The individual pieces, seen separately from each other, do not give us a
representative picture of his work. They operate like points, signs. They are
markers that define the concept of art.
FF: He refuses to follow a particular line. The links between the different
markers manifest themselves much more closely in the form of a circle.
Based on the circle, the profile of the concept of art is constructed.
NO: The individual works are simply repositioned throughout the updating
of the concept of art. The answer is to be found in the defining of the
boundaries.
FF: That is why one is suspicious of the process of legitimising the works.
They articulate not the “New” but “that-which-is-withering”
[Verwelkende].
NO: Exactly like a still life. That which is withering in the future returns us to
the finiteness of the present moment.
FF: That also explains the presence of an aesthetic of the “faded”
[Verbauchten].
NO: The wilted sunflower veers towards the leitmotiv.

Born in 1976 in France, David Hominal lives and works in Amsterdam. His work has been shown in numerous solo and group exhibitions in France and abroad: at the Centre culturel Suisse in Paris, the Fondation Salomon in à Alex, Objectif-exhibitions in Antwerp, Raster in Warsaw, the New Museum of Contemporary Art in New York, as part of the Younger than Jesus exhibition, the Musée des Beaux Arts of Lausanne, the FRI-ART-Centre d’Art Contemporain of Fribourg, the Kunsthalle Berne, the Kunsthaus Zurich and the CAC of Vilnius, as part of the Shifting Identities exhibition. His last solo exhibition was presented in the Centre d’Art Contemporain
of Genèva. Currently in residence at the Rijksakademie in Amsterdam, David Hominal is one of the artist curator of Circuit in Lausanne. In 2011, he will expose at the Swiss Institute in New York.. 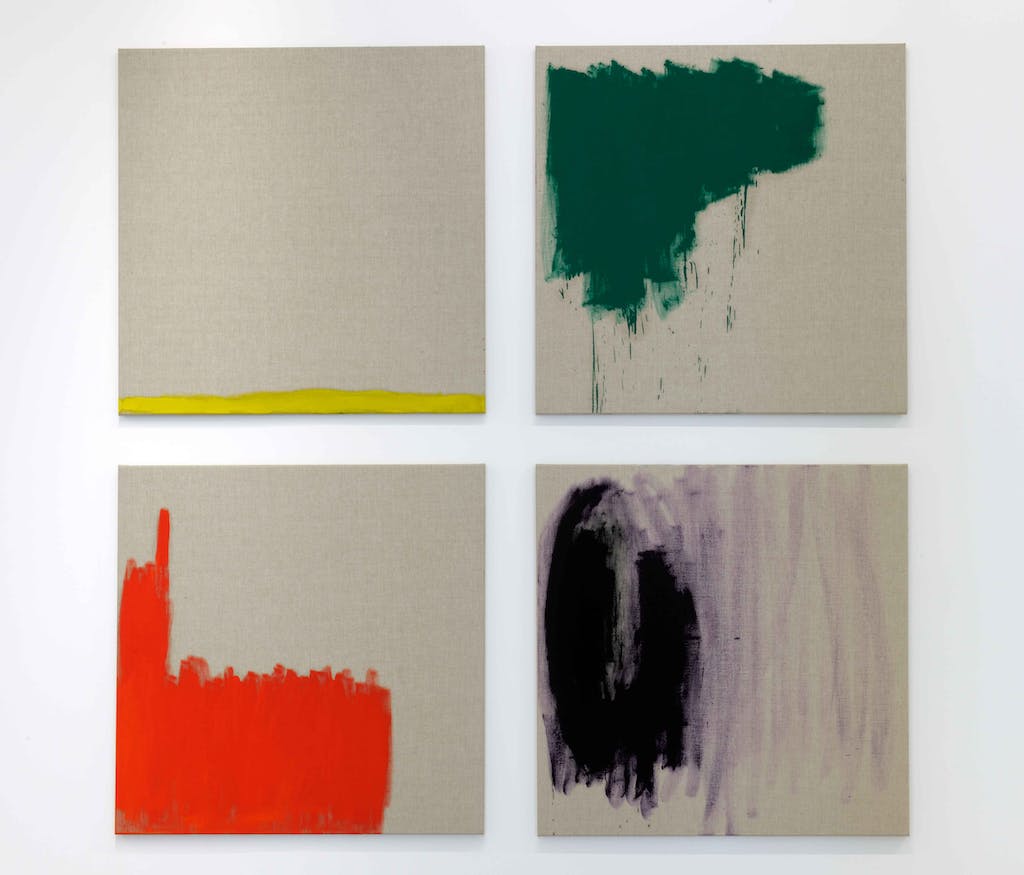