I am very pleased that you suggested I write the press release for your first solo
exhibition at galerie kamel mennour. At the time of writing these lines, with the private view a few days away, I sense that nothing is quite decided yet as to which works you will be showing, and that does not surprise me. I know, since we have already worked together*, that everything can shift, be modified, and moved around, right up until the last minute. For your work is never definitively fixed – on the contrary, it is in constant flux, dynamic, proliferating; being naturally recycled and permanently reconfigured. And this, for me, is precisely where its force lies; its organic, biological, wild character that is, in a word, alive.
It will, of course, consist of sculpture, since that is what determines the arrangement of all your work: by this, I mean – despite a great diversity of media – a primary and formative preoccupation with questions of space, matter, volume and balance, playing on a series of tensions. Lightness and heaviness, void and filling, compressions and proliferation, everything in a register of permanent contradiction, within each work as well as at the exhibition scale. And it is thus, I believe, that everything with you is paradoxically linked: through these fundamental dissensions. Unity in disorder. Chronic desynchronizations.
So, yes, some sculpture, but which could be defined as conceptual, or more or less ideal, in its material substance. Metaphorical sculptures with a general blurring of meanings and reason in gratuitous expenditure, contemporary consumption and dispersal. An opportunity, also, to approach notions such as that of contamination, destructive energy, transformation, claustrophobia, confinement, order and chaos, entropy. What has always struck me with you is the way in which each form is irrigated by a network of references, by intimate and universal narratives, yet it remains deliberately underground, nondiscursive and indeterminate; recurrent, obsessive motifs, the result of travel, meetings, reading, reflections and other personal experiences – in short, of an insatiable curiosity for the world. Invisible, but appreciable. All these hybrid images and heterogeneous forces that you bring together and crystallise, as if you wished to embrace, with love and determination, the whole world, and – in the same movement – desire and violence, distance and emotion, beauty and cruelty.
For example? A transfigured skeleton, “reincarnated” with extravagance to the point of
abstraction, which progresses from the organic to the sculptural, from morbidity to
celebration, whilst becoming the basis for free, wild and spontaneous expression, echoing certain festive traditions of Central America. Elsewhere, this cubic structure, the basis for a tangle of metal rods, like an industrial spider’s web, the unlikely progeny of Spiderman and Ironman. Here again, its sculptural qualities play on tensions, between the radical and pure silhouette of the whole and a subtle and complex interior motif, but also in its character, both imposing and fragile, since the whole is held together by magnetic ball-bearings. A paradox, also, between randomness and necessity, ornament and brutality, in the moulded coloured plasticine displayed on the sides of a glass cube.
In short, I am convinced that this selection of recent works will remain, as always with you, a double-edged sword, in its form and in its deeper meaning. And I like nothing more than when the apparent simplicity of your pieces – their character at first sight minimal, apparently harmonious – hides a formal, sensitive and conceptual complexity that never ceases to pierce through the surface.

With all my admiration, and my best wishes for your success, 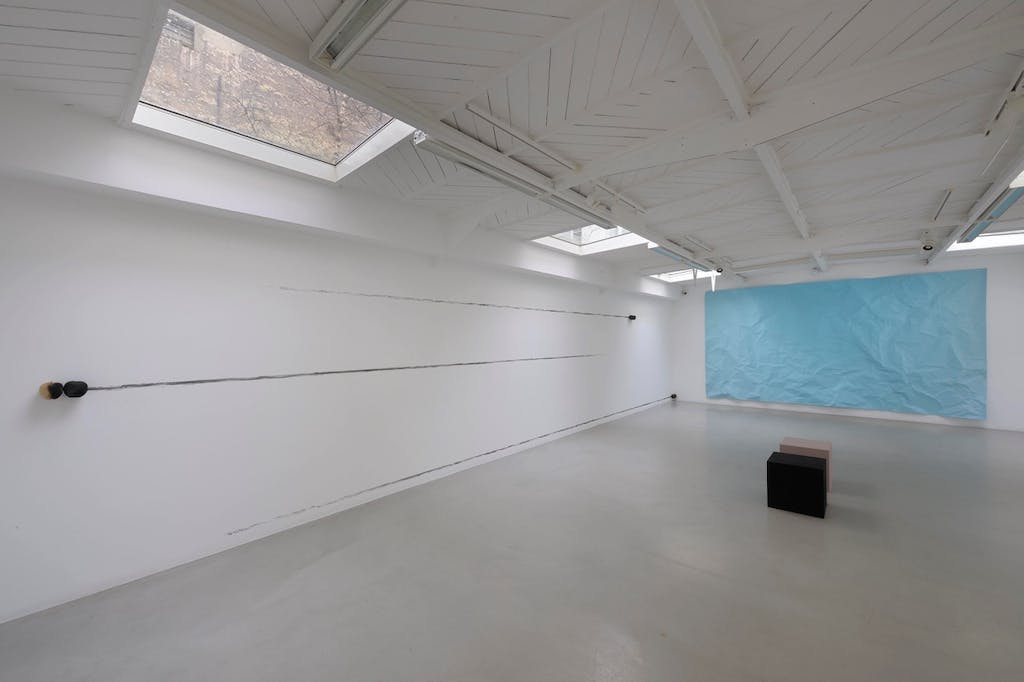 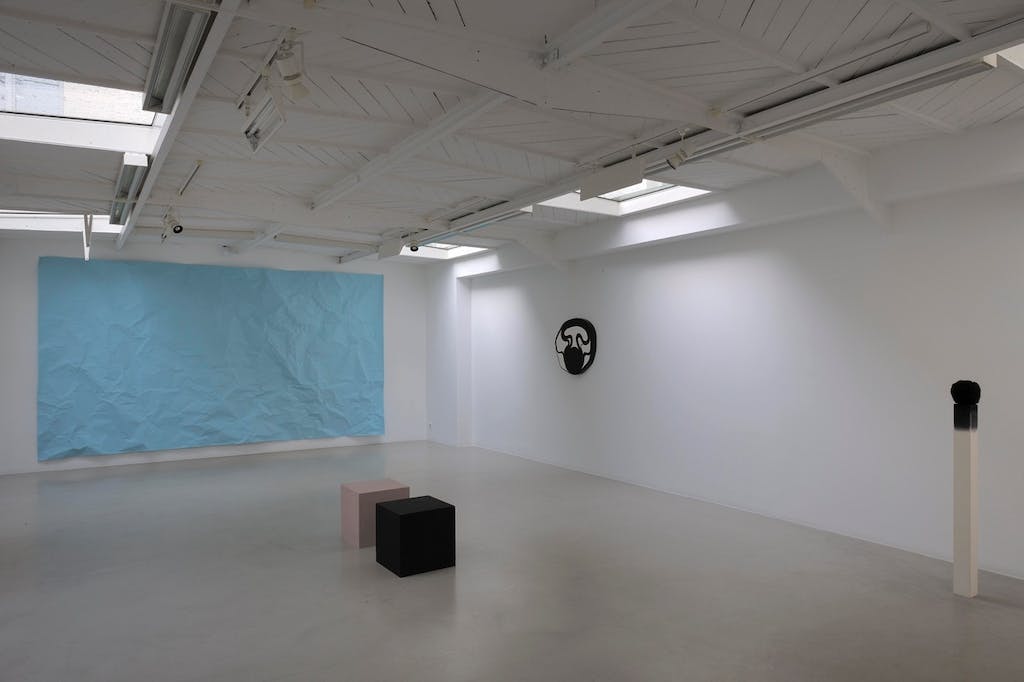 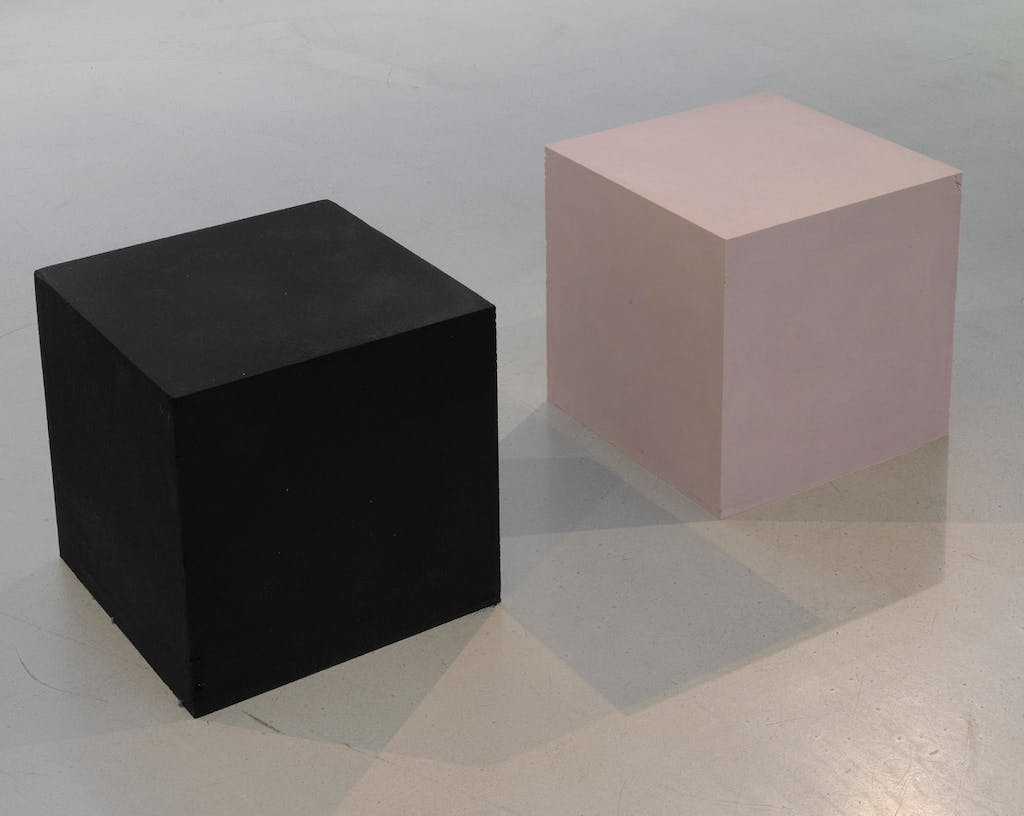 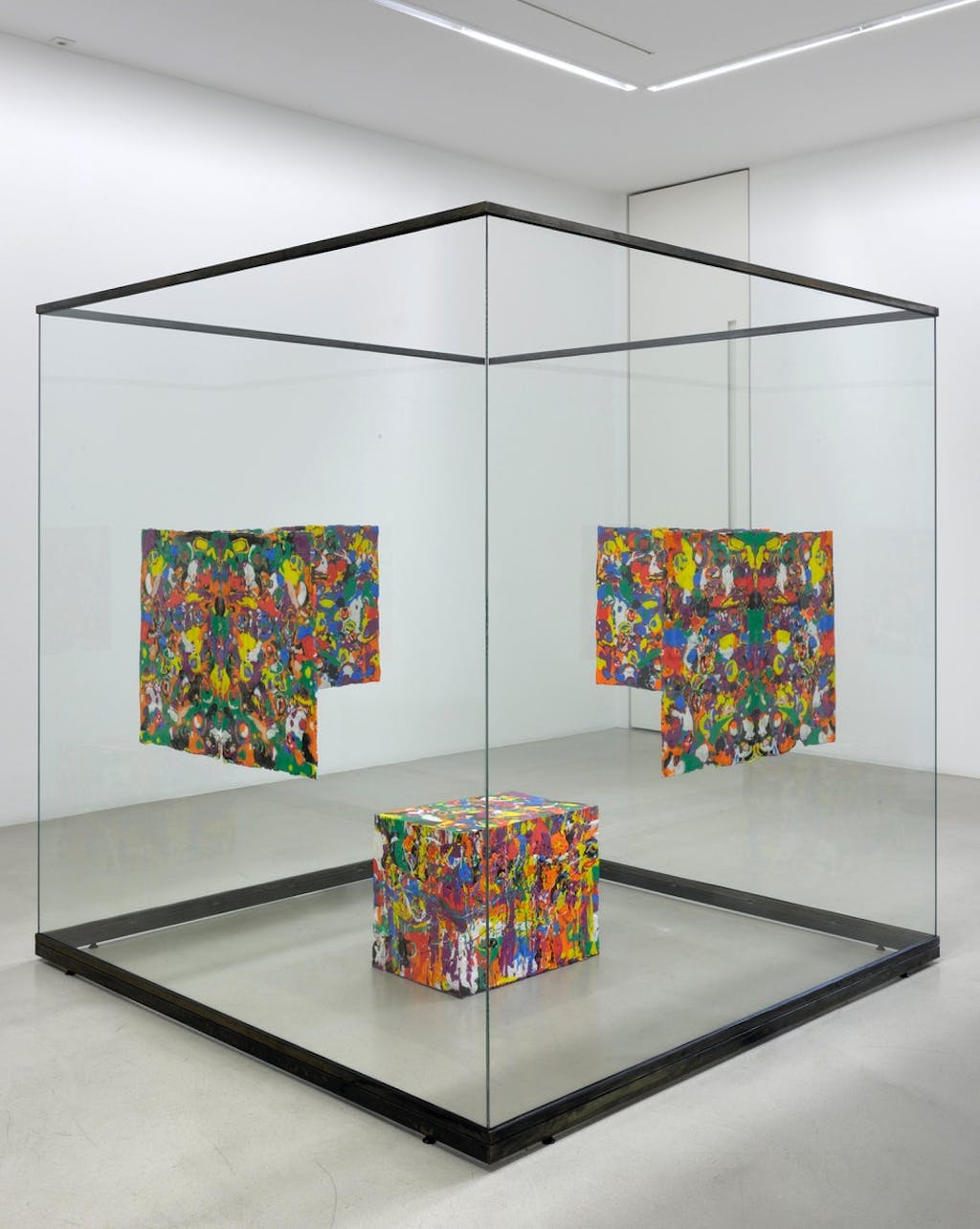 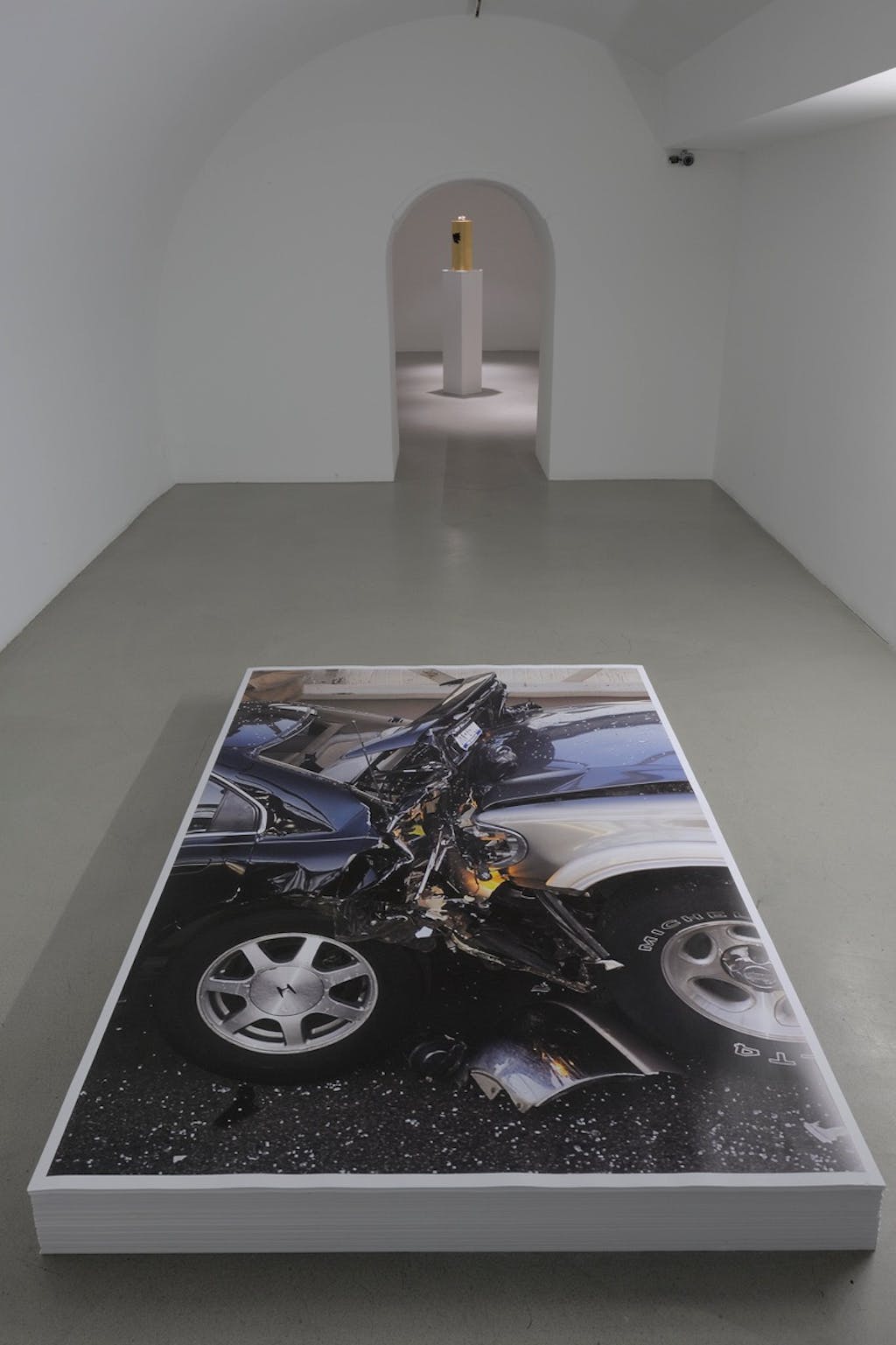 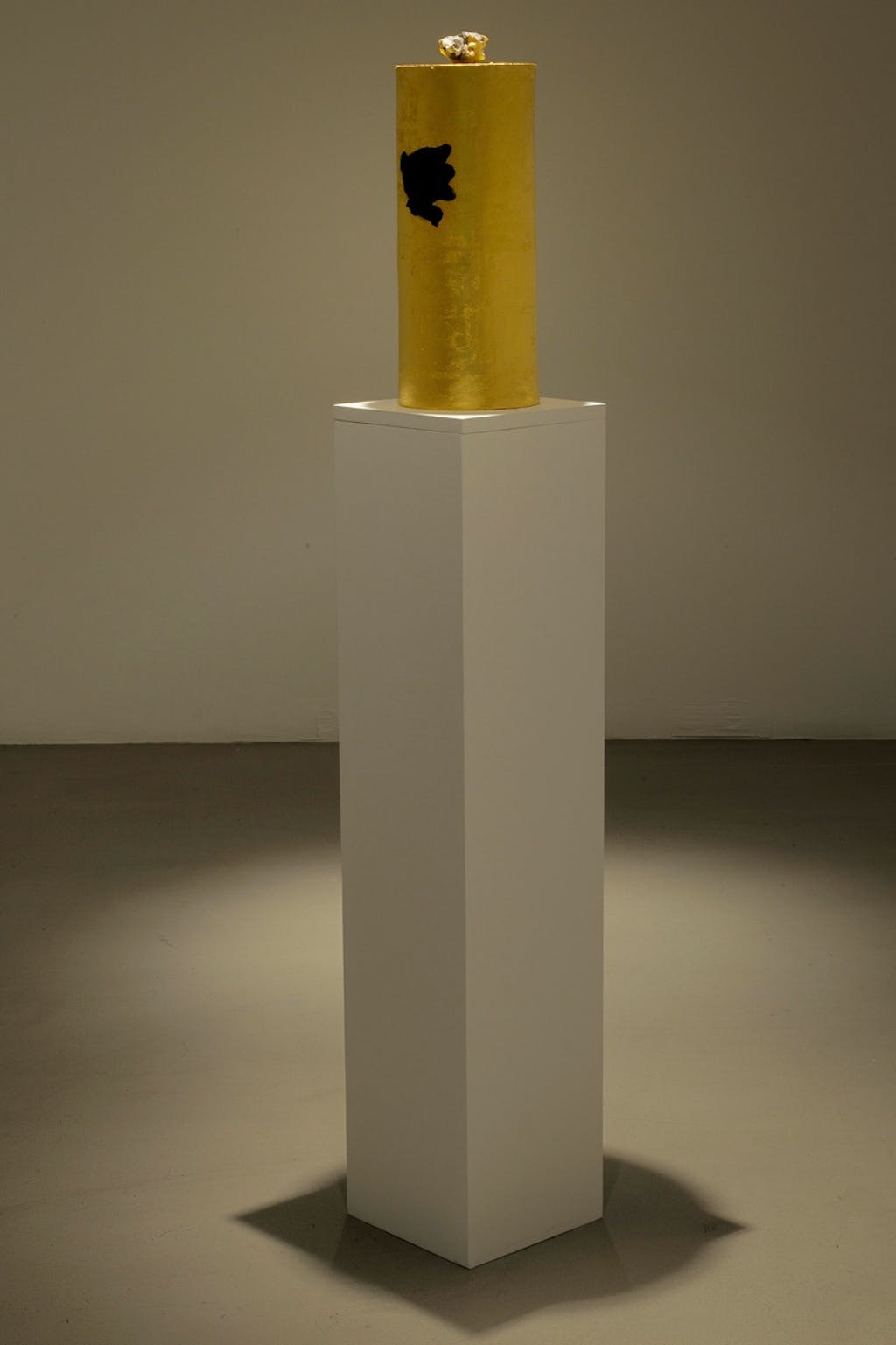 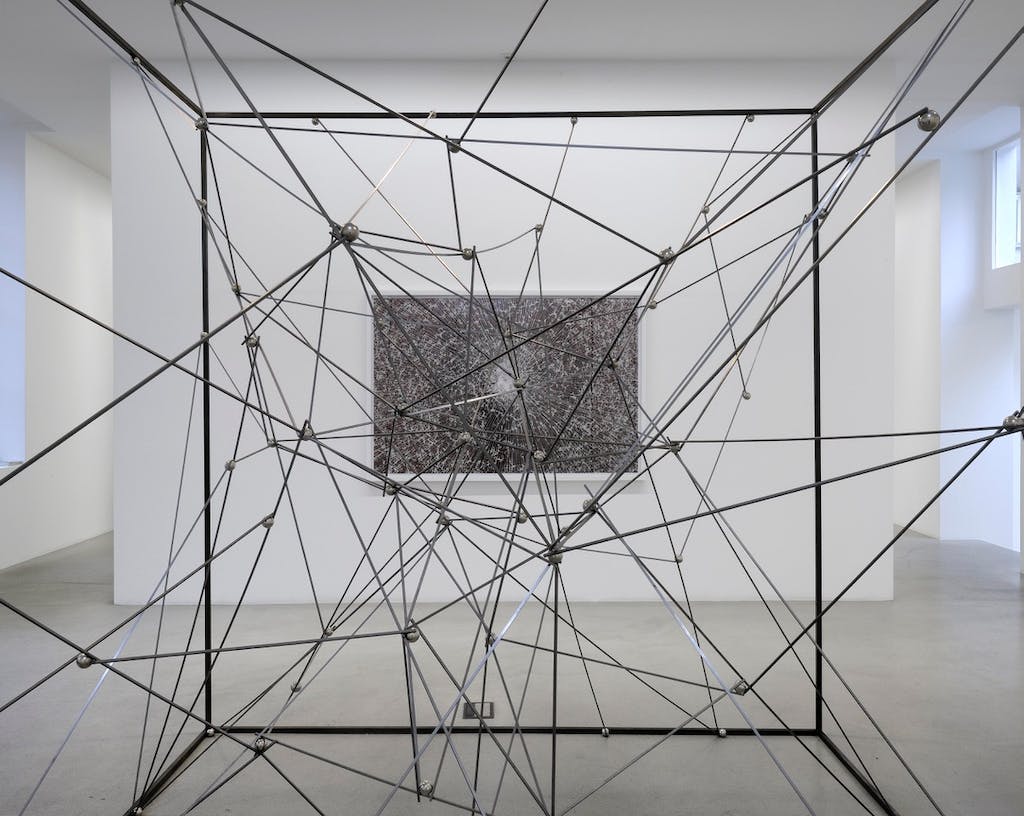 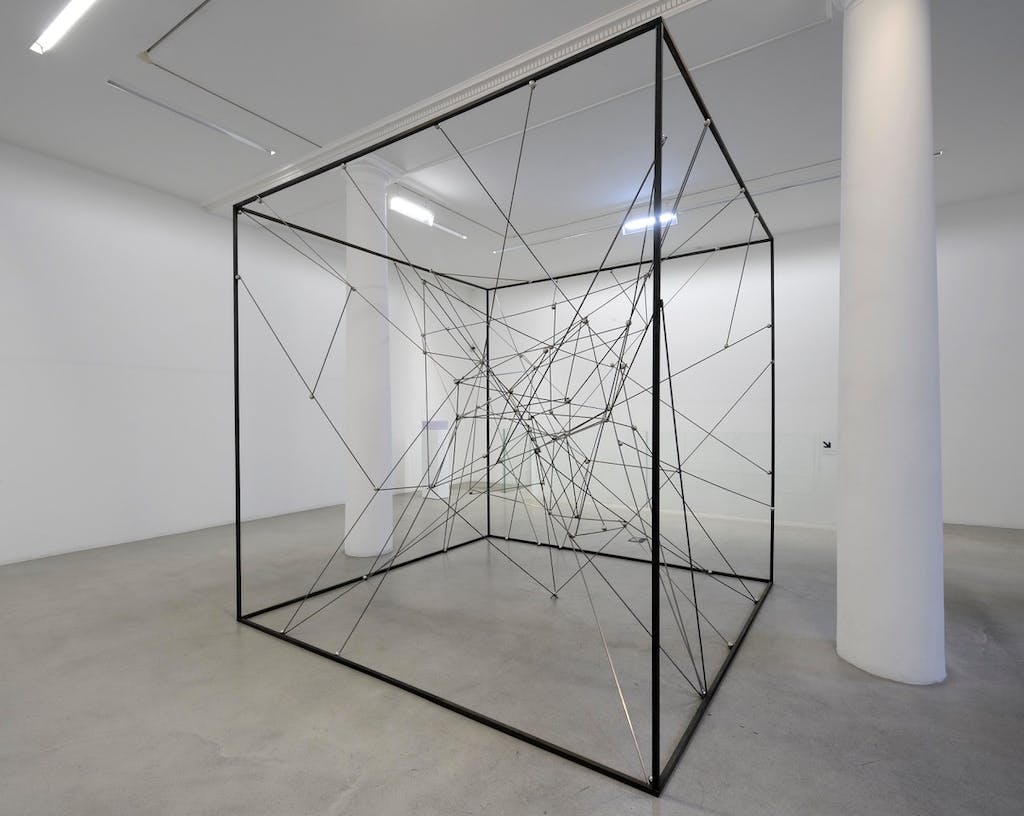 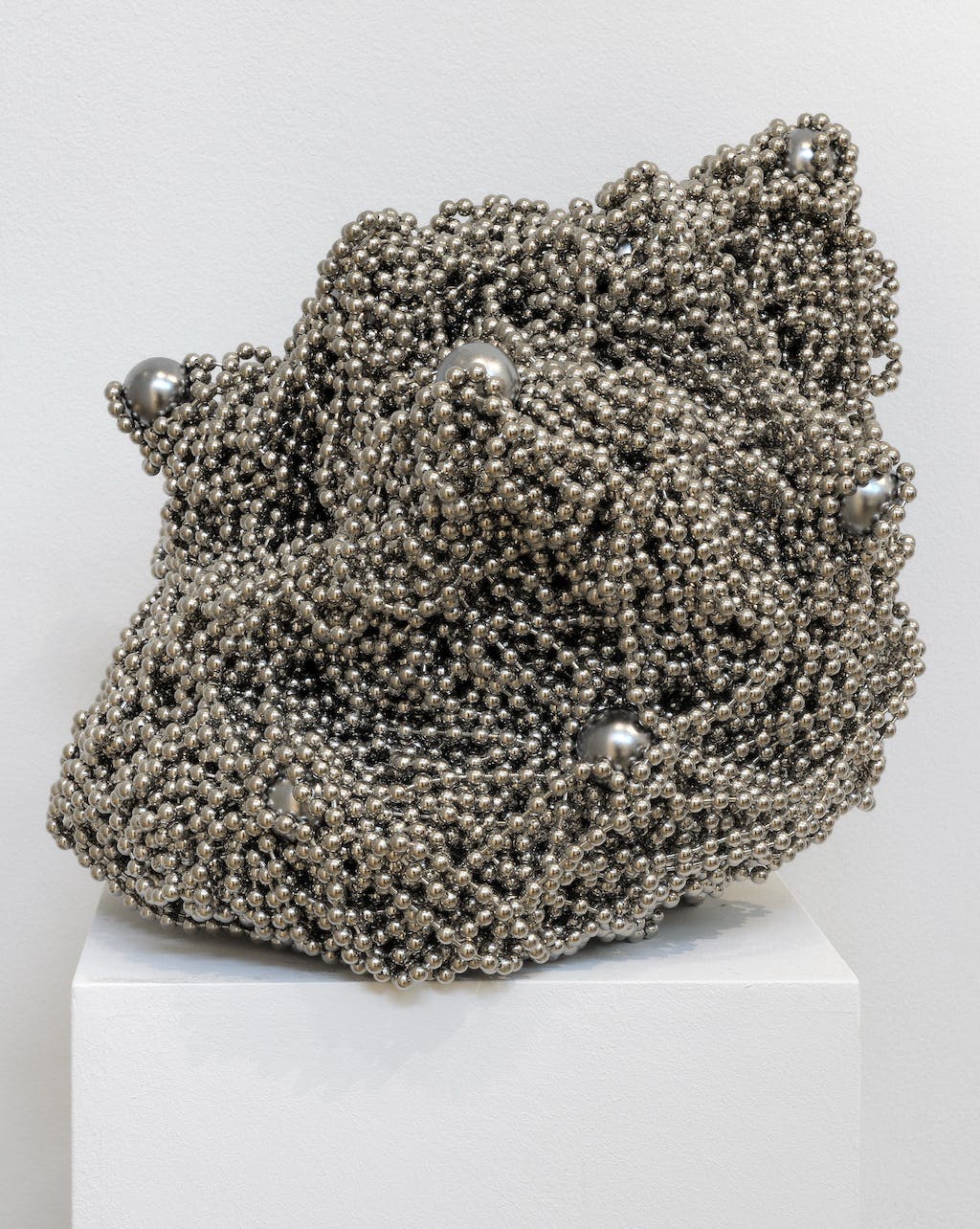 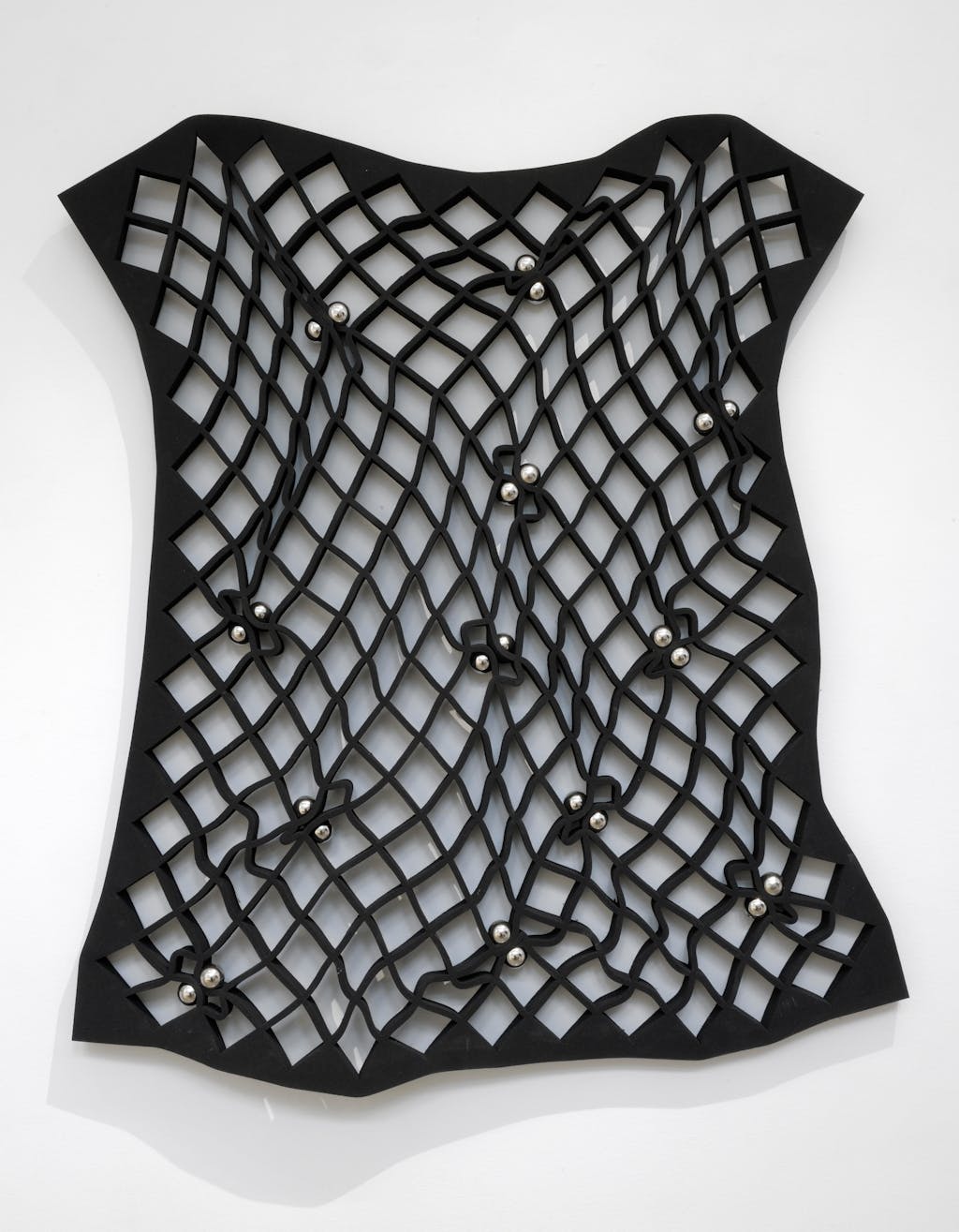