The extreme formal simplicity of the work of Lee Ufan (born in 1936 in Haman-gun, South Korea) is as intriguing as its abstract sophistication.
The artist’s work – the “art of encounter” as he himself puts it–connects pictorial marks, stone, metal, glass, shadow and light. This vocabulary, made up of differences and repetitions, places him close to, but not in direct contact with, the biggest names in minimalism. Lee Ufan toils to master the fundamentals of a universal culture where space, elements of nature and materials come together to reveal the insignificant presence of man, of the artist. His Korean education, his subsequent studies in Japan, where he settled, his philosophical culture, his status as a theorist, his deep knowledge of European philosophy acquired through the study of Heidegger, his artistic nomadism between Japan, France, Germany, Europe in general and the United States, have convinced him that his works must correspond to his “being in the world”, beyond the translation of any belonging to a particular nation. In June 2011, for his exhibition at the Guggenheim Museum in New York, Lee Ufan ended his opening speech with the statement “What we see here is a questioning of the idea of civilisation”, thereby defining the ambition of his work.
While already a philosopher and a theorist, as well as a staunch advocate for the reunification of Korea, Lee Ufan realised that the artistic act has greater presence and efficacy than text in terms of the speed of its dissemination and the impression it leaves on our collective memory. First a theorist, then an actor in performances linked to the Mono-ha (Object School, 1968-1973), Lee Ufan
accepted the role of artist by disregarding the values of his traditional education, where creating art was considered to be merely an accompaniment to the education of a man of letters, and not worthy of any social status. Lee Ufan still speaks today of the “shame” of being an artist.
This renunciation, this change, seems to have been transformed itself in his mind into an ambition, the idea of which is a universal value whose diffusion would be as radical, simple and direct as that of music. Since the end of the sixties, Lee Ufan has thus engaged in a global project, translated into painting or sculpture
by differences and repetitions.
The Materials, the forms used, the titles of series can be counted on the fingers of two hands. Few gestures, few visible movements, a connection with the principles of nature, a logical economy of ideas, a mastery of complexity, the feeling of space and, above all, the acute consciousness of a historic and moral responsibility form the basis of his works.
Between individuals and the world, between human beings and things, the encounter – a fundamental concept in Lee Ufan’s work – is conducive both to producing the expression of an idea, of a gesture capable of saying something about humanity, and to producing a piece of civilisation.
A permanent title, “Relatum”, accompanies each of his gestures as a sculptor. Paper, rock, metal, glass, and space are all articulated when the Encounter or Relationship takes place.
For Lee Ufan, sculpting is a question not of taking anything away or adding anything to what already exists, but instead of choosing and bringing about the “encounter”. The elements of the event are “gathered” in nature and chosen from industrial items. One of the obsessions of the work is not to participate in the production of objects that burden the world and litter nature. Lee Ufan’s “system”, impressive in its rigour, consists of not going beyond what already exists, subsisting in a sort of Cistercian logic, in order to translate and explore the essence of the human condition.
For Lee Ufan, painting is a practice, a process amounting to seven titles so far: From Point, From Line, East Winds, From Winds, With Winds, Relatum, Correspondance… Far from any expressive consideration, from any desire to translate a stance of his ego or any other psychological concept, Lee Ufan’s pictorial work is embodied in the acting out of a gesture where, holding its breath, the body is fit for nothing apart from that gesture, and intervenes through figurative marks as little as possible, until the colour on the brush has run out in the void. The encounter is once again arranged between the space already there and the infrathin of the painting, sometimes assimilated into the wall itself, and opening out into the architecture of spaces for meditation.
Inside galerie kamel mennour, the circulation of visitors brought about by Lee Ufan’s pictorial and sculptural offerings will invite us to carry out this “gathering”, which is so important to the artist, and which is also capable of resolving bipolarities, oppositions, and brutal hierarchies, replacing them with a feeling of fullness. 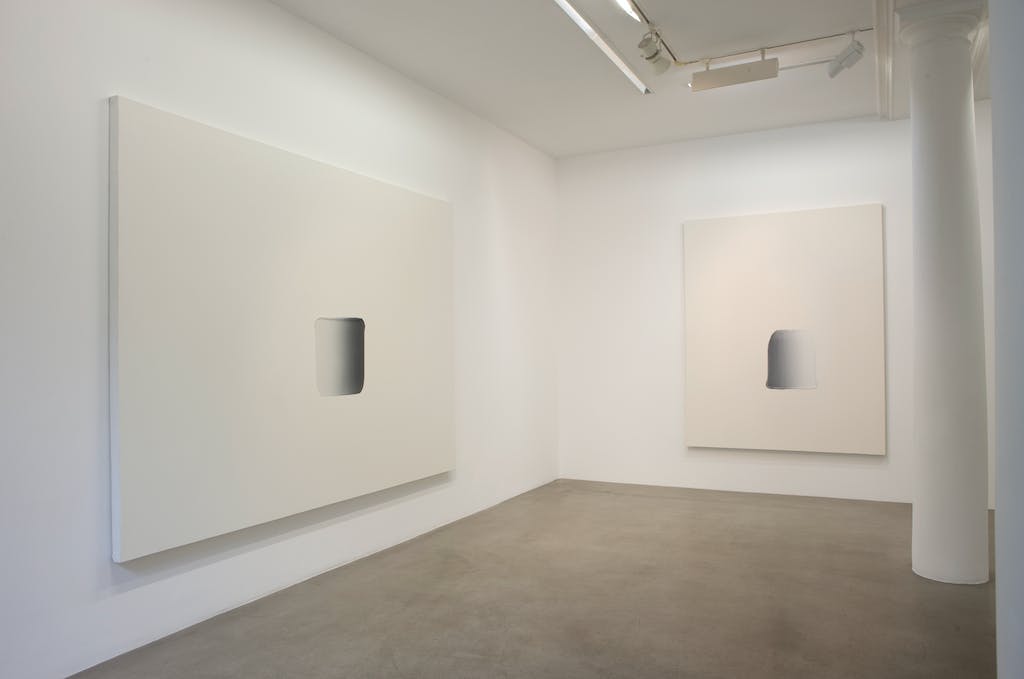 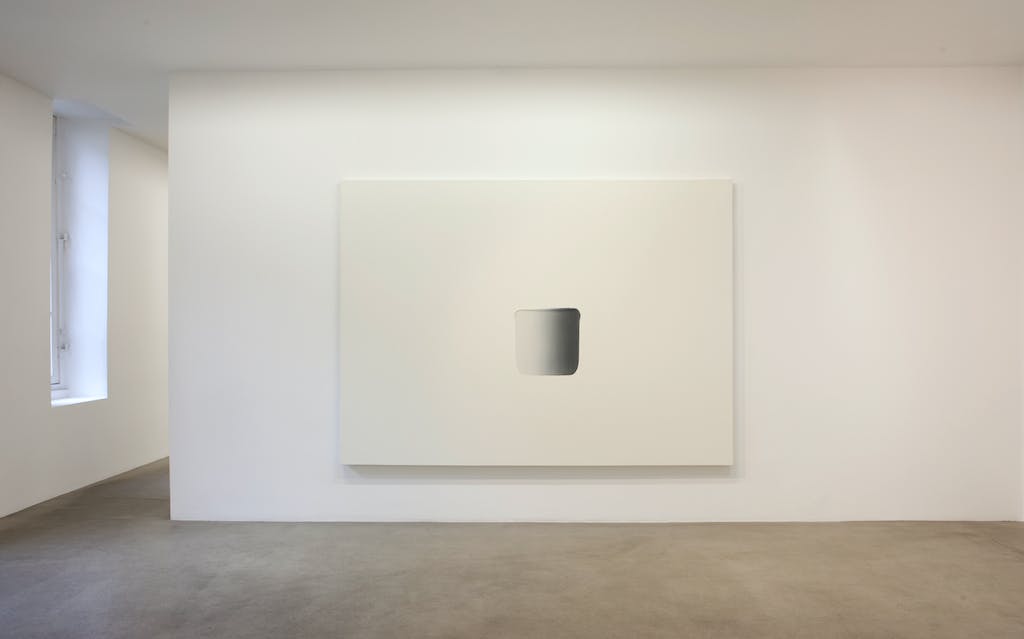 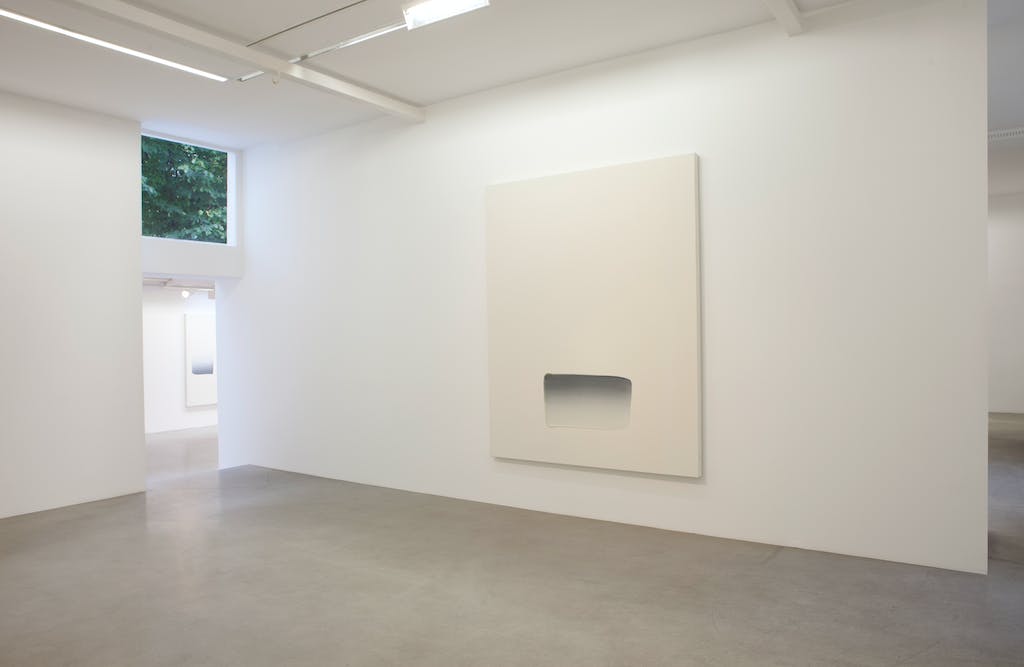 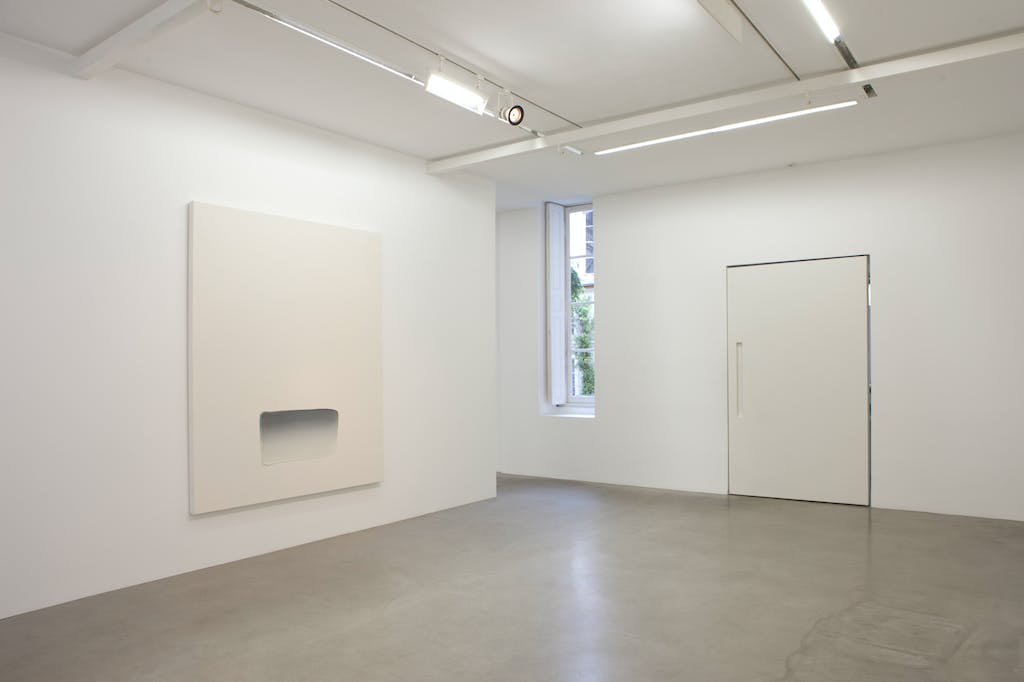 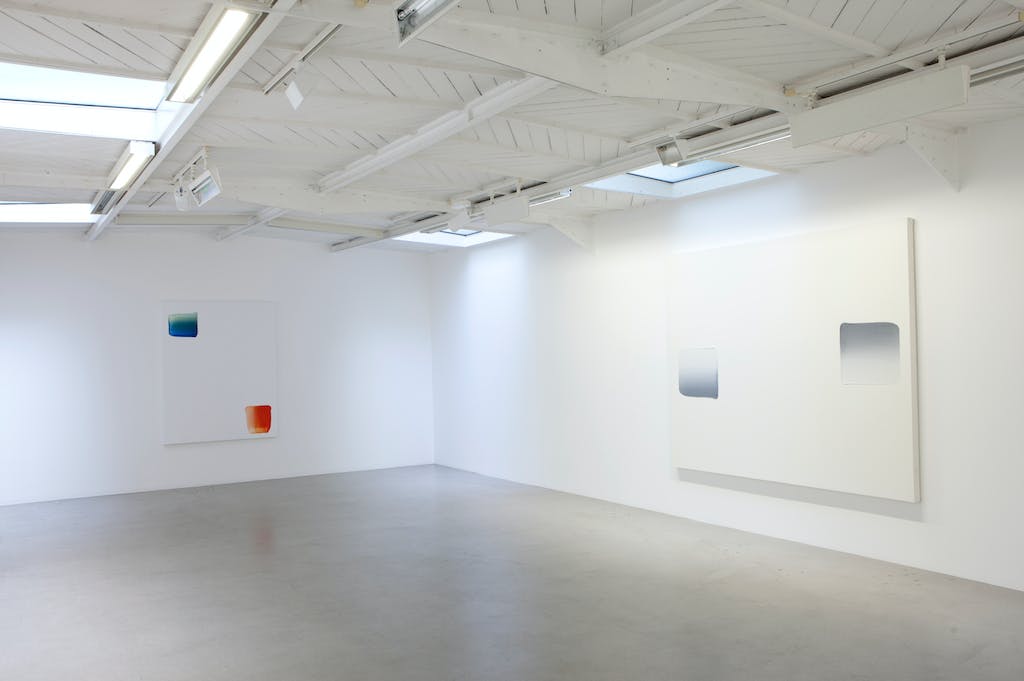 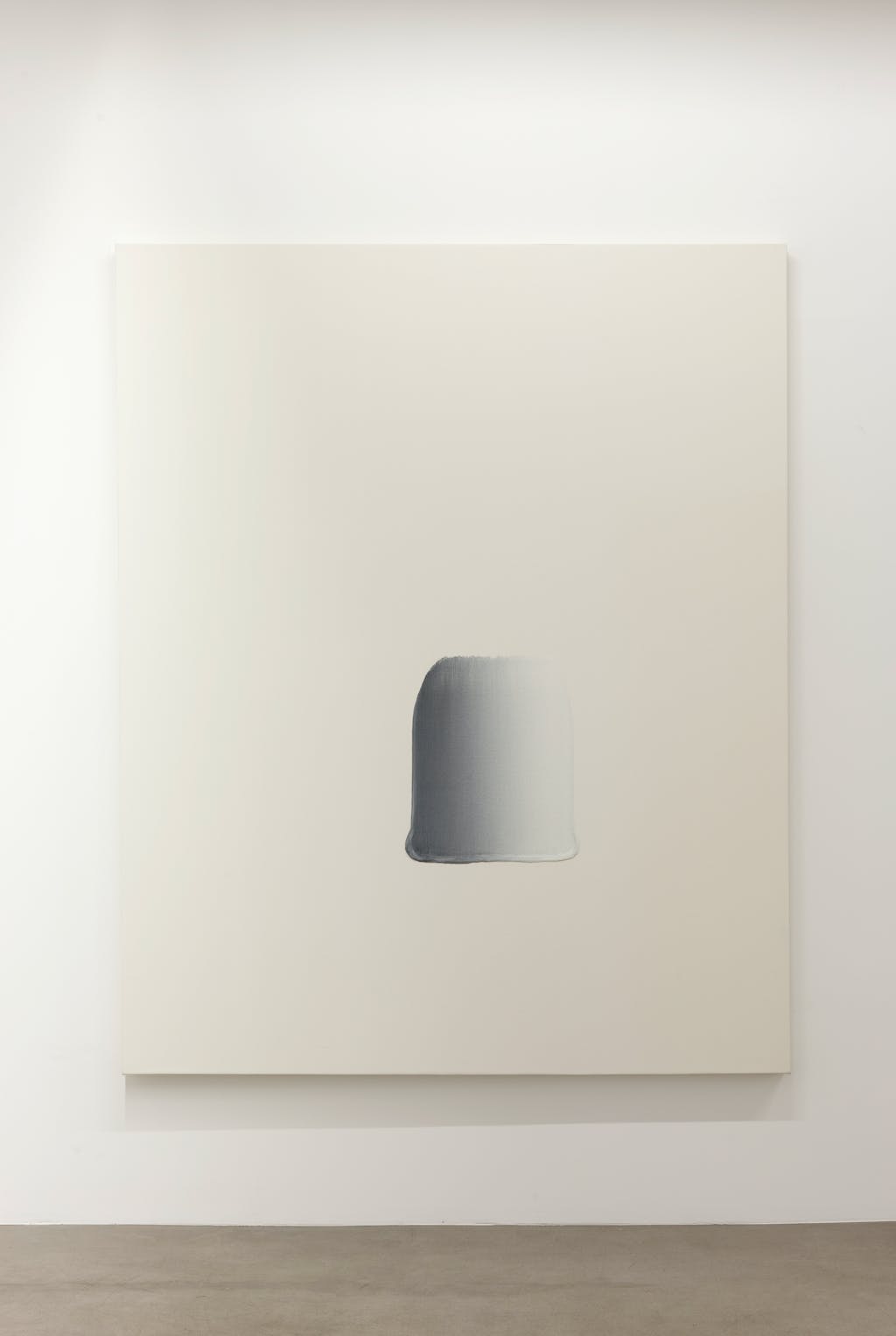 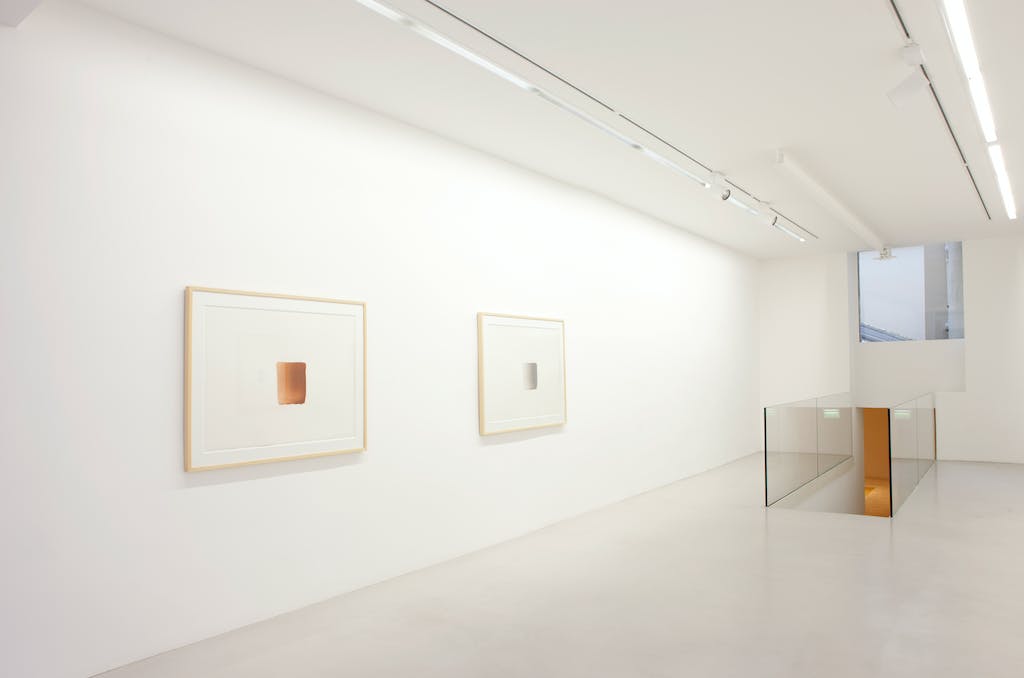 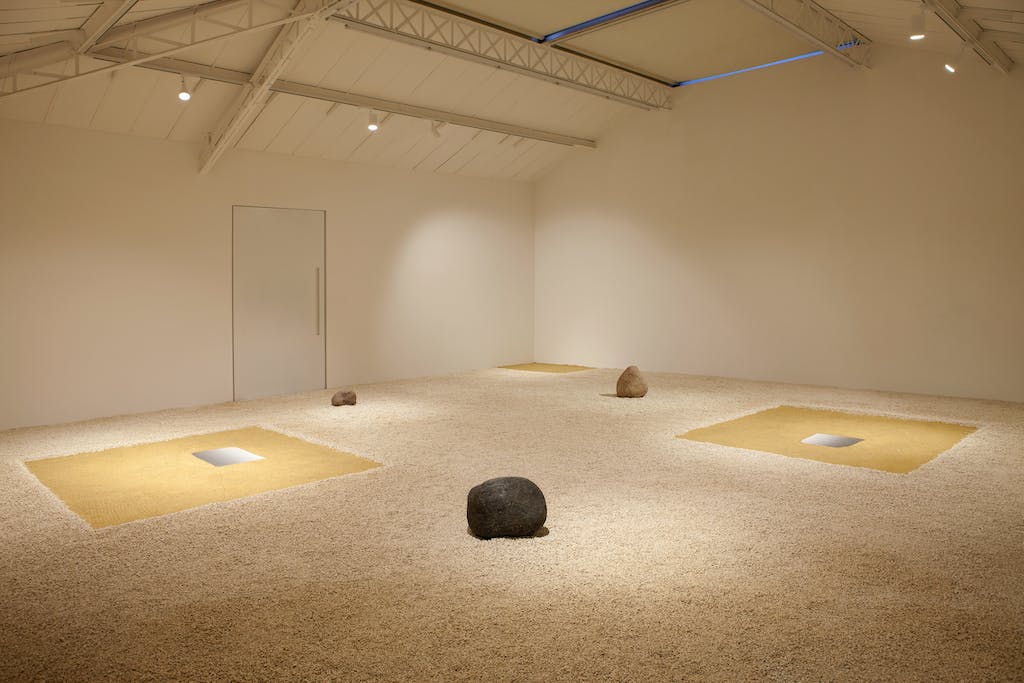 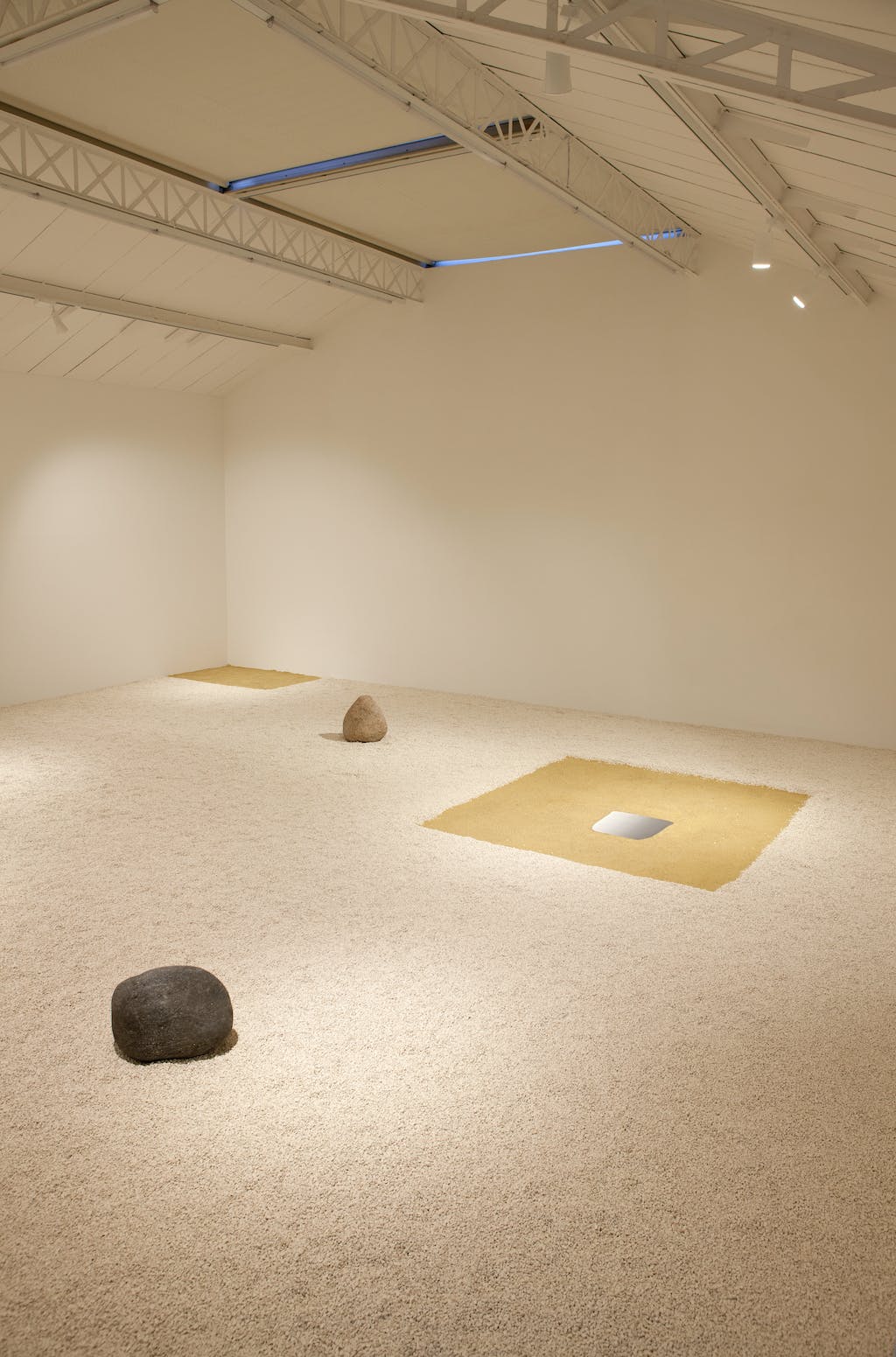 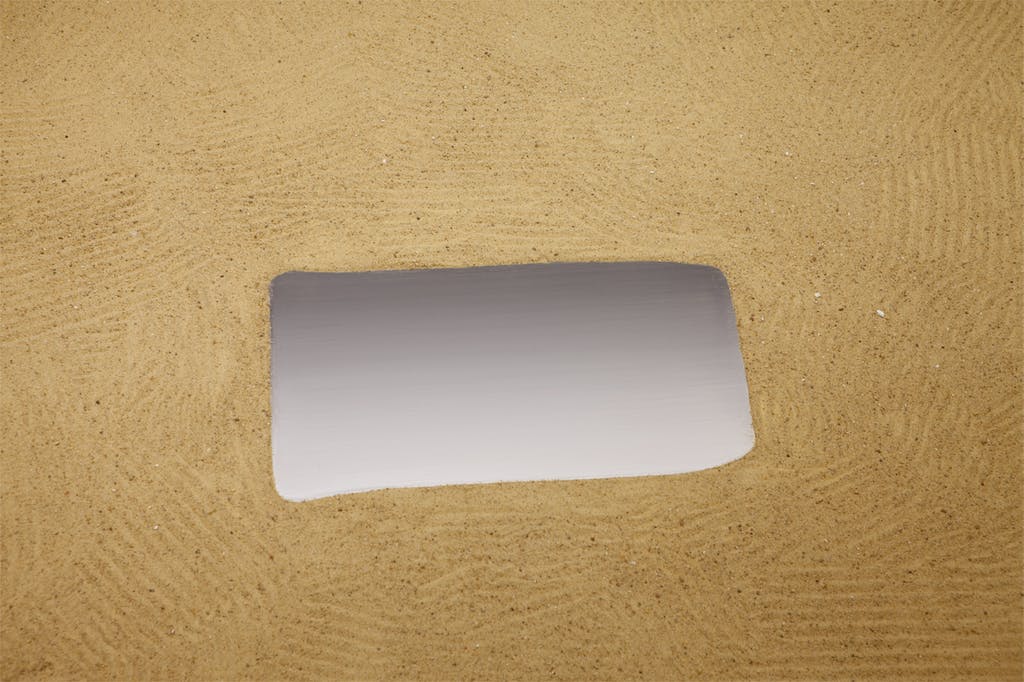