‘Humour is the politeness of despair’. The well known aphorism authored by filmmaker Chris Marker could stand as the ironic epitaph of the ‘Black Decades’ in Algeria, a period that French-Algerian artist Zineb Sedira addresses – though not without humour – in her recent body of work.
The traumatic period that started in the late 1980s with countrywide street protests was followed a few years later by a military intervention that forestalled the electoral victory of the Islamist Salvation Front (FIS) and removed the sitting president. Throughout the 1990s, Algeria was then mired in a violent internal war between armed Islamist groups and the Algerian army that resulted in the death of about 200,000 civilians.
Whilst these events are little known internationally and unwillingly discussed within Algeria, Zineb Sedira audaciously recounts this dramatic chapter of contemporary Algerian history through the lens of humour, used as a constitutive element of both resilience and resistance. Viewers will learn about and understand the (unfamiliar) ‘Black Decade’ through the display of humour and hopefully, this will provoke laughter.
At that time, humorous caricatures and political cartoons were thriving and being used to comment in the press on the daily cruelty and the terror. Meanwhile, à huis clos and despite the psychological war imposed on them, Algerians, notorious for their dark humour, found solace in turning the unspeakable into jokes and in orally disseminating appalling news by telling witty stories. These political jokes that today are still ‘performed’ and make people howl with laughter were collected by Zineb Sedira and transcribed in the artist book A Personal Collection of Jokes (2018).
Intentionally presented as a miniature museum immortalising the dark, gallows humour of the ‘Black Decade’, the installation Laughter in Hell (2014-2018) comprises the archive Zineb Sedira has researched and built over several years. Here we discover rare publications dedicated to caricatures by renowned and tireless cartoonists such as Slim, Ali Dilem, Gyps, Hic or Maz displayed in cabinets. There, viewers are confronted by to large poster reproductions of political cartoons initially published in newspapers such as El Watan, El Khabar or Liberté, as well as original and newly commissioned panel pages by Gyps and Dahmani. Two recent video interviews with historian Dr Elisabeth Perego and journalist and writer Mustapha Benfodil complete this personal anthology of black humour.
‘What has a pen in the hand, two dinars in the pocket, and three bullets in the head?’ An Algerian jokester asked. The installation The Forgotten [Condemned] Journalists of Algeria’s Black Decade (2018) appears to give a correct answer to the riddle: framed lists of nearly 100 journalists and caricaturists that were assassinated, went missing or were threatened between 1993 and 1997 in Algeria are exhibited on the wall. Nearby, a typewriter seems to extend the homage to other victims of terrorism, the employees of the weekly newspaper Charlie Hebdo. Zineb Sedira offers this memorial to those who, according to journalist and survivor of the ‘Black Decade’ Mustapha Benfodil, ‘[taunted] along the way those who wanted to thrust us in limbo, squash our appetite for life and deprive us of one of the fundamental human rights: good humor’. 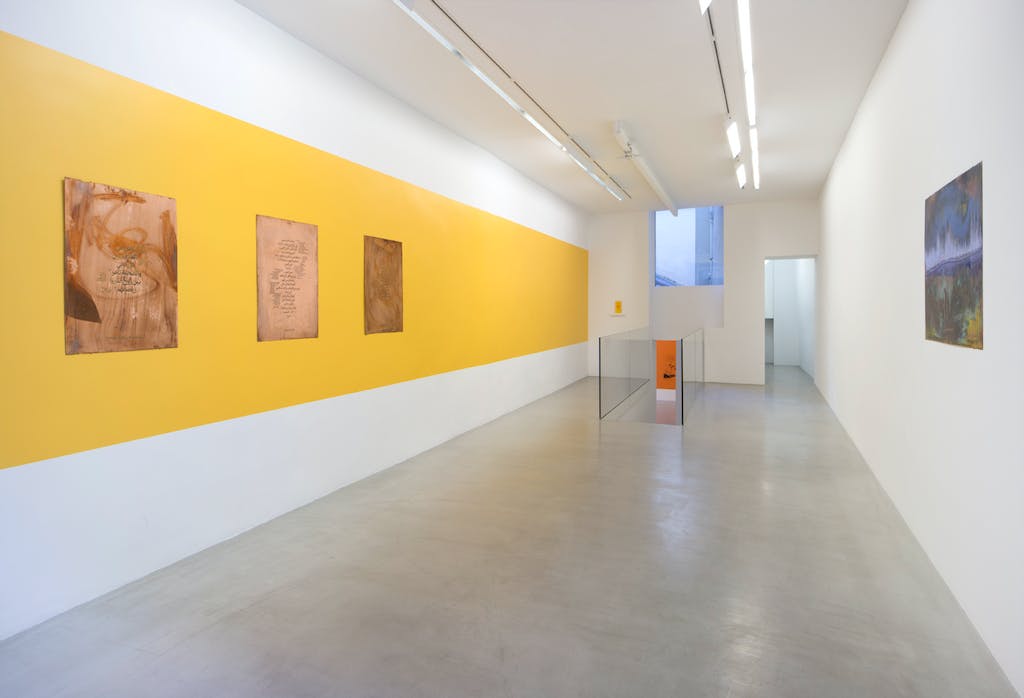 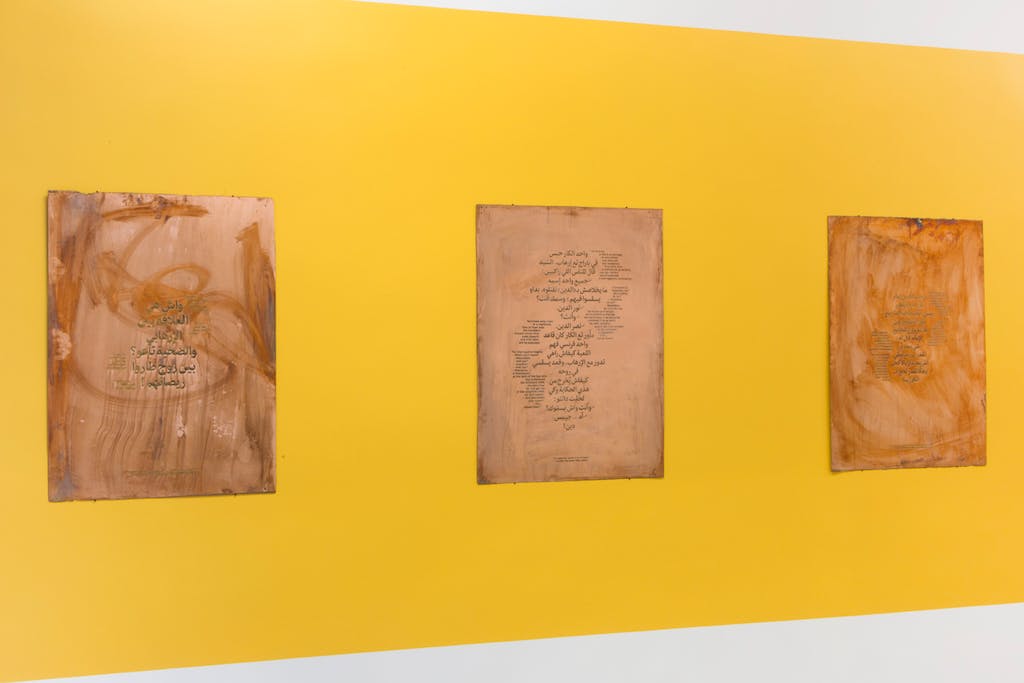 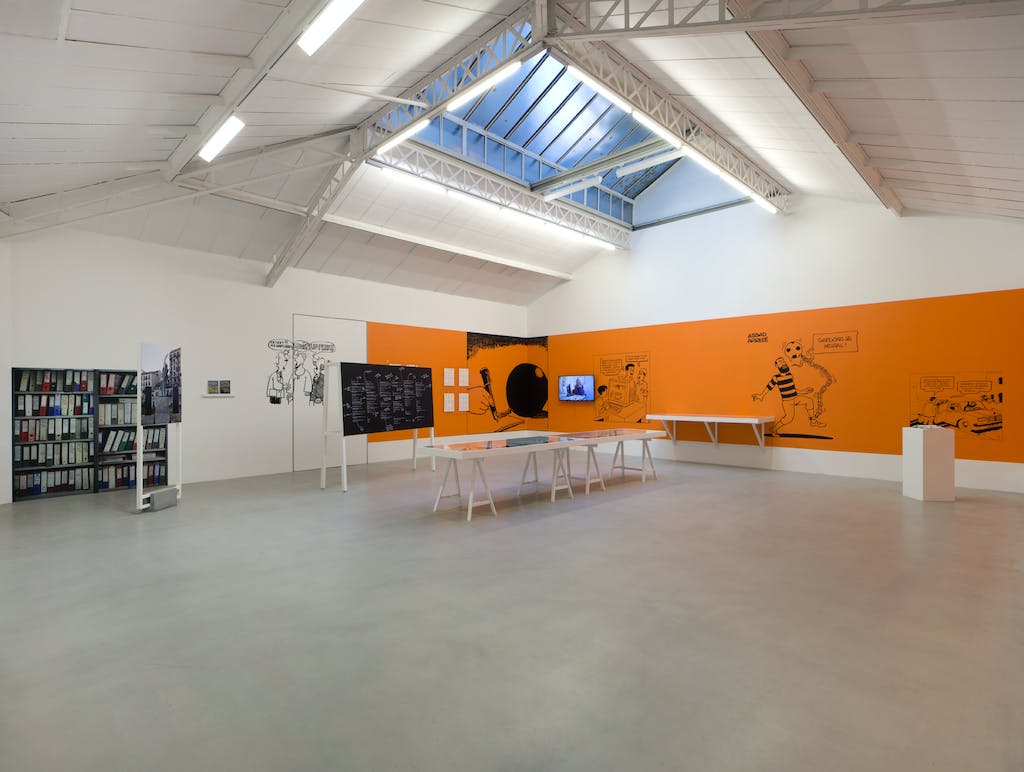 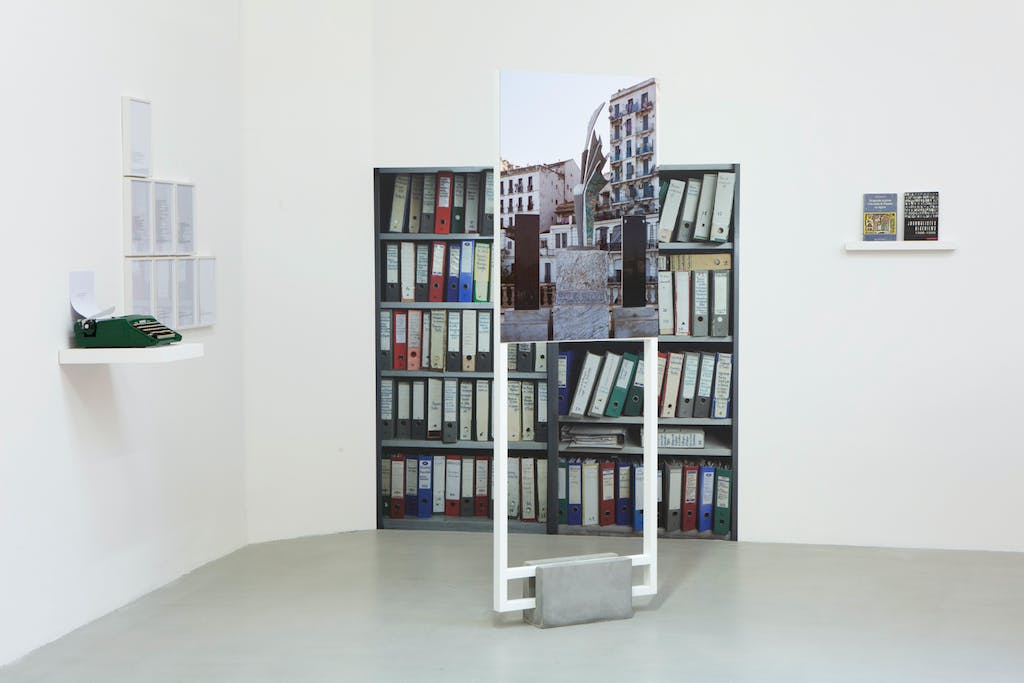 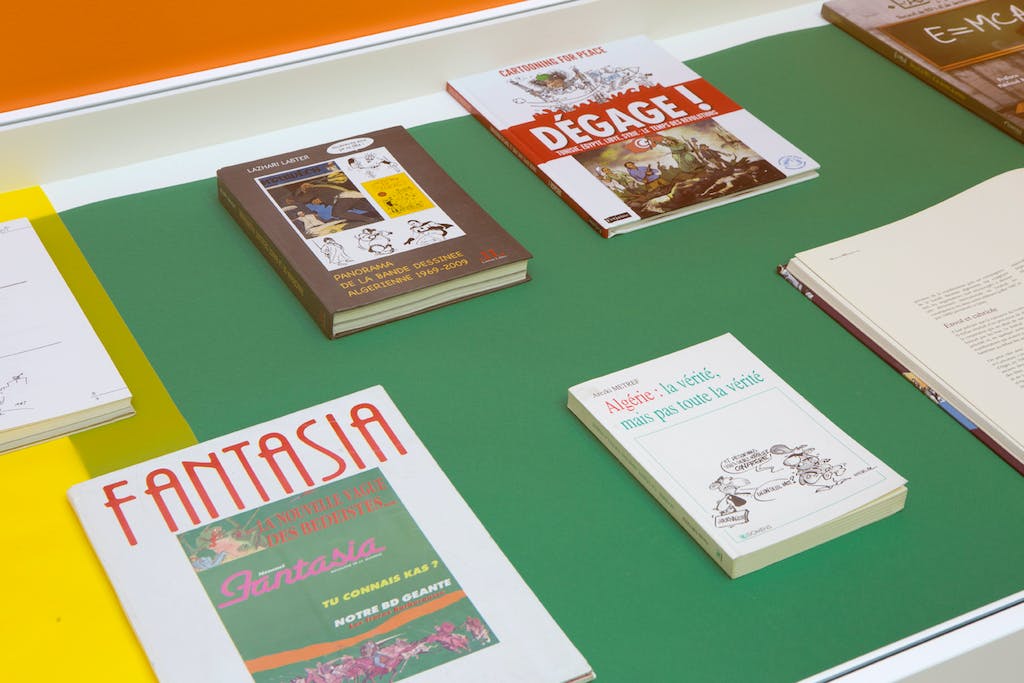 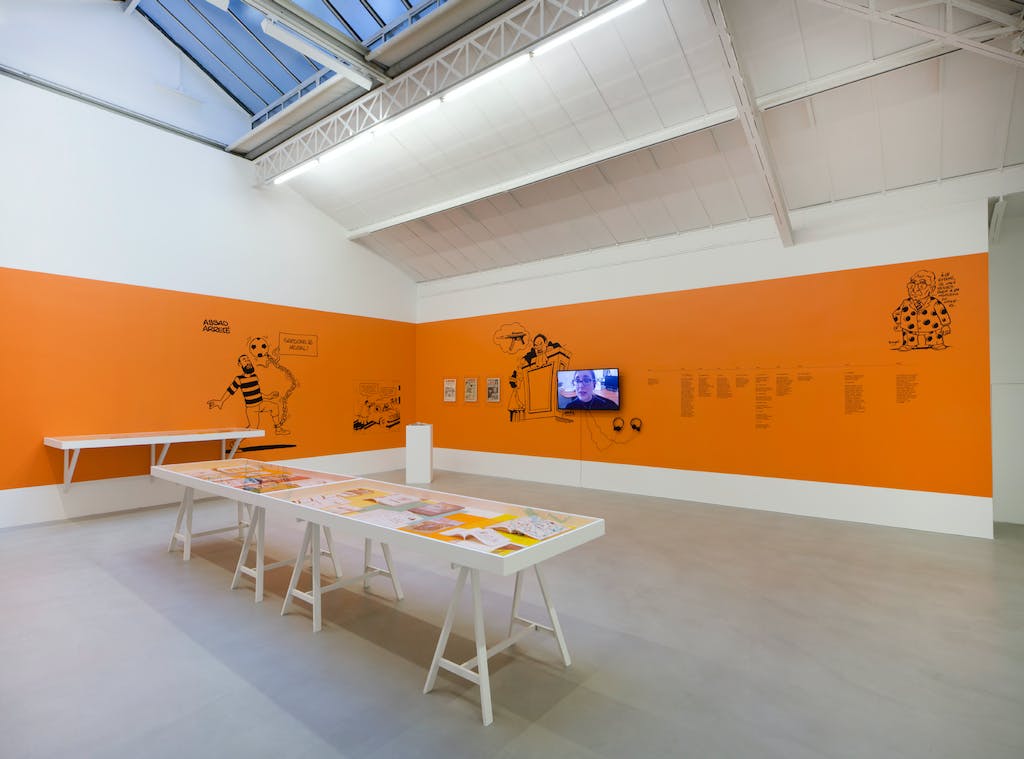