The exhibitions devoted to Zao Wou-Ki at kamel mennour in Paris and London revolve around inks and watercolours produced between 1948 and 2009: a panorama of fifty works with the ultimate spotlight on the creative liveliness of the artist’s final working decade. The choice of 1948 was not random: this was the year of Zao’s migration from China to Paris. Educated in the privileged, scholarly environment of a family whose origins could be traced back to the Song dynasty (960–1279), the budding artist who began his studies at the art school in Hangzhou in 1935 first came into contact with European painting as a teenager. His situation, then, was nothing if not paradoxical. Exposed to two age-old but diametrically opposed cultures – Chinese and European – he was nonetheless out of phase during the 1930s and 1940s: the little information that reached him regarding the kind of Western art that would now be described as hyper-contemporary was strictly rudimentary and his two immediately postwar points of reference were Matisse and Picasso. The upshot being that he arrived in Paris in 1948 with a significant historical and technical baggage, while utterly callow in terms of what was happening in art at the time. The earliest works in the Paris exhibition are still “figurative” – among them are copies of Rembrandts – but they are nonetheless already representative of a middle ground that would come to mark his credo: the blending of an “abstract” dimension with an acute sense of observation. Also striking in these early works is the role accorded the blank areas, that is to say to the Emptiness whose interconnection with Fullness would be the subject of endless renegotiation throughout the painter’s career, especially in the works on paper. This interconnectedness has its roots in a long Chinese painterly tradition. Emptiness, François Cheng points out, “is not, as one might suppose, something vague or nonexistent. It is dynamic and active. Linked with the idea of vital breaths and with the principle of the alternation of yin and yang, it is the preeminent site of transformation, the place where fullness can attain its whole measure. Emptiness introduces discontinuity and reversibility into a given system and thus permits the elements composing the system to transcend rigid opposition and one-sided development. At the same time emptiness offers human beings the possibility of approaching the universe at a level of totality … a Chinese person, whether an artist or merely an amateur, intuitively accepts emptiness as a basic principle.”
Zao’s works from the late 1940s and the beginning of the 1950s are clearly indebted to this Chinese notion of painting, even if, in his keenness to immerse himself in the great Western tradition, he feigns an attempt to turn his back on his roots. As French writer Claude Roy put it, those transitional years enabled Zao to become a “modern Chinese painter”, However, it was not until the 1970s and his reconciliation with the ink medium which, in contrast with watercolour, he had sidelined during the previous decades, that he fully accepted this dual heritage. Setting aside the biographical details which are said to have driven him to a more overt return to ink on paper, we should nonetheless note that his reintroduction of the medium coincided with the opening chapter of a mature oeuvre marked by tranquillity and a newfound freedom. As well as by the symmetry of the “perfect chord”, which meant that the achievement of the fifty preceding years now allowed a more relaxed statement of the cultural and artistic balancing act the oeuvre had been built around. An oeuvre neither abstract not figurative, as critics like Roy and Cheng – to cite only two – have pointed out in an ongoing assessment of his output through a prism far broader than that of modernist reductivism. For Zao painting could have nothing to do with the gross misconception of abstraction being promulgated across the Atlantic by the New York art critic Clement Greenberg. His innate humility told him that no invention of “things that do not exist” could dispense with “knowledge of the world, of nature”. This link with the world and nature reappears in the works on paper consciously opted for in the 1970s, their consolidation in the 1980s and their blossoming in his final period. During those years he produced works forming a quintessential interspace that would in fine become his maker’s mark. In black and white or massings of complementary colours, the last inks on paper and watercolours testify to a kind of precarious equilibrium: between observation of nature and tradition “stored up” for several decades and intensification of a language tending in the very instant towards autonomy, the two being reworked together in exercises in which mastery of gesture and “letting go” ultimately merge. Rare are those who have achieved this equilibrium. Zao Wou-Ki is one of them. 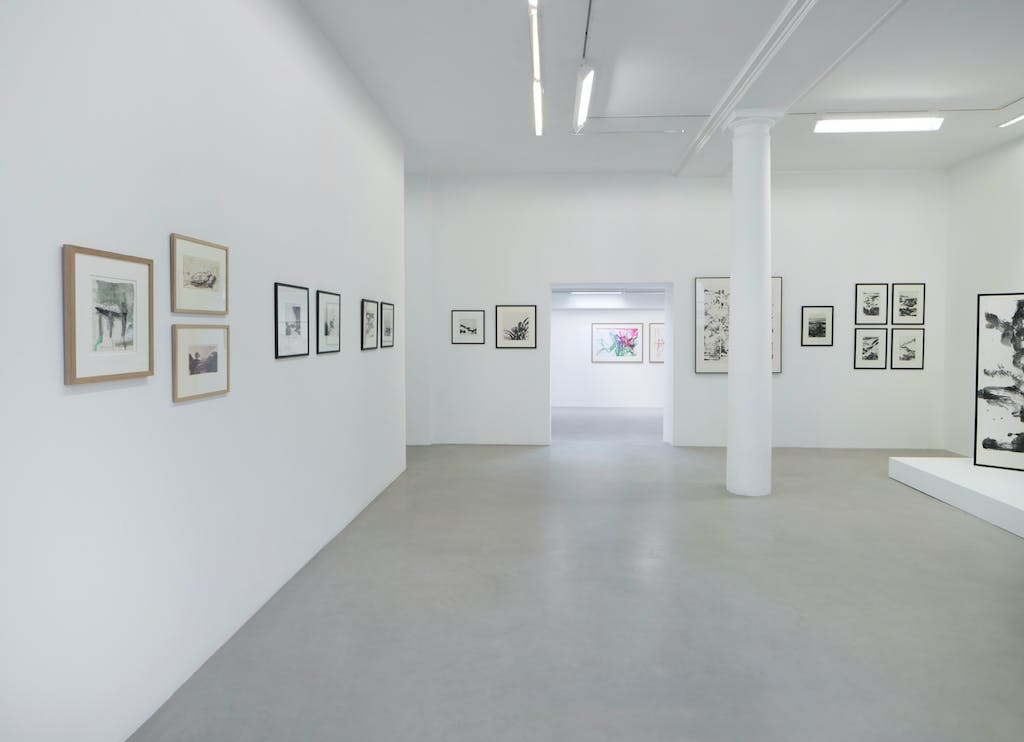 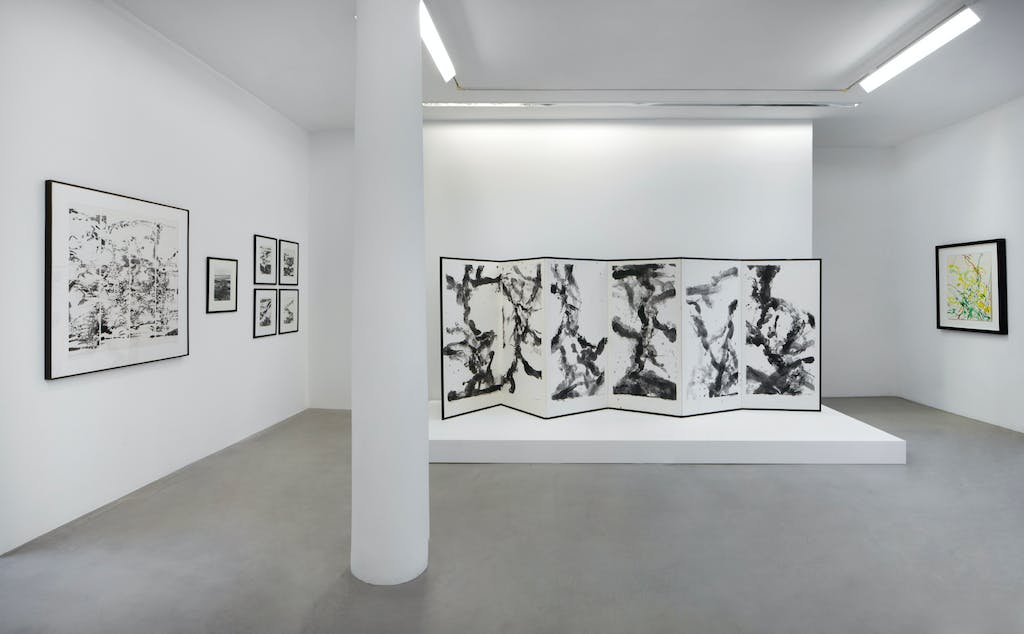 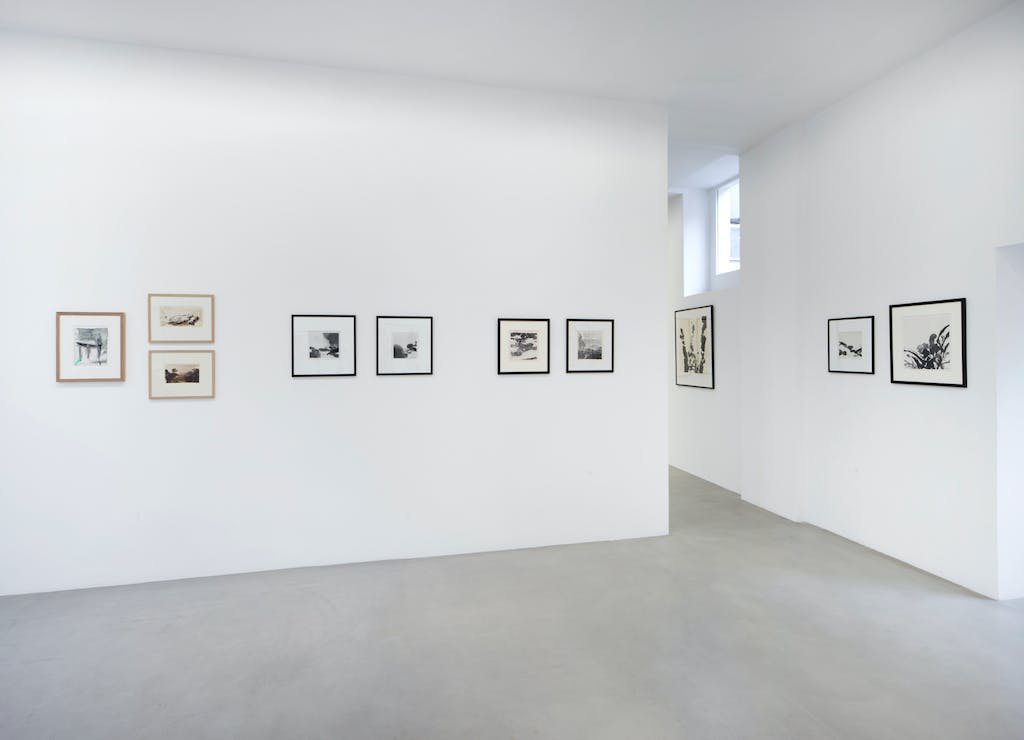 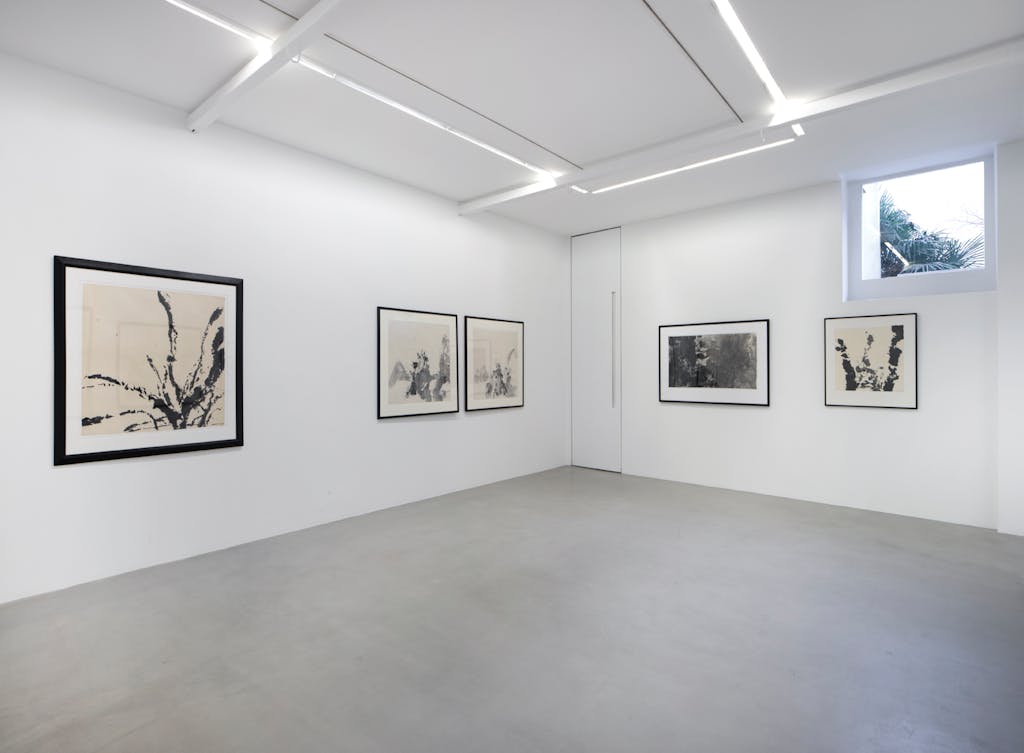 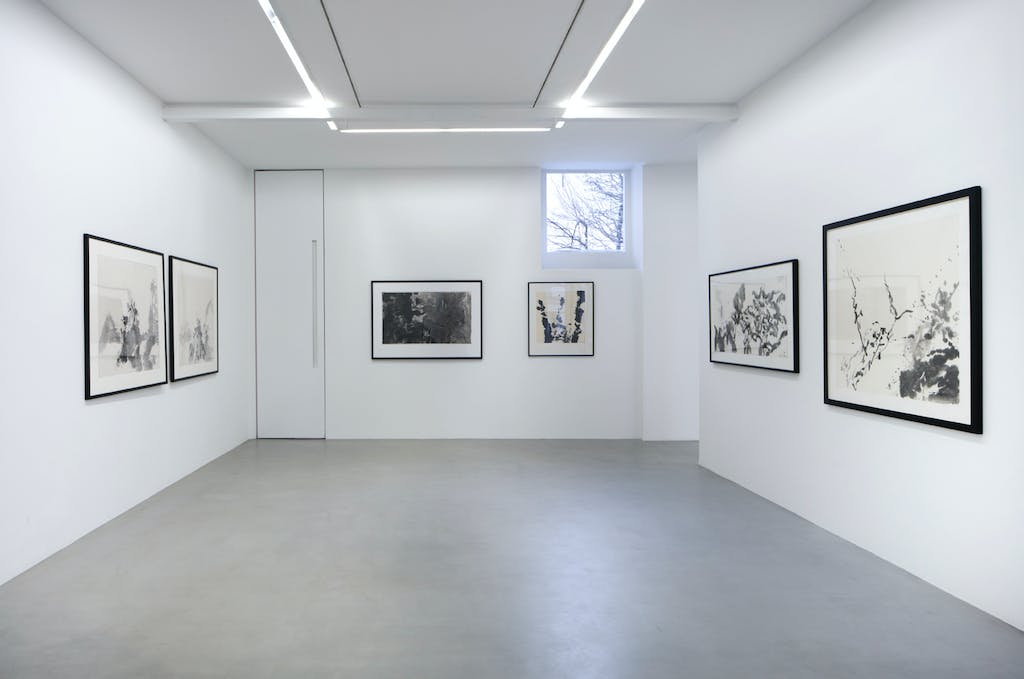 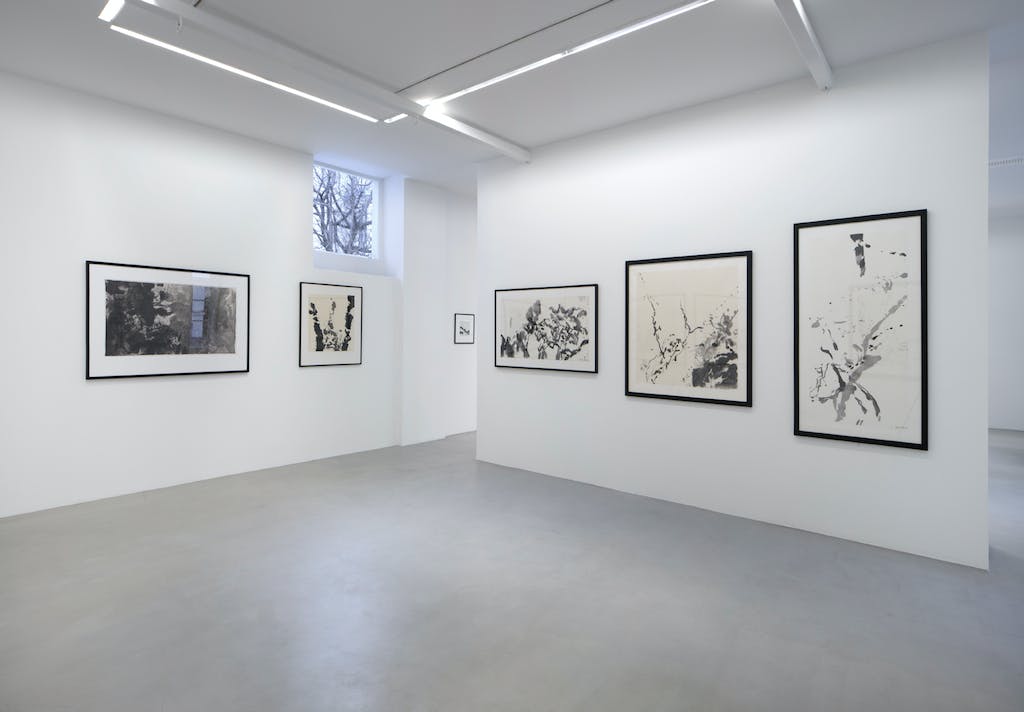 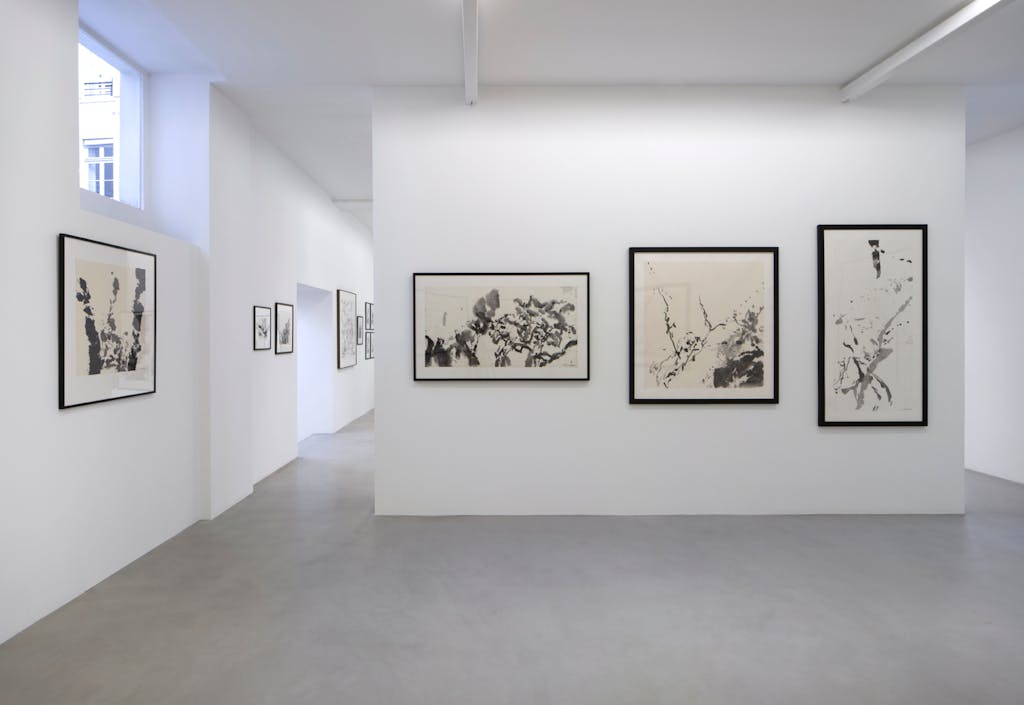 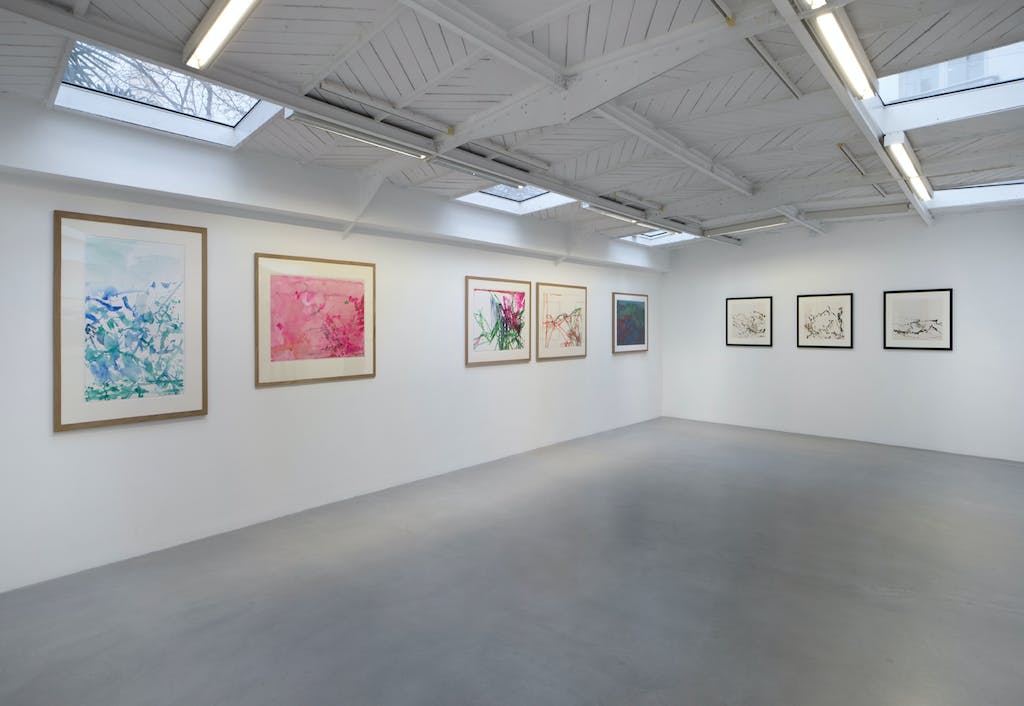 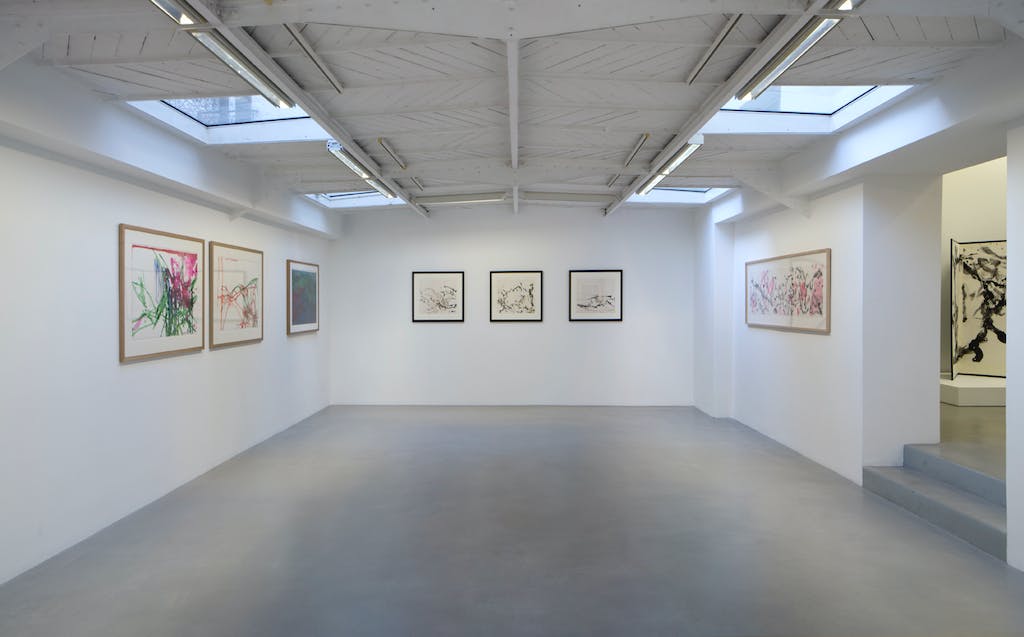 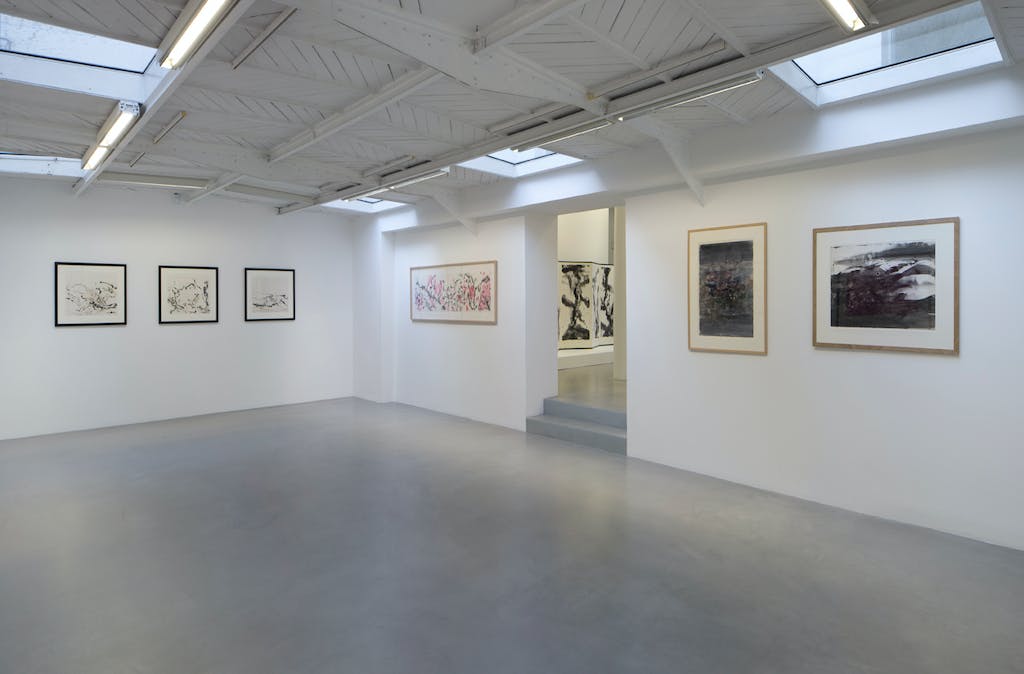 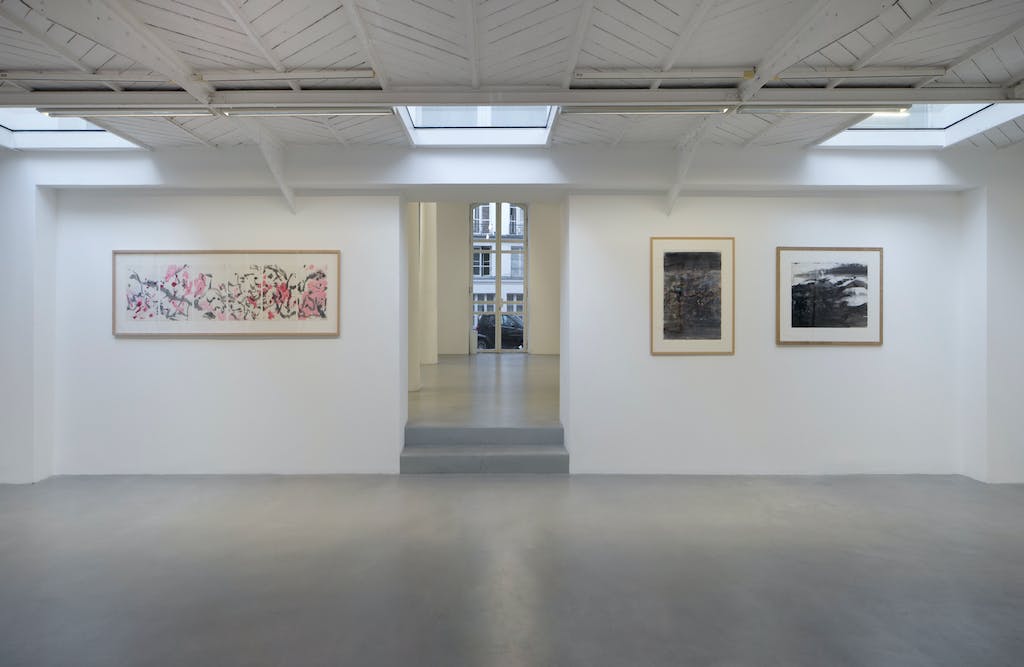 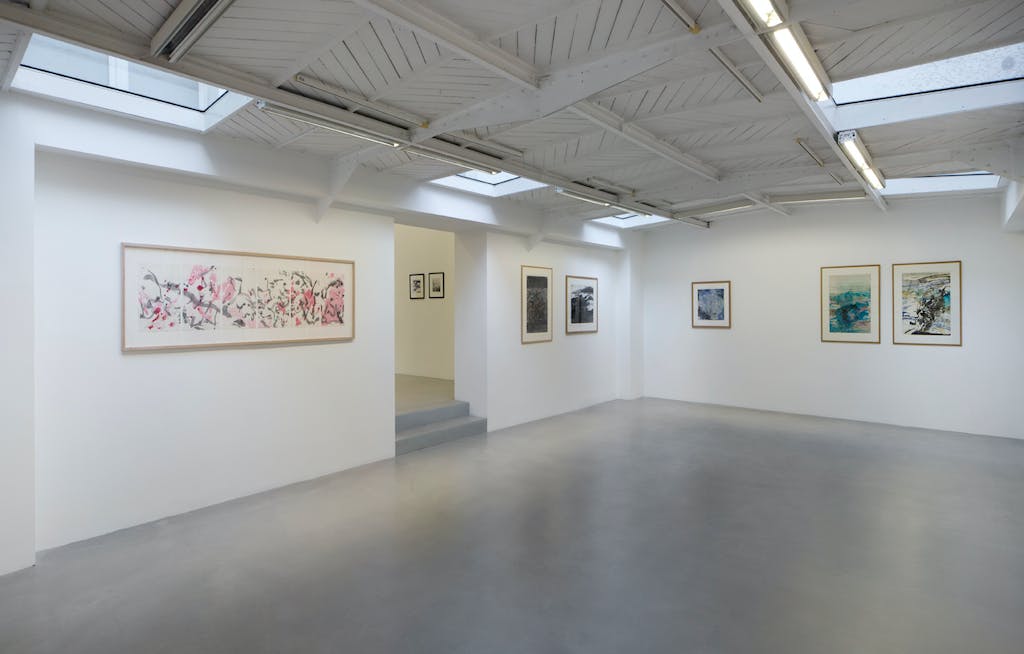 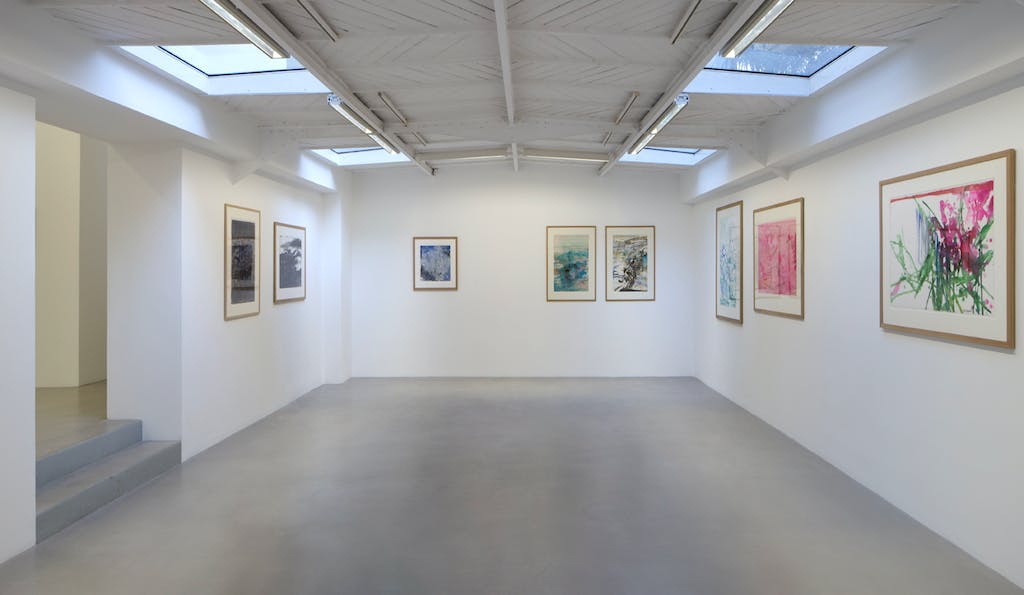 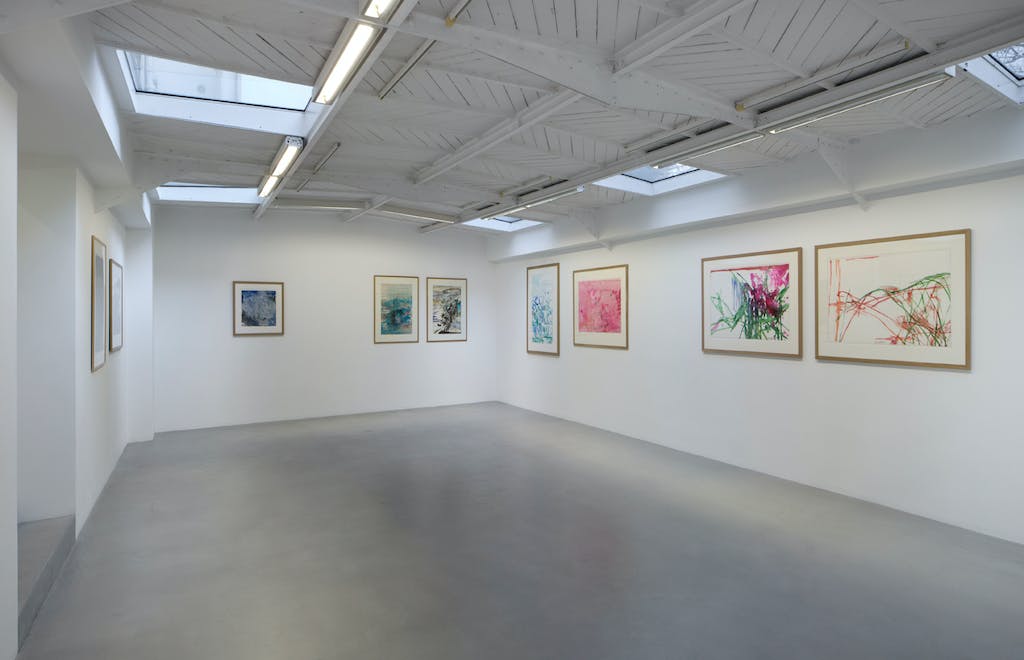 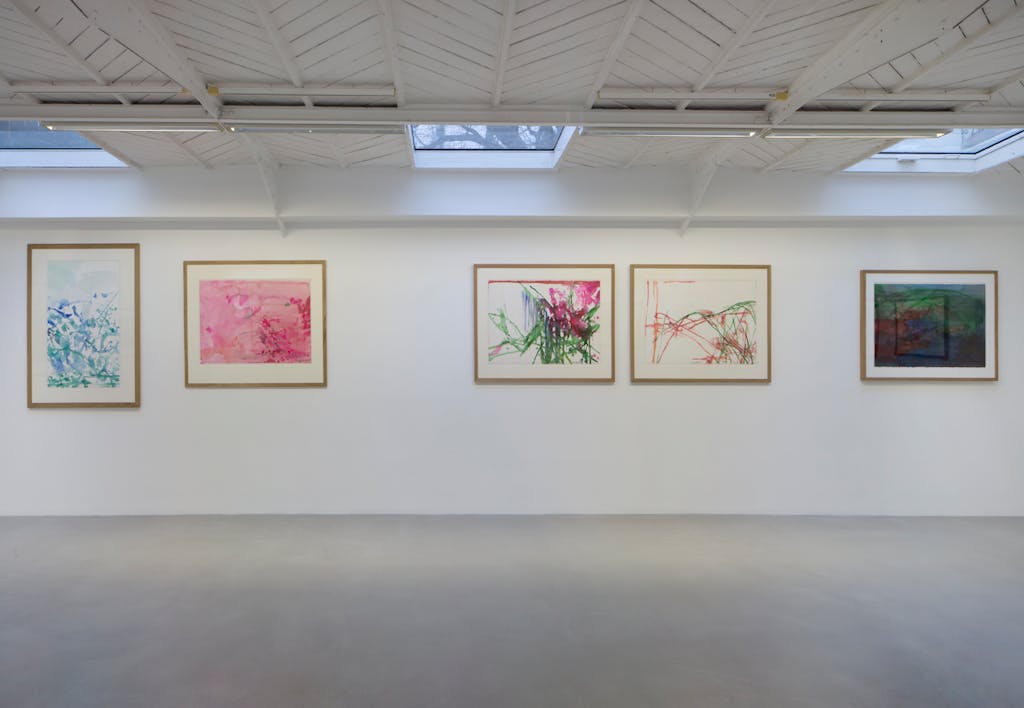