A very particular kind of poetry emanates from the work of South-African artist
Robin Rhode. Rhode speaks in connection with his works about ‘a form of theatre’ and even more so of ‘a kind of live cinema’. Standing before a succession of photographs decomposing an action (that of a body together with drawings that gradually materialize and dematerialize on the wall), one does indeed think of cinema’s primitive origins, of Étienne-Jules Marey or Eadweard Muybridge. But even more so, the fragmented narration, the bodies in profile, the relationship between these and the wall, all recall a much older tradition of image making, that of the ancient Egyptians.
In Rhode’s work, the wall is a screen opening onto another world, perhaps an infinity of parallel universes. Doors and windows are a recurrent motif, making it possible to penetrate a two-dimensional space where the proportions and the laws of physics underpinning our world are no longer valid. It is truly a space of dreaming, of oneiric projection, materializing intimate thoughts with symbolic dimensions.
On the ground floor space of the gallery on the Rue du Pont de Lodi, Holy Key (2016) shows a figure caught in the throes of a struggle with a gigantic key. Like Atlas with the world on his back, and even more like Sisyphus endlessly rolling his rock, he is desperately trying to insert it into an outsized lock, through which a blinding light is streaming: the sign of a better world beyond the opaque, black wall on which each of his attempts has left behind a trace of the key. From a metaphysical point of view, the work evokes the difficulty we sometimes have finding a place in this world. Albert Camus’ book the Myth of Sisyphus comes to mind. ‘We must imagine Sisyphus happy,’Camus concludes the book by saying, meaning that the Greek hero, in spite of his eternal damnation, remains nonetheless superior to his destiny.
This reference to existentialist philosophy recalls another. The title of the exhibition, “Force of Circumstance”, has been taken from Simone de Beauvoir’s memoir La Force des choses (1963). Rhode’s work is without a doubt, in an allegorical way, existentialist.
He stages an interaction among living bodies attempting to master the mechanism
of their destiny along with that of inert objects, with predefined uses, but which the magic of choreography and drawing can poetically, irremediably modify.
In the basement level space, Rhode reenacts in a new way a performance made in
2016 at the SCAD Museum of Art (Savanah College of Art and Design) in Georgia US.
Objects painted black (chairs, a bicycle, a coat stand) are hung on the wall. The artist submerges his body in a bath full of ink, then takes hold of the objects to make them leave their trace. Robin Rhode’s work is shot through with an art of contrast, paradox, and antagonism—negative/positive, flatness/depth, abstraction/realism—where the power of thought and imagination lead us on a voyage from one extreme to another. 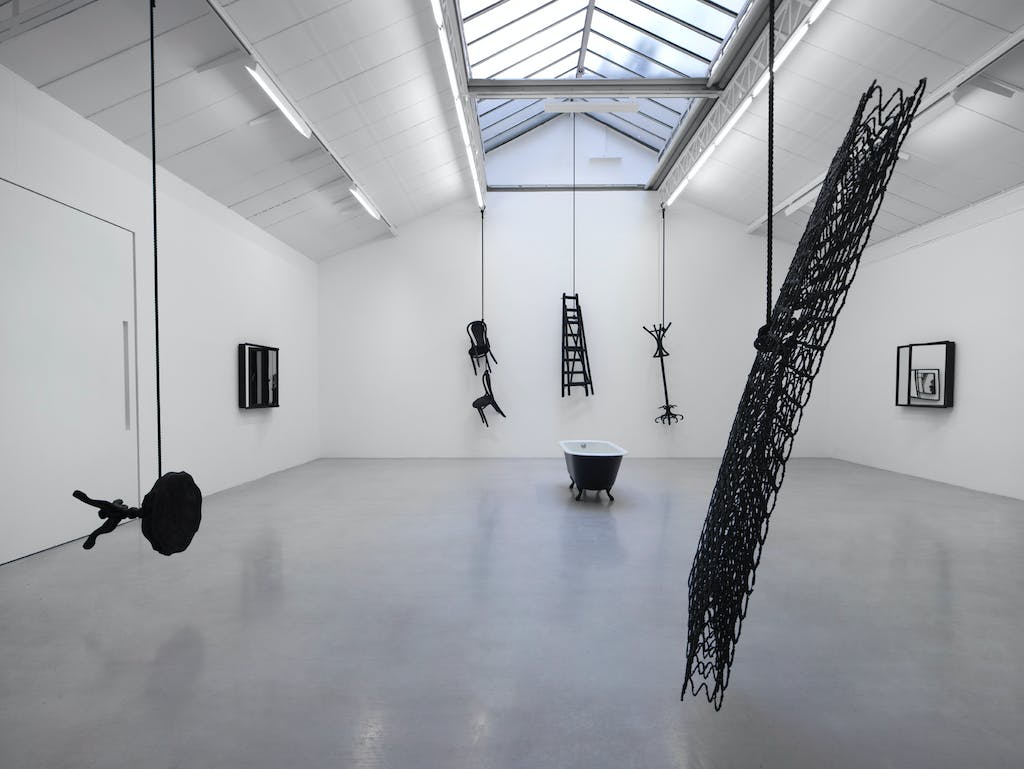 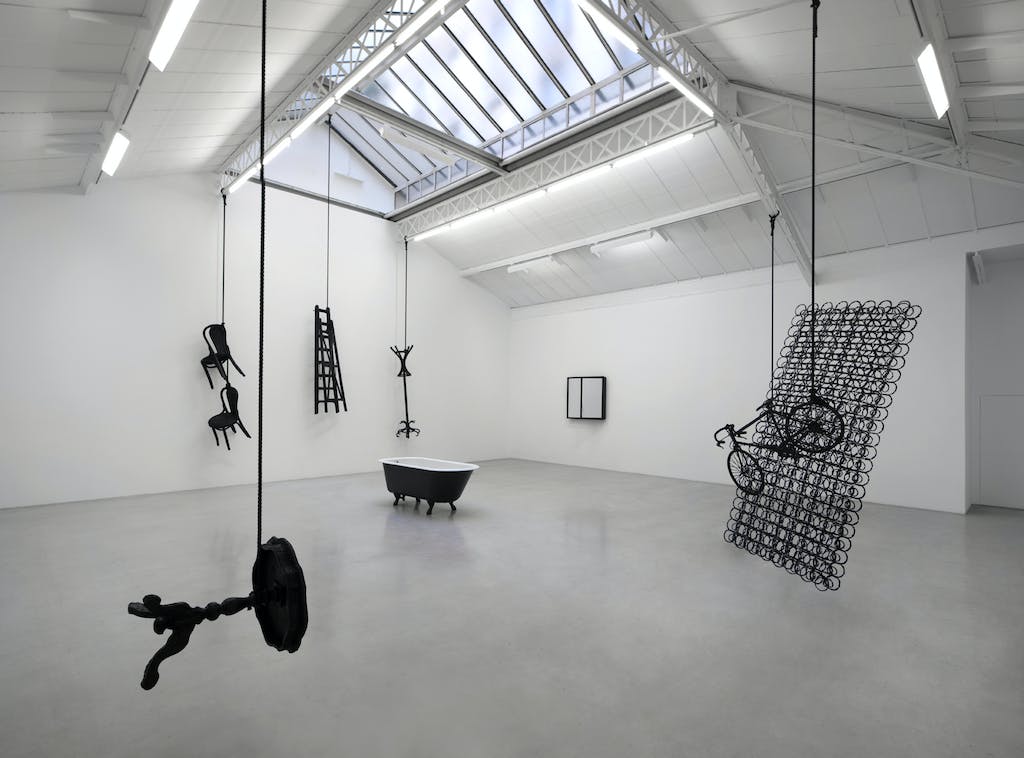 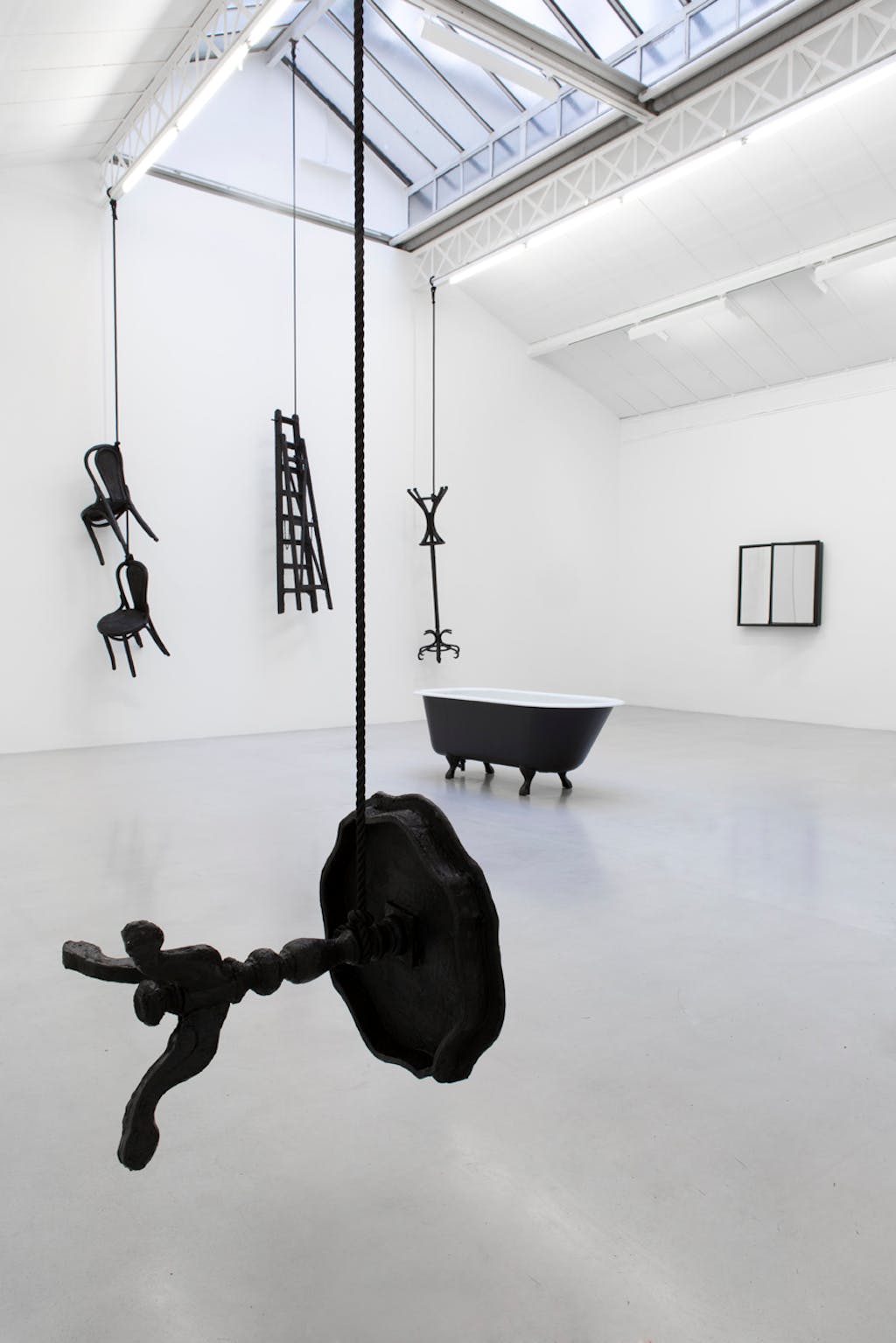 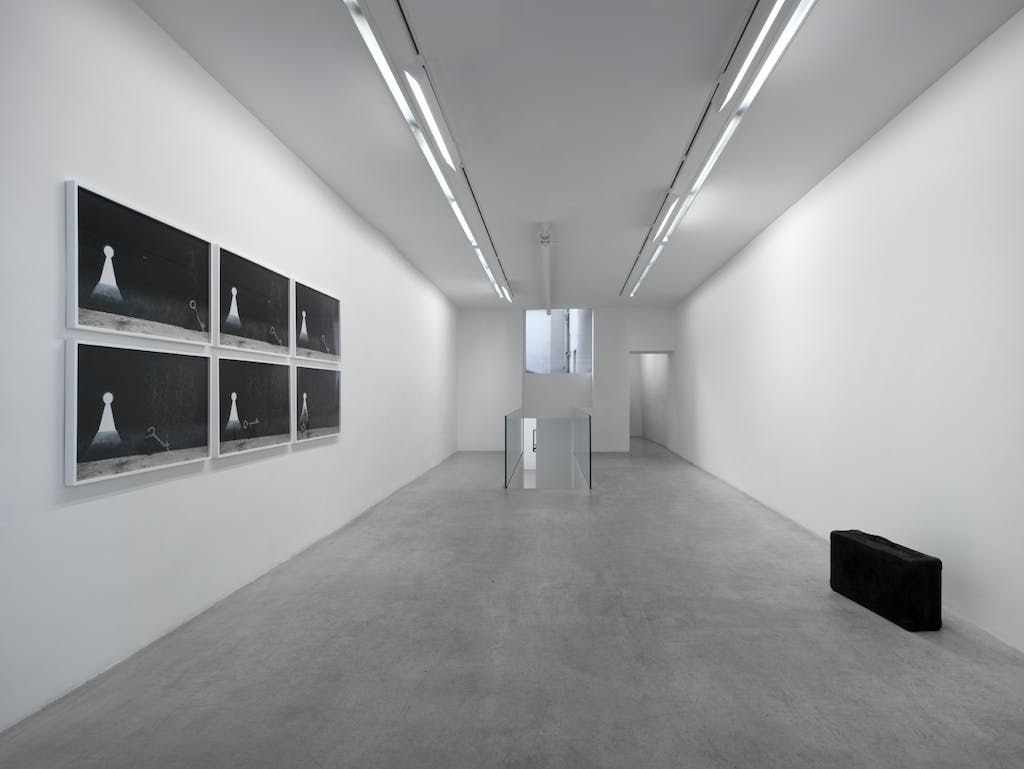 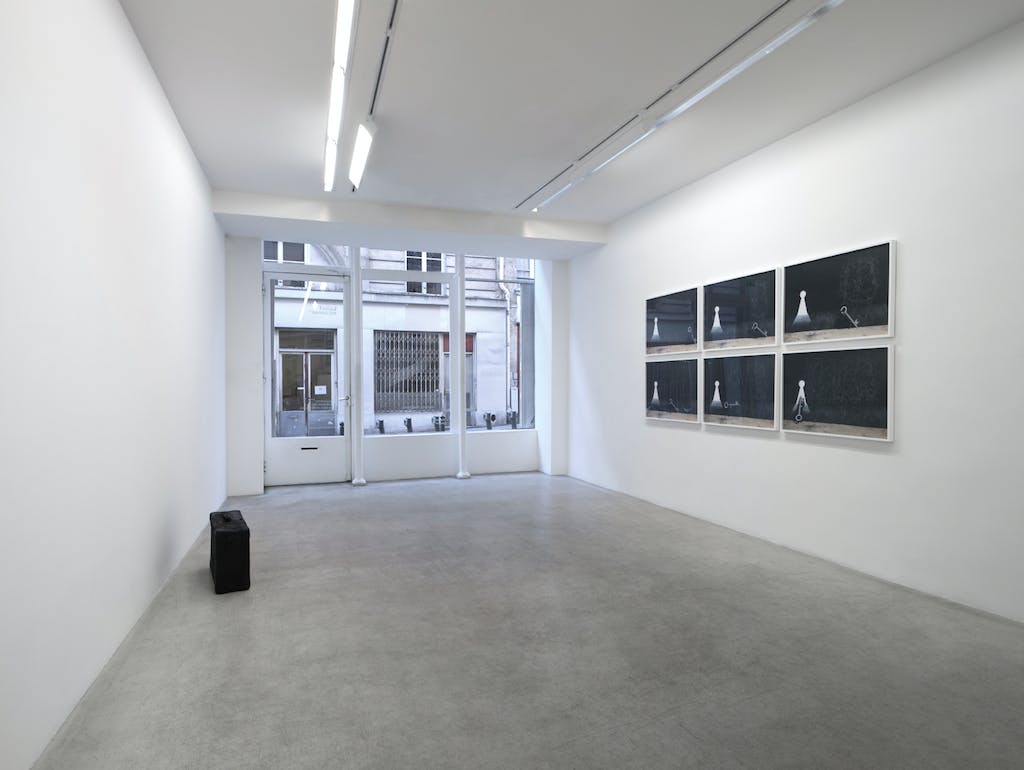