Galerie kamel mennour has the pleasure of presenting “Far from home”, a joint
exhibition featuring works from two of the most significant figures in contemporary
photography, Alberto Garcia-Alix and Daido Moriyama.

Hailing from Japan and Spain respectively, Daido Moriyama and Alberto Garcia-Alix
both launched themselves headlong into the world of photography around the age of
twenty, choosing as subject matter their contemporaries and epochs. A free-lance photographer in post-war Japan, Daido Moriyama has earned a reputation for the density, directness and roughness of his razor-edge shots. The city, vibrant and terrifying, is his backdrop of predilection. With its incessant din and flux, its clubs, its juke-boxes, its cars, motorbikes, women and stray animals, it provides a
series of “irreplaceable subjects”, as illustrated by his most recent retrospective at the Cetro Andaluz de Arte Contemporáneo de Séville during the summer of 2007.
Poet, rocker, and anarchist matador in post-Franco Spain, Alberto Garcia-Alix draws
his inspiration from his immediate entourage, “the people before his very eyes”. He is the author of a poignant and poetic cycle, celebrated last summer at Arles, and to be shown again in September at the Museo Nacional Centro de Arte Reina Sofia in
Madrid.

With his biker’s spirit, this photographer carved out an inimitable style for himself in the 80s, making portraits of those close to him: the eccentric actors of nocturnal Madrid.

For what is Daido Moriyama’s second and Alberto Garcia-Alix’s third exhibition at
galerie kamel mennour, the pair have chosen to cut across their visions, their
temperaments and their territories, thereby challenging the East-West dichotomy.
Daido Moriyama, the Easterner, thus presents us with his views of a sensual Buenos-
Aires, taken in 2004 and 2005, while Alberto Garcia-Alix, the Westerner, gives us
photographs taken during his recent wanderings around Beijing. Buenos-Aires / Beijing: two distant destinations; two short trips (two sojourns of ten days for the former and one of 55 days for the latter), and an opportunity to demonstrate that, despite being far from home, their distinct signatures and styles, their story-telling methods and their ways of recording the world remain the same. As if saturated with contrasting energies, the picture Daido Moriyama paints of Buenos-Aires is sometimes peaceful (the images of out-of-proportion stray animals or landscapes of deserted roads), at other times noisy and bustling. Children run. Couples embrace and begin to tango wildly. A carousel spins round at dizzying speed. The terraces of the Bombonera – the mythical stadium of the Boca neighbourhood – play host to the ovations of a delirious crowd. The Beijing of Alberto Garcia-Alix is, on the other hand, imbued mostly with serenity. Faithful to his wont, the Spanish photographer has sought to orchestrate the light and organise his images based on diagonals and strong lines, as if composing graphic “portraits” of the city. Architectural fragments, pieces of sky-scrapers, telegraph poles and communication networks, trees stripped bare, etc. are all given this treatment. To accompany the exhibition, galerie kamel mennour has published the catalogue Daido Moriyama / Alberto Garcia-Alix “Far from home”. 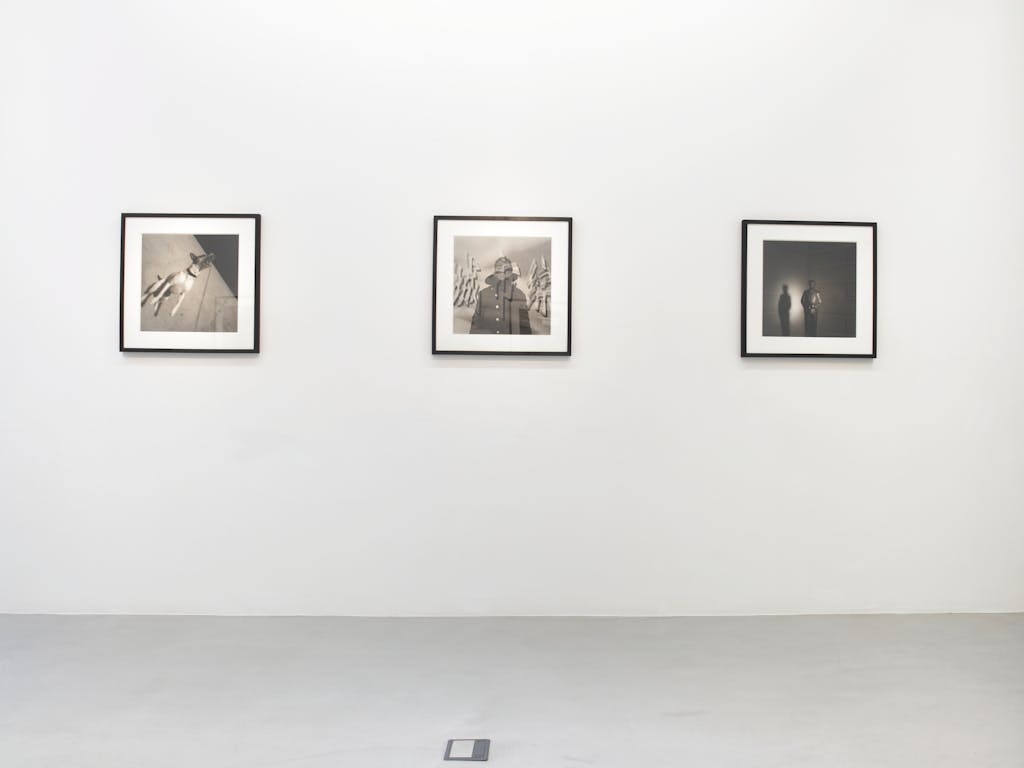 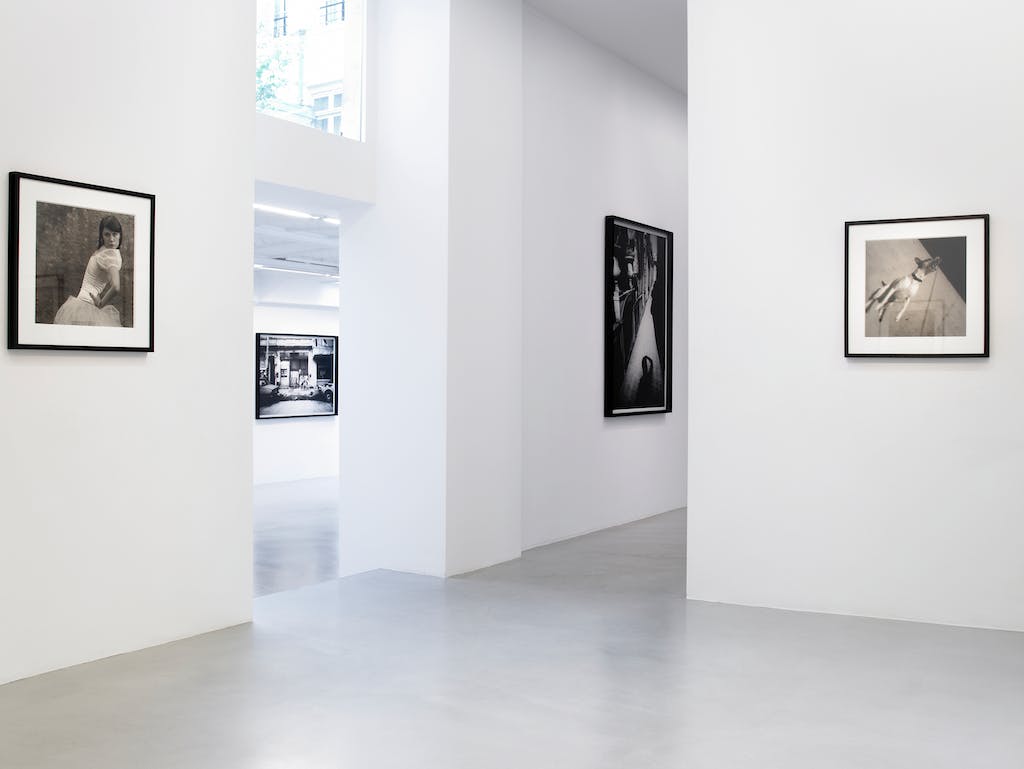 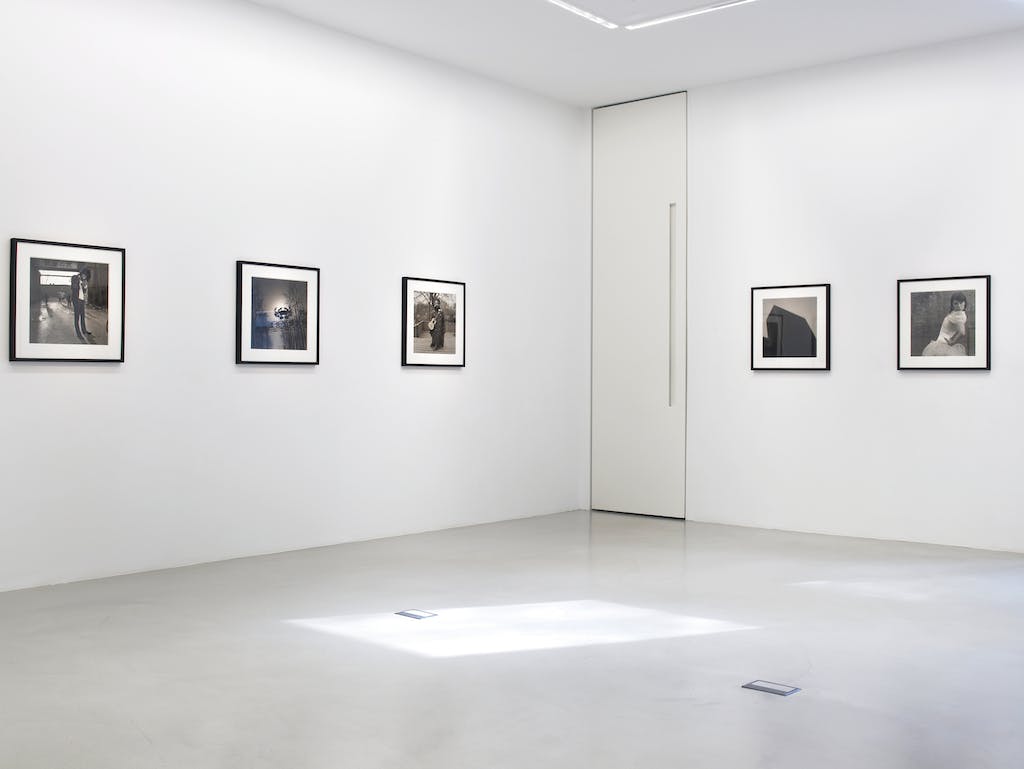 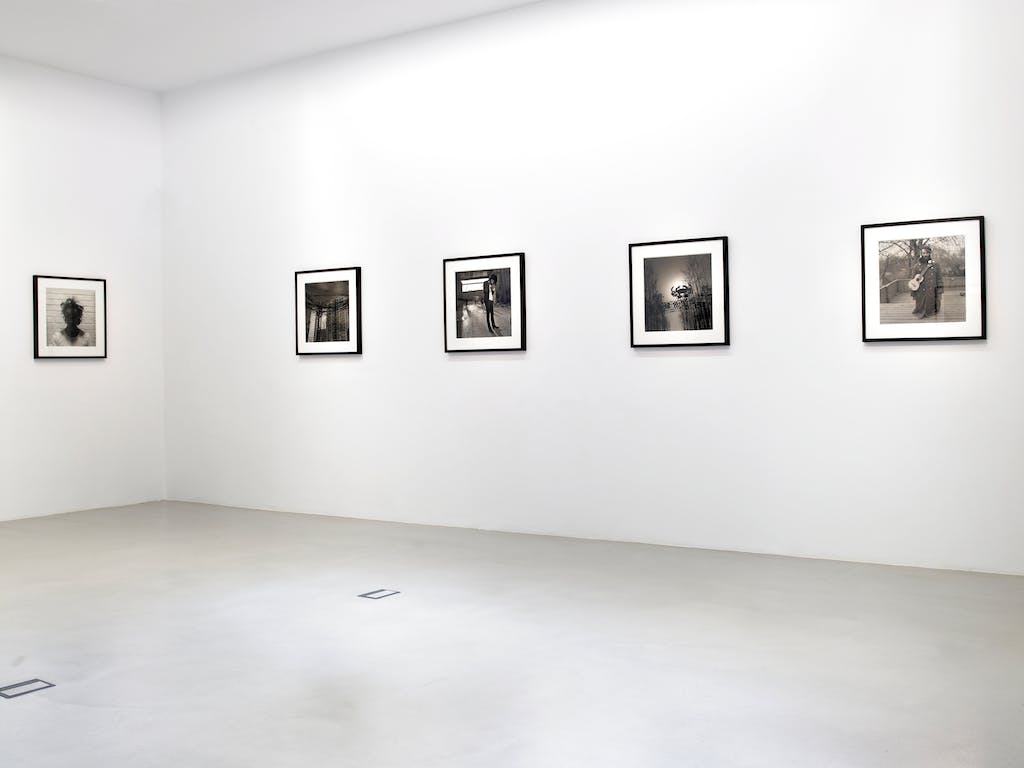 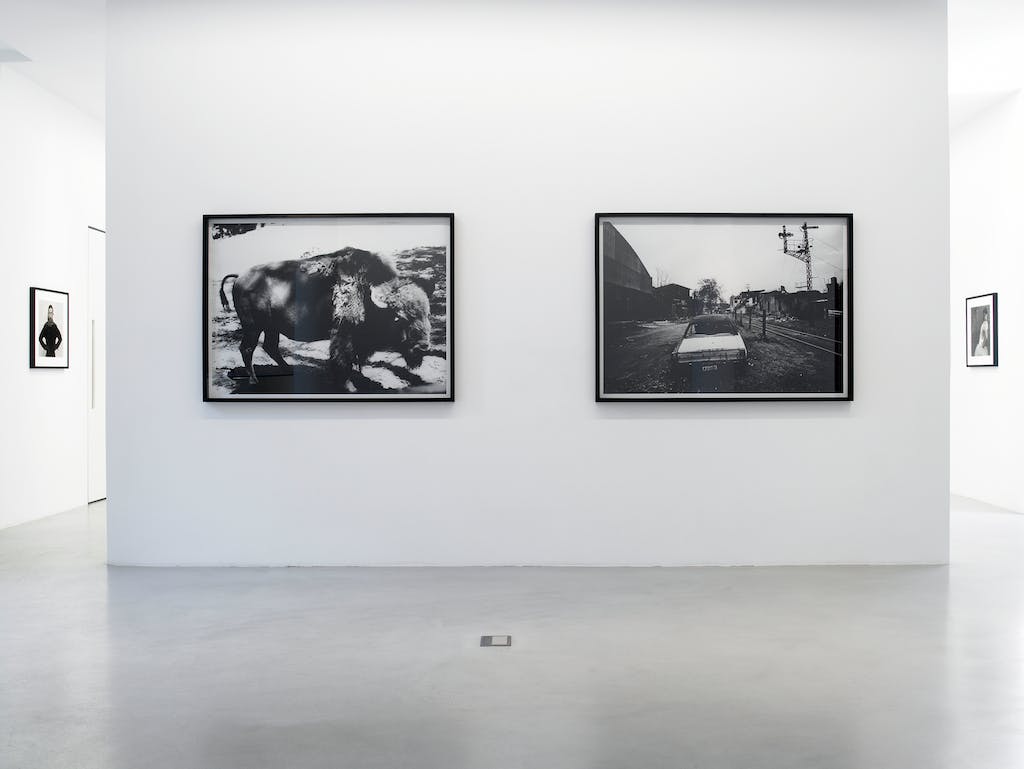 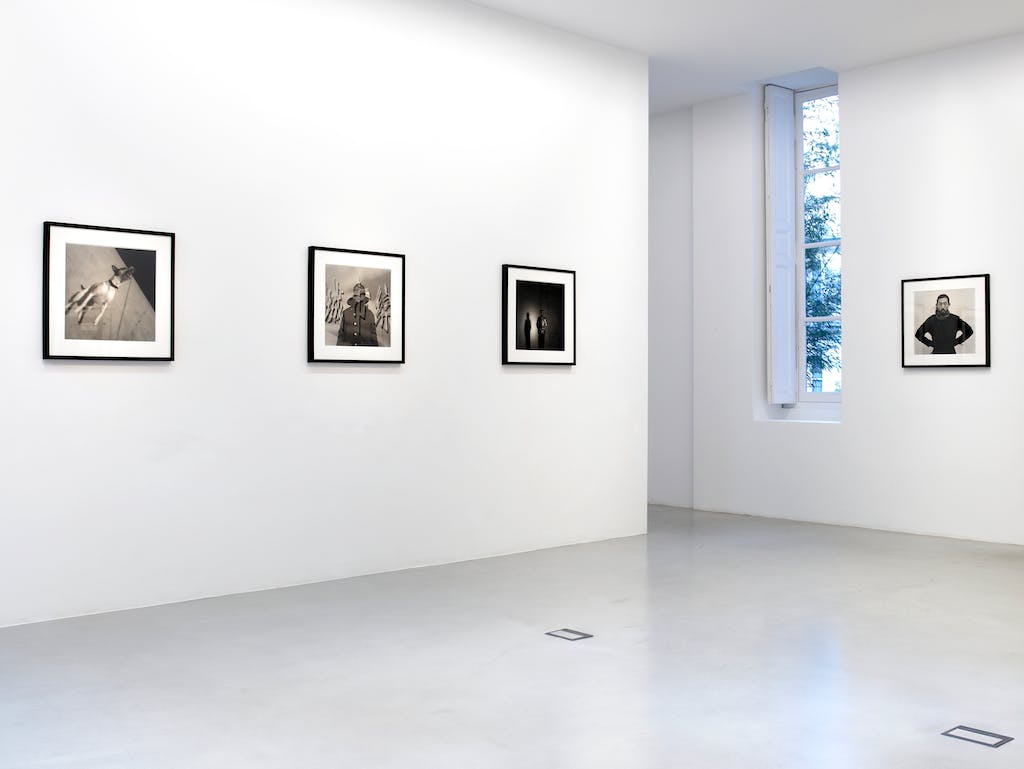 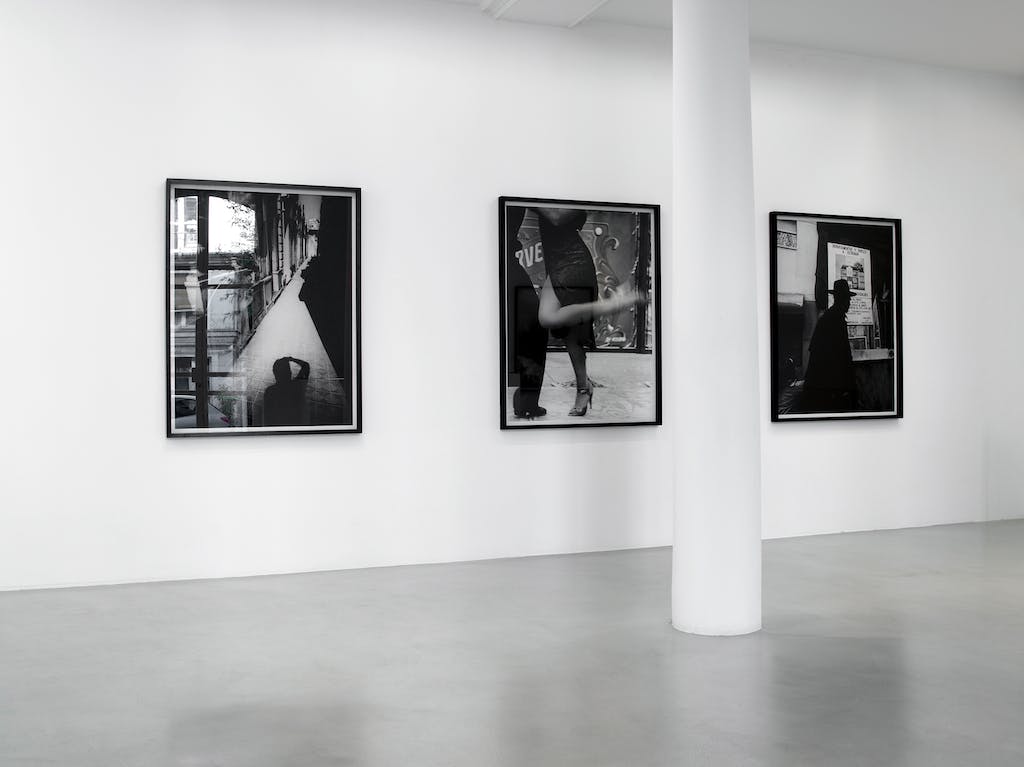 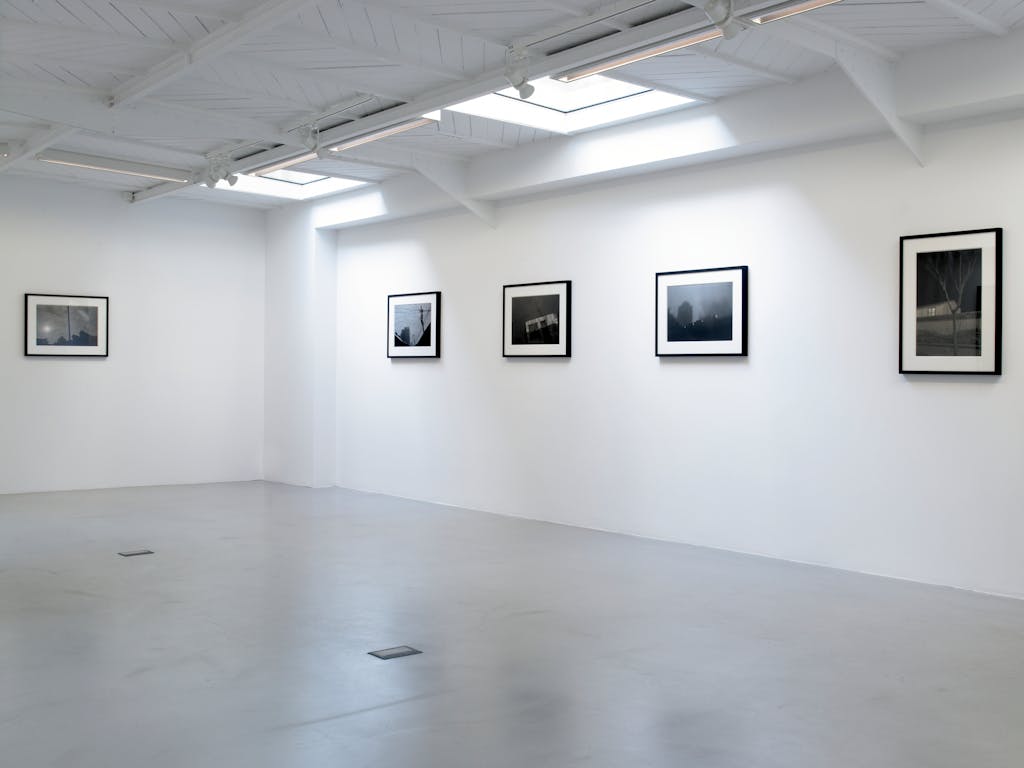 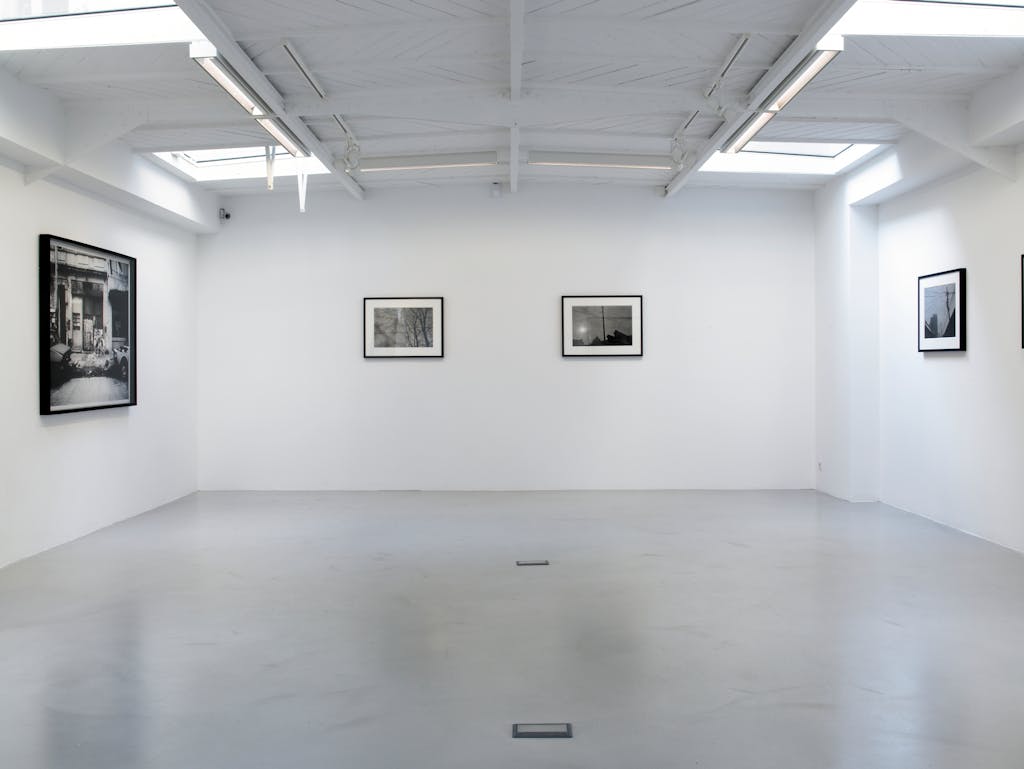 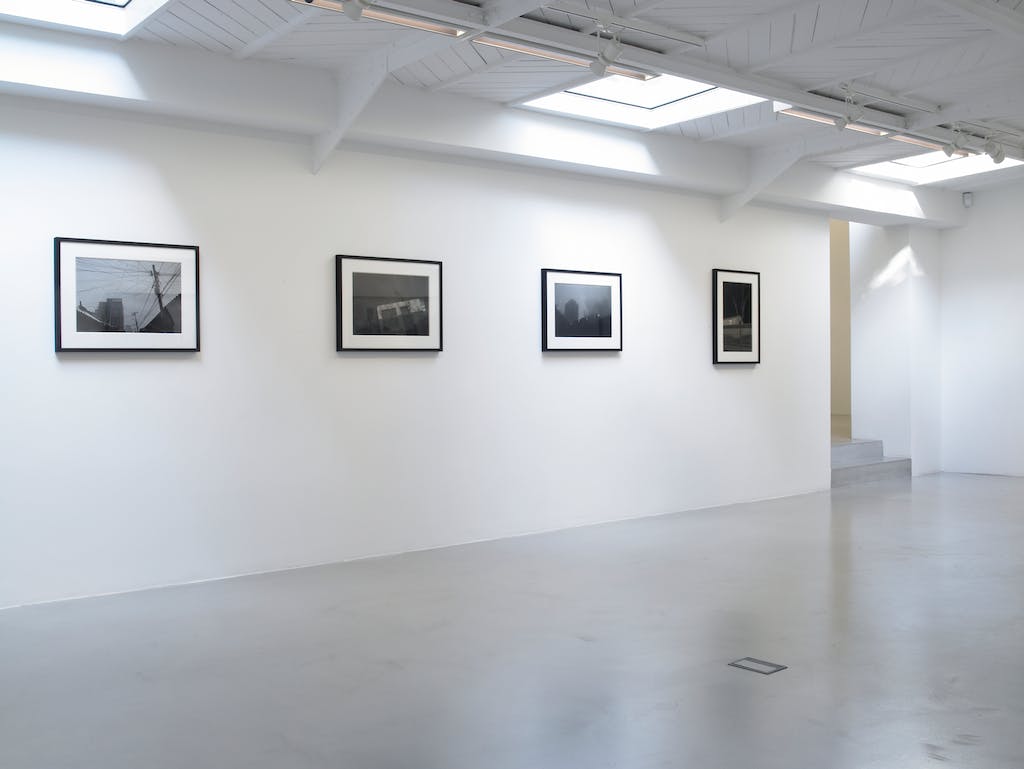 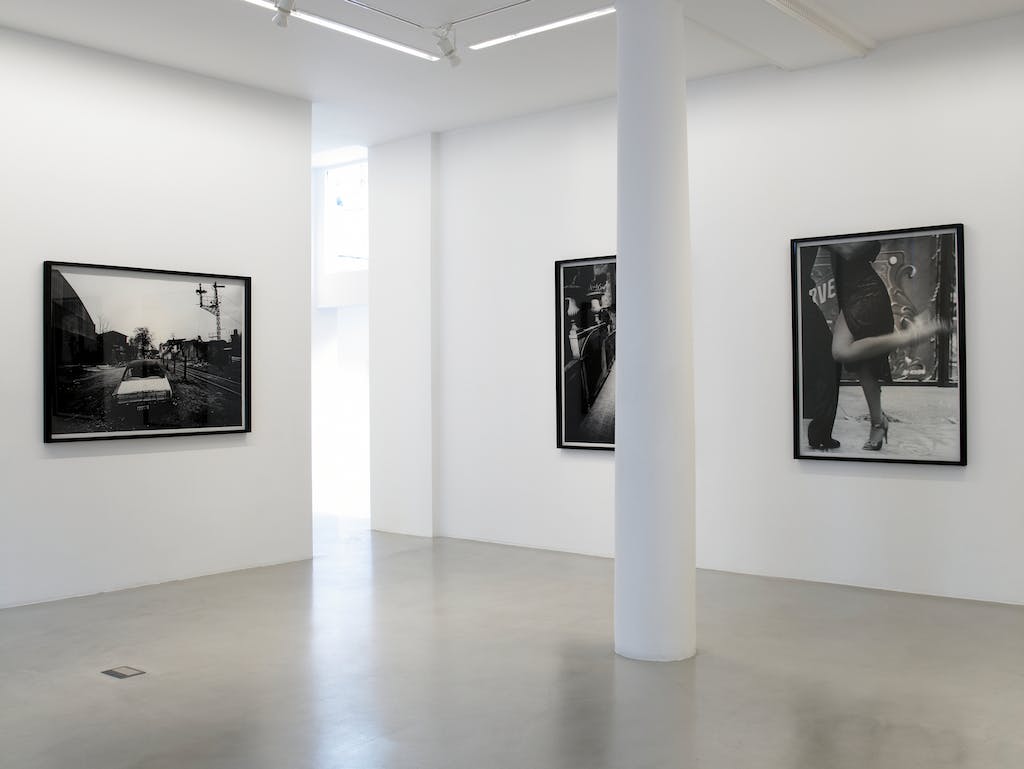 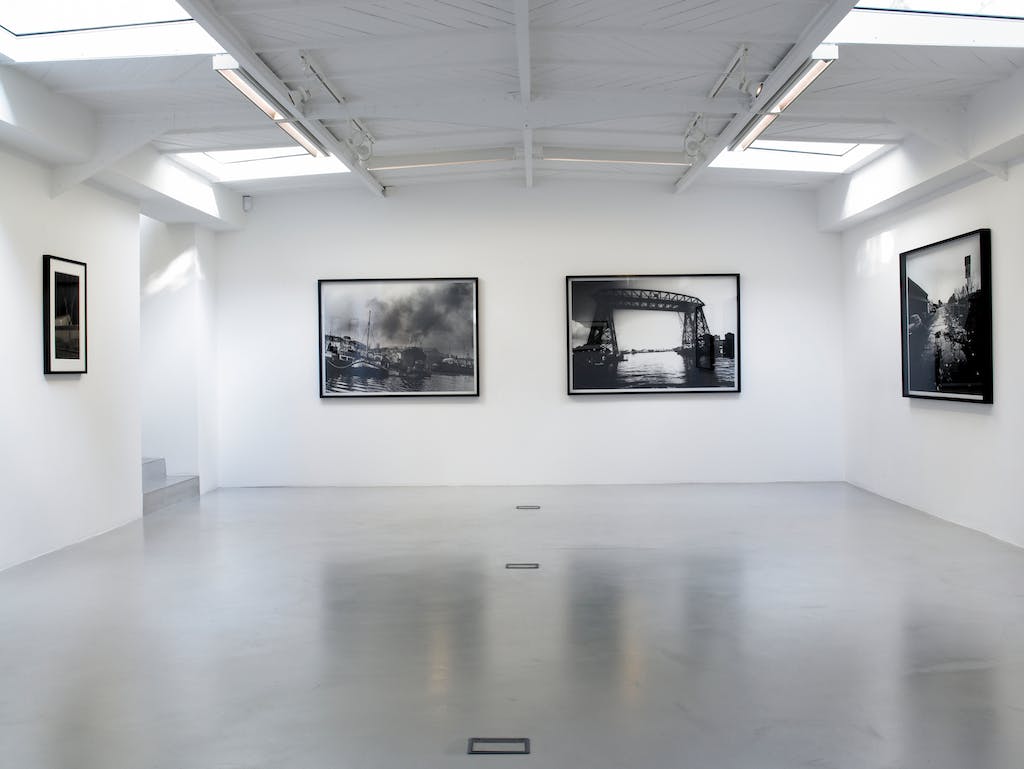 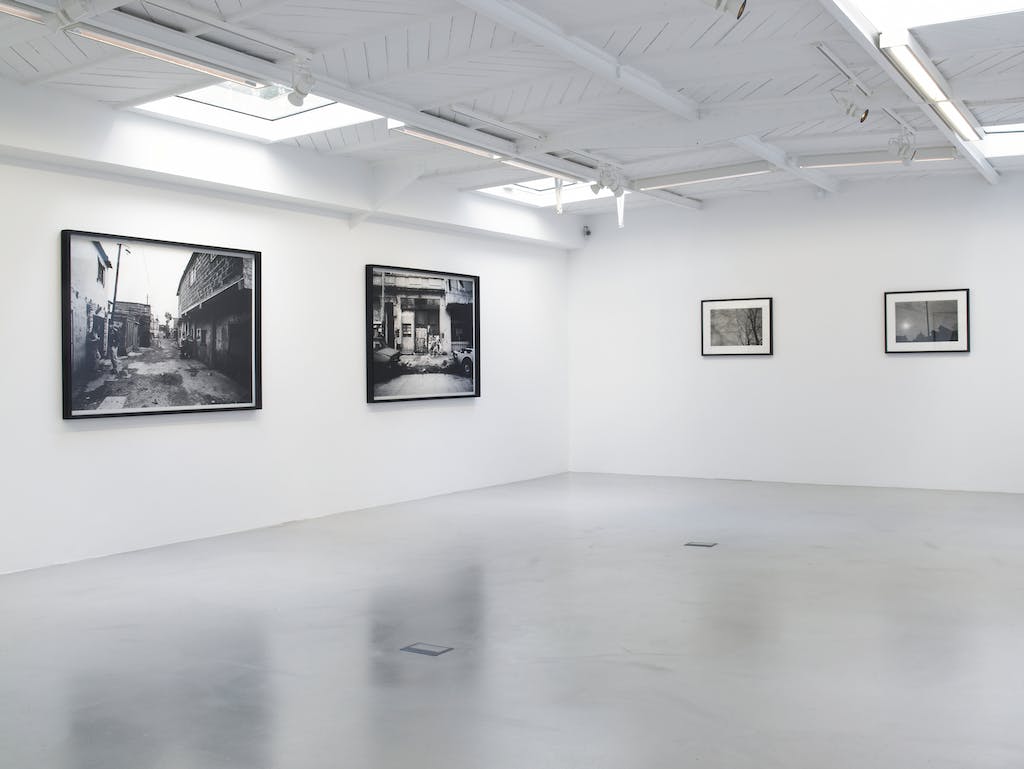 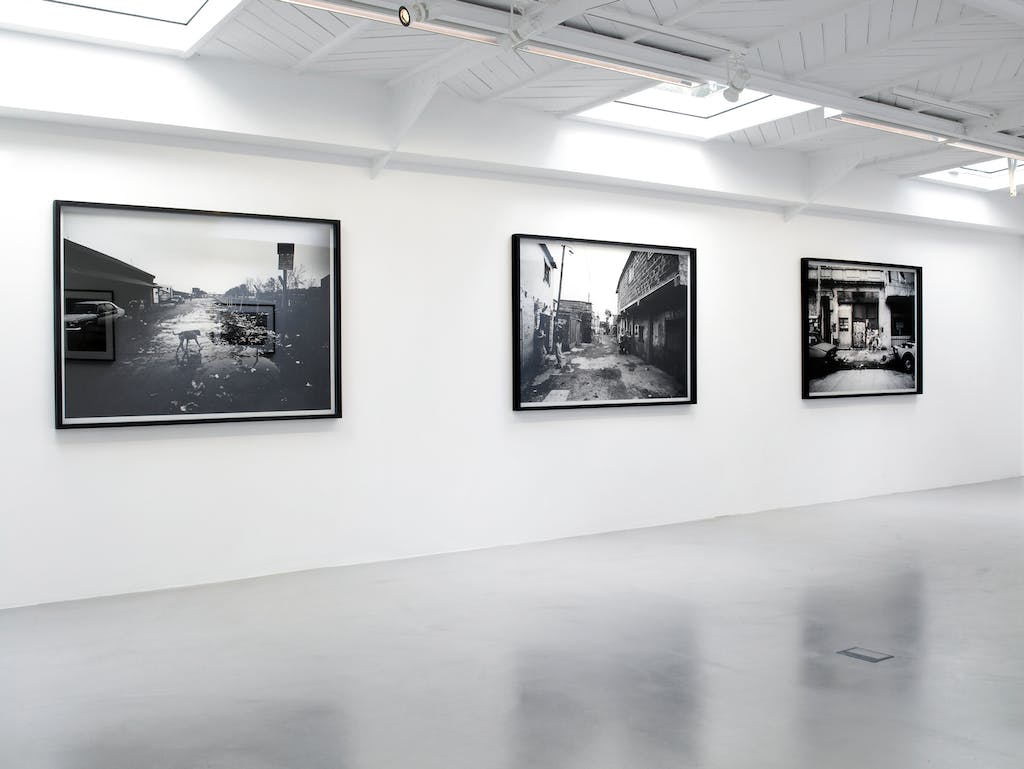 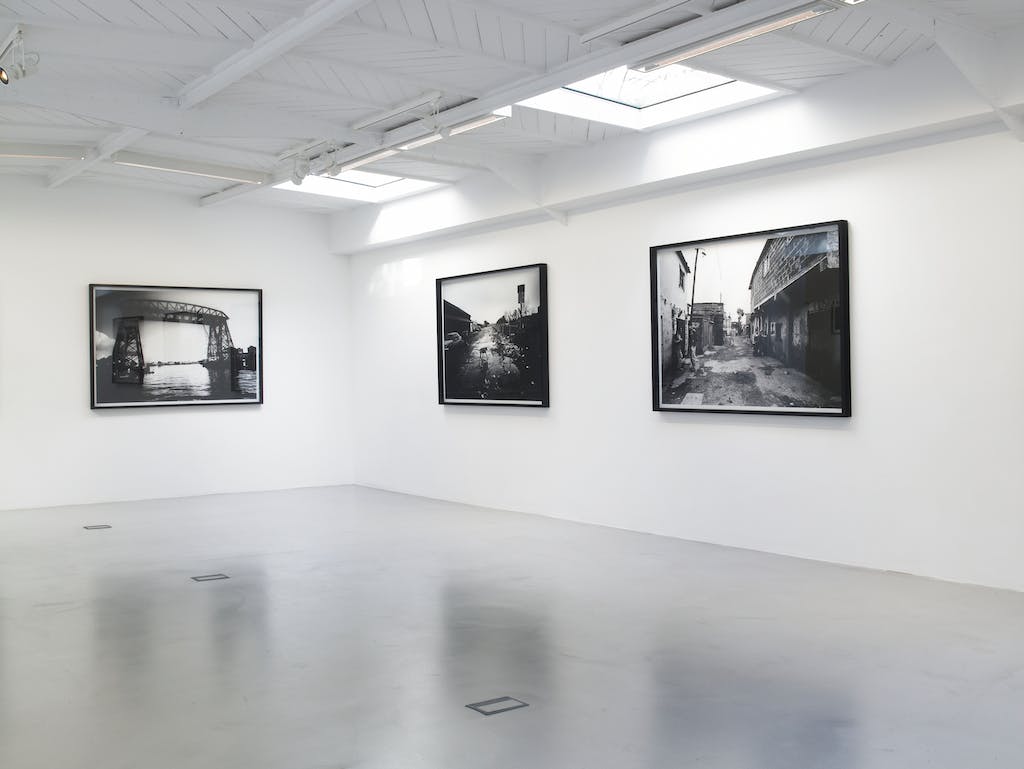 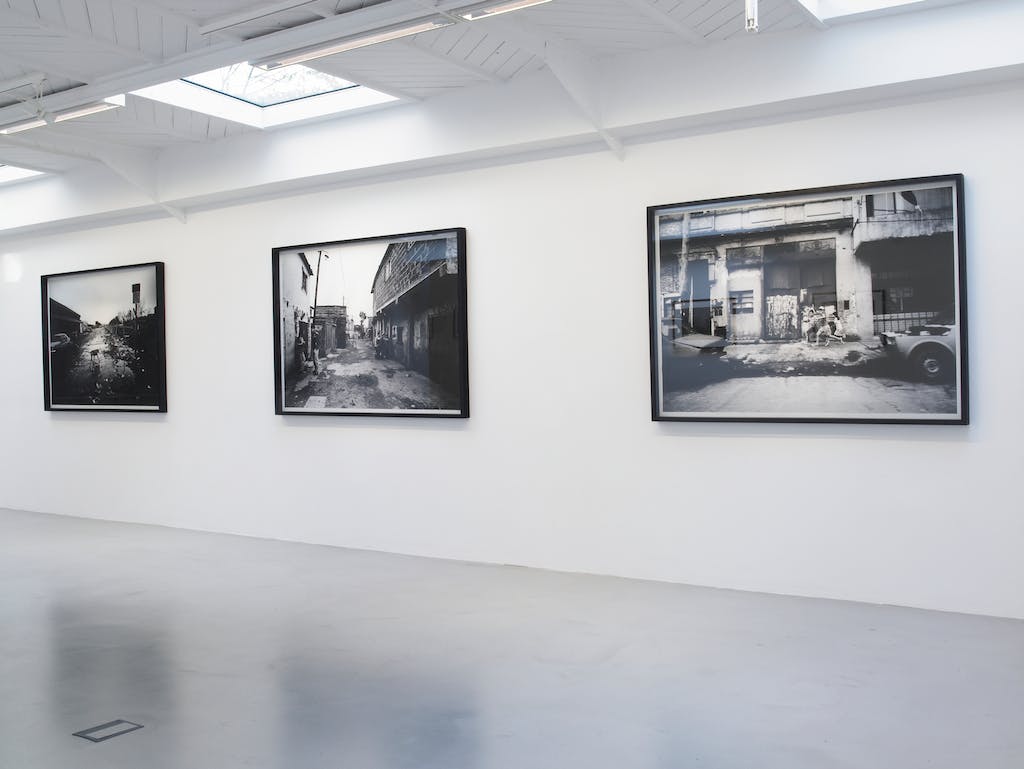