Michel François’ sculpture is rhythm, movement, and breath – his works infuse his materials with the movements of the world. “Ciel Ouvert” [Open Sky], his second solo show at the galerie kamel mennour, puts us in the presence of a fissured landscape where the sky and the asphalt, like contemporary vanities, question earthly existence, its fleeting nature, its conquests, and more.

It begins with the infinite. The sky opens with a sign: a configuration of the Möbius strip, a unilateral band of continuous, unflagging movement. The front is already in the back and the back will soon be in front. So it is with the world, the senses, the real… Nothing is hidden, everything occurs on the surface to be understood, explored, articulated. Michel François’ sculptures venture to this surface of things, where depth opens itself to discovery, forming a new beginning.

Yet disaster looms. A knotted rope, a spinal cord that has been cut. Movement is snuffed out. The infinite comes down to a beginning and to its end: a segment of time. But, like life, death is not definitive. From stupefaction will be born another desire, a new momentum.

Further off, a wall. The smooth surface of plaster, light as a canopy of clouds, is pierced with openings of blue sheet metal. The background passes through the wall, projecting out its collisions and fractures. The creased sheet metal, a damaged material, imposes its fictions on reality – that is, unless it is the realities that penetrate the fiction. This porosity between the real and the imaginary which is so important to Michel François’ work ends, according to a formal logic, in bas-relief. A classic form for a contemporary work, the technique of bas-relief is emblematic of the Belgian artist’s path, which remains committed to a sculptural tradition while continually presenting new and renewed results, as with the volume that pierces through the wall’s flat horizon here.

The creation of tension between materials, spaces, and opposites is a strategy – a game by which Michel François brings life to pulsate its systolic-diastolic rhythm into closures, prejudices, and preconceptions. This vital flow runs through the sculptor’s entire body of work and it is particularly palpable in this exhibition, where heaven and earth interact and come to life through contrast.

A silver-colored grate caps the sky’s depth and barricades infinity with its boundary lines. On the ground, stuck in the asphalt, are peanut shells. Fallen from a truck, they form a random ensemble, a clandestine unity; and yet they glitter on the ground, transforming into an urban constellation that sends bronze signals up to the sky. Escape attempts… And what if the peanuts were to free themselves, to become seeds again, and to reactivate their potential for life? Is that nuts? The future of humanity and of life does lie in the question, though. We hear the words of the poet André du Bouchet resonate: “Put all your weight on the weakest word so that it breaks open and surrenders its sky”…(1)

The grate blocks the sky, and yet it sparkles, streaking the ether with the pulsations of stars that provide human nomads with points of reference as they make vital journeys. The constellations structure space by drawing a network of meaningful forces, and unlike earthbound barriers, stellar boundaries don’t block passage but accompany it. The infinite number of movements, of goings and comings, form a geographical tracery as real as it is invisible, and which is evocative of one of Michel François’ most astonishing works, “Scribble”, a gigantic sculpture of the squiggles that people leave on paper after having tried out pens.

A metaphor for closure, for the border, for the line between inside and outside, the grate is a crucial motif in Michel François’ work. At times it also appears as a breath: on the other side of closure there is the possibility of opening. It is important to remember that the artist spent an entire year leading a workshop with repeat criminal offenders at the TBS clinic De Kijvelanden in the Netherlands. This residence resulted in several major works, including the blueprint of a cell drawn on the floor at full-scale “Expérimentation d’un plan de cellule” [Cell Blueprint Experiment], 1997; as well as “Où je suis vu du ciel” [Where I Am Seen from Above], 1997; “Section TBS”, 2000; and “Plans d’évasion” [Escape Plans], 2009. Does the grate entice visitors to jump high enough to be elevated or does it nail them to the ground with the reflection of its bars? Who knows?

We simply note that sparks set the air to vibrating and make the grate quiver. There is a rhythm to this sparkling, thus there are intervals, and thus multiple egresses. One might think of Sol Lewitt’s modular structures – of a minimal form that allows for an infinite number of compositions, such as “Cubic-Modular Wall Structure, Black”, 1966, from the MoMA collection.

“I am interested in the future of things. I make them appear in a moment of instability where they can change, become disrupted […] It is a very momentary attempt to organize chaos, to recycle a precarious instant,” explains Michel François (2). In fact, his preferred material is instability. Otherwise stated, that which isn’t petrified or fetishized, but which remains on the threshold – fragile, unbalanced, ready for new movement – ready to pass through the opening, the primordial fissure, matrix of all beats: the origin of the world. 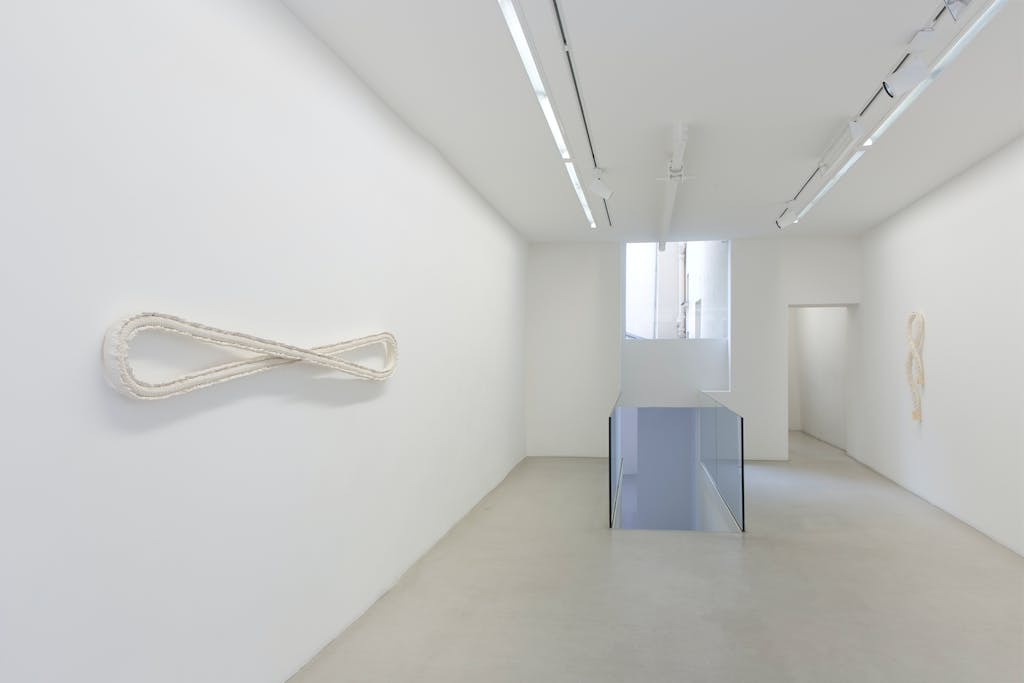 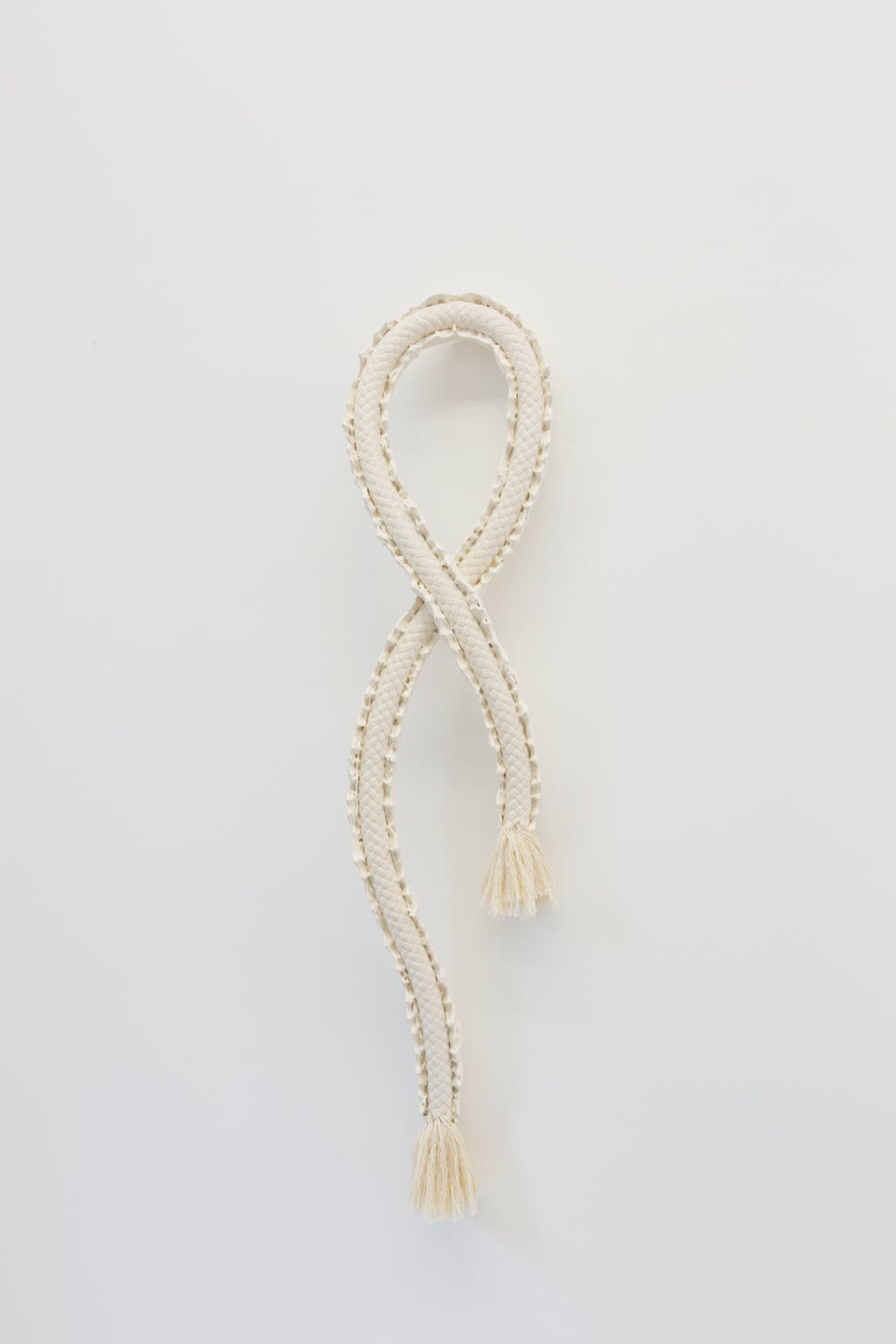 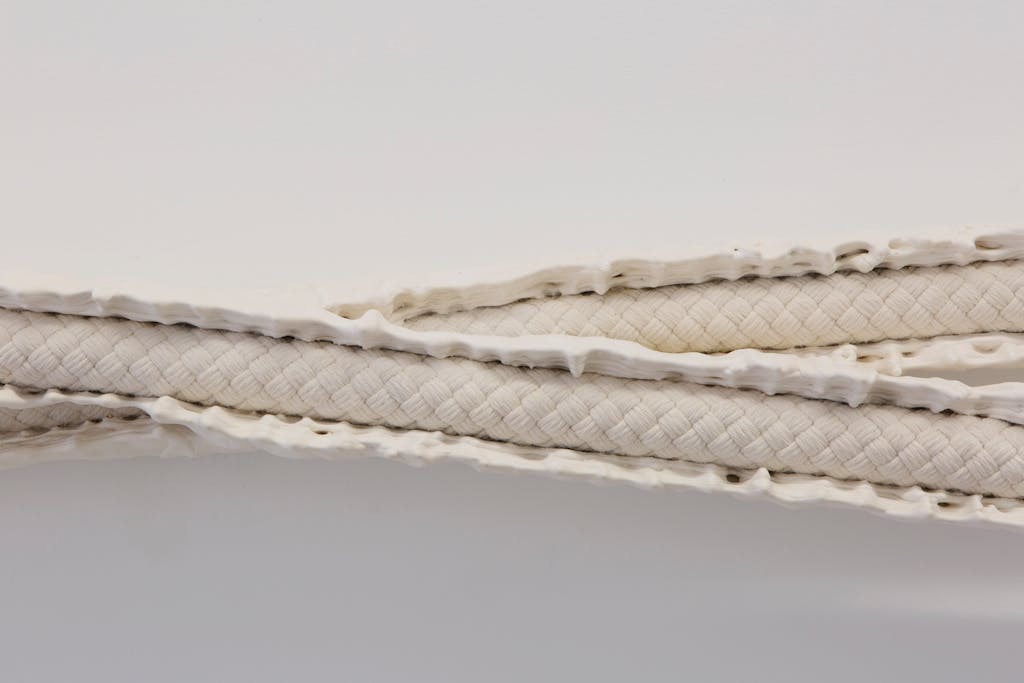 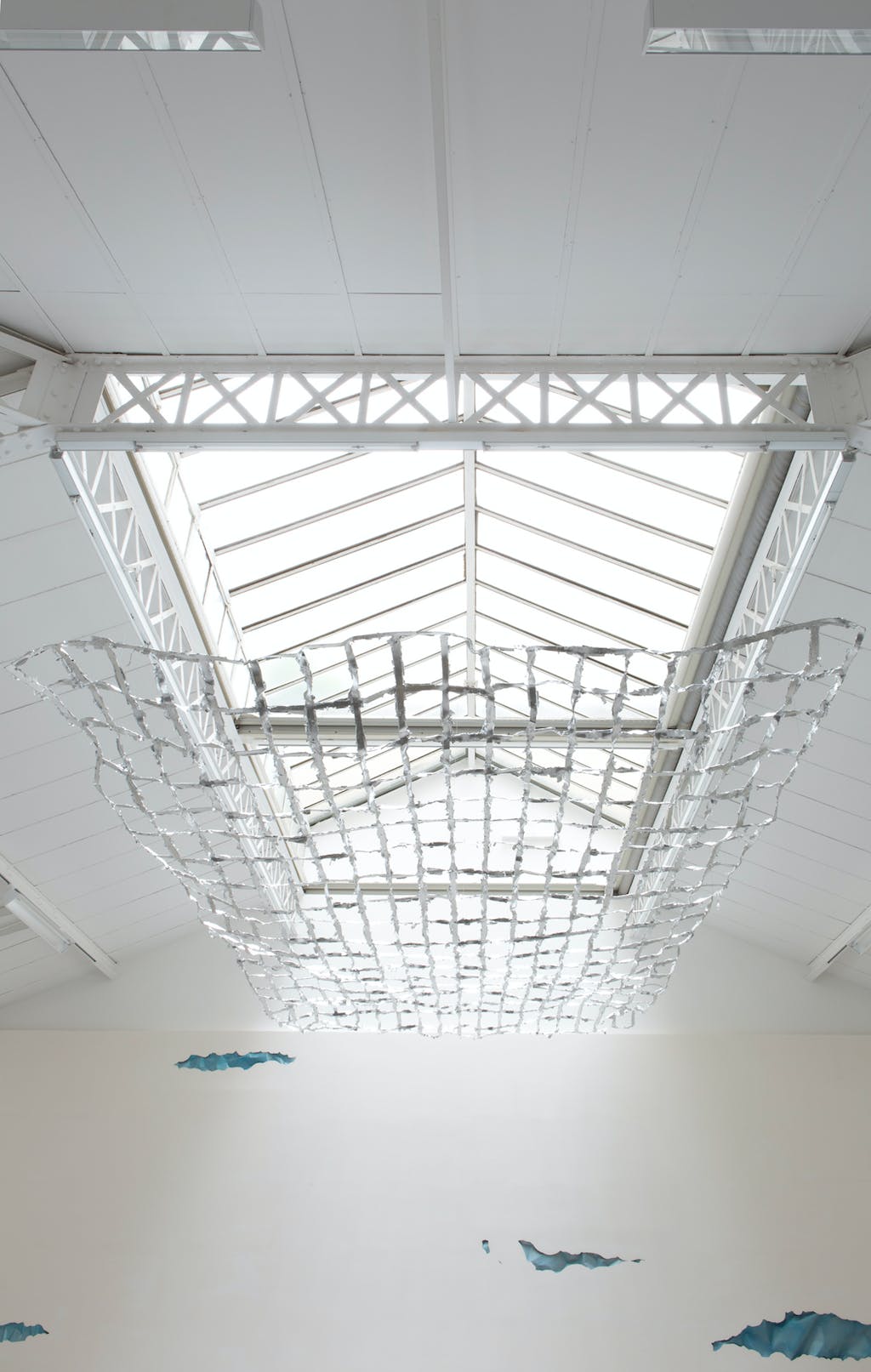 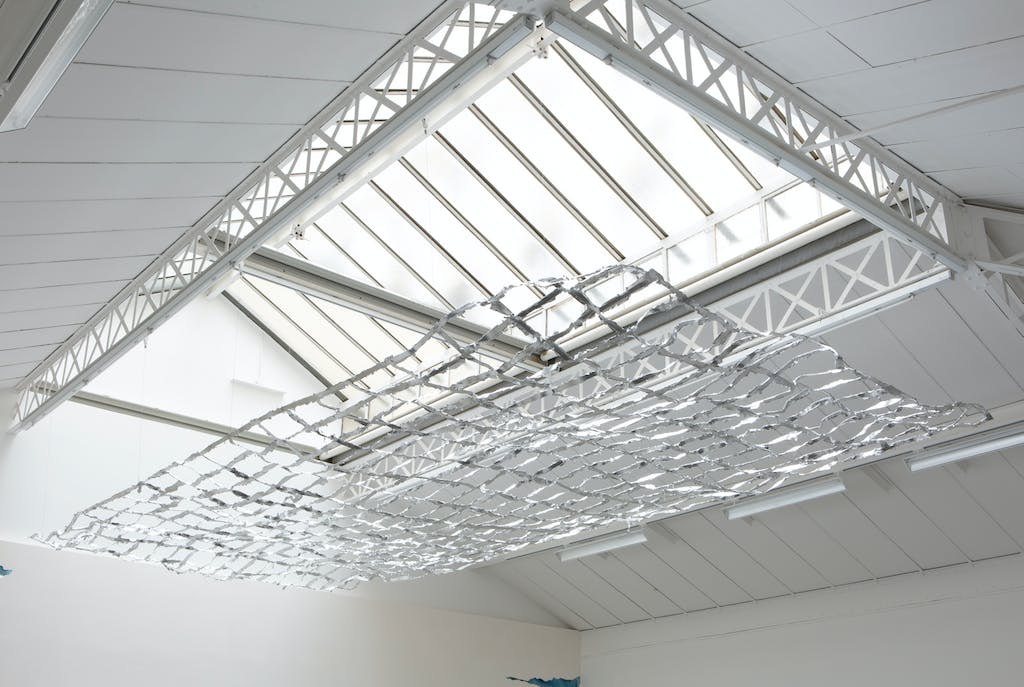 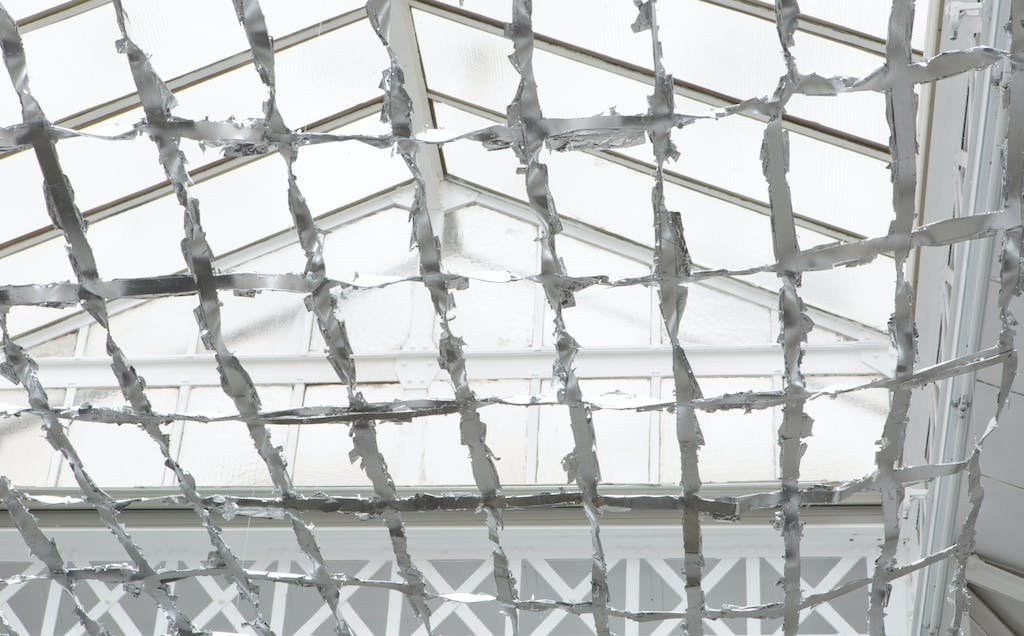 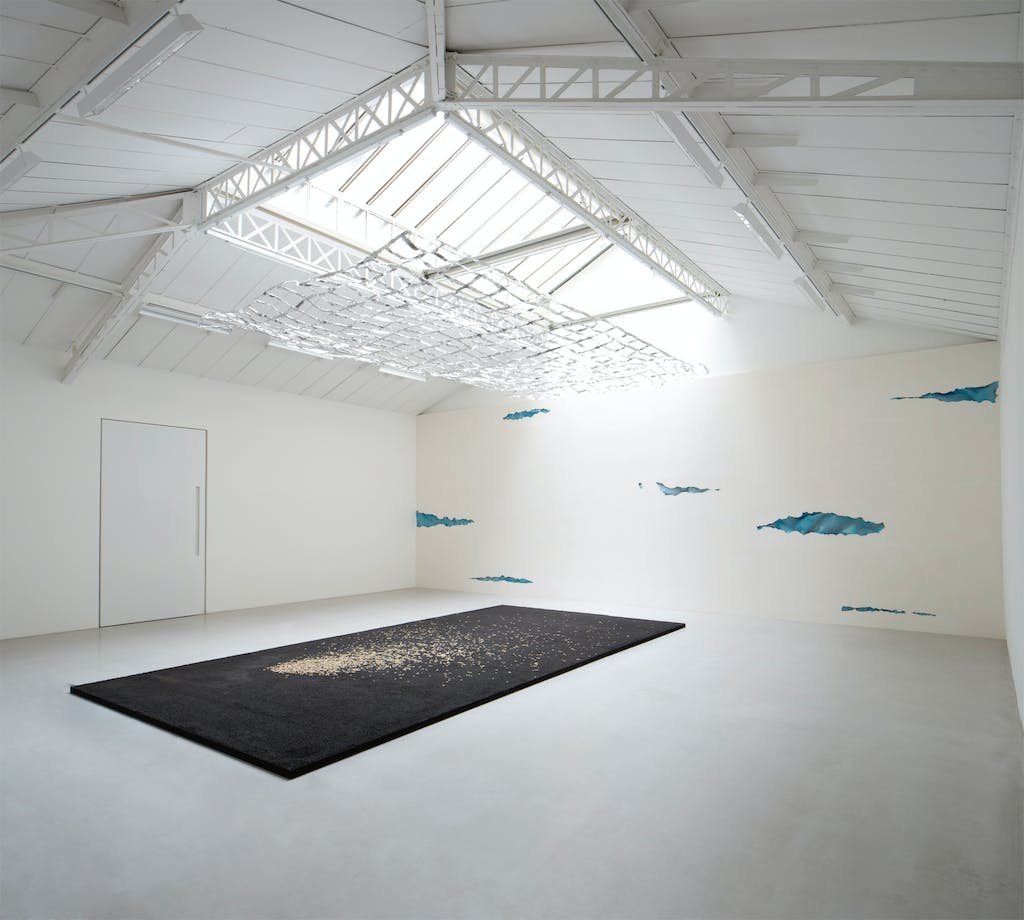 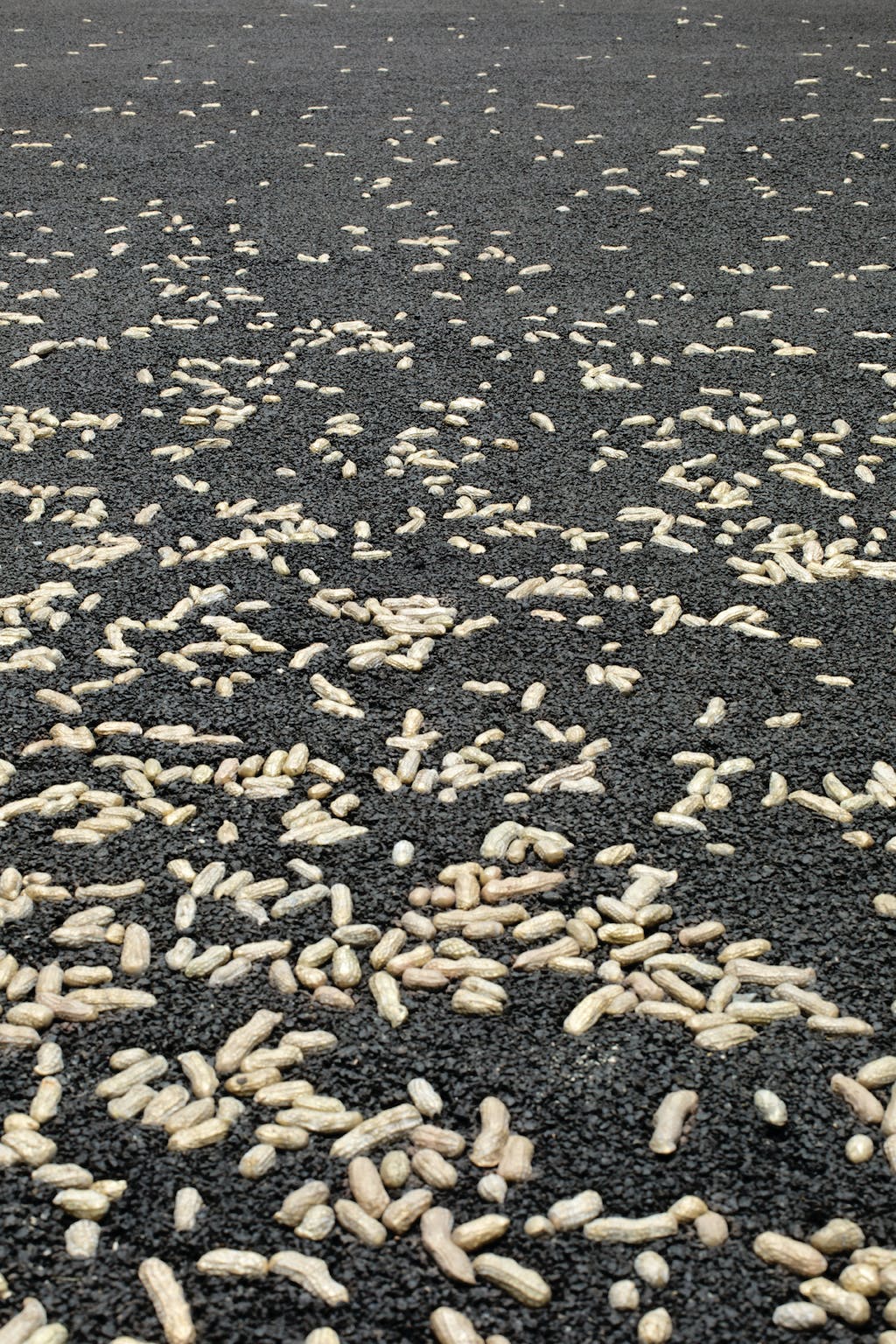 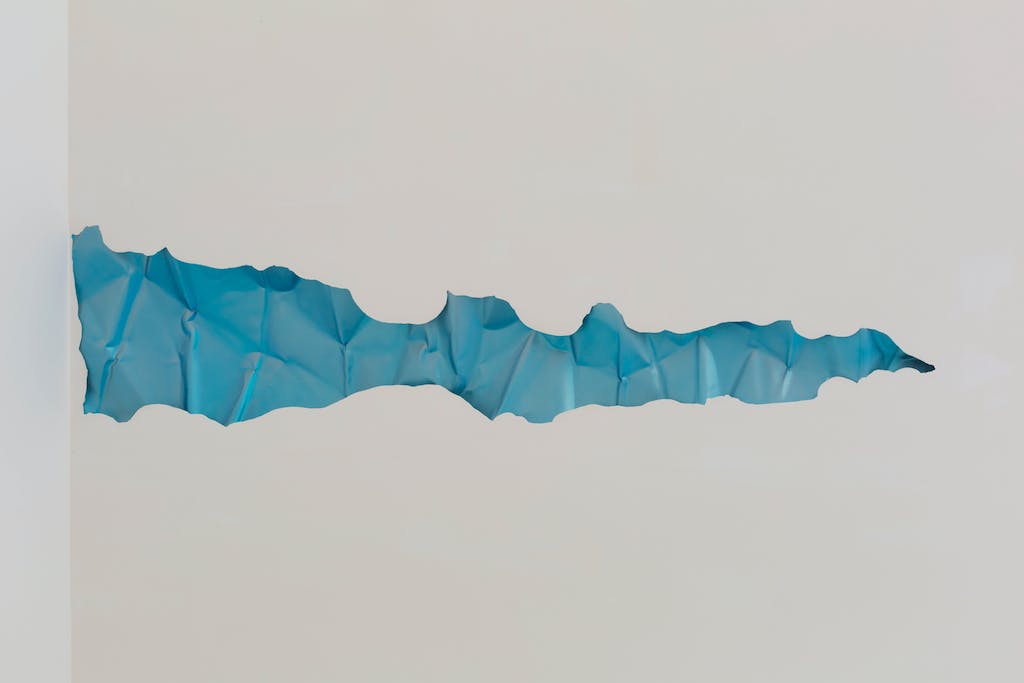