François Morellet’s relationship with the work of Kazimir Malévitch, while thoroughly ambiguous, is nevertheless squarely explicit at the same time.
One immediately thinks of F.M.’s two large ‘intégrations’ [site-specific
installations] in public spaces, Le Fantôme de Malévitch, on the façade of the Musée des Beaux-arts in Chambéry, from 1982, and Le Naufrage de
Malévitch, by the edge of the lake at the Domaine de Kerguéhennec,from 1987. More than anything else, what these two artists essentially have in common is the square. F.M. cites this “(forced) love match that has
forever joined the conformist quadrilateral with transcendental leanings
to a non-believing artist with frivolous leanings”. For if F.M. has,since
1952, opted for square-shaped canvasses, it is more in the context of his
“inexorable and systematic search that can be summed up as: “How to do as little as possible with it”, than through love for this “emblem of the
Absolute”, which K.M.’s famous Black Square of 1915 constitutes.
Carrément attempts to put this paradox into perspective, through a selection of works by the two artists that in a single stroke relativises the difference in their points of view. In 1915, Malévitch’s ‘alogical’ (also called his transrational/zaum) period ended and his ‘Suprematist’ period began. The humorous nature of his alogical works is obvious. They express a caustic humour in the spirit of Gogol. One such example is the handdrawn square in which he writes, “Boulevard brawl”, which has echoes of the famous “Negro fight in a tunnel, during the night”, by Alphonse Allais, one of François Morellet’s major influences.
F.M. likes to underline that Strzeminski considered K.M.’s squares to be
‘portraits’. “Let us first of all remind ourselves that his satirical portraits of the quadrilateral occupy only a brief period, itself preceded and followed by normal paintings. What humour, what ferocity in these mutilated squares!” F.M. has, of course, observed (and even verified) that K.M.’s squares are not square. The Black Quadrilateral (circa 1915), shown in this exhibition, confirms this fact. It is with this same sweet irony that Morellet highlights Mondrian’s ‘malice’, “utterly denaturing square paintings by transforming them into grotesque lozenges”. It is thus entirely logical that Morellet belongs “to this prestigious lineage of enemies of the square”. For if Morellet’s squares, unlike those of Malévitch, are absolutely square, it nonetheless remains the case that they are never presented in a sacral position, but always subject to the vagaries of the (more often than not lopsided) context of the exhibition (3 squares: the 1st inclined at 90°, the 2nd at 75°, and the 3rd at 60°, their upper edges aligned).
François Morellet’s ‘Sous-prématismes’ series makes explicit reference to
the Russian artist’s three emblematic works of 1915 (the cross, the circle, and the square). Simply by adjusting their contours, white neon tubes reinforce the spectral character of the geometric figures, these ‘icons’ of modernity.
Morellet’s approach allows us, perhaps, to consider Malévitch’s works in a less absolutist, even a less religious way than is generally accepted. (Did K.M. not write Laziness – the real truth of mankind?). By the same token,do Morellet’s works not seem to us less ‘frivolous’ than he himself would have us believe? 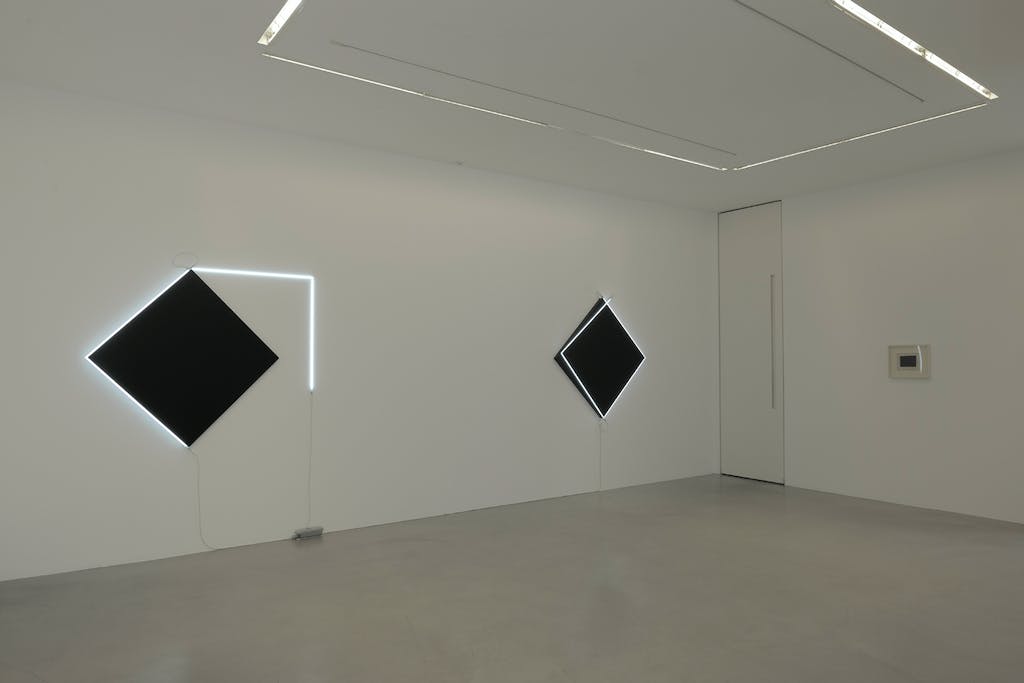 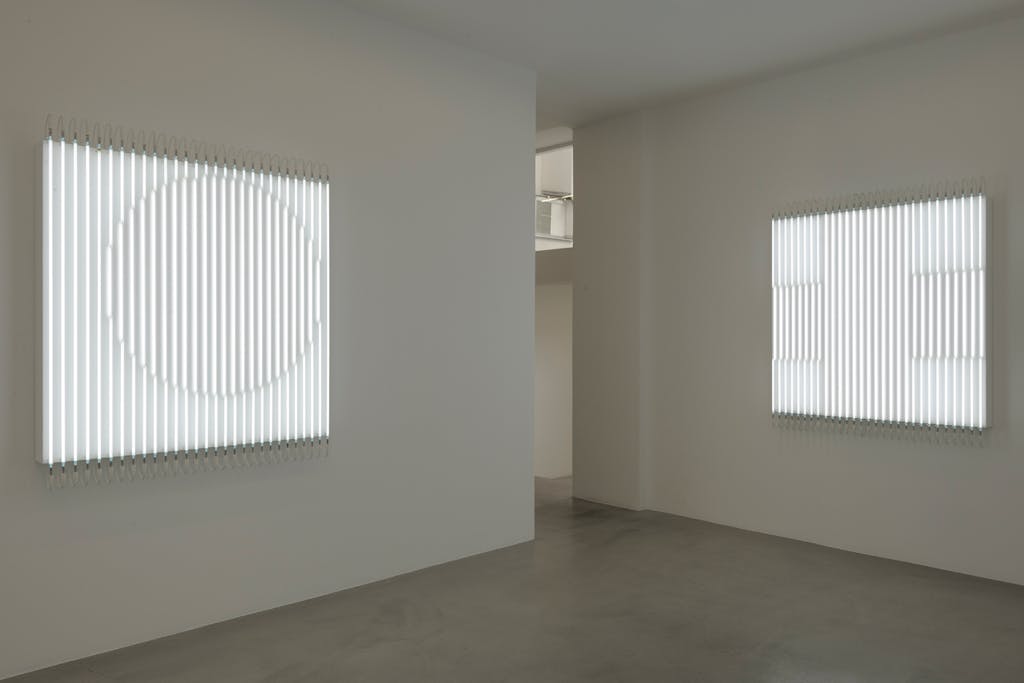 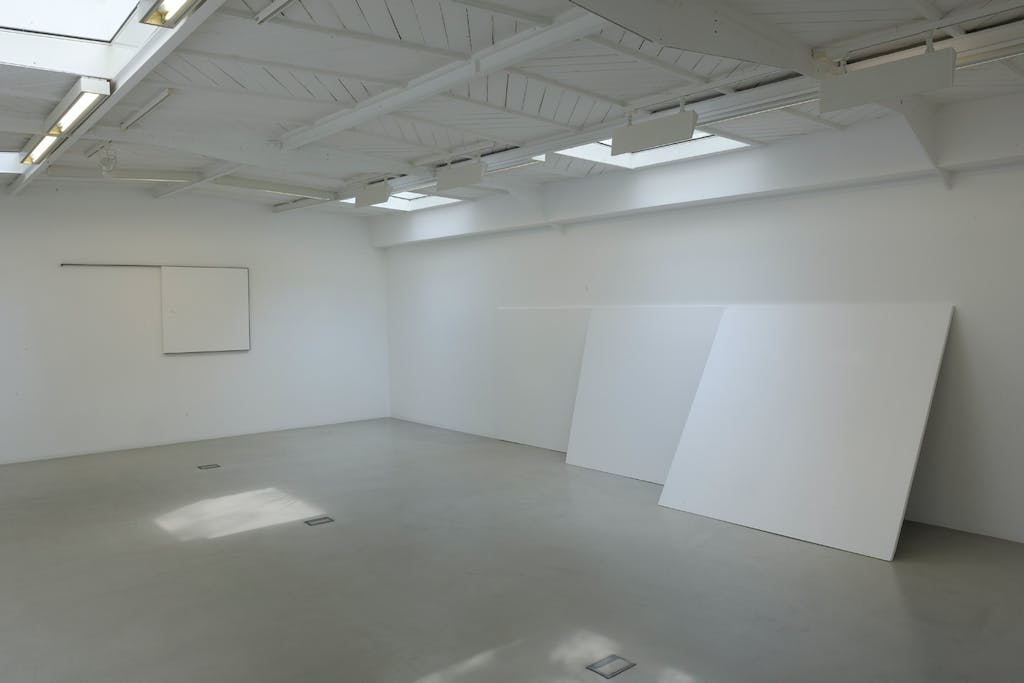