After having juxtaposed his works with drawings by Kazimir Malevitch in 2011, François Morellet returns to occupy both of the galerie kamel mennour’s spaces in the spring of 2014.
Devilishly mischievous, the exhibition’s title, “François Morellet, c’est n’importe quoi ? [Does It Make Any Sense?]”, questions us and alerts us to the touch of mischief that animates the artist’s now well-known minimalist vocabulary of white monochromes, black lines, and neon lights all arranged under the auspices of mathematics. This neatly ordered world is actually subject to a generalized tremor of sorts, a kind of earthquake of saving grace.
In the series Triptyque (2014) and Carrément bricolé [Completely Cobbled Together] (2013), the diverse elements of the work give the impression of being broken apart by vibrations. This is the case, too, in La Débâcle [The Debacle] (2013), where a large black line divides the painting like a Newmanian zip, almost recalling the sharp edges of Caspar David Friedrich’s The Sea of Ice. As for the concentric circles of Cruibes (2013-14), they might be the materialization of this shockwave that turns the exhibition upsidedown and extends far beyond the Rue Saint André des Arts.
Indeed, at the Rue du Pont de Lodi, we step out onto a wooden footbridge specially designed by Japanese artist Tadashi Kawamata. This jetty allows us to venture out over an ocean of neon lights whose blinking creates a luminous swell. The undulations of light created by this work, initially designed in 2001 for the Zentrum für Internationale Lichtkunst in Unna (Germany), bring the space to reel and sway in a vibrant tribute to Piet
Mondrian’s series of paintings entitled Pier and Ocean (1915).
Finally, an exceptional collection of works from 1949 will be on display at the space on Rue Saint-André des Arts. Inspired by tribal art, and more specifically by aboriginal art, they were initially shown in 1950 at the Gallery Raymond Creuze, in Paris. Shedding light on its origins, these pieces allow us to appreciate the growth and the eternal, vibrating youth of François Morellet’s work. 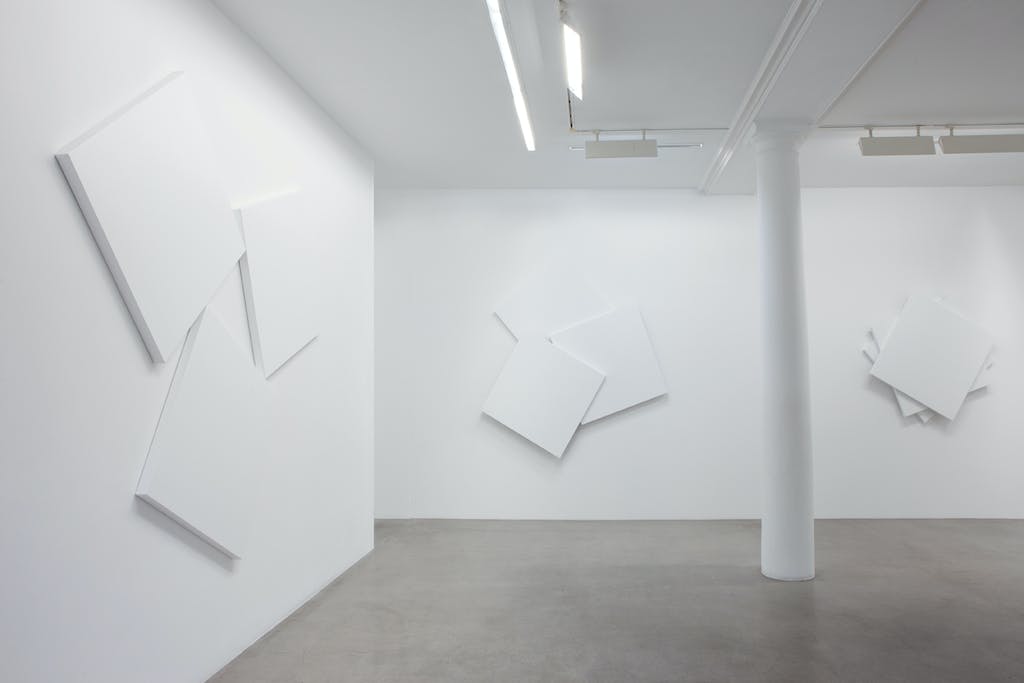 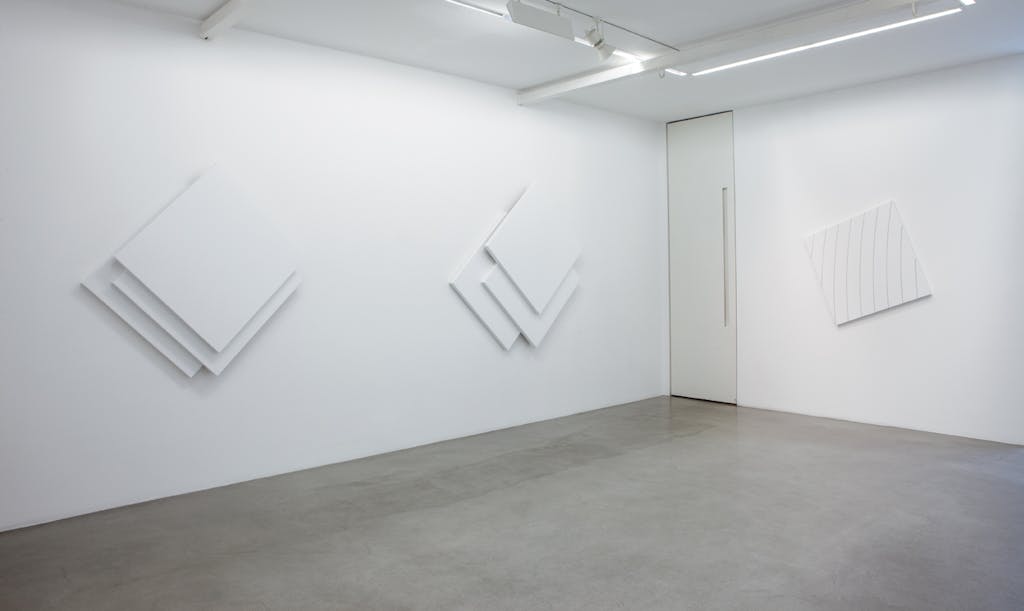 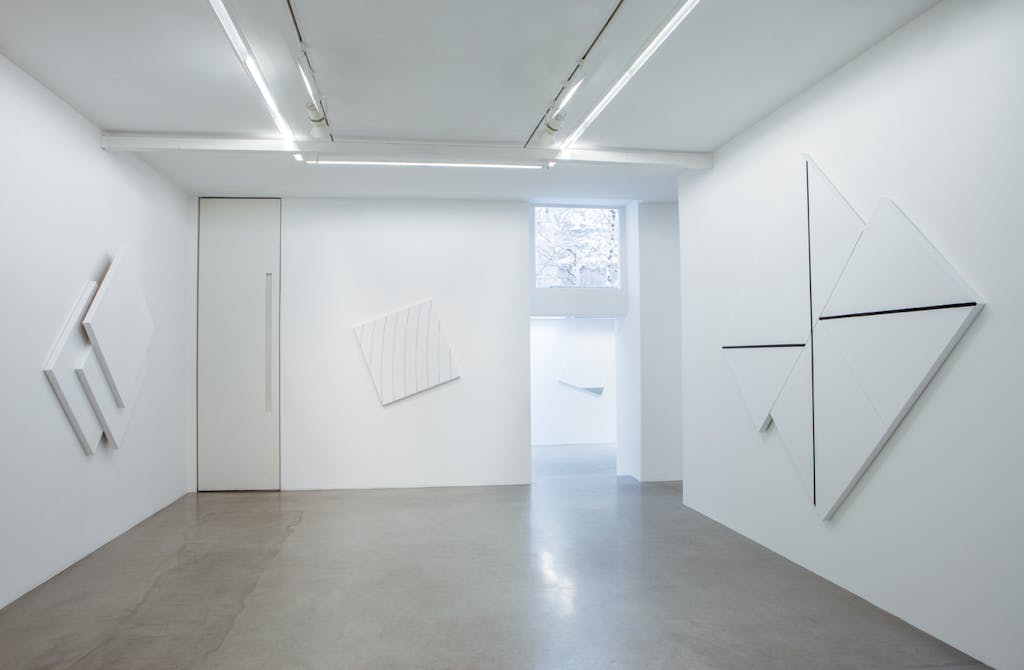 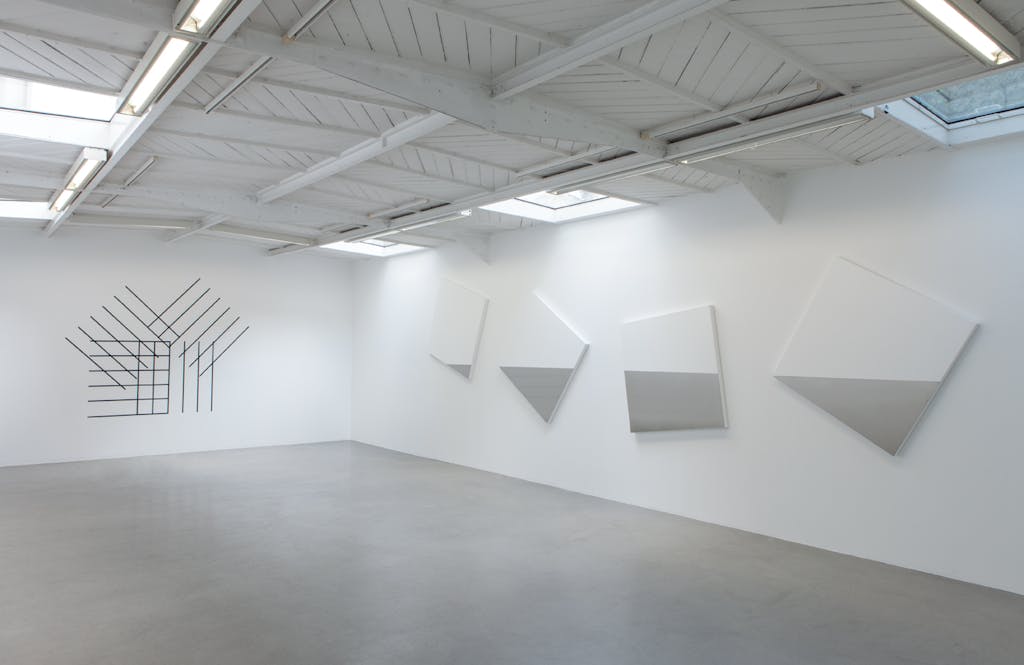 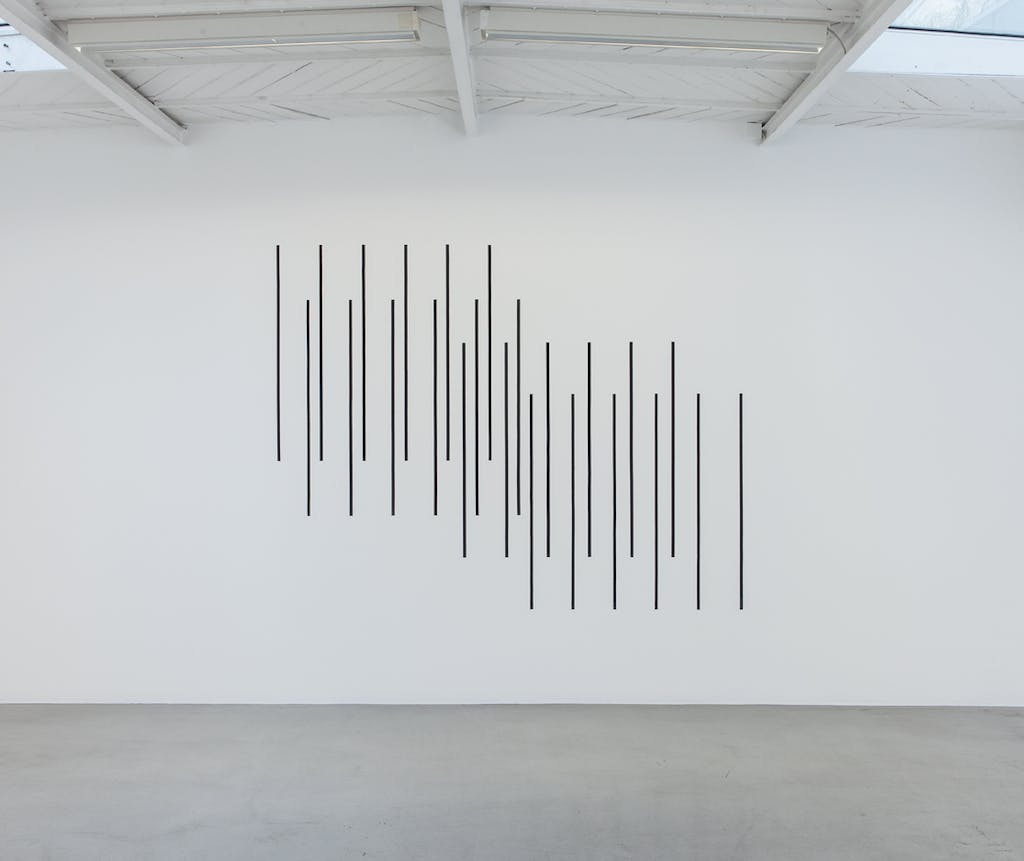 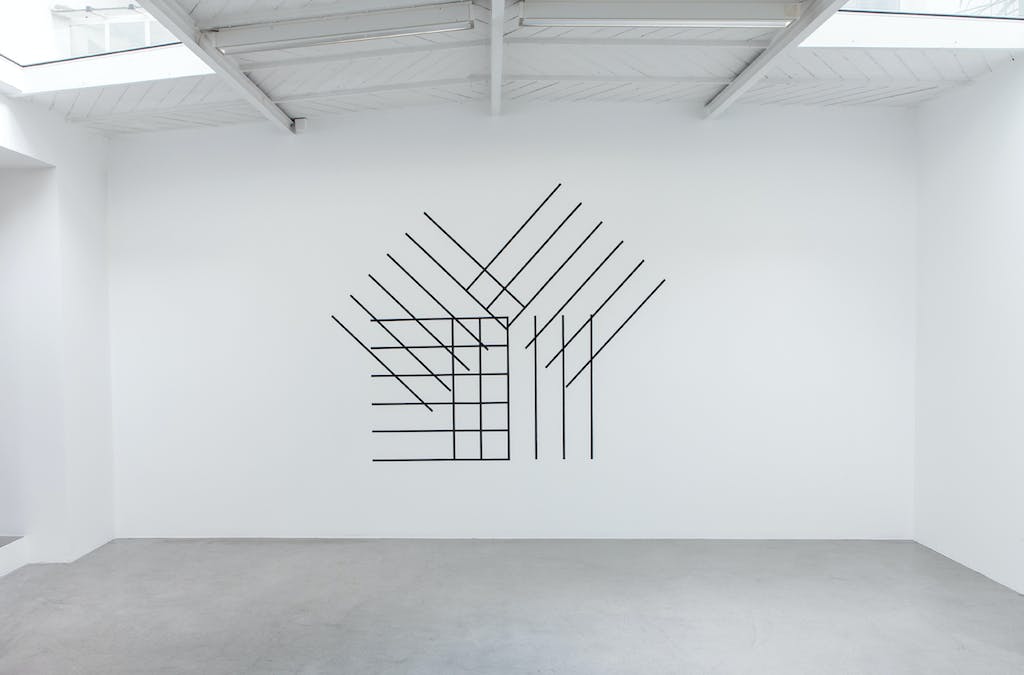 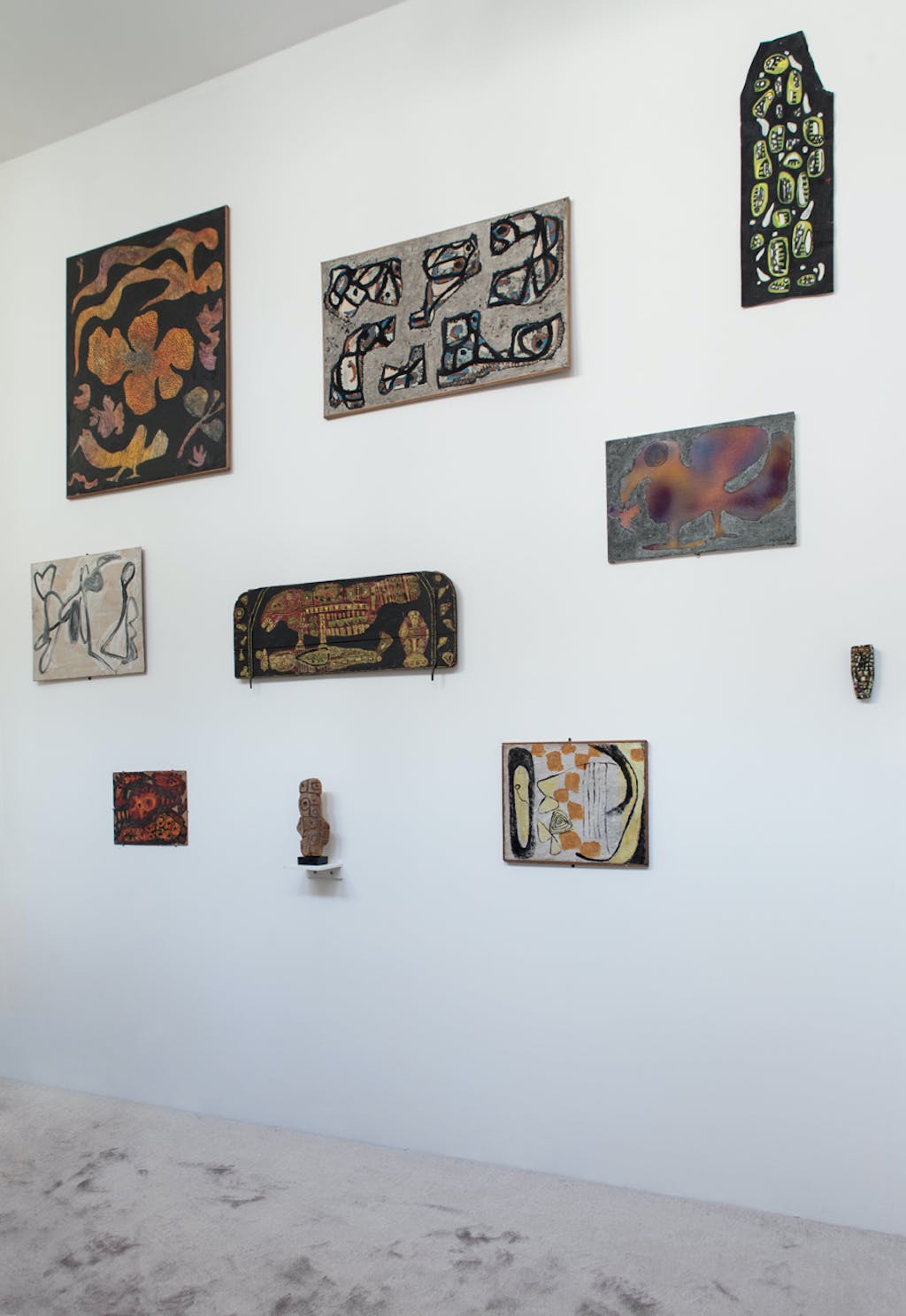 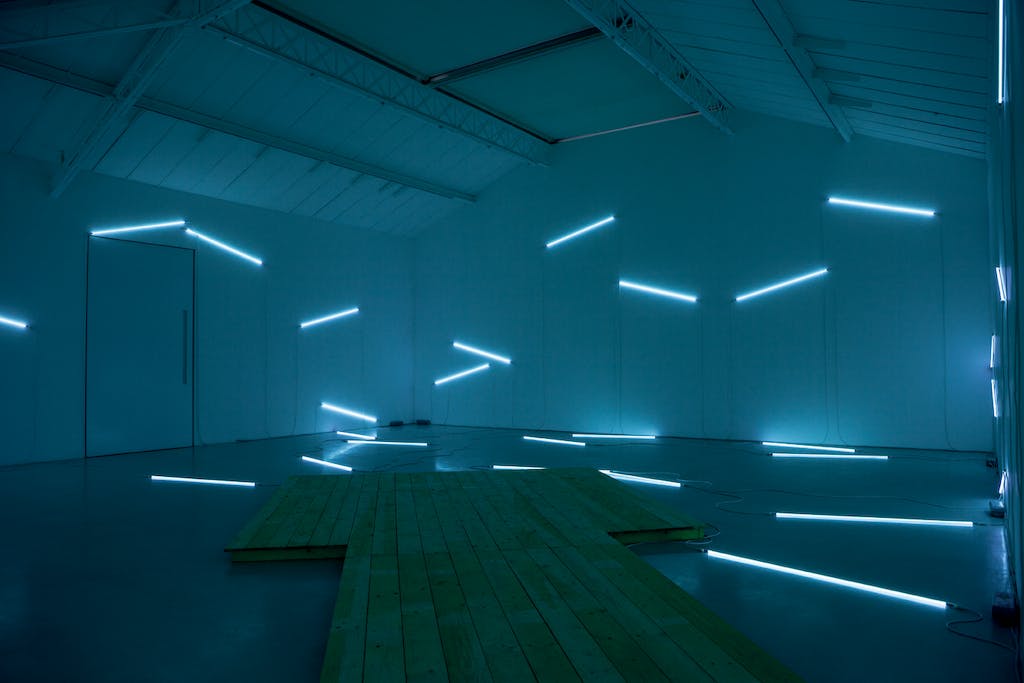 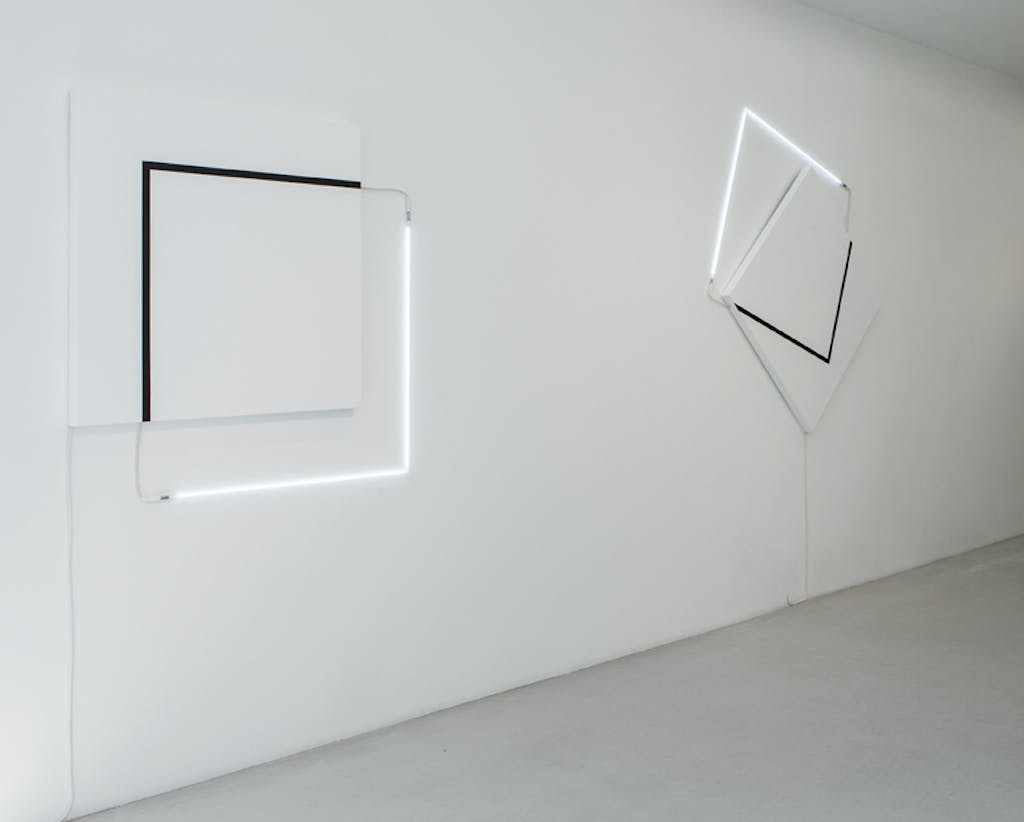 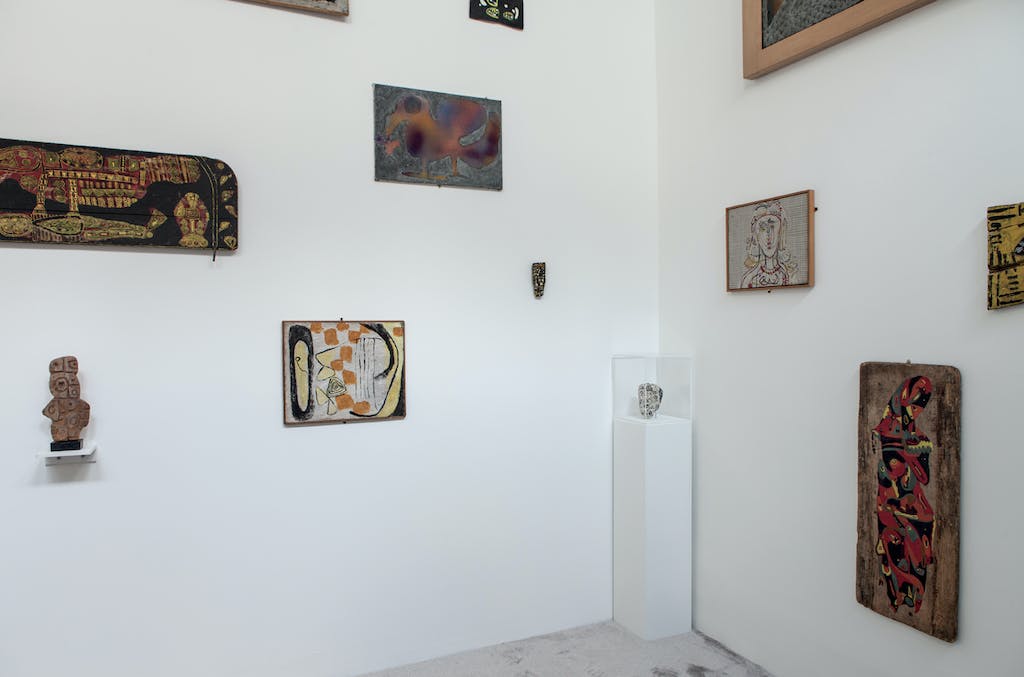 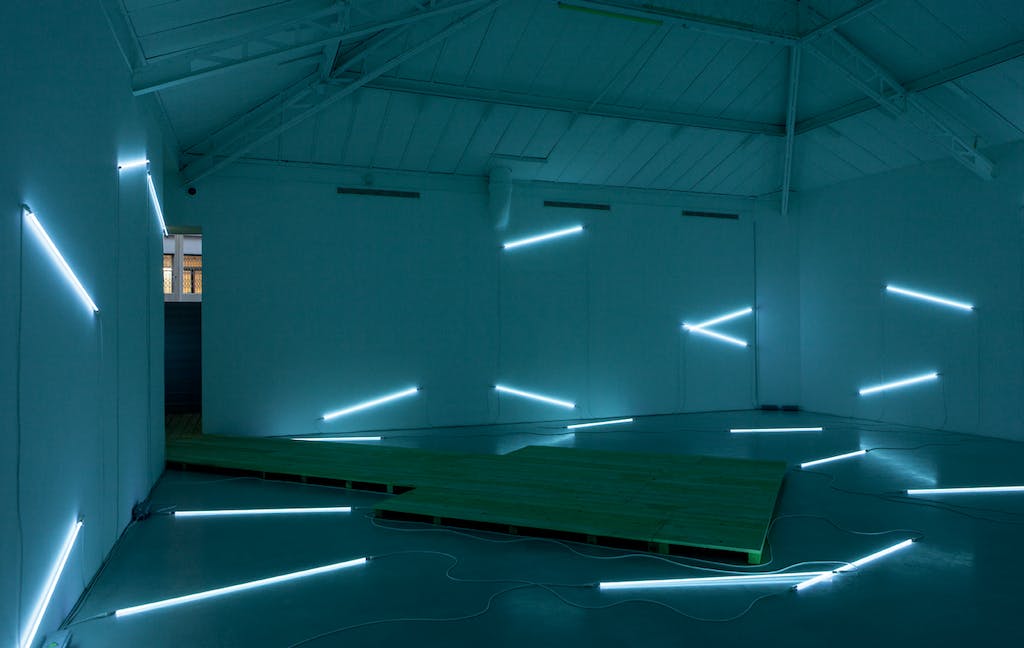