Kamel Mennour is pleased to present for the first time in France, Judith and Holofernes, an exceptional painting by Caravaggio—discovered in an attic in Toulouse in 2014 and authenticated in 2016 by the expert in Old Masters Éric Turquin—together with Daniel Buren’s site-specific work, Pyramidal, haut-relief – A5, travail situé.
Before being placed on auction on the 27th of June under the direction of Marc Labarbe, this classic masterpiece by the uncontested master of Italian Baroque—a tumultuous genius born in Milan in 1571, who died in Porto Ercole in 1610, responsible for only sixty five known works at the moment of the discovery—will be in hypnotic and completely unprecedented dialogue with the resolutely contemporary work of the French artist (born in 1938 in Boulogne-Billancourt). This striking face-to-face, majestically lit by light designer Madjid Hakimi, will be present in the space at 6 rue du Pont de Lodi. 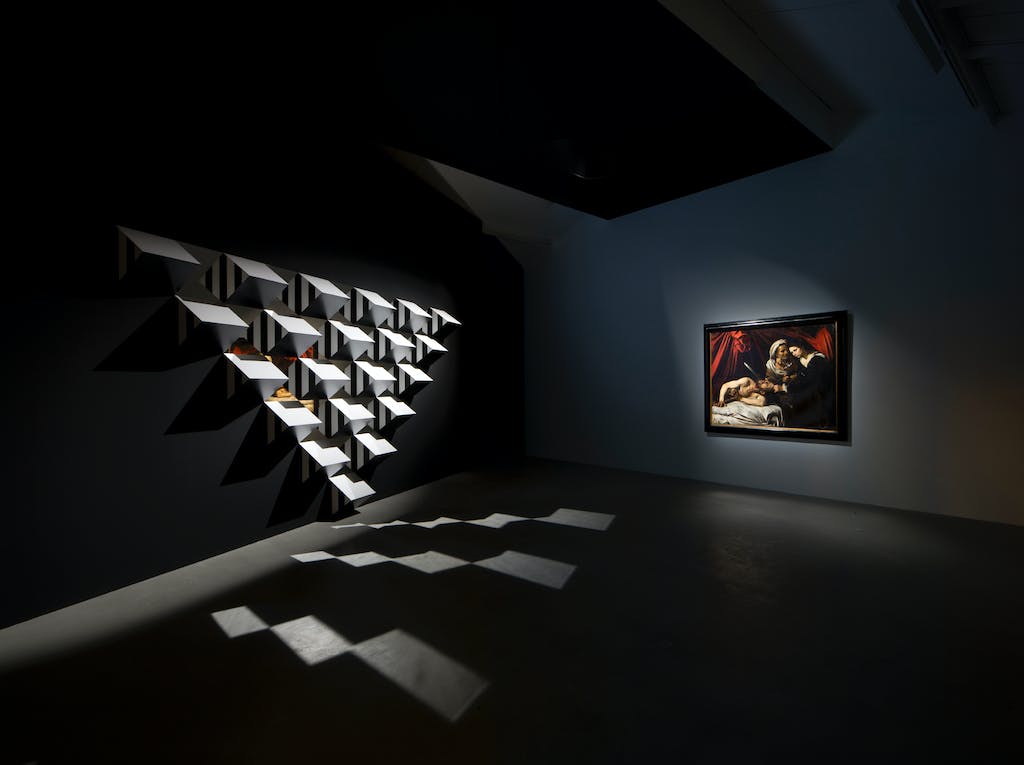 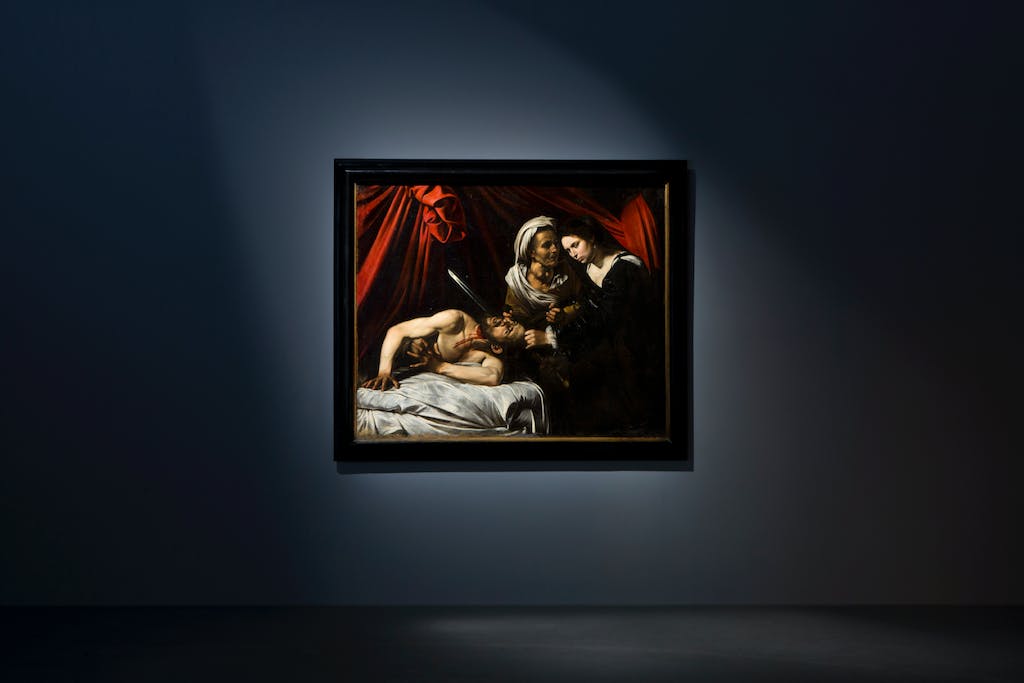 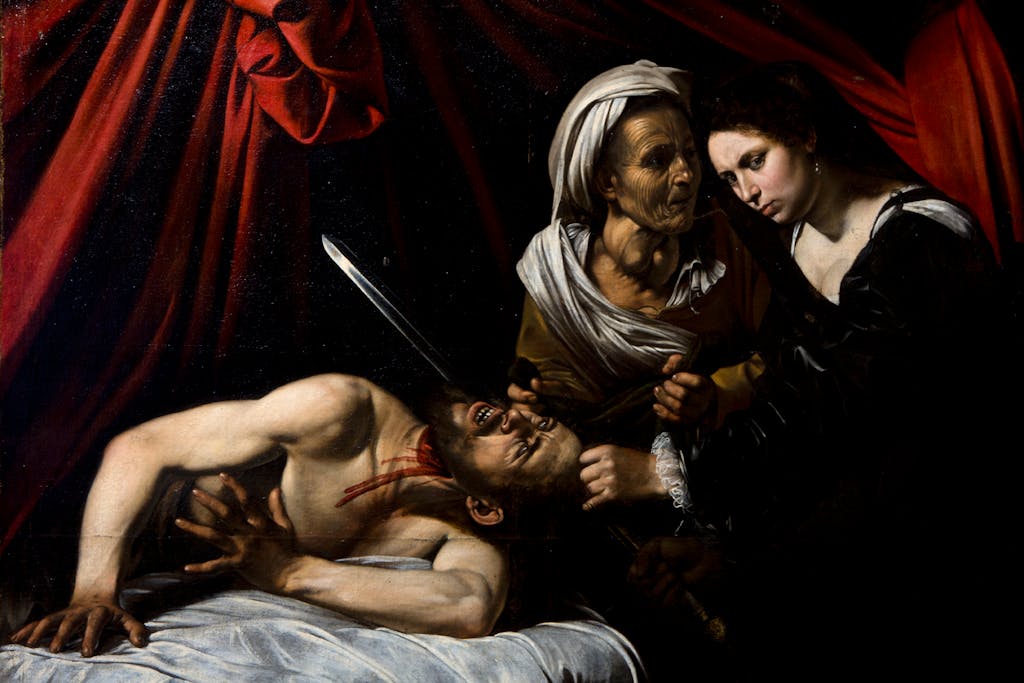 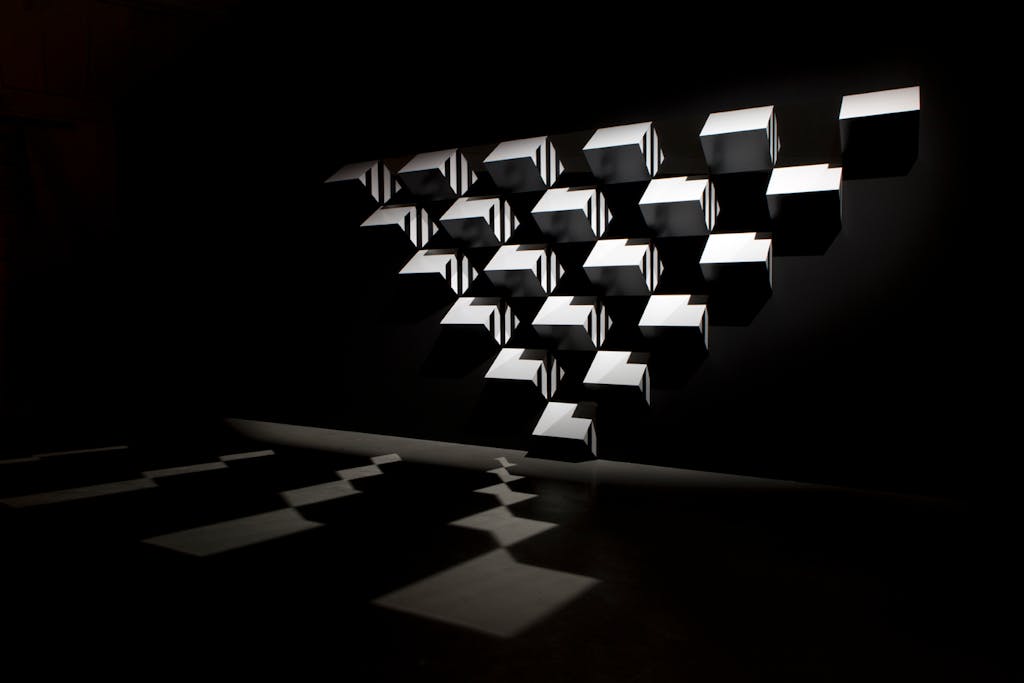 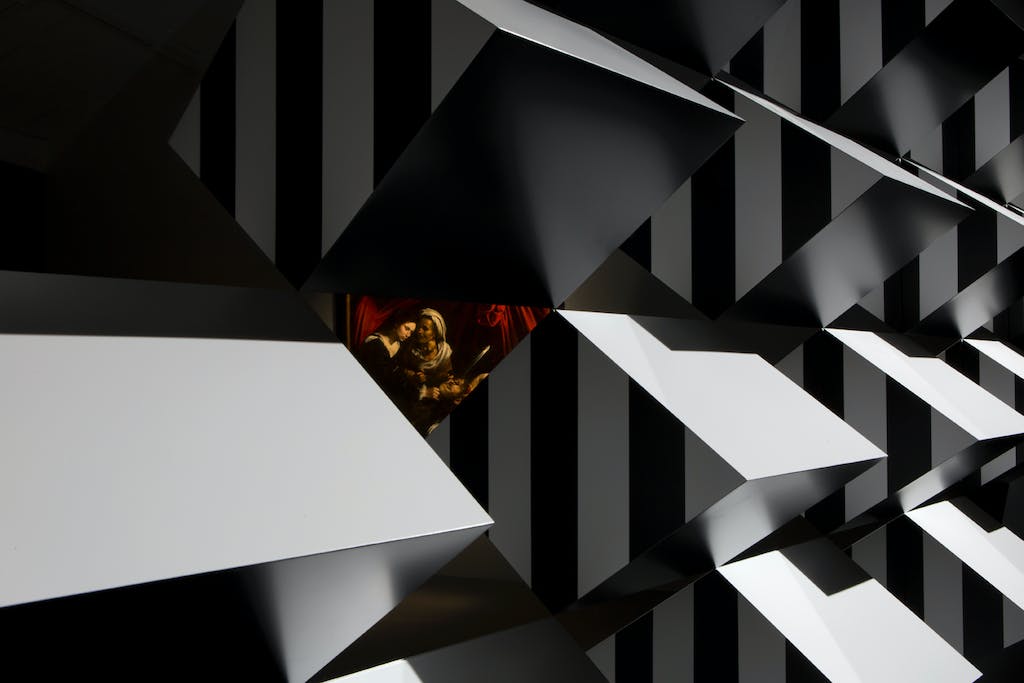 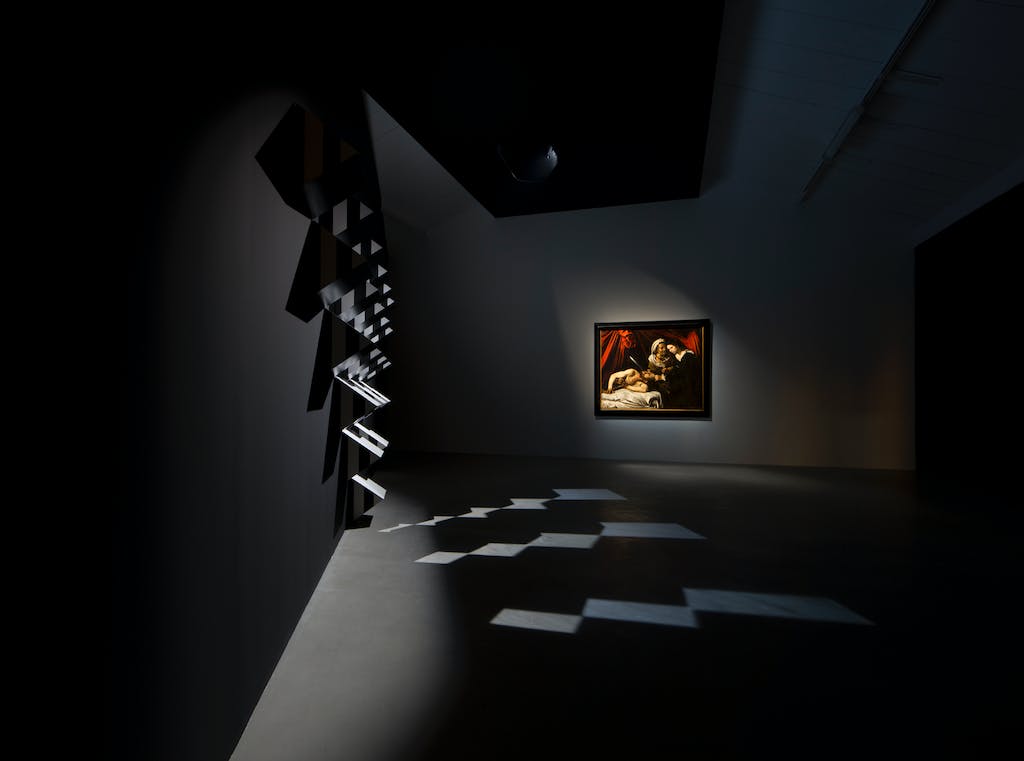