Bertrand Lavier is an ‘augmenter’, to borrow the term from Raymond Hains, who borrowed it from Roger Caillois. Since 1980, when he first covered a portable radio in paint so as to imitate the object itself (Solid State), Bertrand Lavier has been representing all kinds of objects by painting directly onto them. This extreme squeezing together of the model and its representation makes it impossible to distinguish the one from the other. At once the same and another, aesthetic illusion only exists at a proper distance.
For his new “chantier” [worksite], to be premiered at the galerie kamel men-nour, Bertrand Lavier has reevaluated this distance and ‘entered into his Fauvist period’. He has created a new interface in which painting has been freed from its function in imitating the object, has asserted itself, and partially loosened its ties with reality. The effect is vertiginous, because these new painted objects take in all the modern movements that have constituted them until now and at the same time escape them. Here we are indeed dealing with a Lavier: a Lavier on a Lavier, a Lavier in his Fauvist period. If the eight-eenth-century blue dresser of his piece Camondo caused some surprise when it was shown in 2015, the paint that Lavier used was nonetheless homochromatic, redoubling the ‘Martin varnish’ of the time. This time the act of covering over is different. With his famous ‘Van Gough touch’, the artist, with a certain amusement, has covered the objects, photographs, and paintings that have made his name with bold new colours, indicating the primary col-our of the object, staging a dischromism, a total transvaluation of the act of painting.
Extending Duchamp’s notion that a painter ‘really makes a ready-made when he paints with a manufactured object called colours’,1 Bertrand Lavier has taken up the object again in such a way that it has become a sort of score for painting. But whereas he has followed its lines, he has entirely modified its colours. Putting the illusionist of these creations to one side, he now acts with the most total freedom and with a lot of amusement in applying the brightest colours. The new colour is not, however, the negative of the original. There are no rules: ‘one thing follows another, and then after that, what happens happens.’
His choice of objects is also troubling. Lavier gives us an ultra-coloured, al-most Pop collection that basically resembles an anthology of his past work. Bertrand Lavier reinterpreted, repainted by Lavier. The collection includes his painted piano, his cibachromes, his cultural- and tourist-site road signs… Apart from all having been interpreted by this artist before, what these ob-jects also have in common is that they are constituted by identifiable, coded, even regulated colours. In this way, the village of Vezelay becomes pictur-esque once more, abandoning the monochrome maroon legislated by Jean Widmer for its roadside signs so as to be decked out in shimmering colours chosen by Bertrand Lavier. The black and white keys of the Erard piano have become red and pink. The fire extinguisher is green.
These chromatic tensions and effects of slippage produce a shock in the viewer come to contemplate these icons of Bertrand Lavier’s work, which he has now submitted to a new, colourful scrambling. The colours are arbitrary, they no longer obey the chromatic circle, or the colours of reality, they have almost lost their names. Indeed, the vertigo one feels in the exhibition becomes all the more acute with the neon lights in the last room. Technically, a neon light only emits one colour. But Betrand Lavier has played with the Stroop effect to create a new interference. Two colours appear: one in the form of light, and another, different, which is named.
This feeling of vertigo, which Bleu, jaune, vert [Blue, yellow, green] creates, was explained by the psychologist John Ridley Stroop in 1935. Physiologically, reading takes place in the occipital-parietal zone of the brain, whereas the fact of naming colour makes use of the frontal lobe. The result is a certain reaction time, which is further accentuated by the visual impact of the neon lights.
Bertrand Lavier once declared that one of the most important and elementary principles for him was precisely not wanting to be the prisoner of any particu-lar aesthetic. With this exhibition, it has to be admitted that he is not only not constrained to an aesthetic, but that he has fun with it.
Frédéric Legros
1 Marcel Duchamp, quoted in Thierry de Duve, Résonances du readymade, Nîmes, Éditions Jacqueline Chambon, 1989 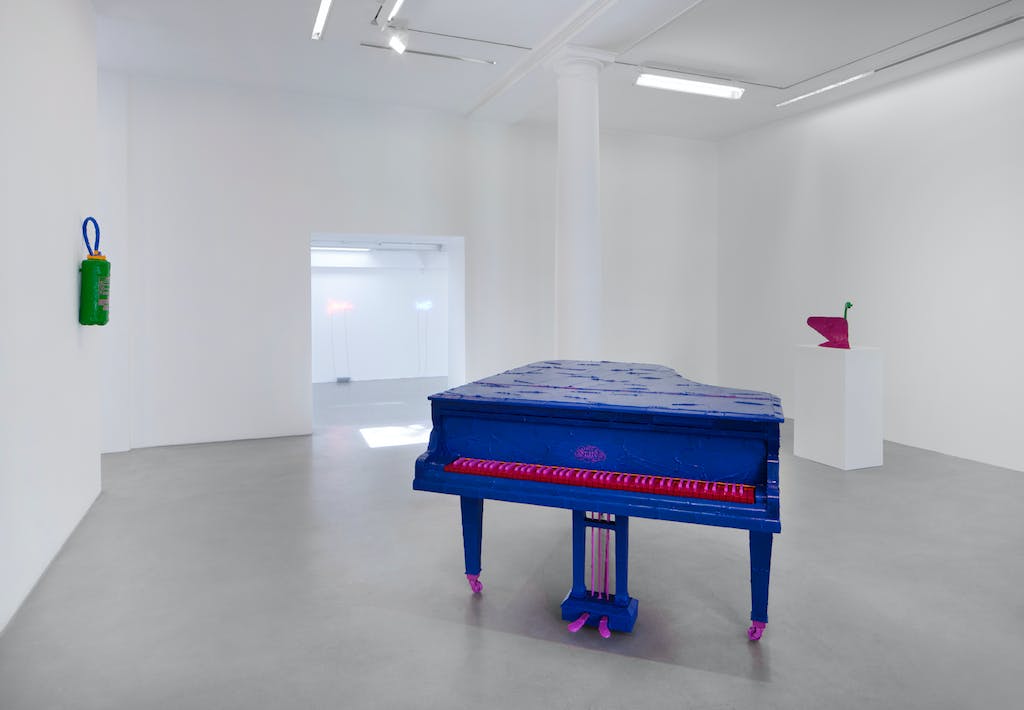 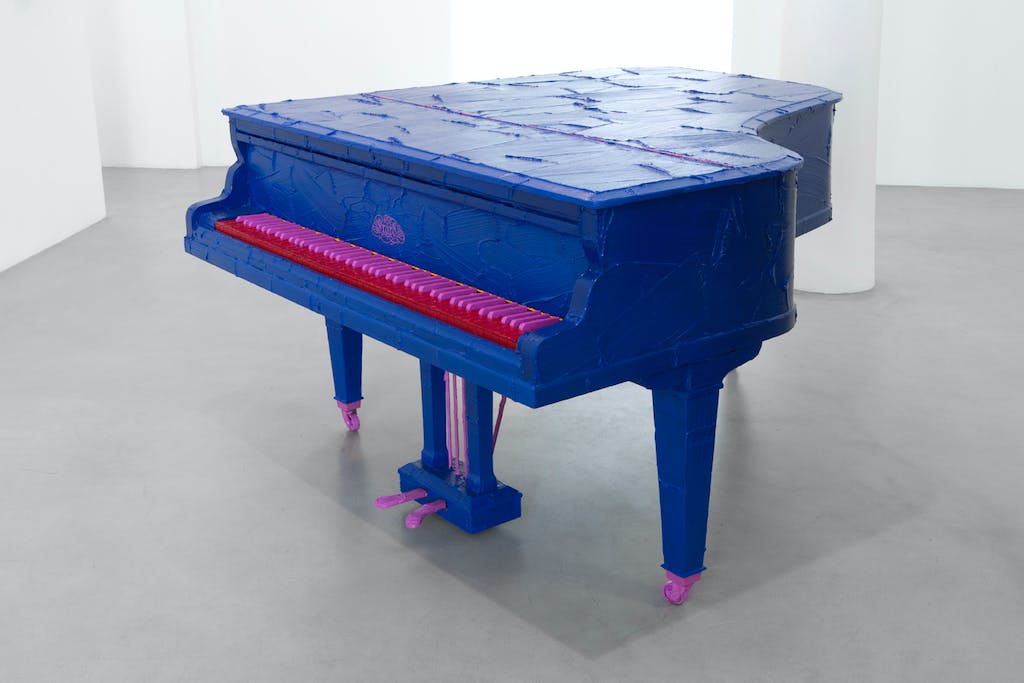 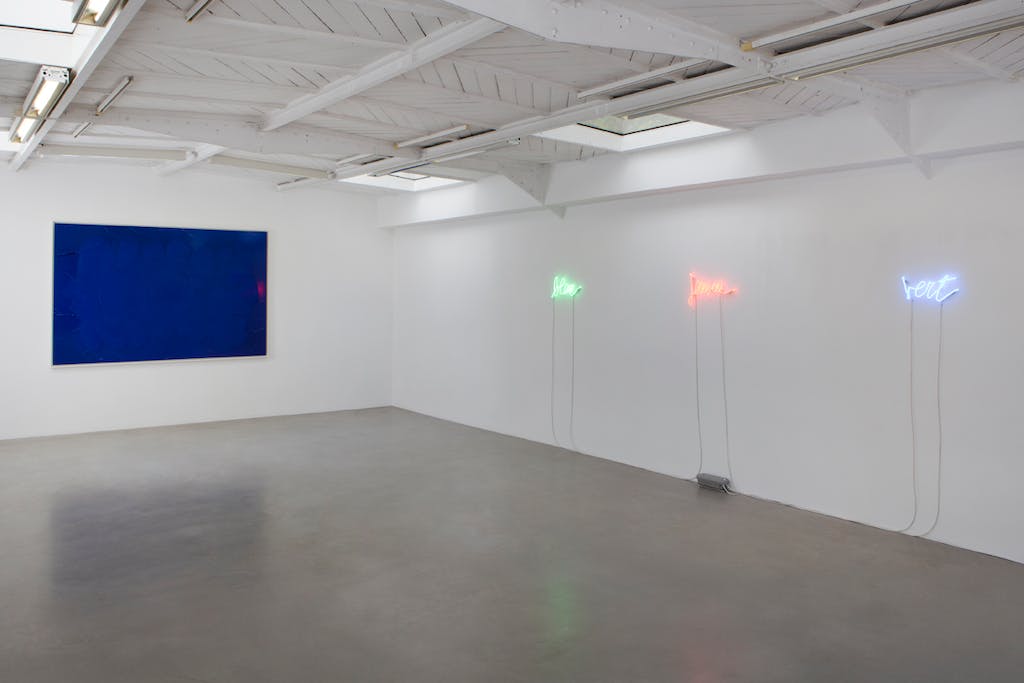 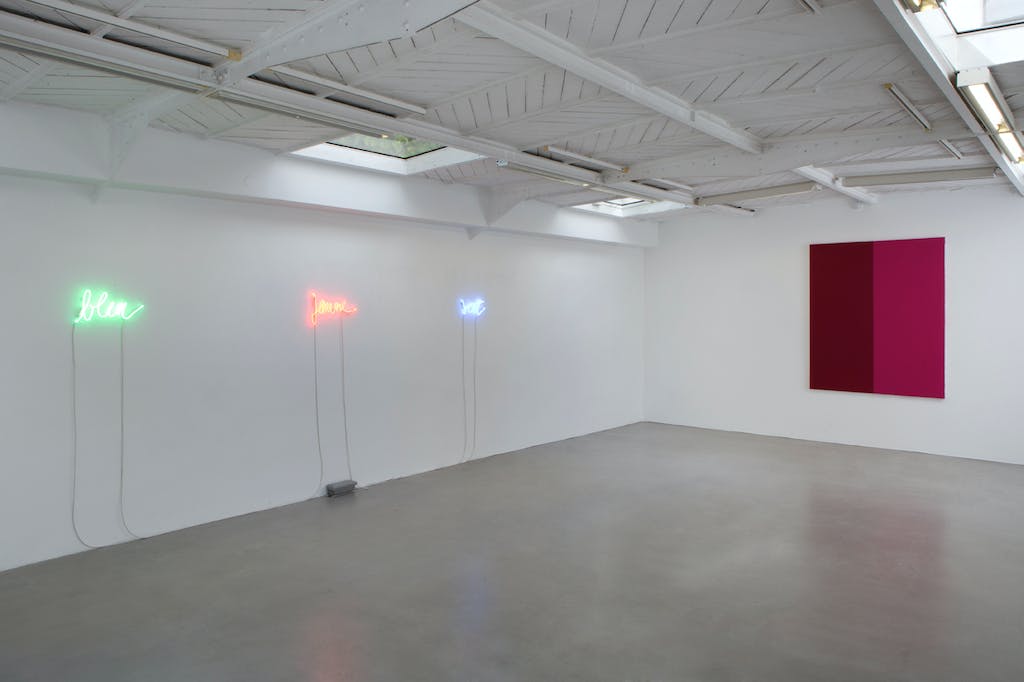 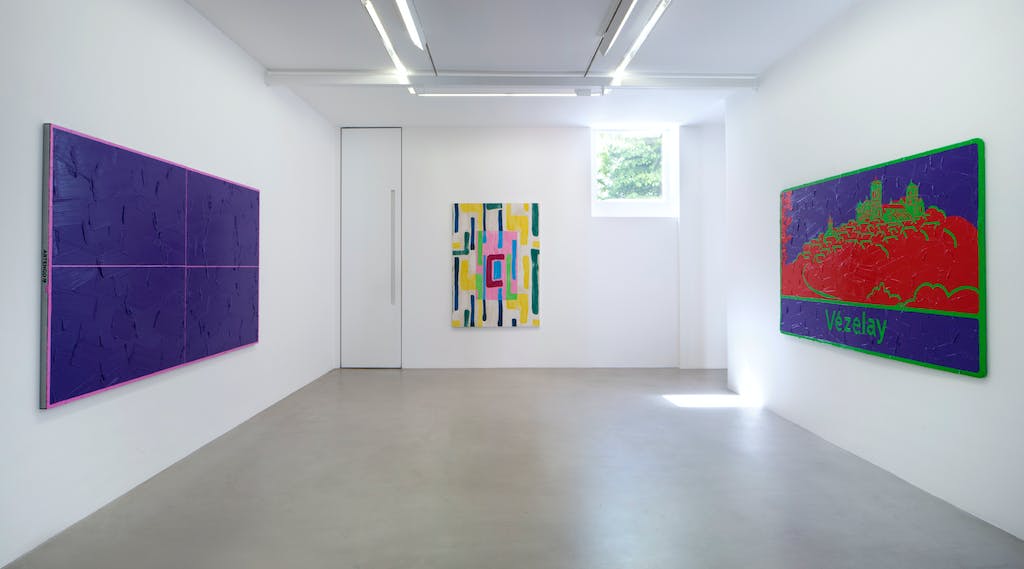 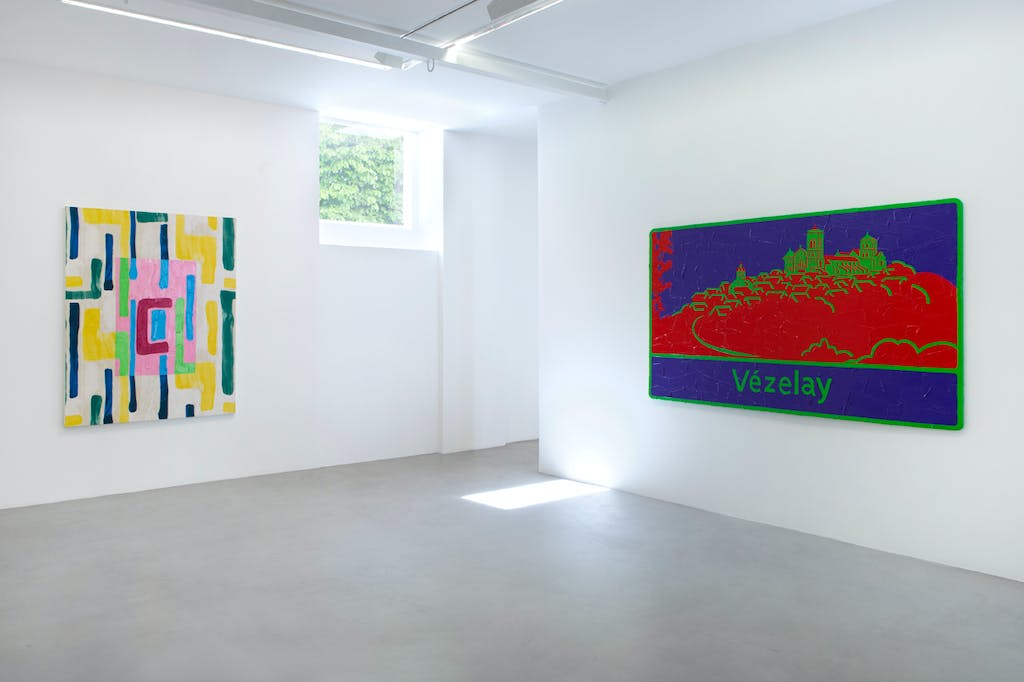