This spring (2011), the British artist Anish Kapoor is overseeing several
ambitious projects in Paris. As part of the Monumenta programme, his large
sculpture Leviathan will fill the space beneath the glass roof of the Grand
Palais (11 May - 23 June). Simultaneously, in the chapel of the Paris École
nationale supérieure des beaux-arts, the artist will be exhibiting a series of
his recent sculptures in cement: tall grey towers generated by software
and built by a machine (12 May - 11 June)..
For his first solo exhibition at galerie kamel mennour, Anish Kapoor is
showing a series of works based on the idea of the void and immateriality
– concepts that have been recurring since the middle of the 1980s.
Following Pigment Pieces, which brought him to prominence, the artist
began to hollow out stone with the aim of lining the interior with dark
pigment. He soon realised that the void was not empty: that it opened
onto an unfathomable obscurity, full of whatever terror each of us might
imagine there.
Each one of the sculptures brought together in this exhibition tackles a
specific aspect of Anish Kapoor’s work, which employs a very wide range
of techniques and materials: there are works in resin, polished steel,
pigments and fibreglass. Some of them are of true historic significance for
the turning points they represent in the artist’s career. One such example is
The Healing of St Thomas, shown at the Venice Biennale in 1990, where
Kapoor represented Great Britain. It was the first of the artist’s works to
actually incorporate architecture. It consists of an incision in the wall, a gash
whose interior has been lined with red pigment. It constitutes a reference
to the Catholic theme of the Incredulity of Saint Thomas: the gaping
wound in Christ’s body here becomes a wound in the skin of the building.
Sister (2005) takes the form of a gentle and discreet concavity hollowed
out of the wall, which seems as if it were breathing. Evoking a sort of
umbilicus mundi (navel of the world), it comes from a series of whitetoned
works inspired by the site of Uluru in Australia: pregnant forms that,
to be perceived, require the viewer to move around due to their quasi
invisibility.
The artist has been creating concave and convex mirrors since the middle
of the 1990s. The surface of Untitled (2011) appears at first glance to be
empty, but it is full of all the possibilities of a world that it swallows and
throws back out again. This inverted gaze constitutes what the artist calls
the “modern sublime”. 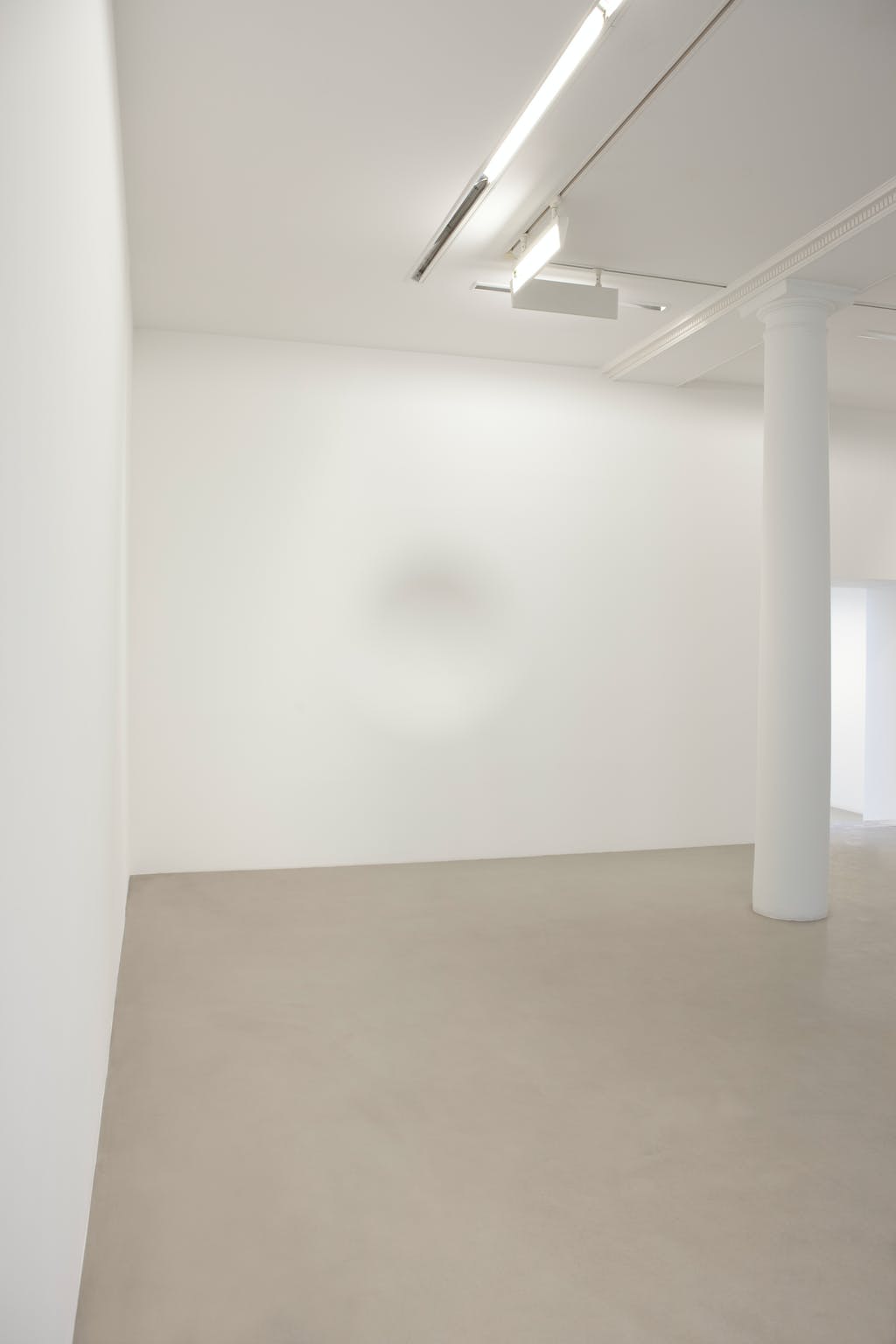 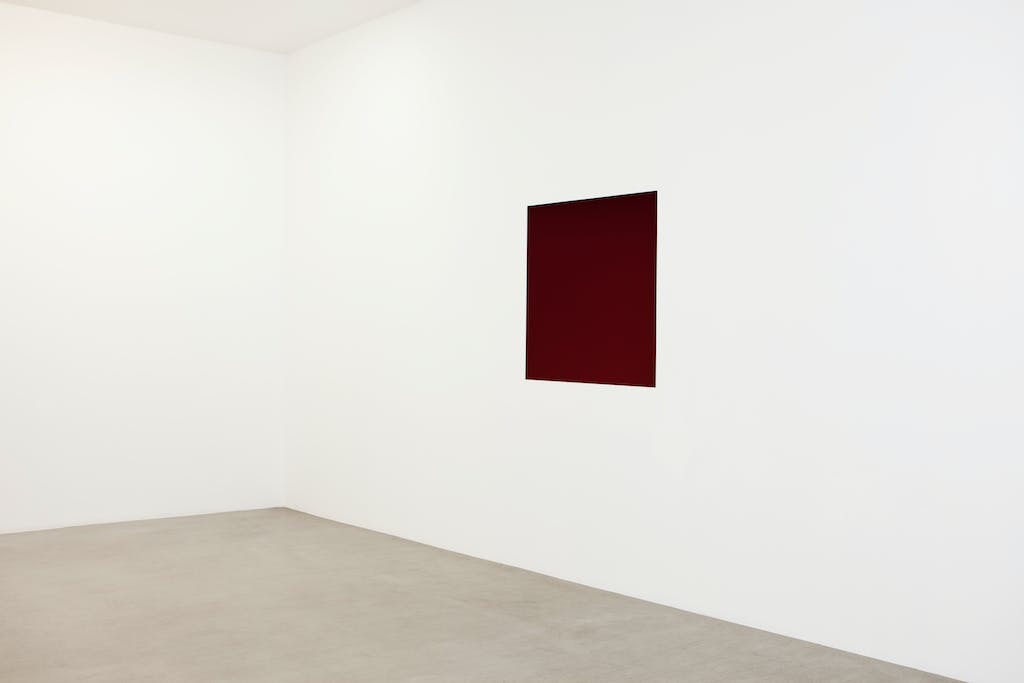 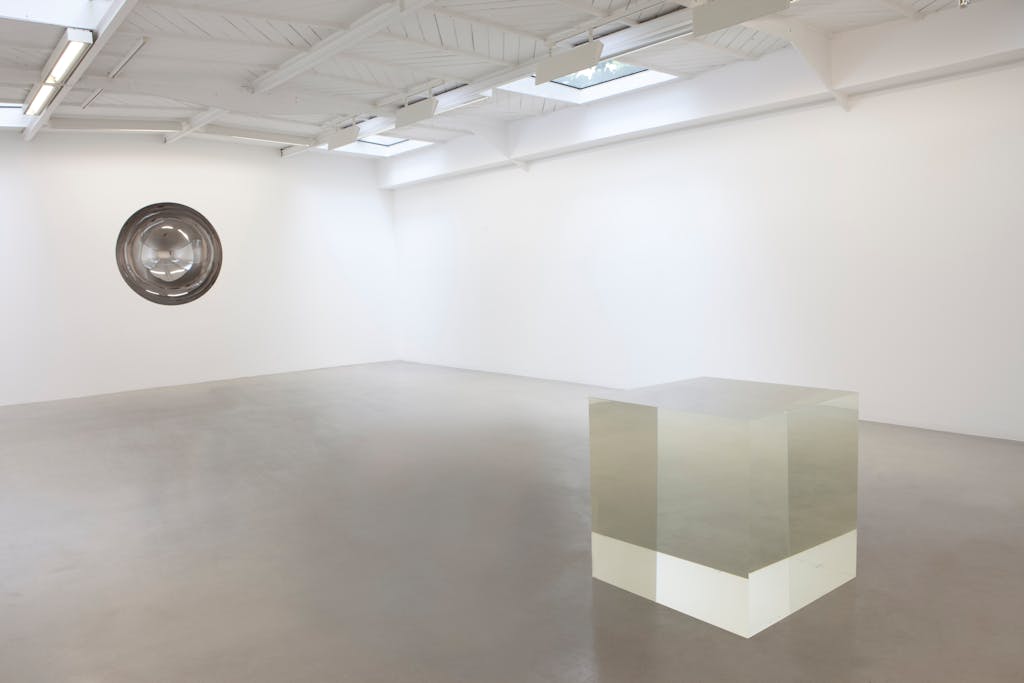 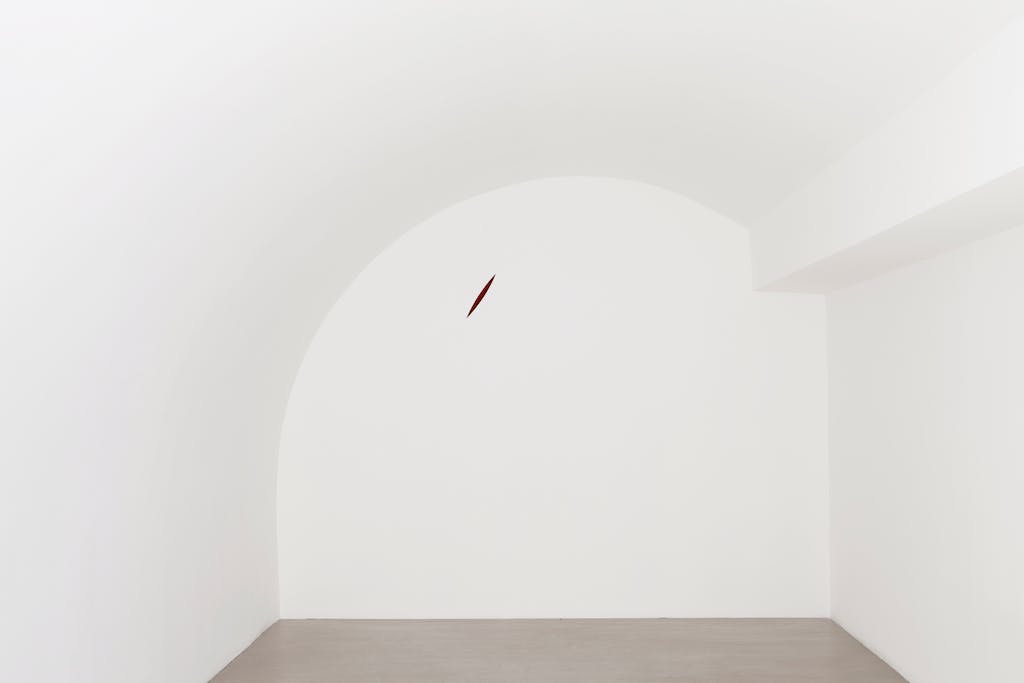